After three years of cancellations due to the coronavirus, the Iya Valley Summer Festival has finally returned with joyous fanfare. Held on July 23rd, people came from around Miyoshi City and elsewhere to enjoy an evening of food and events.

When the sun finally set and the warm evening grew dark, the events at the Iya Summer reached their climax. Lots of people had by now converged on the site, giving it an even more rowdy atmosphere of celebration. 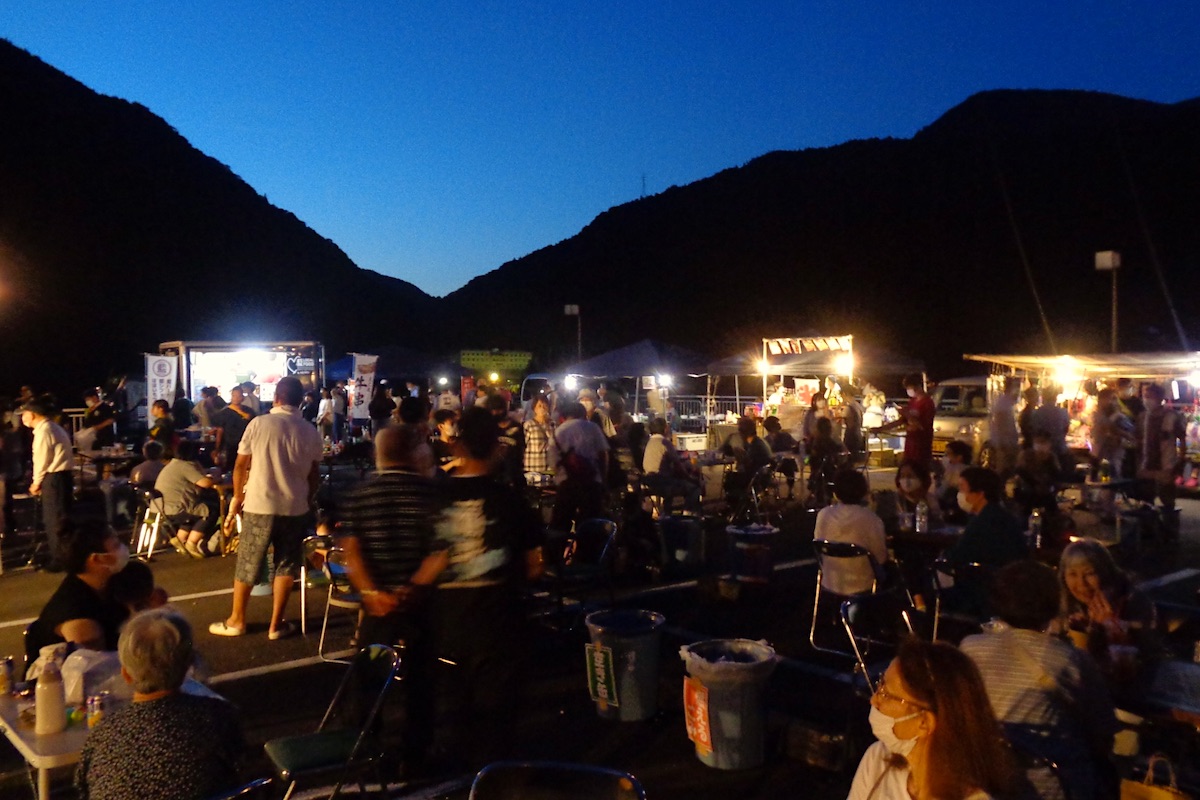 Awa-Odori busts through the crowd!

Probably the most famous summer dance in all of Japan is the Awa-Odori of Tokushima Prefecture, which is the prefecture where Miyoshi City’s Iya Valley is located. 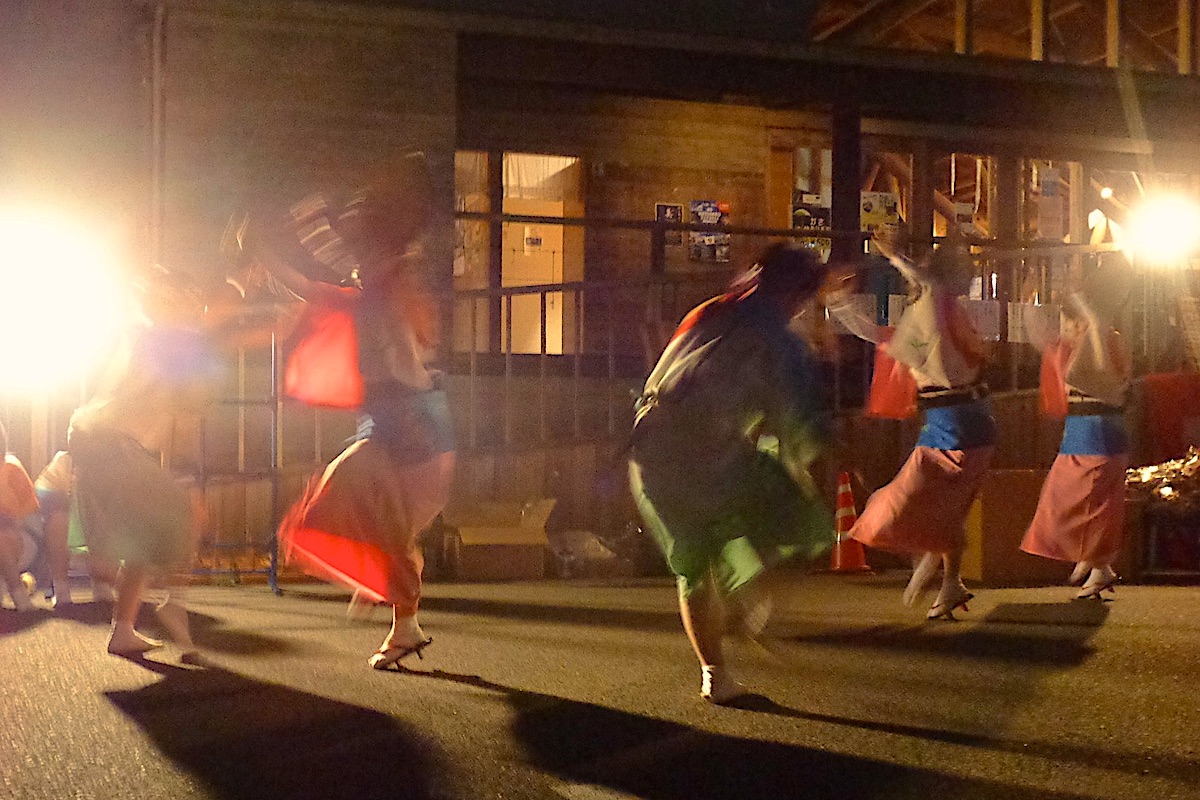 This traditional dance has been performed across the region each summer for centuries, so for the residents of Tokushima, the distinct flute and drum melody along with the lively cavorting of costumed dancers isn’t just a tell-tale offering of the season, but it is also an intrinsic part of their identity.

At this year’s festival, the energetic Wakabaren Awa-Odori troupe from Miyoshi City was on hand to perform for the welcoming crowd. The large group had several different styles of dancers, each offering a unique choreography and costume style. 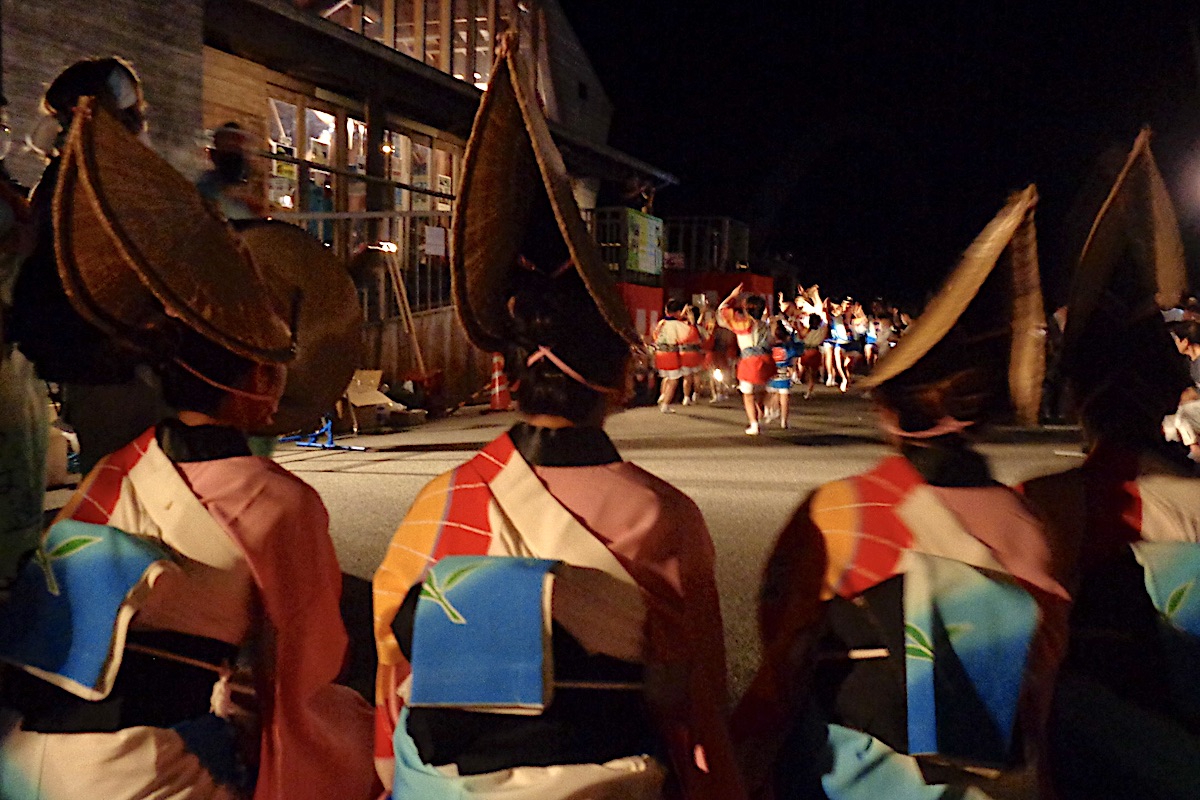 Their rapturous synchronicity was excellently maintained by the boisterous rhythms of the musicians, and along with the wild cheers from the audience it was clear that a three year absence was much too long of a wait for this beloved Tokushima tradition. 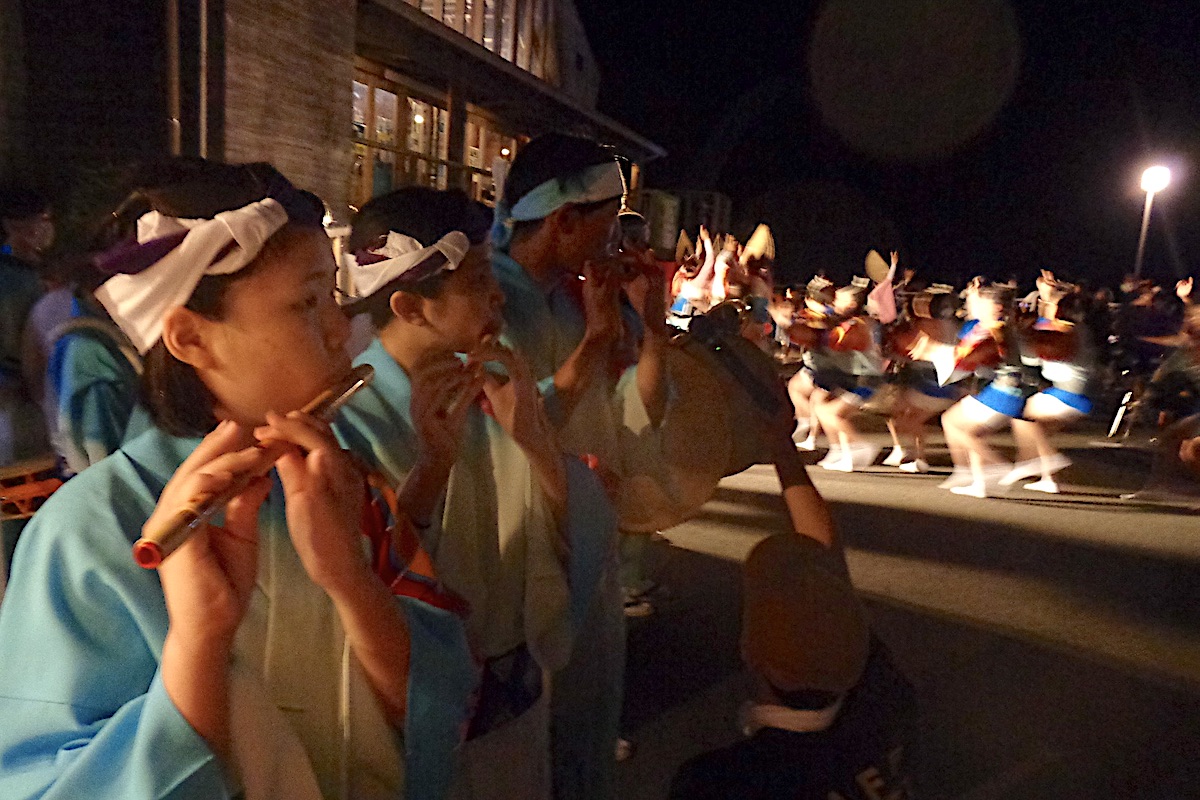 Raffling off the fun

After the dancers completed their performance, the next event was the raffle, which at the Iya summer festival it is always notable for its extravagant prizes.

As the winning numbers were gradually announced, everyone whooped and cheered with delight as each winner ran up to collect their bounty. The first prizes were small, but they increasingly grew in value as the event proceeded. 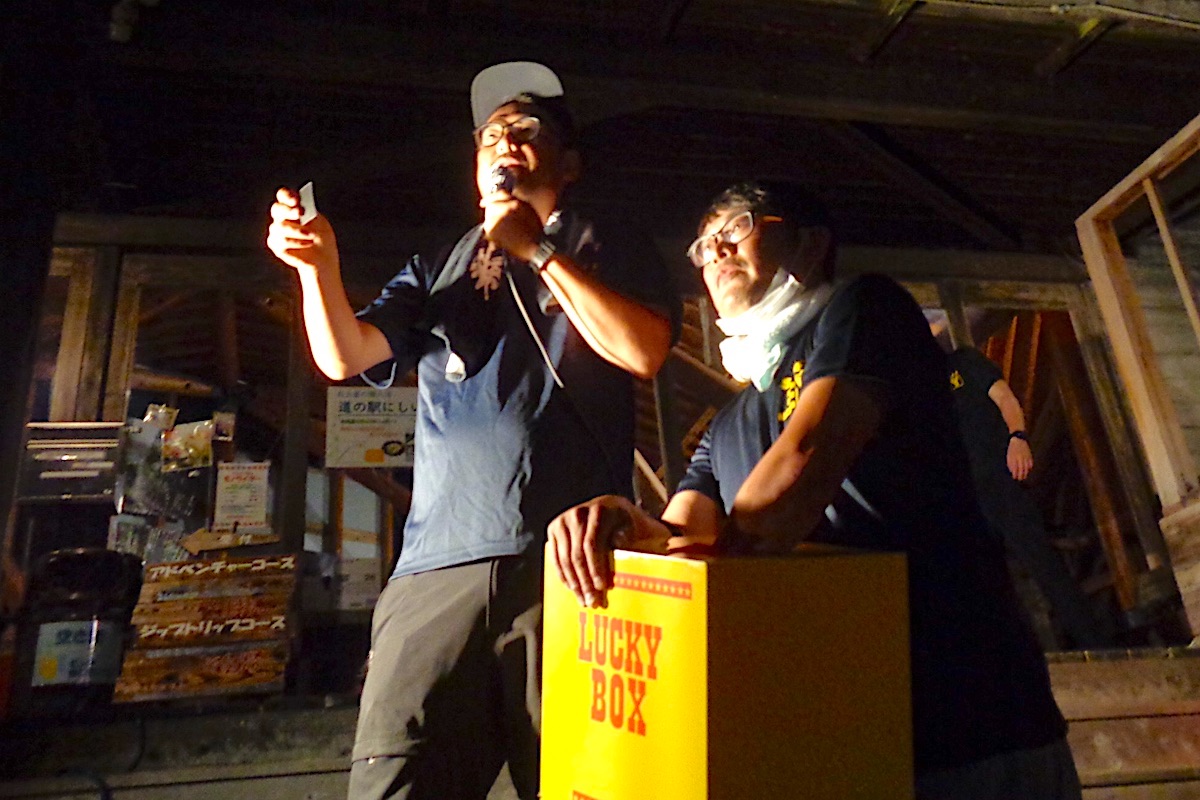 Actually, there were several dozen prizes given out, so it seemed like a good portion of the audience was able to win something.

And though the MC calling off the winners was clearly enjoying himself, make no mistake, the summer raffle was taken pretty seriously by the whole crowd, with the final prize at stake being a huge 50-inch TV. 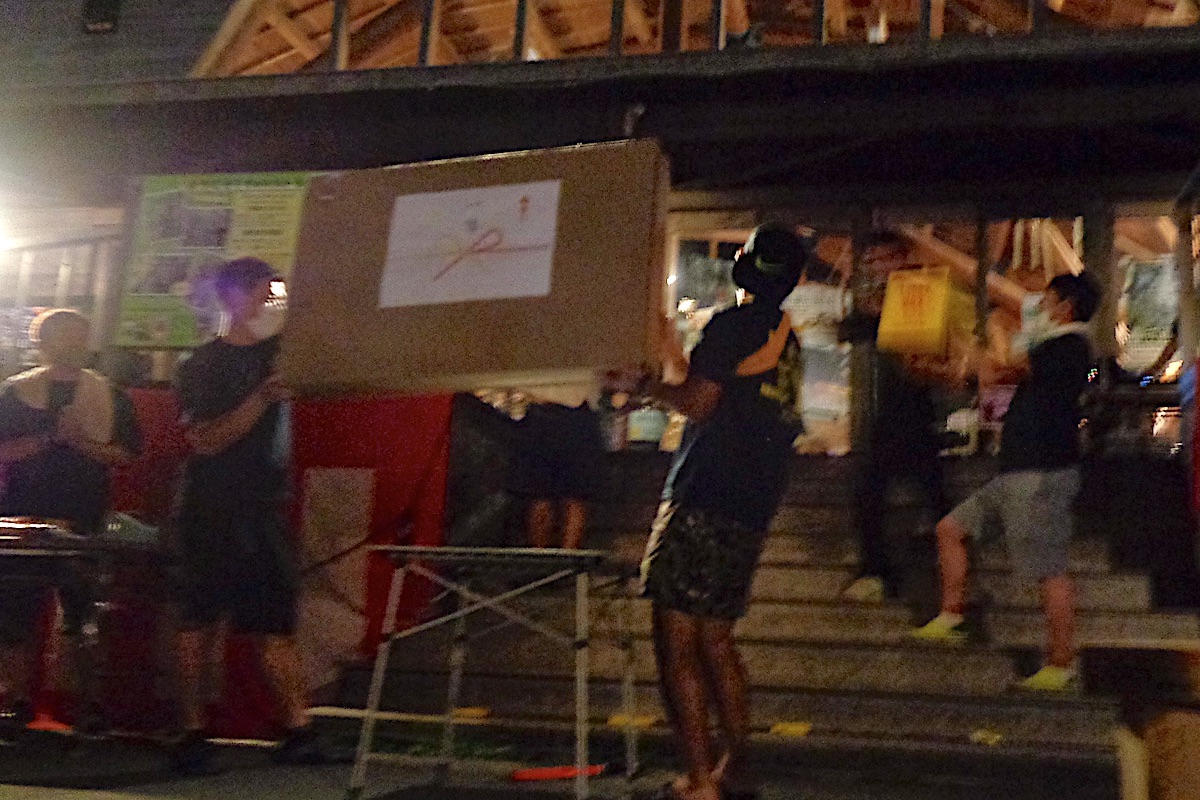 Decorating the night sky of Iya

The final event of the evening was the much anticipated fireworks display.

From across the river a thunderous boom signaled the start of this colorful arial performance, and everyone’s attention was immediately focused on the dark sky. 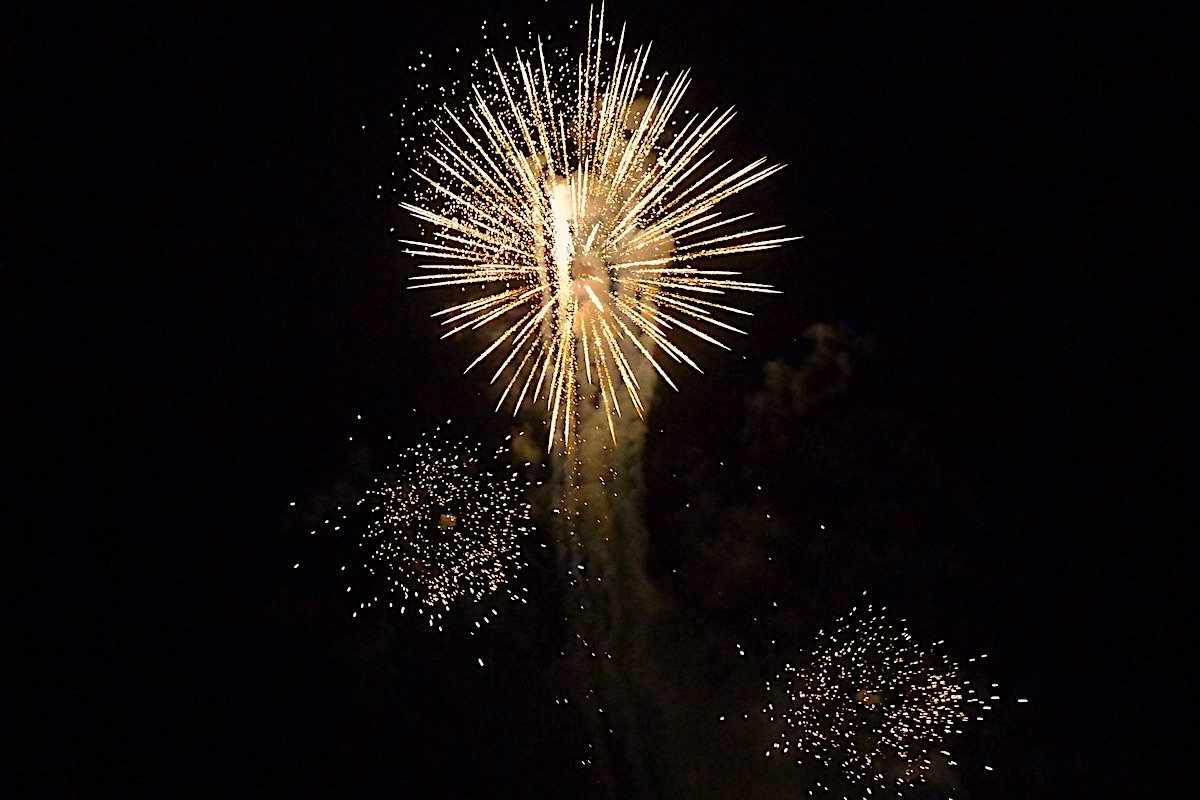 Unlike other venues for fireworks elsewhere, the condensed space of the narrow Iya Valley means that the fireworks aren’t seen far away, but they are instead so close that they are almost on top of everyone. And the surrounding mountains make the blasts and crackles resonate with even more intensity.

One after another the brilliant bursts of fireballs exploded above, while at the same time expressions of glee erupted across the faces of everyone here. 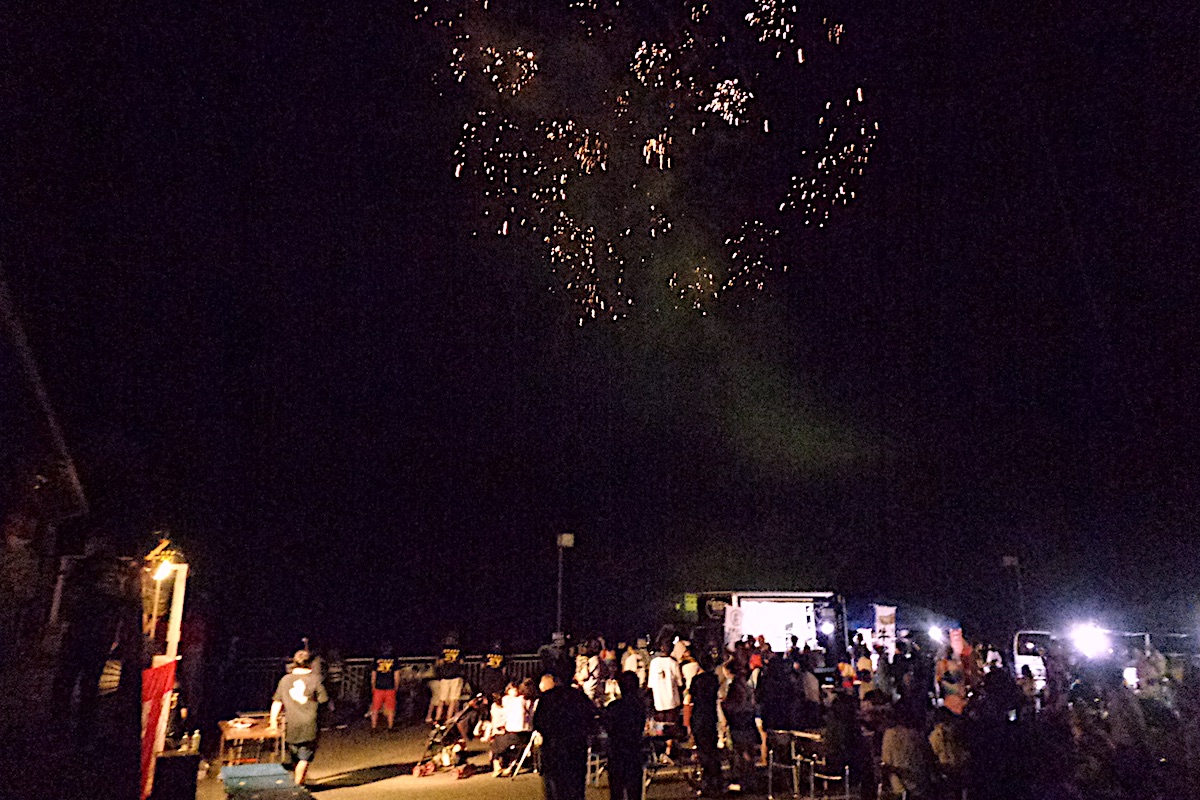 And with a final cavalcade of blasts that rained down a wave of glowing sparks the Iya Summer Festival came to an end. After a three year delay it felt like life was finally returning to normal, and the people of Iya were particularly happy that they could enjoy such events together once again.

For more information about future events in the Iya Valley area, check the Event Page on the IyaTime website: