Every summer since ancient times, the people of the Miyoshi City’s remote Iya Valley have performed a traditional “rain dance” in order to bring good fortune to the whole area. Held for the first time in 3 year on July 23rd, this timeless custom is nationally recognized as an Important Folk Culture Asset.

Passing on an esteemed tradition

After the performance I met again with Takeo Onodera, who is the head of the Zentoku Jindai-Odori Preservation Society. During the event it was his task to blow the conch shell for cueing the dancers.

He was particularly happy to revive the dance after its three year absence, and that lots of local people participated in making it happen, from making the bright paper hats to taking part in rehearsals. 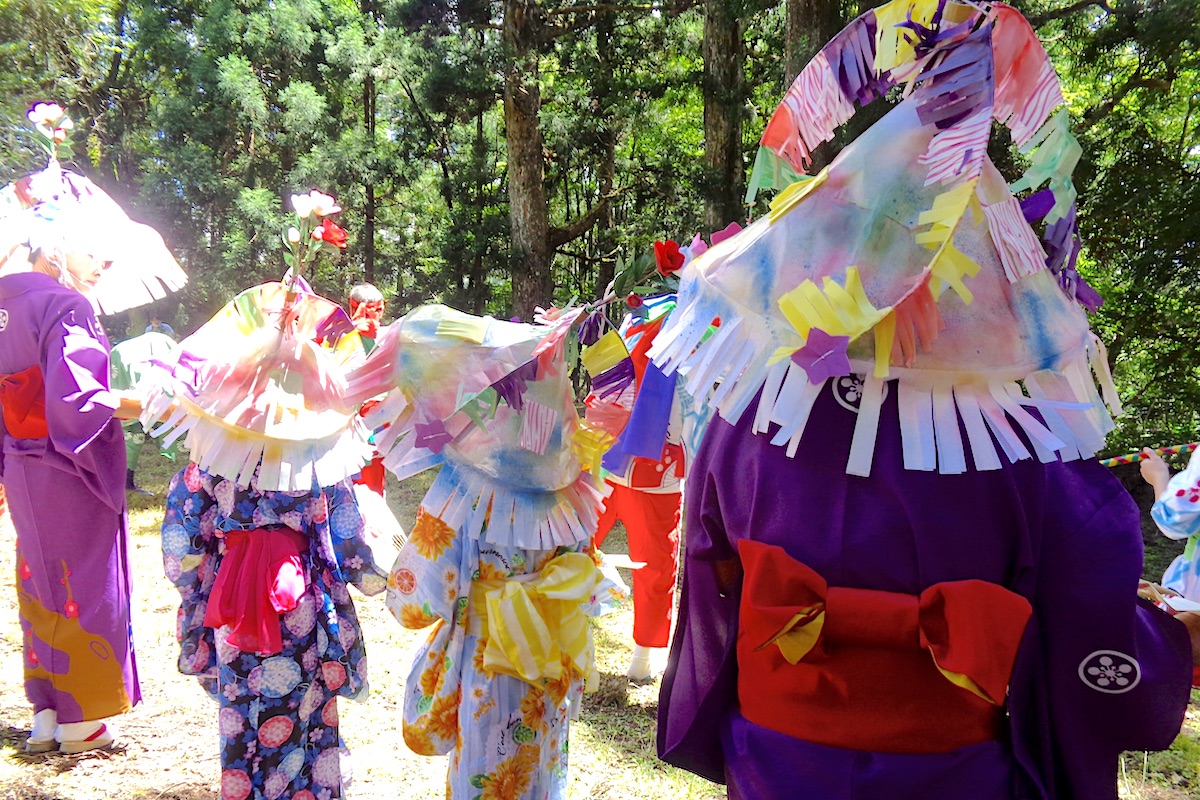 He also explained a bit more about the origin of the name Jindai-Odori, and it seems that this wan’t the original name. As it went, for times too long to know, the dance was simply known as Taiko-Odori (“Drum Dance”) or Kasa-Odori (“Hat Dance”).

But in the 1920s Iya was visited by the then-crown prince of Japan (who would eventually become Emperor Hirohito), and when he saw this dance, he asked what it was. The local people explained it started so long ago, that it began during the “era of the gods” (“jindai”), and ever since then it was called that. 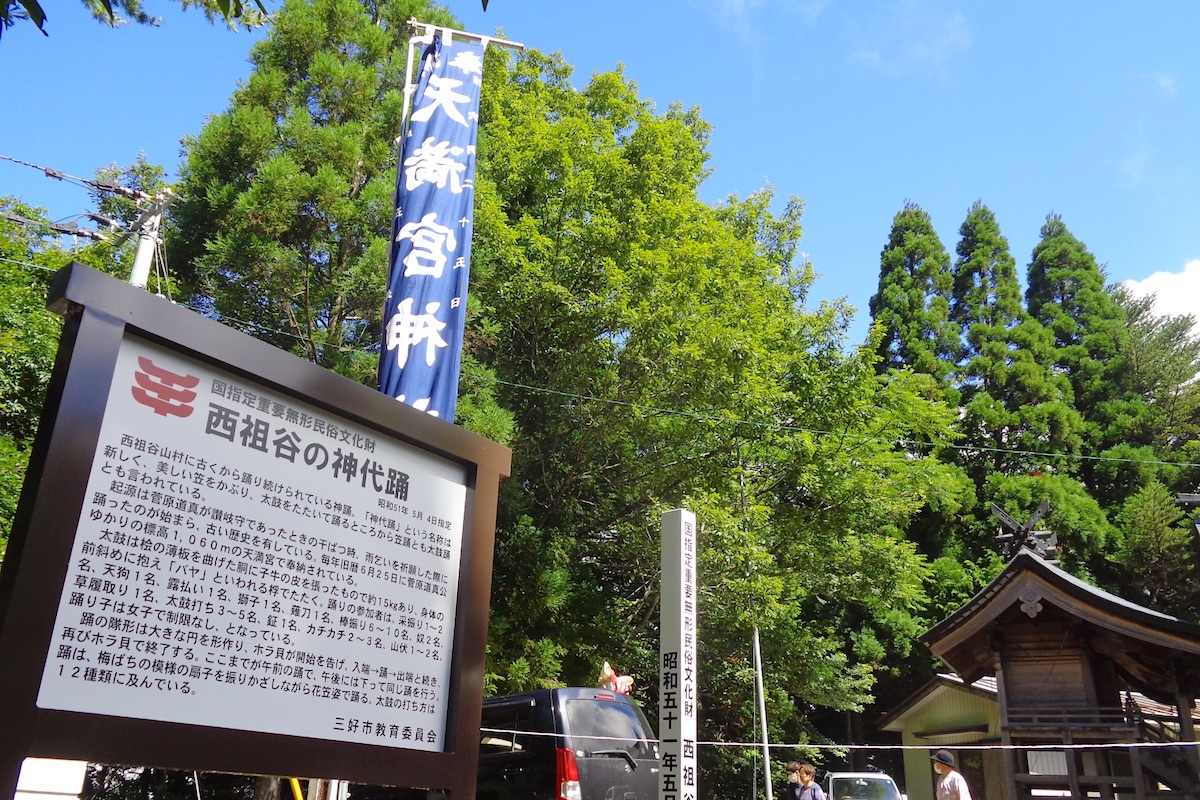 Among the two dozen or so performers, about half were adults and the rest were children. The older veteran dancers explained how proud they were to introduce this dance to the youth of the village in the same way that they learned it themselves. 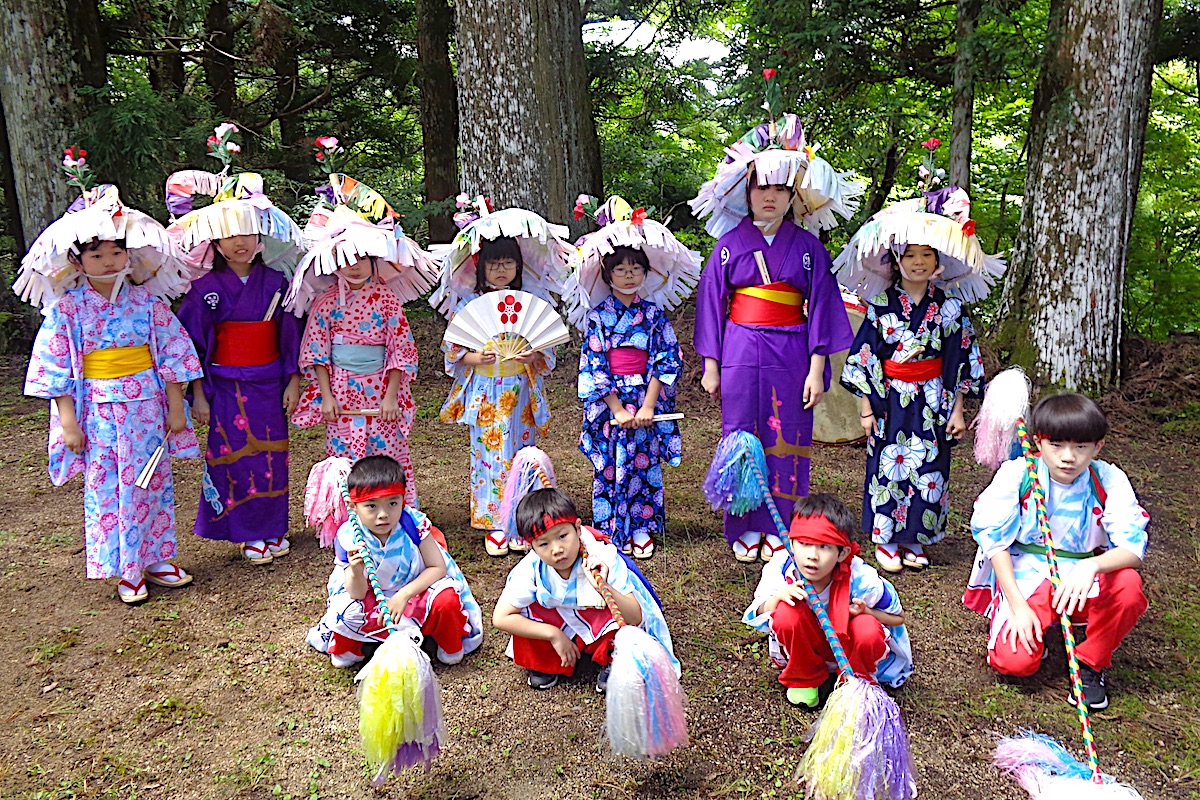 Being that this is part of their local cultural heritage, the children practiced the dance together in the preceding days at the local elementary school. Both the school principal and a couple teachers were present to satisfyingly watch them take part in this traditional performing art. 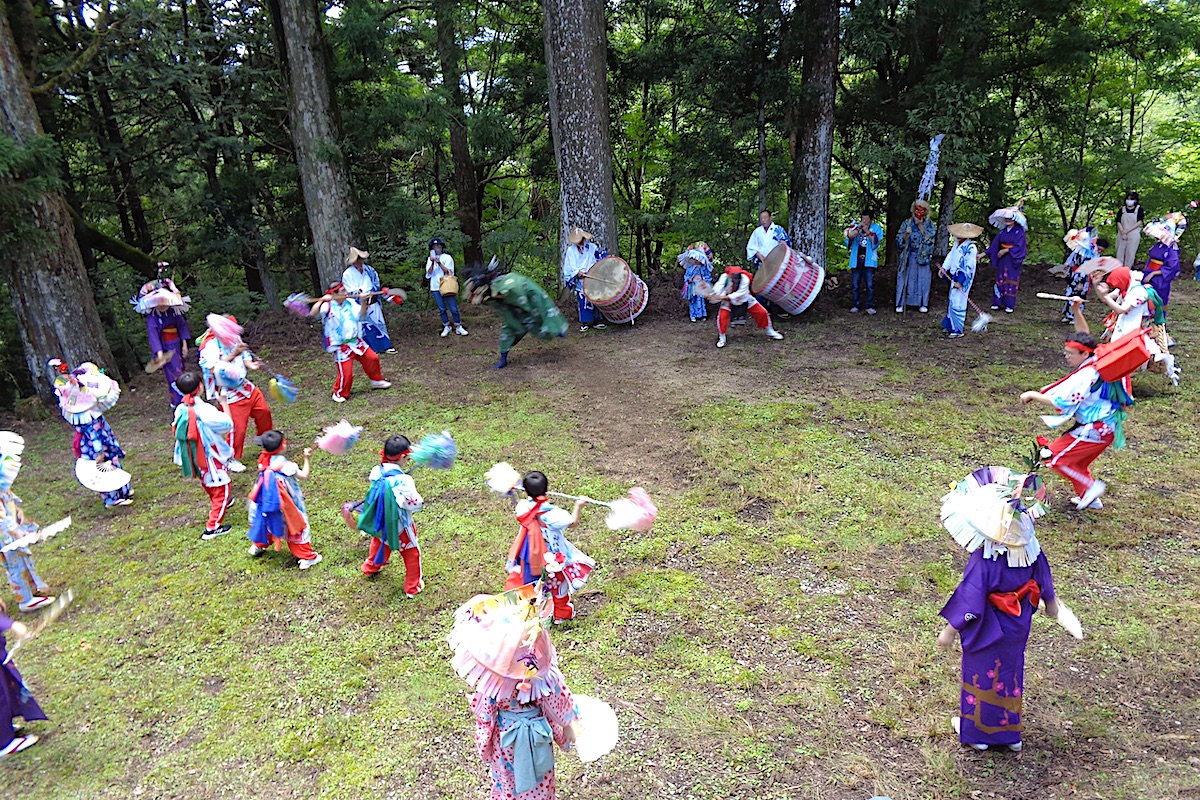 I asked one of the older women dancers who was dressed in one of the beautiful outfits how she felt about finally being able to do the dance for the first time in three years.

“I’ve been doin this dance since I was a first year elementary school student, so even if there are years when I don’t do the dance, my body still remembers the movements,” she explained. “Also, when I was younger there were more children living here, so space was limited to only those who were selected.” 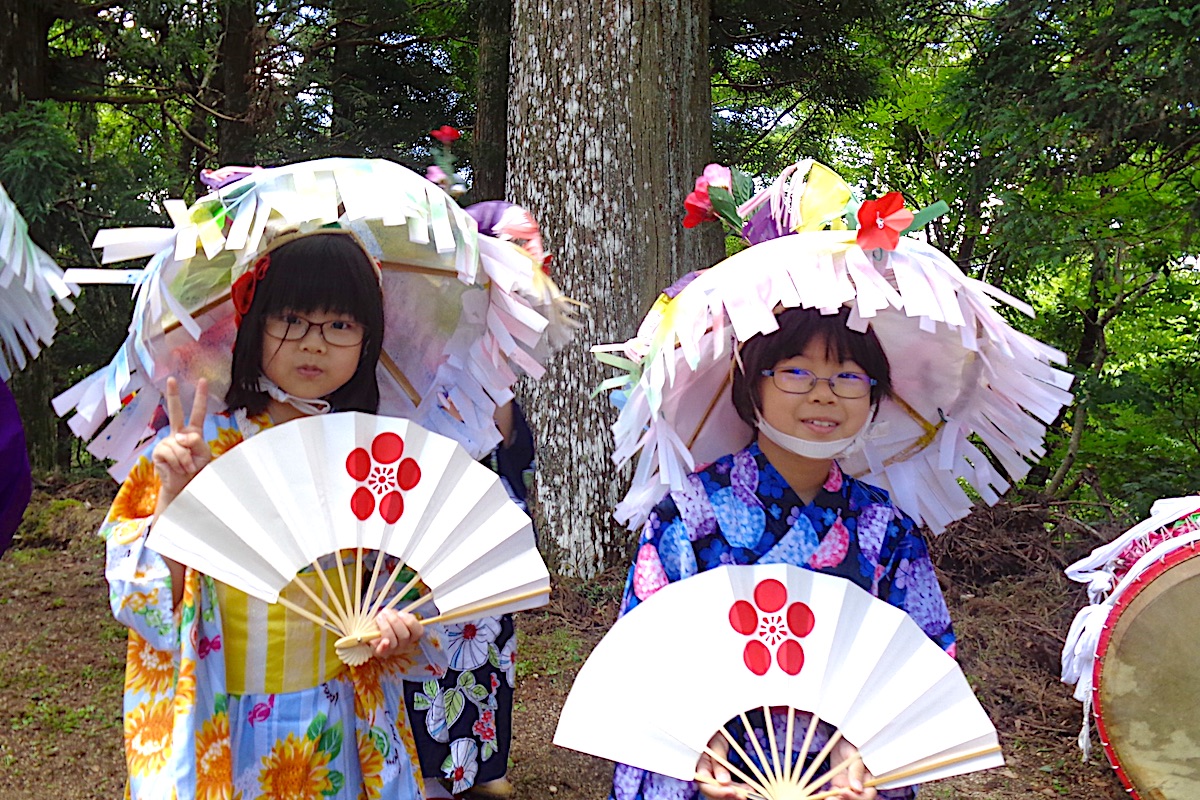 But even though the population has decreased since she was younger, it now means that all children from the village can participate. And for sure, the spirit of this historic dance is still reverently kept alive by the local people and continues to bring the community together in hopes of good fortune.

And in case you’re wondering, the week after the dance was held a typhoon passed over southern Japan, and the Iya Valley received a fairly good amount of rain.

Held annually on the 25th day of the 6th Lunar month according to the old Japanese calendar (aka Chinese calendar). In 2023, it will be August 11th. The costume preparation and initial performance takes place starting from about 8:00am at the bottom of Zentoku village in Nishi-Iya, not far from the main Kazurabashi Vine Bridge. At about 10:00am the main ritual and performance is held at the Zentoku Tenmangu Shrine at the top of the mountain.