Mt. Tsurugi – A Mountain Steeped in Legend and Mystery – Part 3

For many Japanese people, the country’s mountains are revered as home to both spirits and legends, mainly due to their harsh conditions and otherworldly heights that reach into the clouds. But unlike other mountains in Japan, Mt. Tsurugi has one story that probably beats them all, with its origins reaching far, far back before recorded Japanese history to the days of ancient Israel. 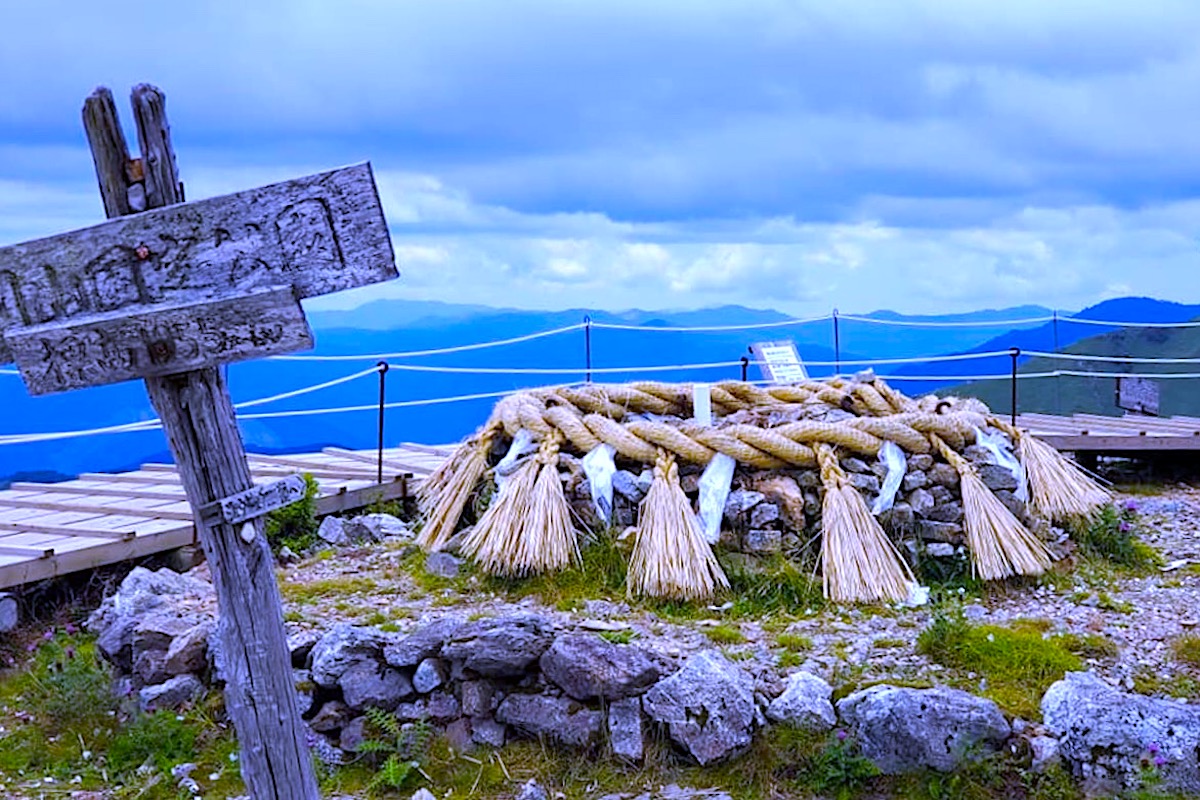 In the 1930s, a man named Masanori Takane had become obsessed with researching archaic Japanese legends and comparing them to biblical texts. With a bit of geography and geology thrown in as well, he made his way to Mt. Tsurugi and began to dig up the mountain. What was he looking for in his excavations? Well, according to his research, he truly thought this was the hidden resting place of the Lost Ark of the Covenant, and he wasn’t the only one to ever believe this.

For those unfamiliar with the Lost Ark (in case you did not see the original Indiana Jones movie) the Bible story explains that in ancient Israel thousands of years ago, Moses brought forth the Ten Commandments on stone tablets, and they were placed into a special Ark, which was a large golden box and carried on poles by several white robed attendants. 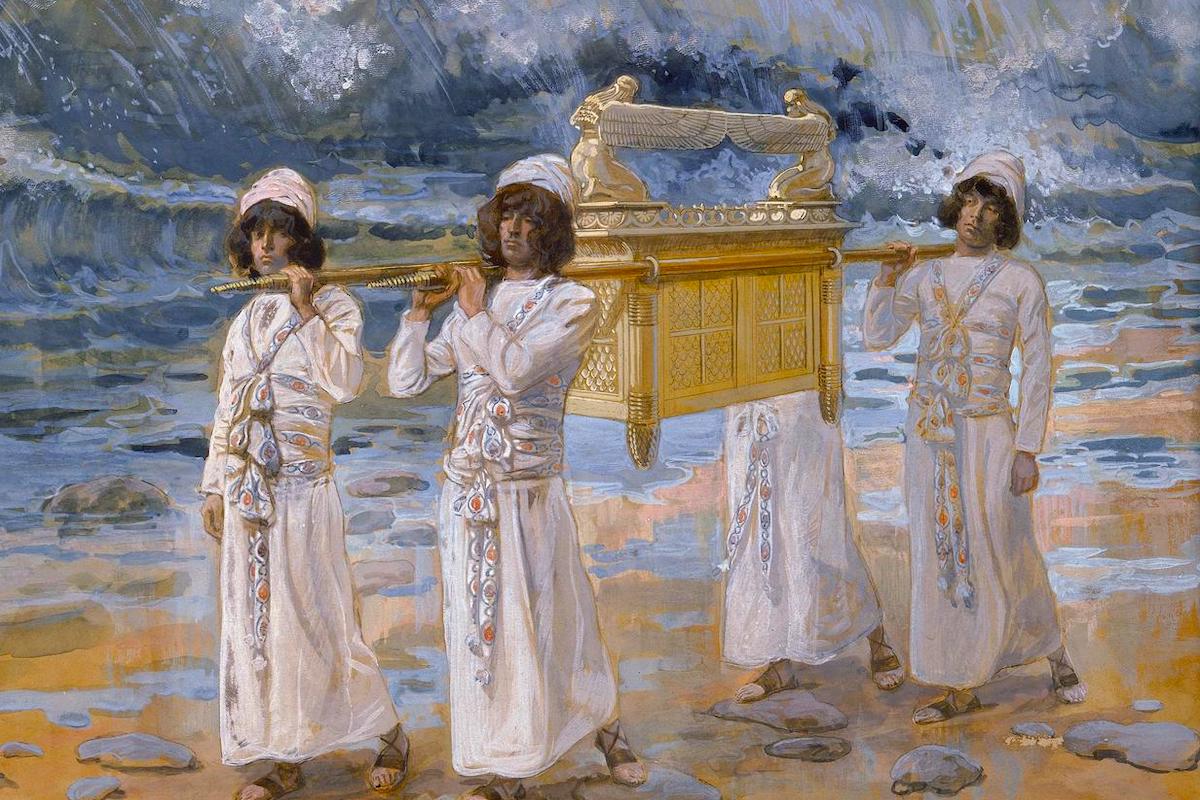 But many years later after the fall of ancient Jerusalem, the whereabouts of the Ark became unknown, and now nobody knows where the Ark is hidden. Many people now believe it’s in Ethiopia, but Takane was certain that it was buried in Mt. Tsurugi.

One of Takane’s main citations of evidence is how the annual ceremony done on Mt. Tsurugi (as described in Part 2 of this article) where since times immemorial people ritually carry a golden mikoshi shrine as a vehicle for the gods around the mountain top is oddly similar to the description of the Ark (this mikoshi carrying tradition is actually done at shrines all across Japan, but the origins for doing it are murky and Takane claimed the roots for this now nation-wide custom were brought to Japan thousands of years ago by Ark carrying Israelis). 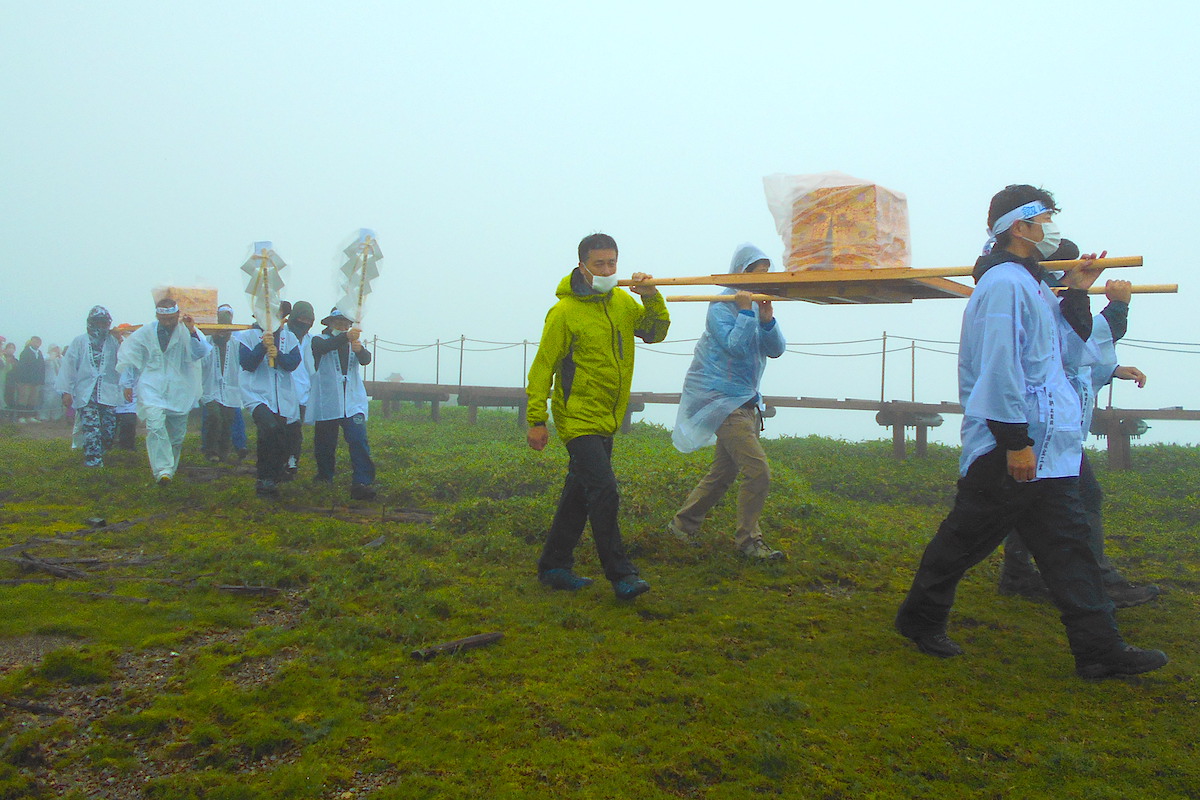 Takane spent nearly two decades looking in the mountain for this renowned treasure, and though he obviously never found it, he did discover some secret caves as well as some strange artifacts. 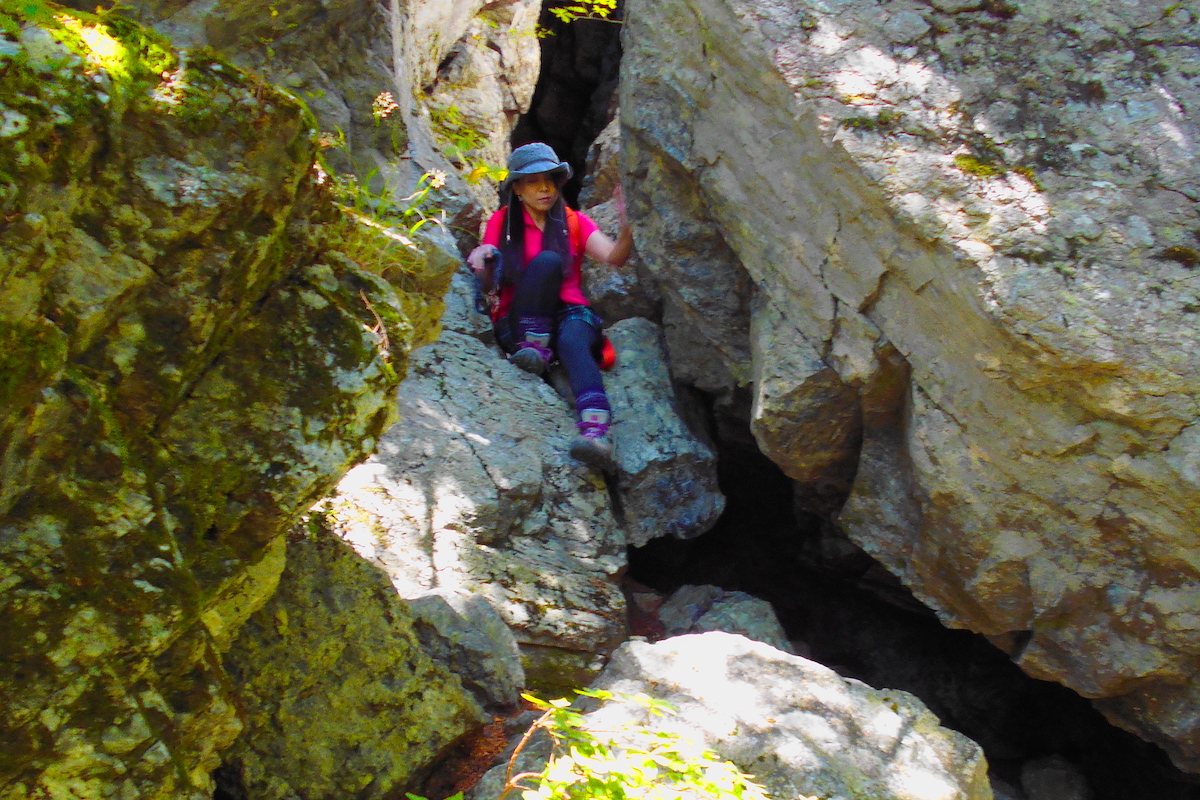 Other hunters soon followed, with some believing it wasn’t just the Ark hidden here but also the vast treasures of King Solomon. Some even went on to claim that Mt. Tsurugi was not a natural mountain but actually a man-made pyramid. 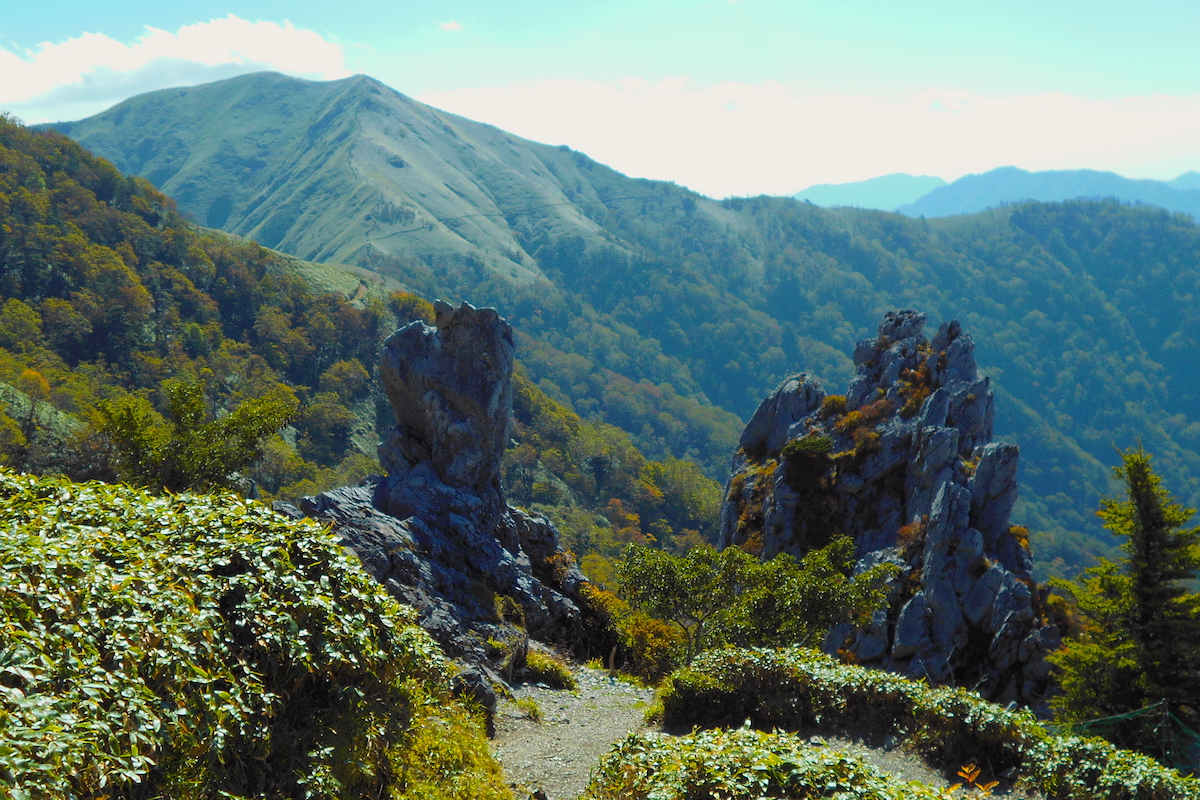 Takane’s archeological digs abruptly ended in 1952 when he supposedly discovered a mummified corpse. He gave no reason for abandoning his life-consuming project, but in 1956 a final dig was started by a different group of treasure hunters, but this was stopped by the government a few years later when the whole area was designated as the Tsurugisan Quasi-National Park.

So since the park’s inception in 1964 no more digs have been allowed for environmental reasons, but some say this is just a ploy to keep whatever is hidden here safely entombed forever while being guarded by Tsurugi’s cryptic Shugendo holy men. 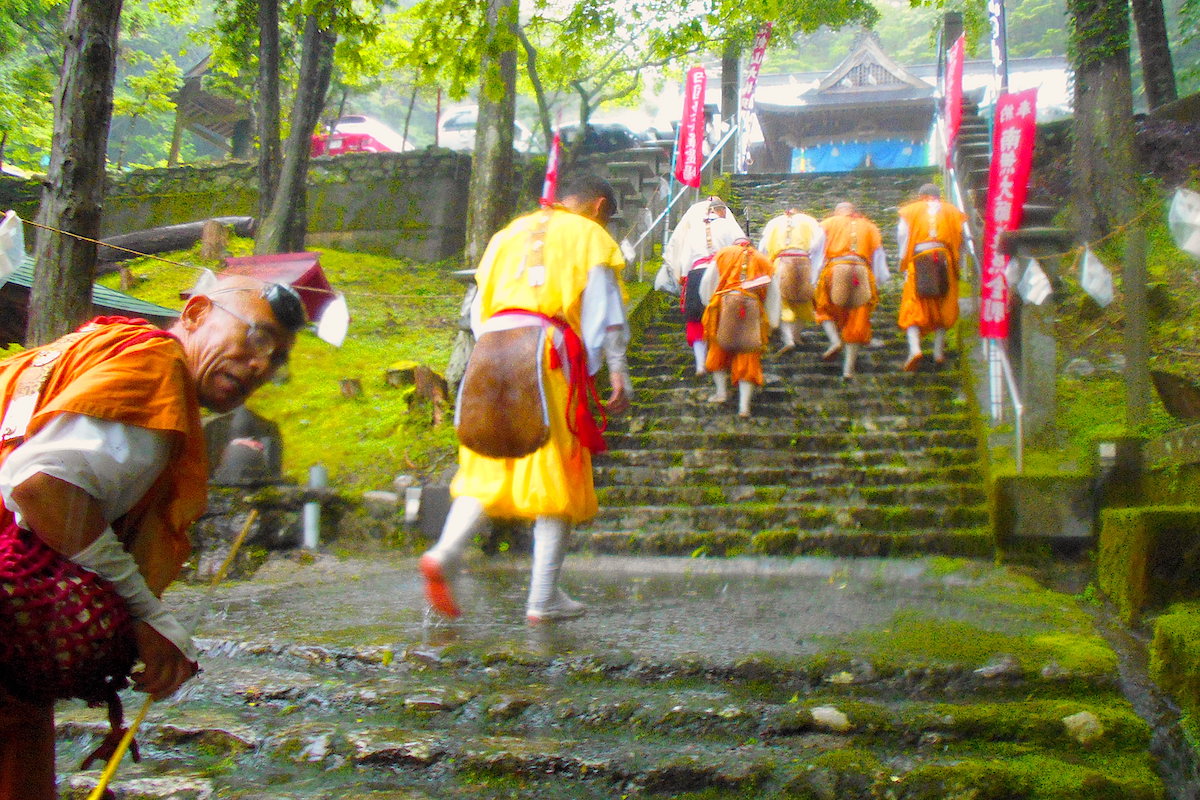 Rejuvenating waters? Transcendently starry skies?  Emperor’s Swords? Esoteric monks? Mountain spirits? The biblical commands of God? There is no doubt this formidable mountain holds a special attraction for many people.

But regardless of your interest, it’s a wonderful place for discovery, even if you are only seeking a tranquil hike through some beautiful, primeval nature.

And for more info about the legends of Mt. Tsurugi, check the Tsurugi Mystery Spot website (in Japanese):