Mt. Tsurugi – A Mountain Steeped in Legend and Mystery – Part 1

Standing 1955m tall, Mt. Tsurugi dominates the landscape as the second highest mountain in all of western Japan. This illustrious mountain sits near the center of Tokushima Prefecture at the farthest end of Miyoshi’s Iya Valley, and is noted as being one of the “100 Famous Mountains of Japan”. 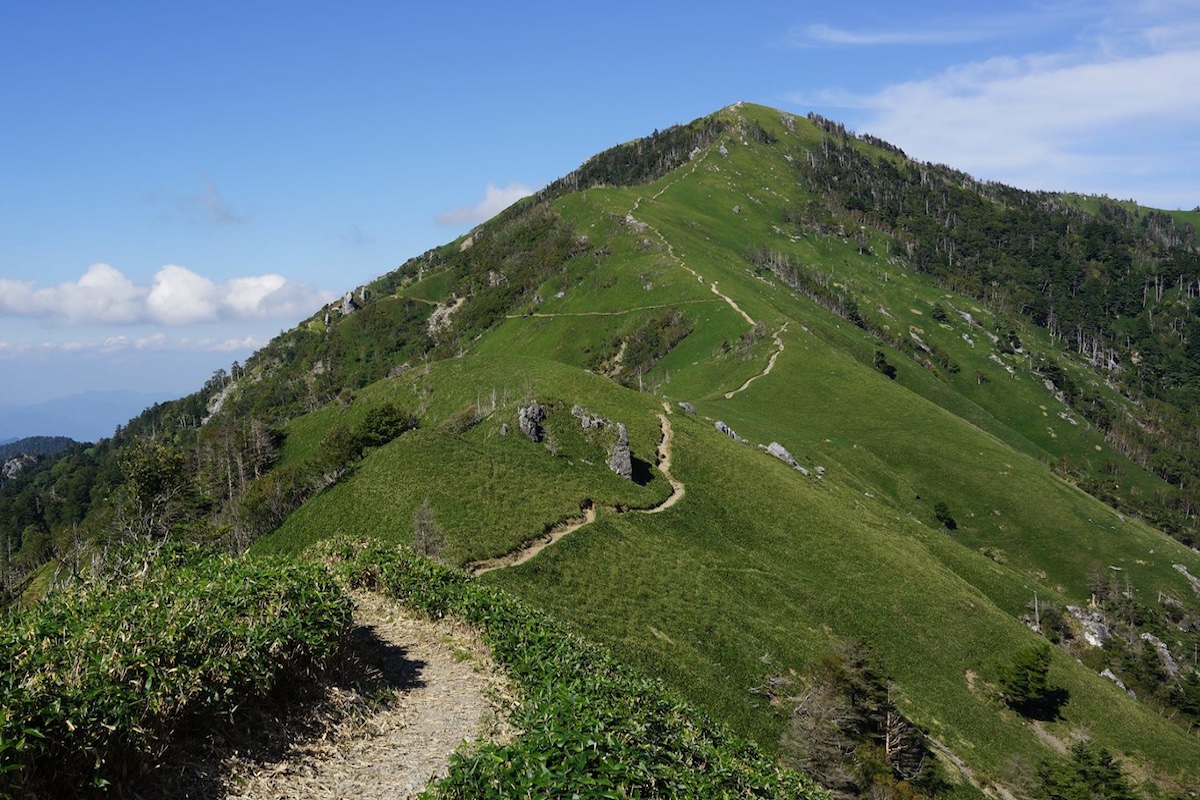 Home to a variety of vegetation, from rare flowers to a splendid array of trees, the vast area surrounding this grand mountain is designated as the Tsurugisan Quasi-National Park.

A Pristine and Sacred Place

Emerging from the mountain’s western face is the source to the emerald Iya River, though up here it springs out as just a trickle. Also on this side of the mountain is the “Oshikimizu” spring, located a bit below the Otsurugi Shrine, and is revered as being one of Japan’s “100 Famous Waters” due to its pure and clean taste. 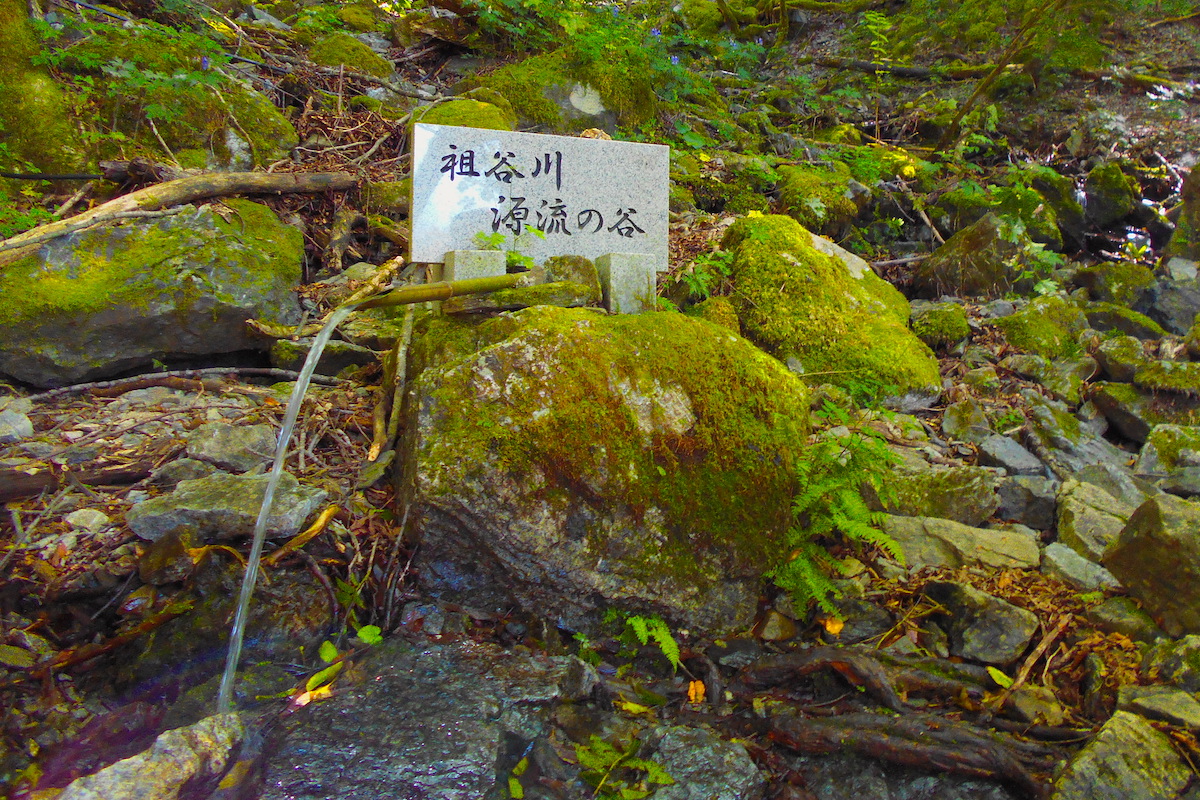 Along with its bounty of nature, since ancient times, Mt. Tsurugi has also been a site for ancient mountain worship. It has long been home to esoteric Shugendo monks, who practice a combination of Buddhism, Taoism, and Shintoism and take energy from an ascetic connection to mountain spirits. The steep eastern face of Tsurugi is used as their rugged training grounds, and here you can find trails with chains bolted into the rock face which can be used as a more arduous way to climb the peak. 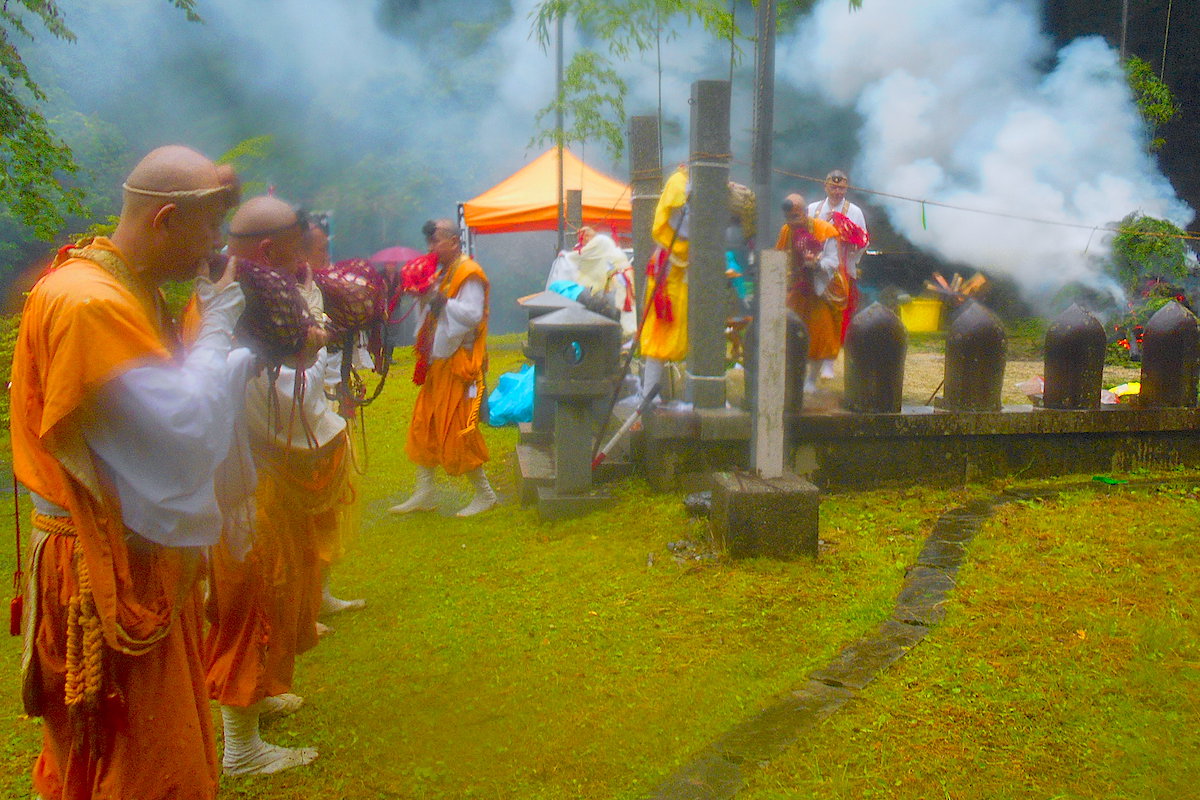 But for those looking for a little less challenge while taking in the beautiful scenery, a chairlift is also available which takes visitors about halfway up the mountain from its roadside base station at the Minokoshi parking area. Built in 1970 and open from mid-April to late November, the lift takes about 15 minutes to ascend to a point which would otherwise require about an hour to hike. 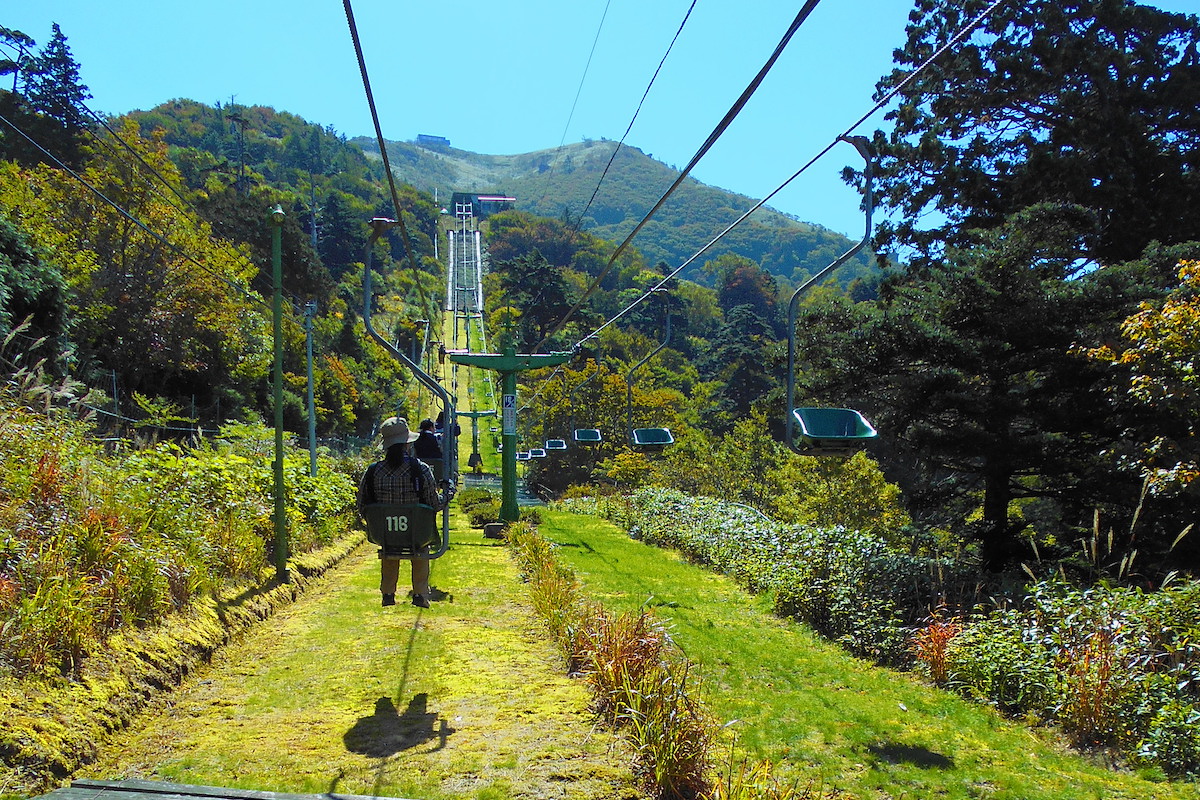 From the upper chair lift station it takes a further 45 to 60 minutes to hike all the way to the summit. There are several trails available, all of which provide stunning views of the surrounding mountains. And on top of the mountain is the Tsurugisan Chojo Hutte, which offers meals and accommodation from early spring to late autumn.

And for those interested in the starry sky, the area around Mt. Tsurugi is considered to be one of the “darkest spots in Japan” due to its lack of light pollution, so staying overnight at the Hutte offers the chance for a spectacular view of the heavens, as well as magnificent “Sea of Clouds” sunrises and sunsets. 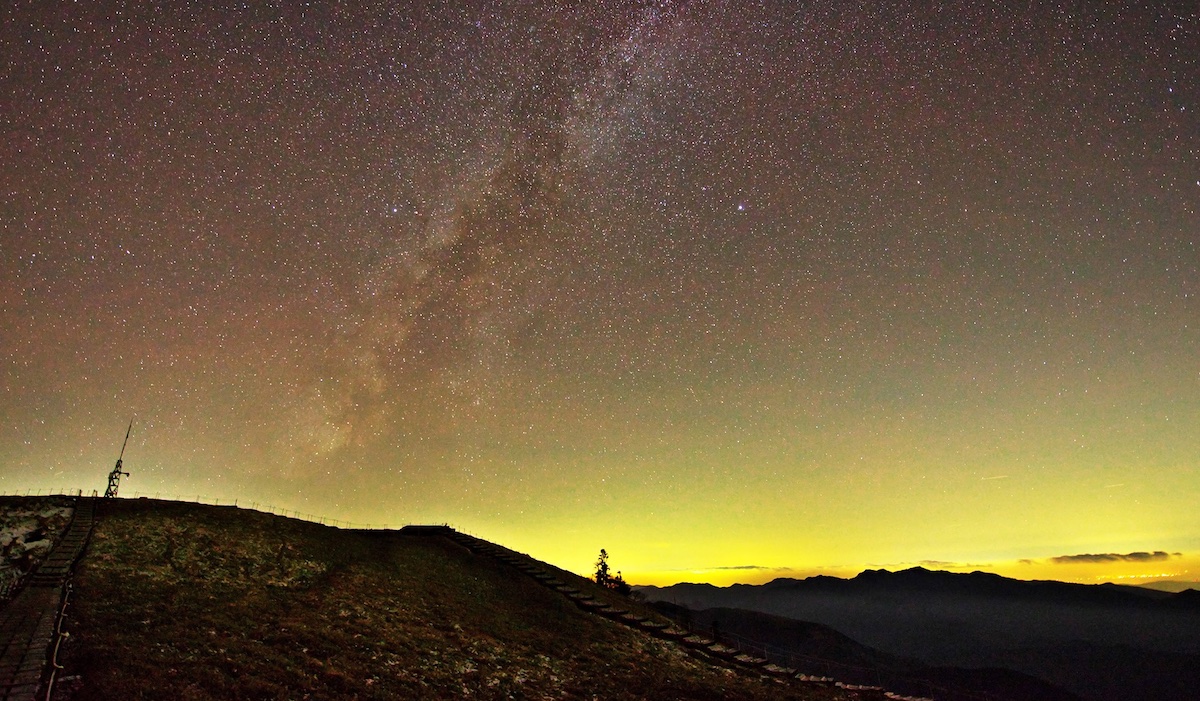 A Home to Legends

Perhaps due to being considered a sacred mountain, Mt. Tsurugi (whose name translates as “Sword Mountain”) is also home to many legends. One of the most notable stories involves the fugitive Heike Samurai who fled to the Iya Valley about 800 years ago after losing the Genpei War. It is said that they came to Iya to protect the young boy-emperor Antoku, who they hoped would one day would re-take his rightful place on the throne.

When the time was right, in order to prove he was the true emperor, it would be through possessing the Emperor’s Sword, a treasure only he could retain. Stories tell of how Antoku and his samurai consorts once climbed Mt Tsurugi with the sword, and along one trail is the “Katanakake no Matsu”, which means “Sword Resting Pine”, and is a place where the group took a climbing break. 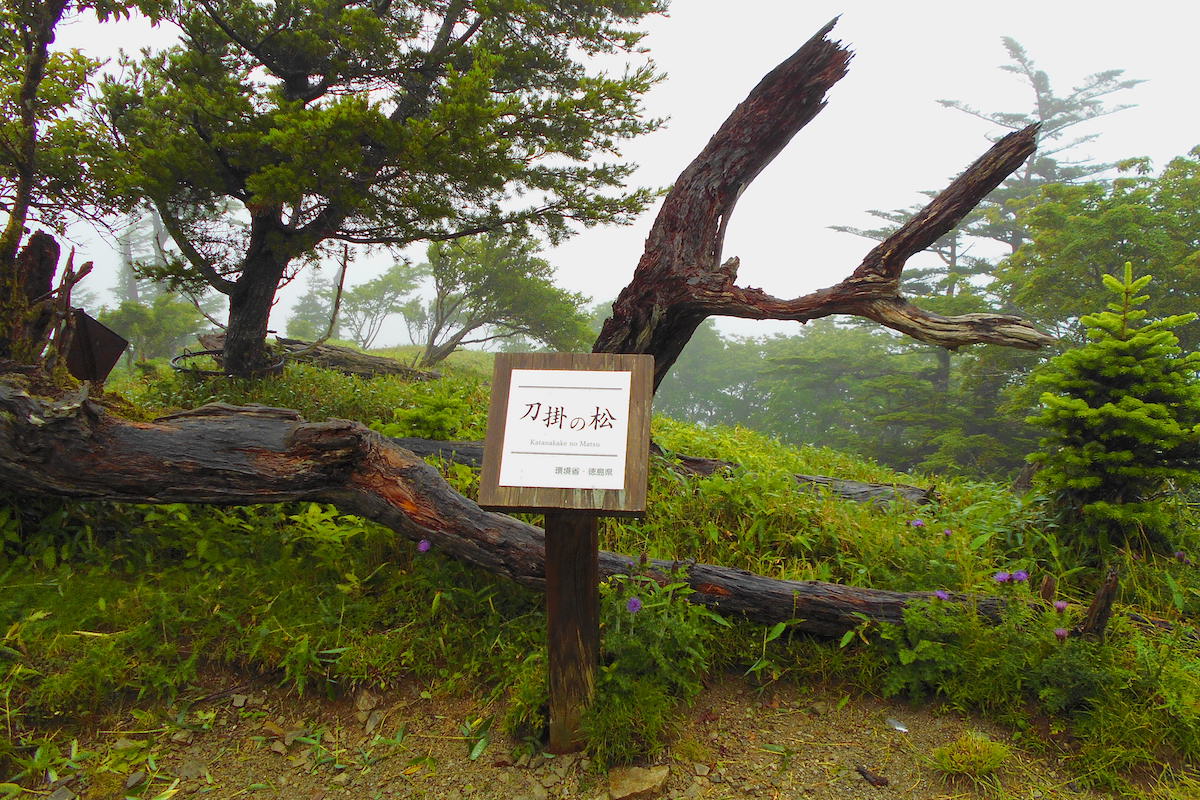 And in order to keep the sword safely hidden, upon reaching the top of Mt. Tsurugi it is said that they buried the sword beneath a large boulder near the top of the broad summit, and nowadays the bolder is a focal point for many worshipers and the location of a small shrine.

Sadly, the legends also say that Antoku died only a year or so after coming to the Iya Valley, so the Heike never regained their control of Japan and the fugitive samurai of Iya just lived on secretly in peace. But it is said that the vast, treeless top of Mt. Tsurugi continued to be the place for the Heike Samurai to practice their horseback riding, and so the panoramic mountain top is now known as “Heike-no Baba” (“Heike Riding Place”) where views extend across the neighboring mountains from the Pacific Ocean to the south up to the Seto Sea in the north. 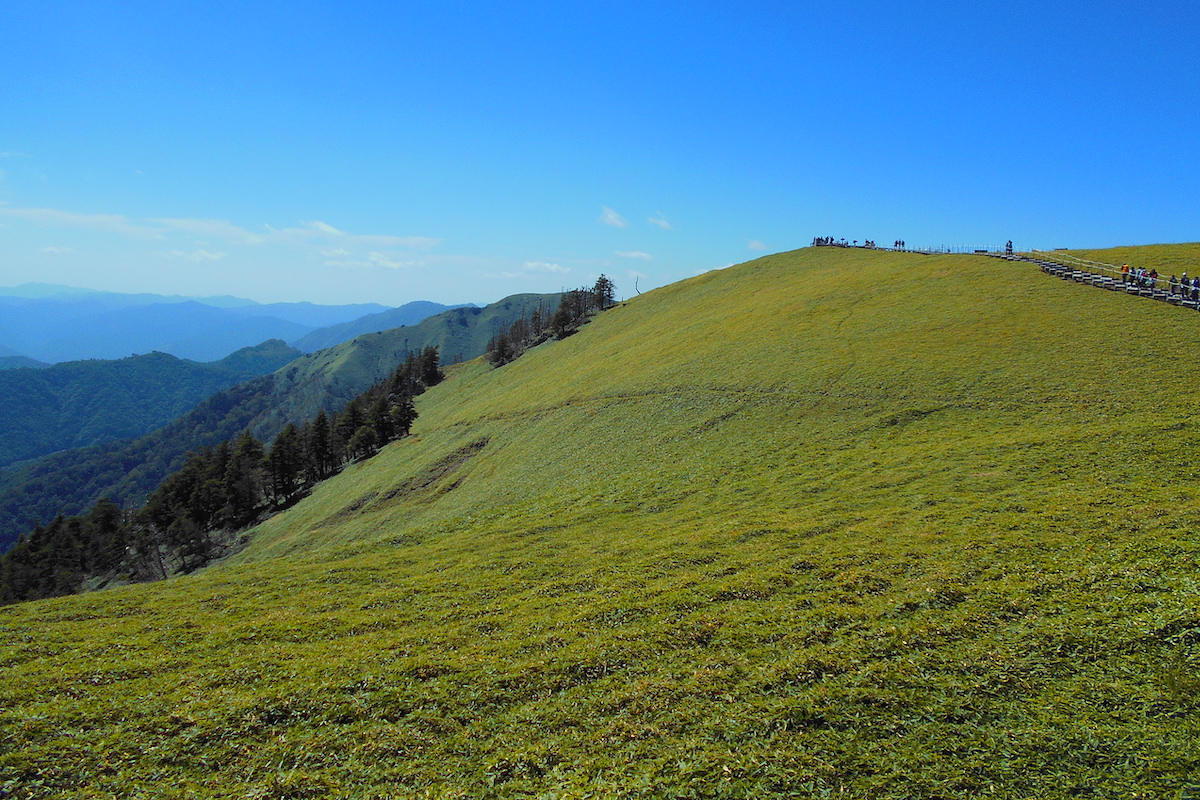 But the Shugendo monks and Heike legends are not the only devotees and secrets that Mt. Tsurugi holds, and in Parts 2 and 3 I will explain some of the other extraordinary facets of this mythical mountain.