In One of Japan’s Three Unexplored Regions, Three Generations Cross the Iya-no-Kazurabashi of Miyoshi City (Part 3)

A future generation that connects Shikoku, Honshu, and the lives of everyone.

Part 1 of this series explained the re-opening ceremony for the Kazurabashi Vine Bridge of the Iya Valley, and how due to auspicious tradition, the honorary first people to walk across it were three generations of local married couples from the same family.
The Tani family of the Iya Valley were the family chosen to make this inaugural crossing, and in Part 2 the eldest two generations were introduced.

This time, we will meet Hiroki Tani and his wife Haruka, who are the youngest generation of the Tani family to honorarily cross the bridge. 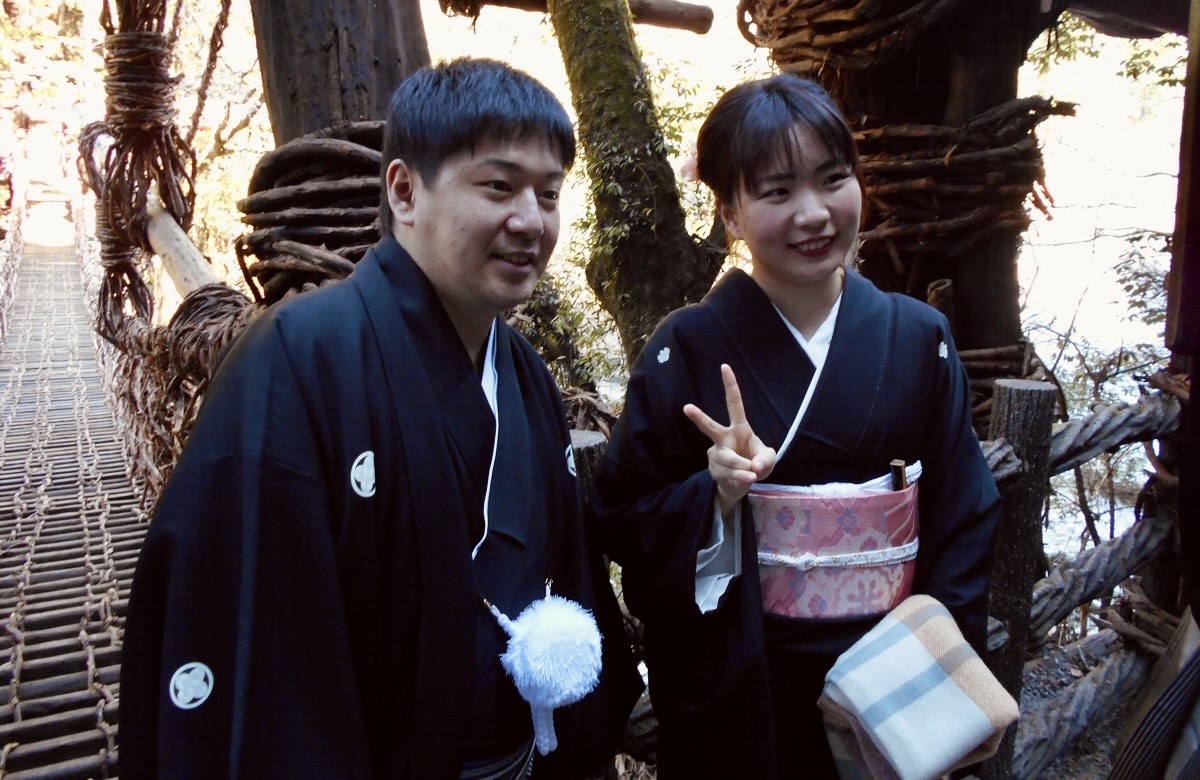 Born and raised in Higashi-Iya in Miyoshi City, Hiroki-san currently works for the company that maintains and manages the huge bridges which span the Seto Inland Sea and connect Shikoku Island (where Miyoshi City is located) to Japan’s main island of Honshu. Hiroki-san is primarily in charge of operating the mobile equipment used for bridge maintenance.

Indeed, it seems that bridges represent important connections in Hiroki-san’s life, both professionally and privately, but at first I was more curious about his profession. 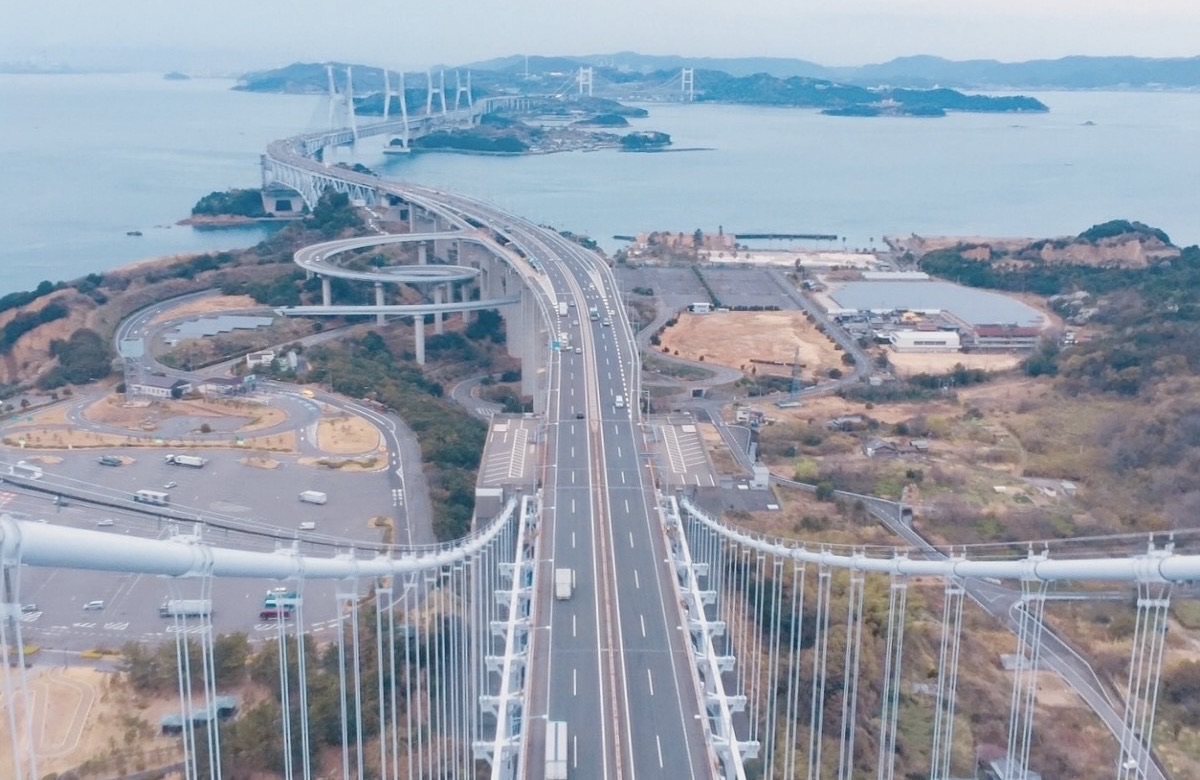 “I think the task of maintaining the bridge between Shikoku and Honshu is not just a job, but it is something that is really necessary for many people,” he explained.

“All bridges vary in length and shape, but every time I go to my work site, I am still overwhelmed by the massive size of the Shikoku-Honshu bridges and the roles they play in Japan. On the one hand, a bridge is an artificial object, but to me, they seem to blend in as a part of the natural landscape as a necessary part of human life. So I’m proud to do the job of maintaining the bridges.” 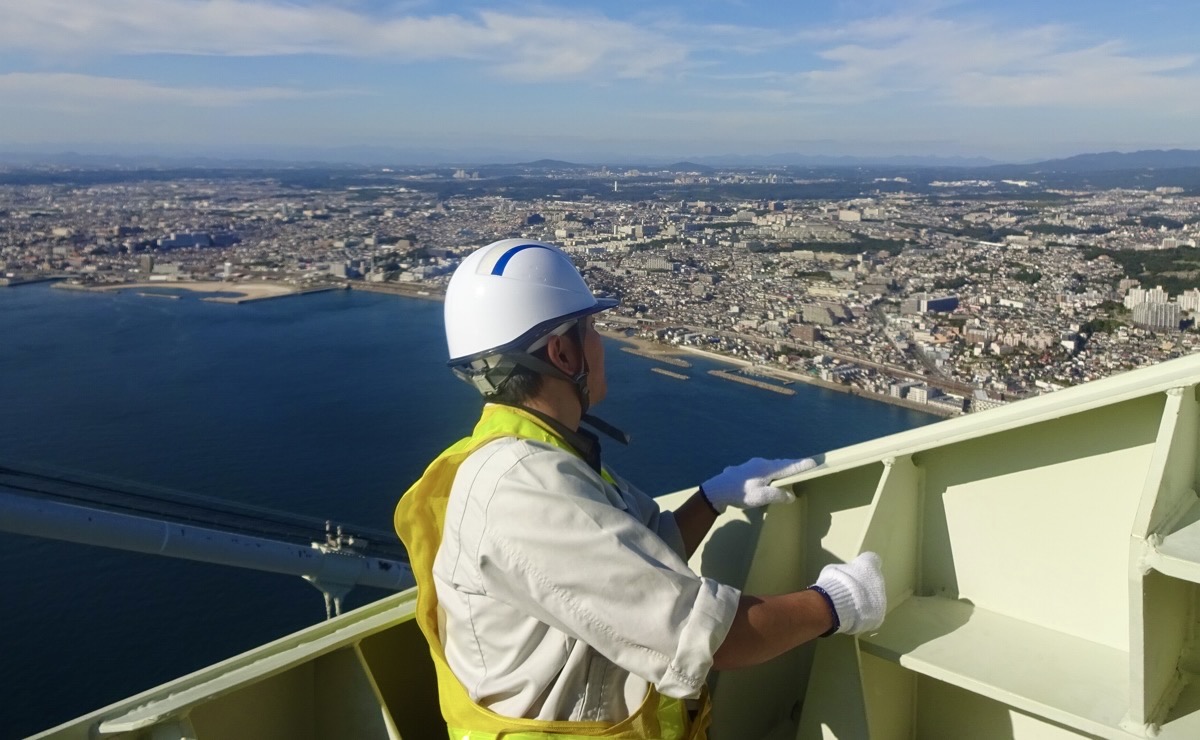 It’s a difficult profession, particularly since he often needs to relocate his home to the current bridge site. But even though he’s rather busy, he still comes back to Miyoshi City to participate with his wife in the neighborhood festivals of the Iya village where he grew up and where his grandparents still live today.

I asked Haruka-san her impressions about the local village festivals of Iya.

“Since I was born in Osaka, festivals there are usually pretty big, with lots of vendors and performances, and they feel like events that everyone can enjoy casually. However, the most important thing about the village festivals of the Iya Valley is the Shinto ritual, and this ceremony is the focus for participation. It makes me feel very blessed to be included.”

“This was also the case at the ceremony for Kazurabashi Vine Bridge crossing,” she continued, “and here I also had a deep sense that everyone really cherishes the traditional practices.”

Yet even when there are no events happening, the couple always look forward to visiting Miyoshi City to see their family and to breathe in the clean mountain air. 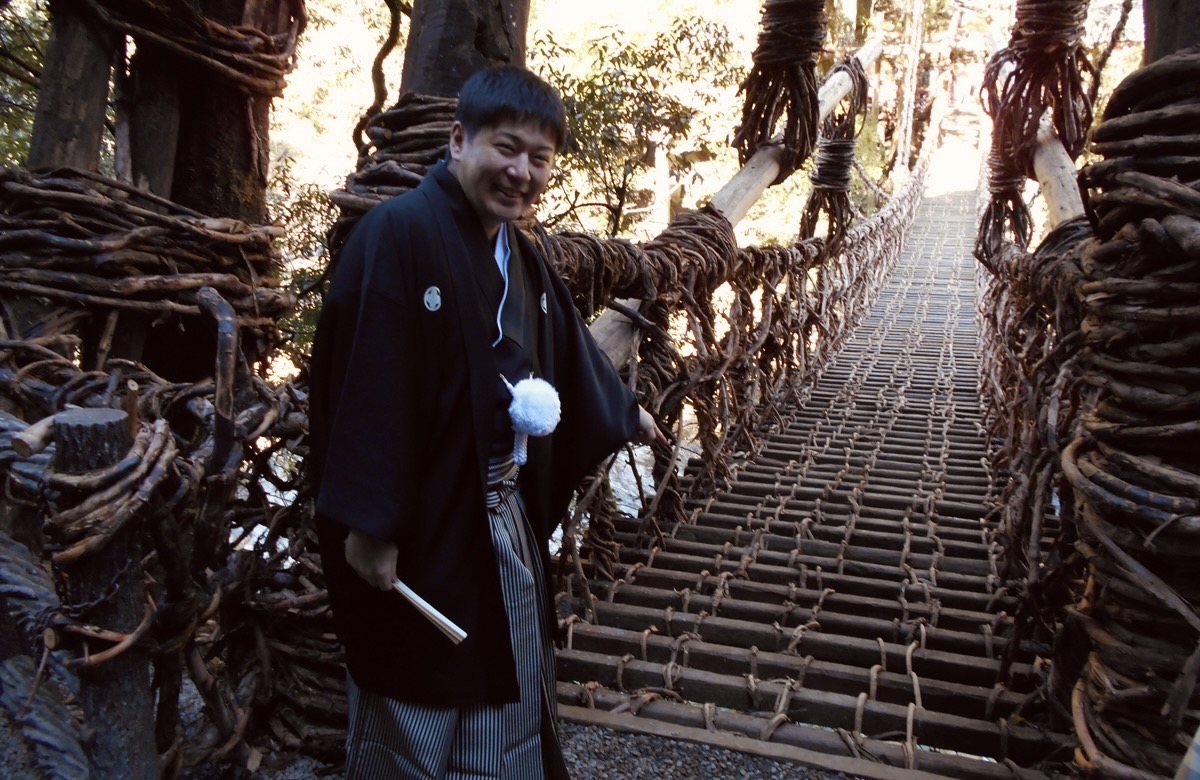 And being a person-of-bridges, I also asked Hiroki-san his feelings in regards to participating in the Kazurabashi’s inaugural crossing tradition.

“In being part of the Kazurabashi Vine Bridge ceremony, I felt particularly honored since I am someone who works on bridges every day of my life, so I have a special feeling for them.”

He smiled warmly, “For me, any bridge is, at its core, a ‘connector’. Bridges are not just things, but tools which connect people and society. It’s my desire to be involved with such important connections all my life.” 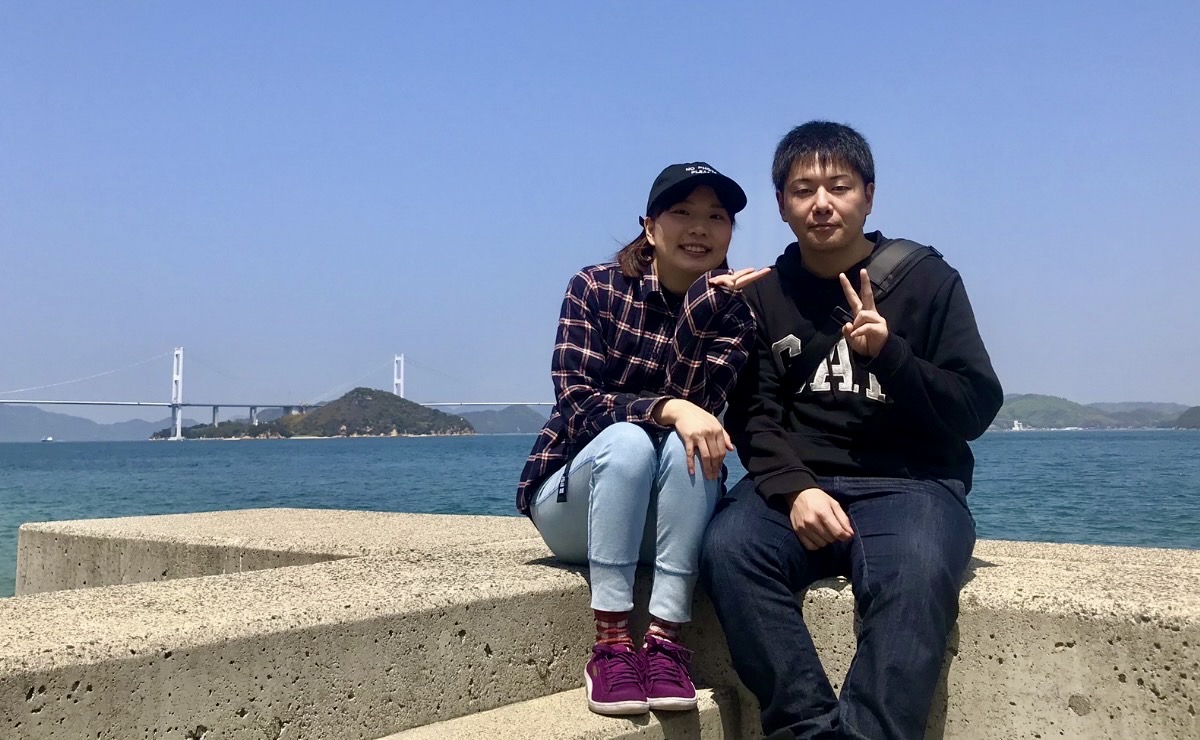 And being that they represent the generation of the future, its can be seen that Haruki-san and Haruka-san will also play their part in connecting people, but in different ways than their parent’s and grandparent’s generations, both physically and symbolically.