In One of Japan’s Three Unexplored Regions, Three Generations Cross the Iya-no-Kazurabashi of Miyoshi City (Part 2)

Connecting the Lives of the Iya Valley Community

Part 1 of this series explained the re-opening ceremony for the Kazurabashi Vine Bridge of the Iya Valley, and how due to auspicious tradition, the honorary first people to walk across it were three generations of local married couples from the same family.

This Part talks about the Tani family of the Iya Valley, the local people who made this special inaugural crossing. 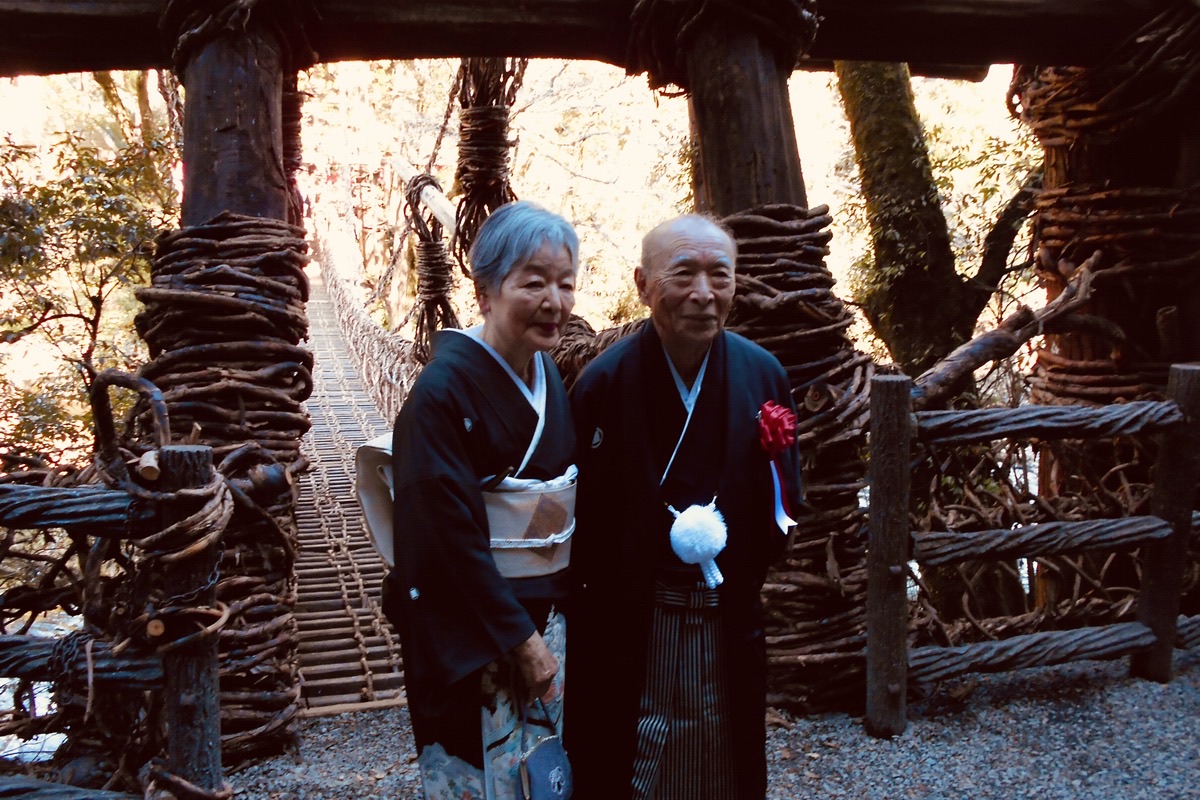 The eldest couple of the Tani family, Eiji and Mineyo, own and operate the “Tani Shoten” grocery store in Higashi-Iya (aka Oku-Iya).

When I entered the store, Eiji-san greeted me with a smile from his desk next to the cash register, which he actually doesn’t use as much as his trusty abacus. Calling out to us cheerfully, his lively wife Mineyo-san soon appeared from the kitchen, and they talked about the history of their store here in Iya. 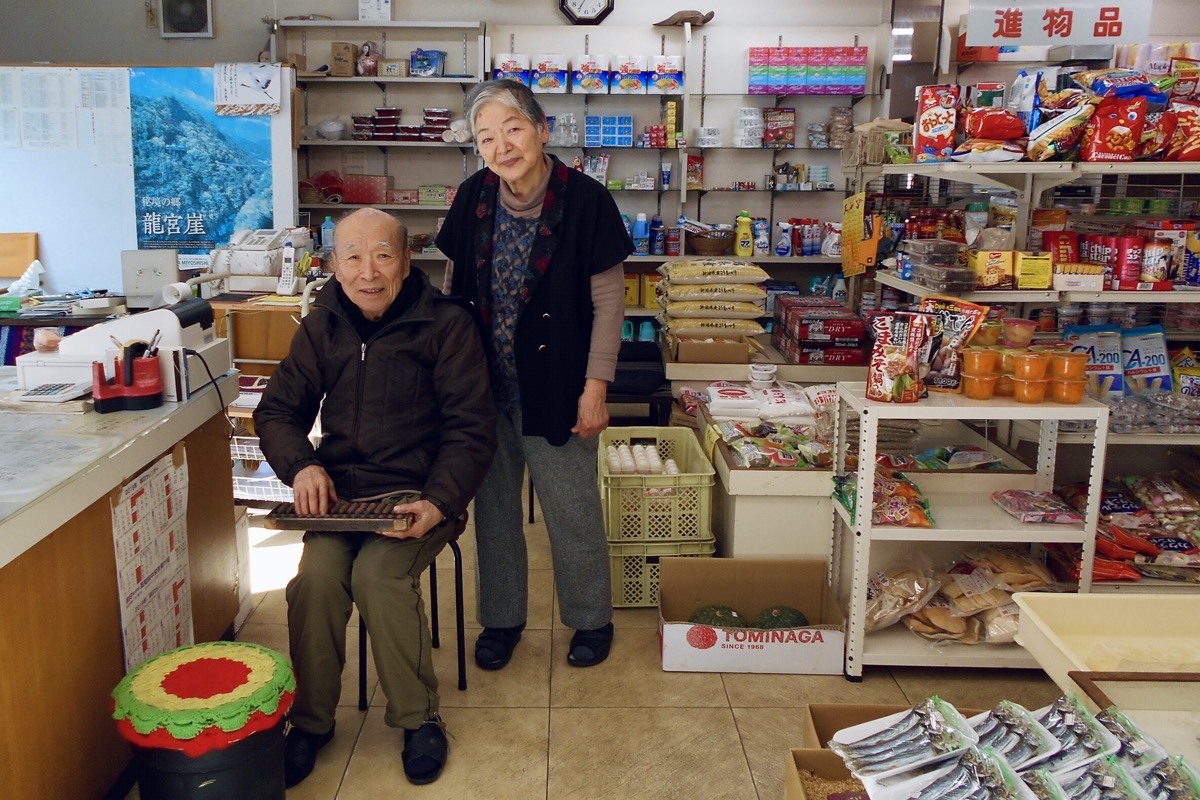 “Tani Shoten” has been operating in the Iya Valley for over 80 years and was first established by Eiji’s father. The store has seen a variety of changes over the years, even moving its location once, and now the small grocery shop also features a modern style cafe of sorts. 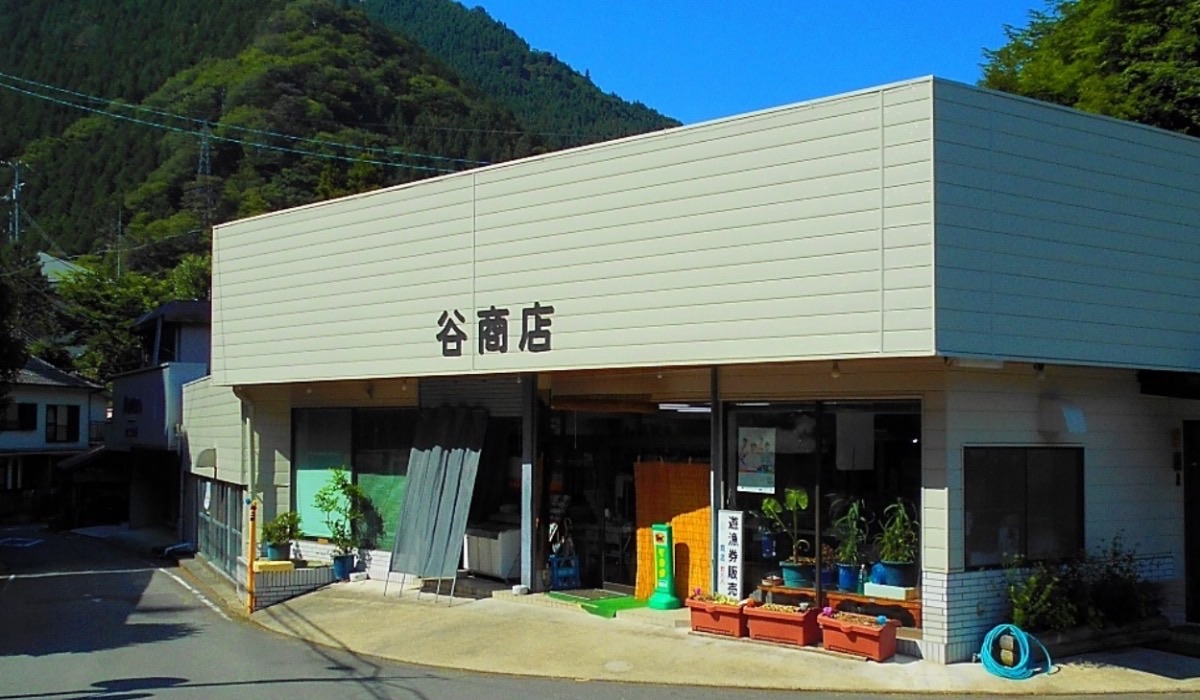 Additionally, Eiji-san and Mineyo-san will celebrate their diamond wedding anniversary of 60 years this year, with both having worked hard at this shop for their entire marriage.

They feel fortunate to not just be healthy, but also have two generations of married couples as descendants, allowing them to maintain the custom for the first crossing of the Kazurabashi Vine Bridge. Mineyo-san says with a broad smile that she has never been so happy and proud to be the representatives for Iya families in this honorable tradition. 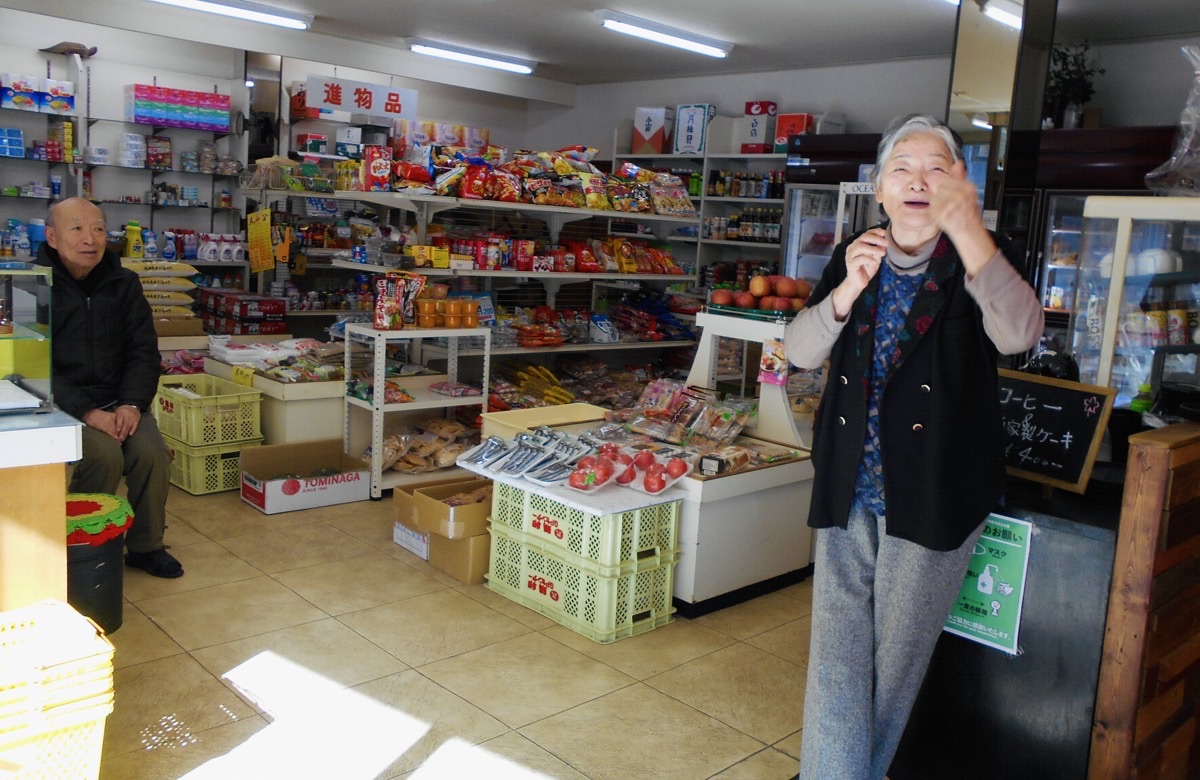 While Mineyo-san was explaining various things, other local customers came and greeted us as they talked with Eiji-san and then joined our conversation. As it goes, their store is not only a place to shop, but also an important place for locals to gather and chat, where everyone knows everyone.

We also talked with the second generation of the Tani Family, Eiji and Mineyo’s eldest son Satoshi and his wife Noriko.

Satoshi-san was born and raised in Iya and currently operates an IT-related business in Ikeda, where he and his wife now also live. Originally, his main office was also in Iya, just opposite from the “Tani Shoten” store, and due to the cooler climate of Iya, his racks of internet servers still hum along there today (while his dad’s abacus continues being used across the street at the shop). 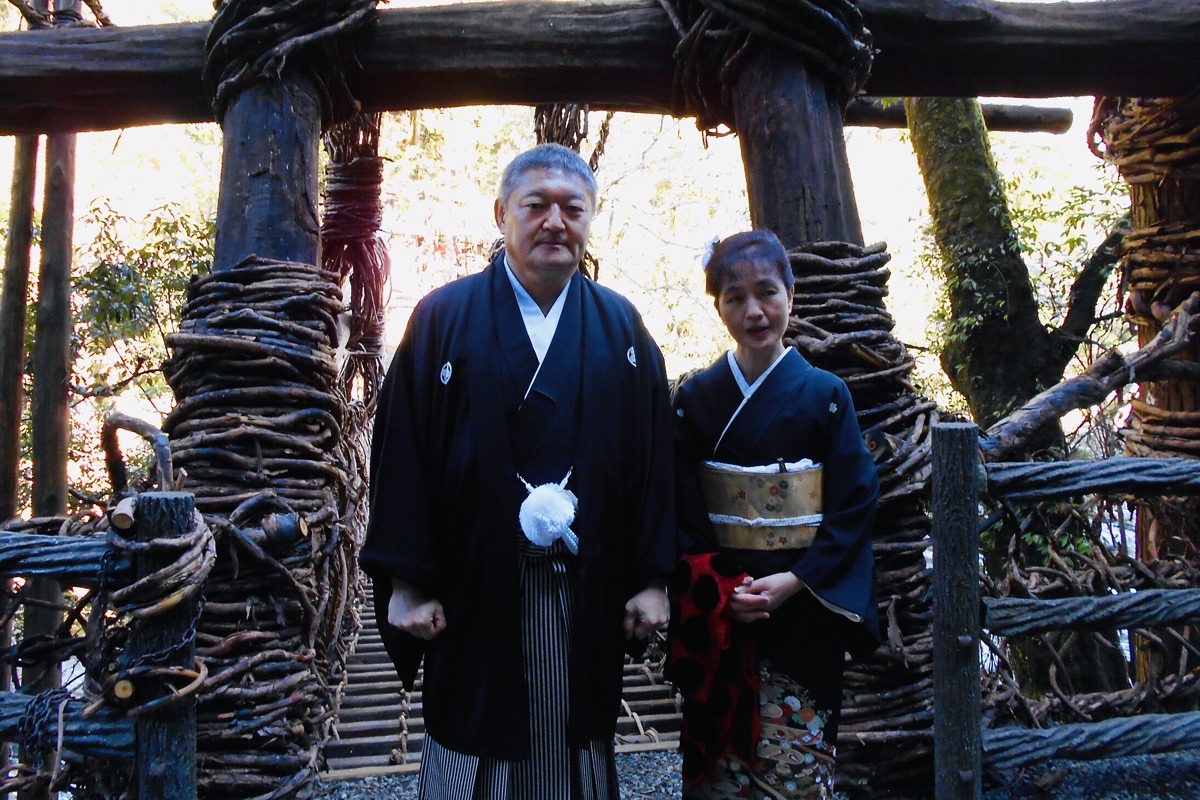 It was quite interesting to hear his passion for digital engineering, considering how this occupation stands in stark contrast to the traditional mountain lifestyle that still lives on in the Iya Valley. And his wife Noriko-san is also constantly interacting with new technologies in her job as a hospital medical worker.

Of note is how Satoshi-san and his wife are very involved in the events and festivals of the Iya Valley. They feel an important need to support the local community, even though it is a bit far from their home in Ikeda. But Iya is not just where their parents live. By coming back they can also re-connect with their roots, enjoying the nostalgia of Iya traditions when not otherwise engaged in their cutting-edge work.

“When I’m away, I miss my mother-in-law’s traditional cooking,” says Noriko-san.  “So whenever I’m here, I always request her to make her special chirashi-zushi (sweet mixed rice).”

In Part 3, I will introduce the youngest couple of the Tani family, who actually work to help connect Iya and Miyoshi to the rest of Japan.