With Japan now fully re-open to foreign tourists, many such visitors are seeking to not just re-discover the major sights of the country, but also go to explore lesser known but perhaps more “authentic” rural areas. The secluded Iya Valley of central Shikoku is one such place, and Iya Valley Tours is here to introduce this hidden region to curious seekers.

Tokushima’s Iya Valley: a different side of Japan

“I’m so happy to be back”, declared Rachel, who is from the US. “This is my eighth time visiting Japan and I’ve been patiently waiting to take this trip with my family for over two years.”

Rachel, her husband Greg, and his parents were some of the first people to enter Japan this past October when the country finally re-opened its borders for the first time since April 2020. 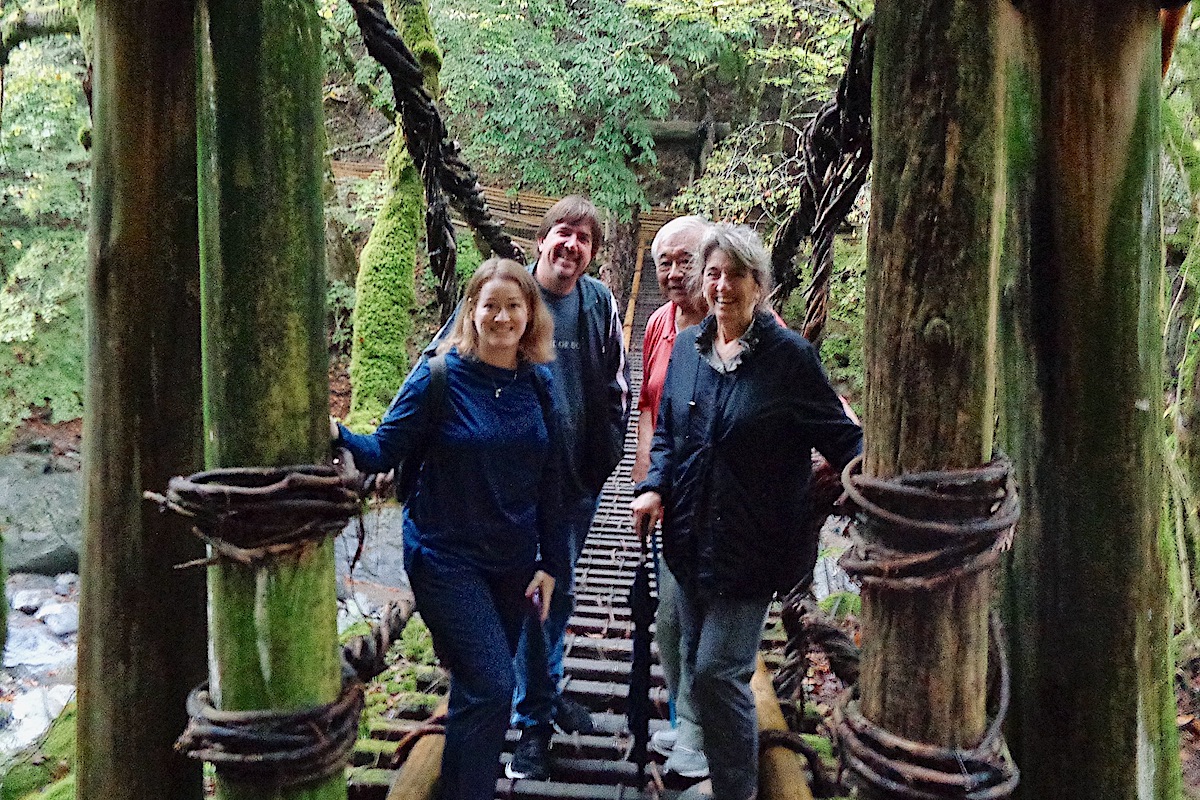 Being that they had all traveled to Japan several times before, and accordingly had been to all the major cities and sights, for this trip they intended to focus on Shikoku, which is the least visited region in the country.

“We chose Shikoku because none of us had been here previously, but we had always heard it was beautiful and untouched by mass tourism. And the Iya Valley seemed like it would be the perfect place for discovering a different side of Japan.”

Located deep within the misty mountains of central Shikoku in Tokushima Prefecture’s Miyoshi City, the Iya Valley is regarded in Japan as being one of the three “hidden” regions of the country. 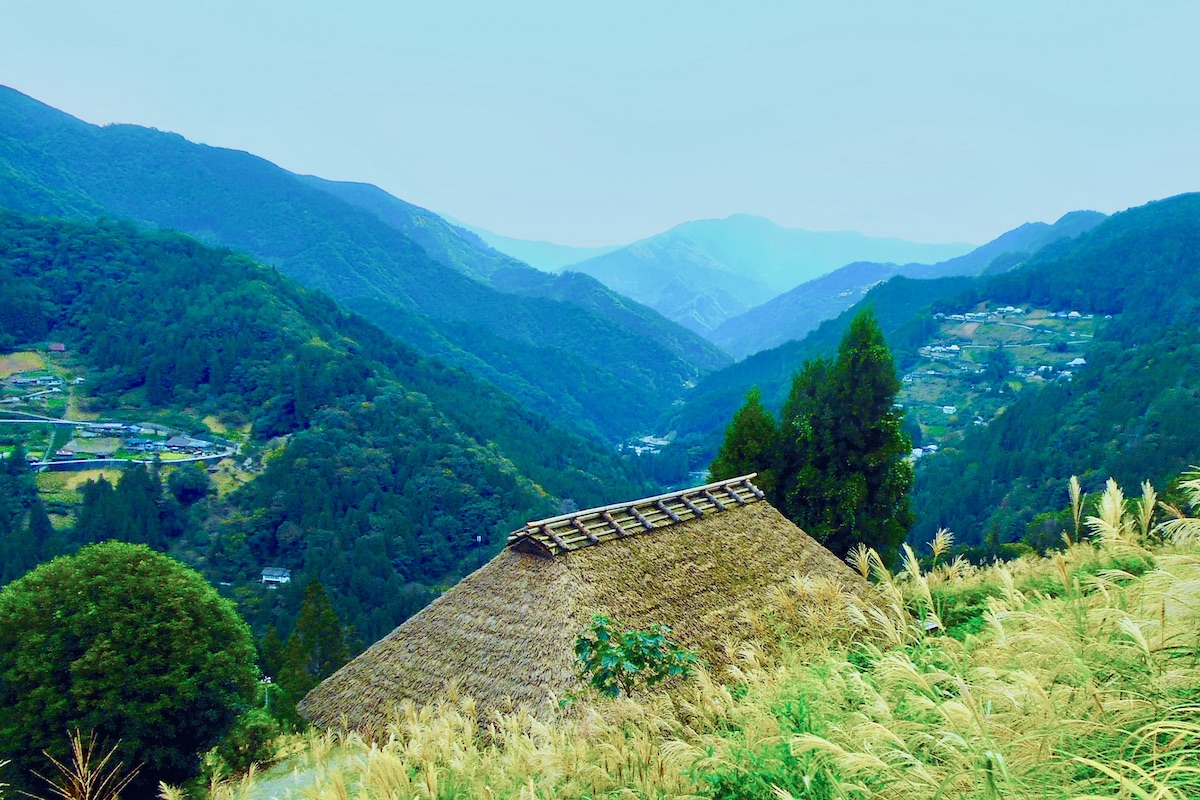 Dotted with traditional-style villages that climb up the forest-clad mountainsides, criss-crossed with ancient vine bridges, and full of cheerful, mostly elderly people bursting with charm, in many ways it seems like the valley is stuck in a time warp, far removed from the hyper-urban megalopolises elsewhere in Japan.

“I was going to rent a car to drive us all around Iya myself”, explained Greg, “but after seeing the roads here, I’m so happy I didn’t. With all the twists and turns, and with most roads being one-lane, I don’t think I would want to drive all that far. And my mother would be freaking out.” 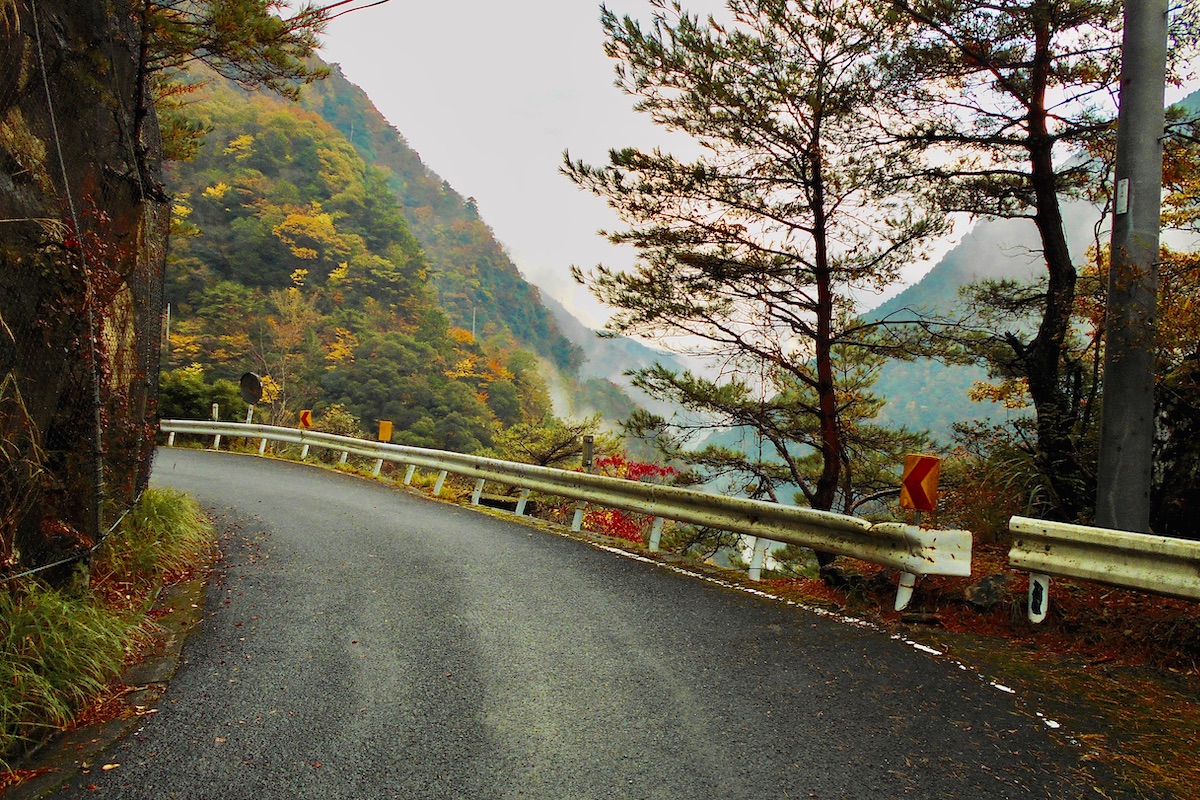 Also in search of having someone properly introduce their family to this difficult to access valley, they sought out the small but locally-based Iya Valley Tours, which offers English speaking local guides who provide custom tours of their “hidden home”. Together, the guides are partnered with the Kazurabashi Taxi Company, who have been operating in Iya ever since the first cliff-hugging roads were built into the valley back in the mid-20th century.

“The Iya Valley has many famous sights, but we try to show people the real Iya,” explained head guide Aki, who has lived in Iya for over 20 years. 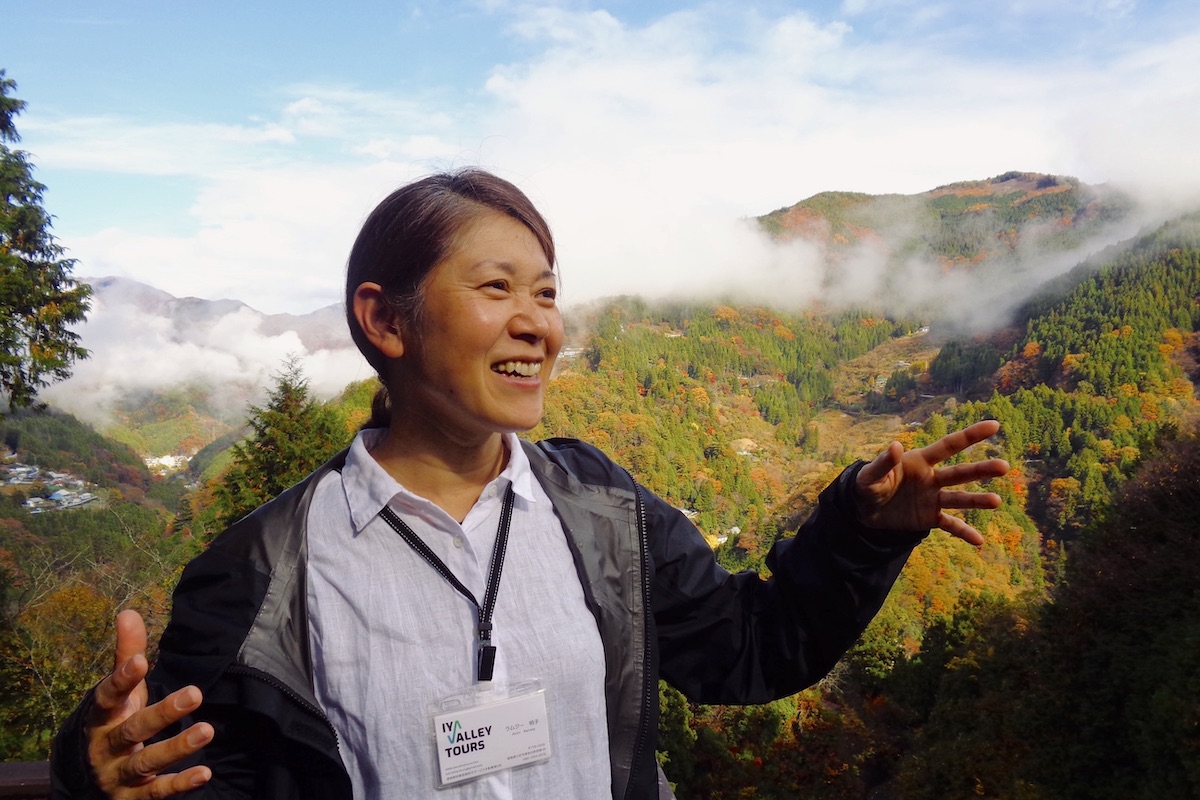 ”I love to meet people who are curious for something different and I try to make them feel welcome. So even if a customer comes alone, I want them to feel like they are traveling with an old friend.” 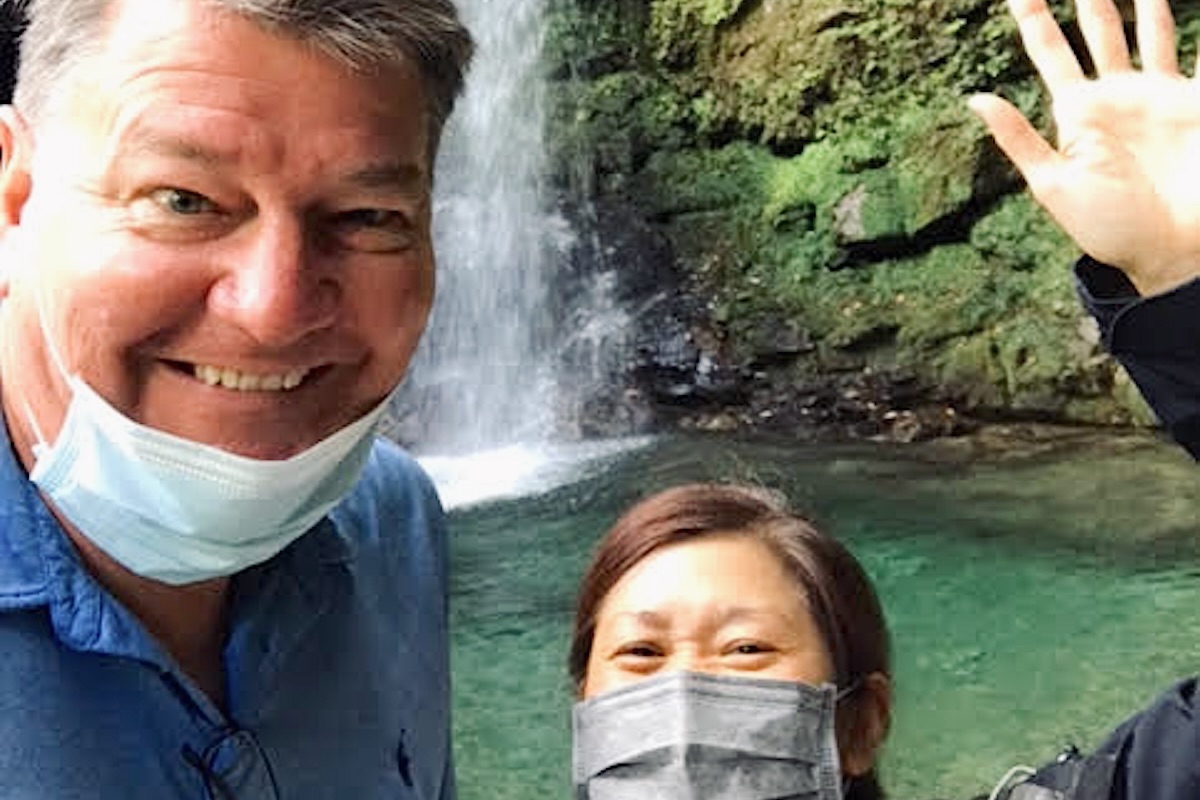 Most people who do visit the Iya Valley tend to visit just a few main spots, including the famed “Kazurabashi” vine bridge, which is registered as a Japanese national treasure. But for Iya Valley Tours, the handful of visitors that can be found crossing the Kazurabashi at any given time is simply “too crowded” for them.

“Usually we take guests to different, more hidden vine bridges that are much deeper in the valley and few people ever visit,” says Aki. “These other vine bridges are not so easy to go to, but they are so beautiful because they are in deep forest. Everyone says it’s worth it.” 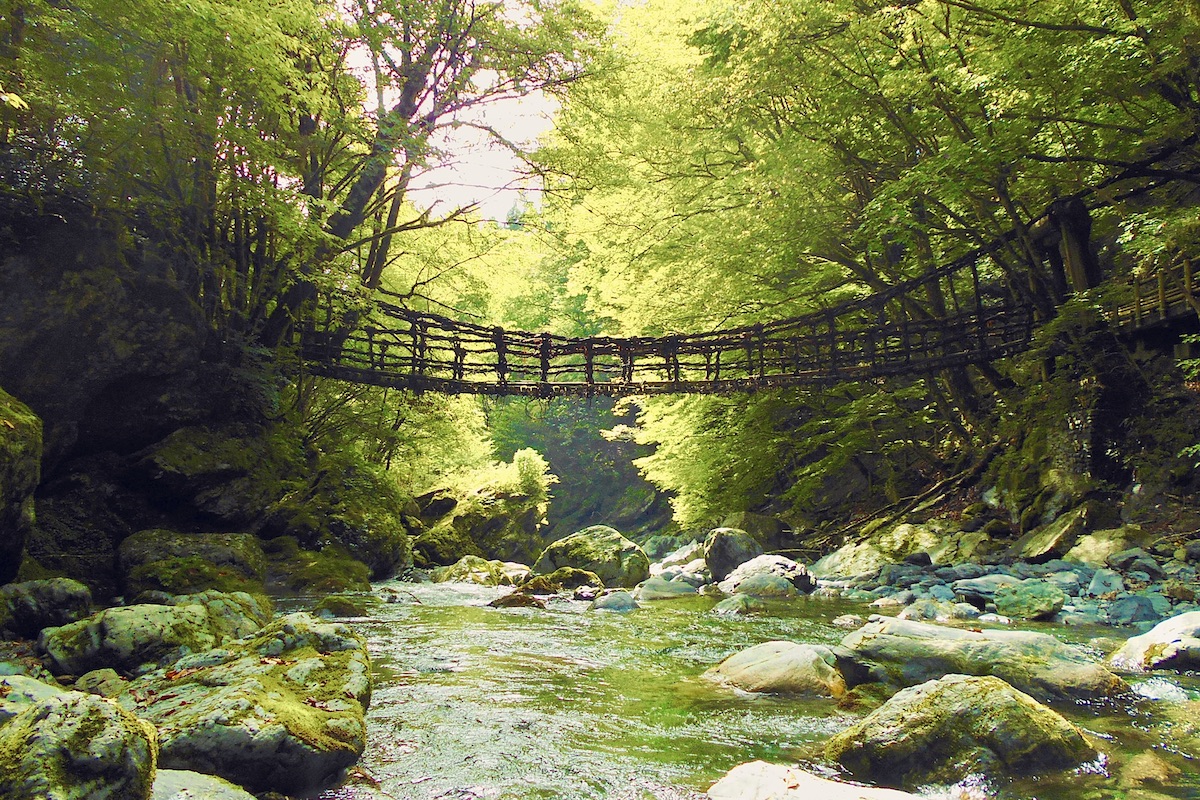 Out at the Deep Iya Double Vine Bridges, Rachel’s family agreed. “These bridges are pretty amazing!” exclaimed Greg, “I didn’t know Japan could be so natural and serene. And these bridges make it feel so magical.” 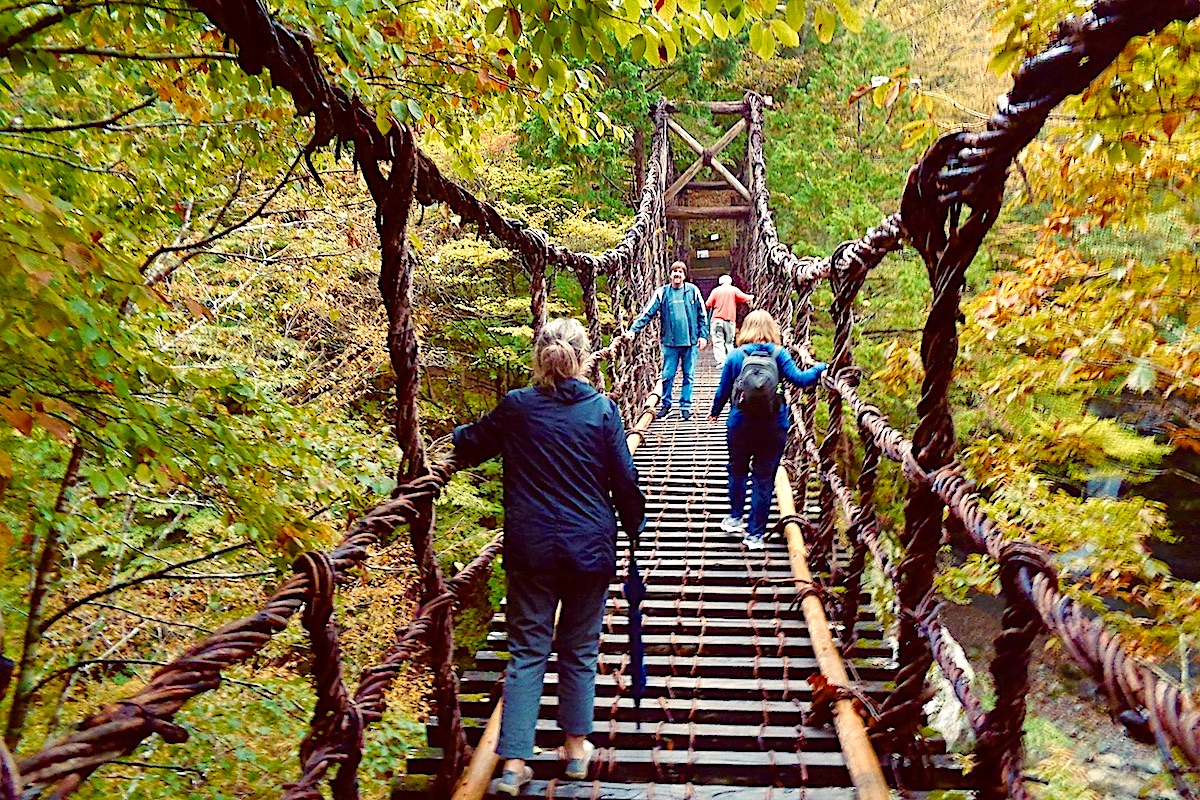 On their way out to the secluded bridges, they also stopped at the equally isolated “Scarecrow Village” of Nagoro. With hardly two dozen living residents but over 300 life-sized scarecrows set up throughout the little hamlet, this now world-famous “re-population” effort is the creation of local artist Ayano Tsukimi. 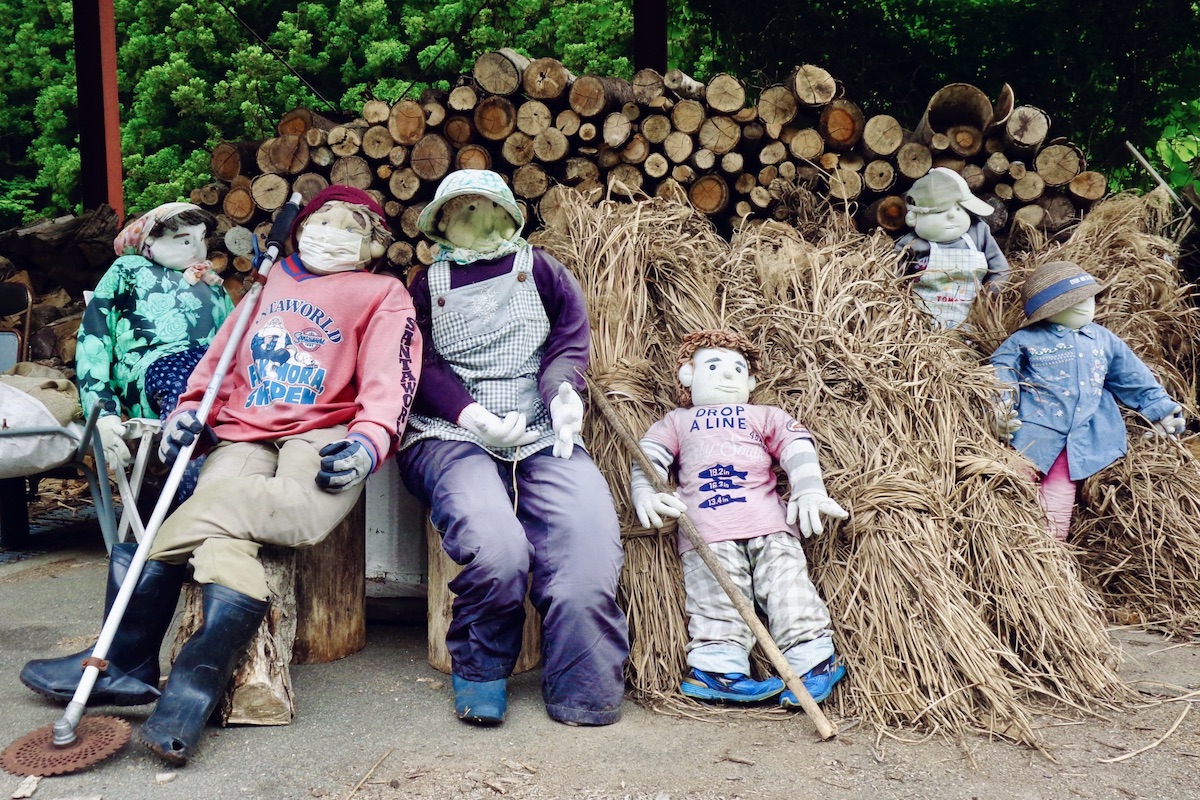 “This is so cool!”, exclaimed Rachel. “I saw a video about here years ago and had always wanted to visit!”

Rachel’s mother-in-law was also fascinated by the work of Ms. Ayano, and was giddy with excitement in encountering this sprawling creation as well as with being introduced to the artist herself by their guide. “This is not what I imagined at all. It’s so fascinating!”

Over at Nagoro’s now-defunct elementary school, the assembly of scarecrows reached its crescendo. Within the old gymnasium, dozens upon dozens of them were arranged in positions for doing Tokushima’s “Awa-Odori” festival dance. With some traditional dance music blaring in the background, the family was quickly instructed on how to do the classic dance by their guide Aki, which they all gleefully did amongst the horde of prancing scarecrows. 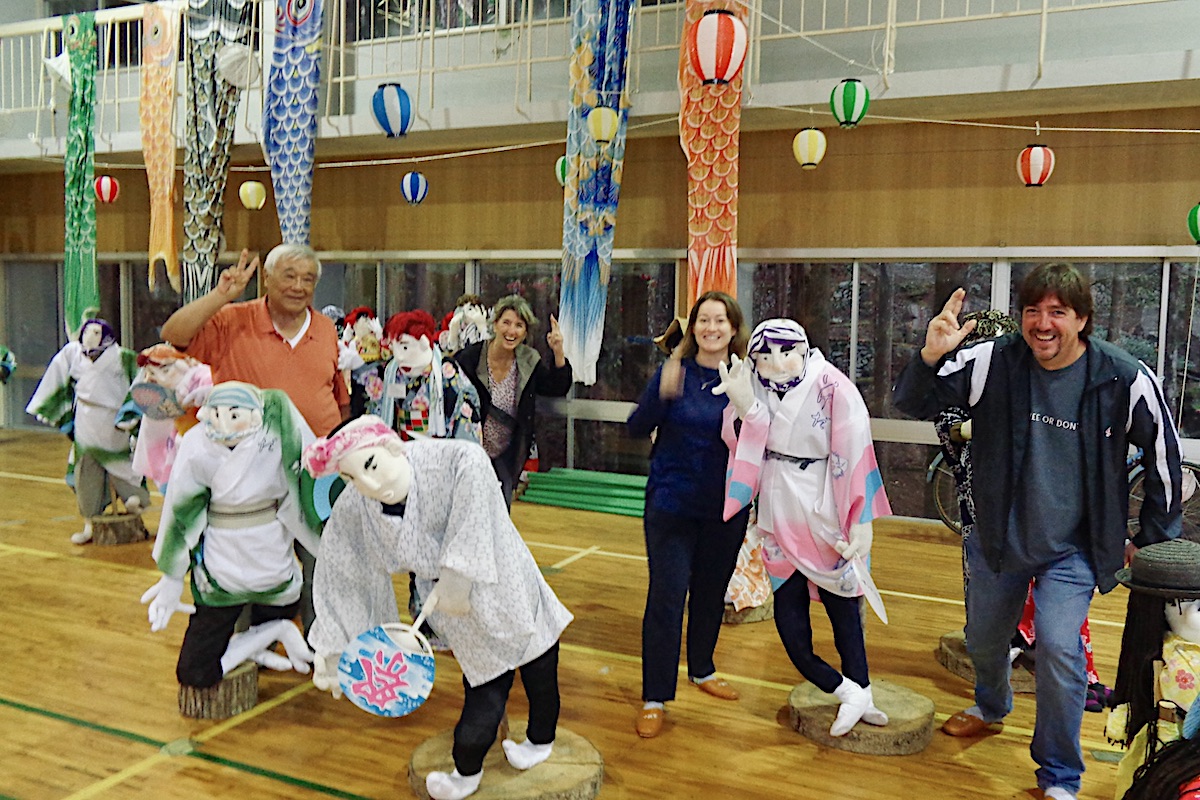 “What makes this place further amazing is that we seem to be the only people visiting here,” said Rachel. “Well, I mean us and a few hundred scarecrows!”

Going deeper into the Iya Valley

But for the guides of Iya Valley Tours, simply seeing the main sights is not enough for discovering the “real” Iya.

“The main road near the river is pretty new, so all the houses along it are also newer, maybe only 50 or 60 years old,” says Aki. “We need to go up into the villages on the hillsides that still have the old thatched roof houses. That is where the people still farm and live in a traditional way. We will also go to lunch at one of the old farmhouses.” 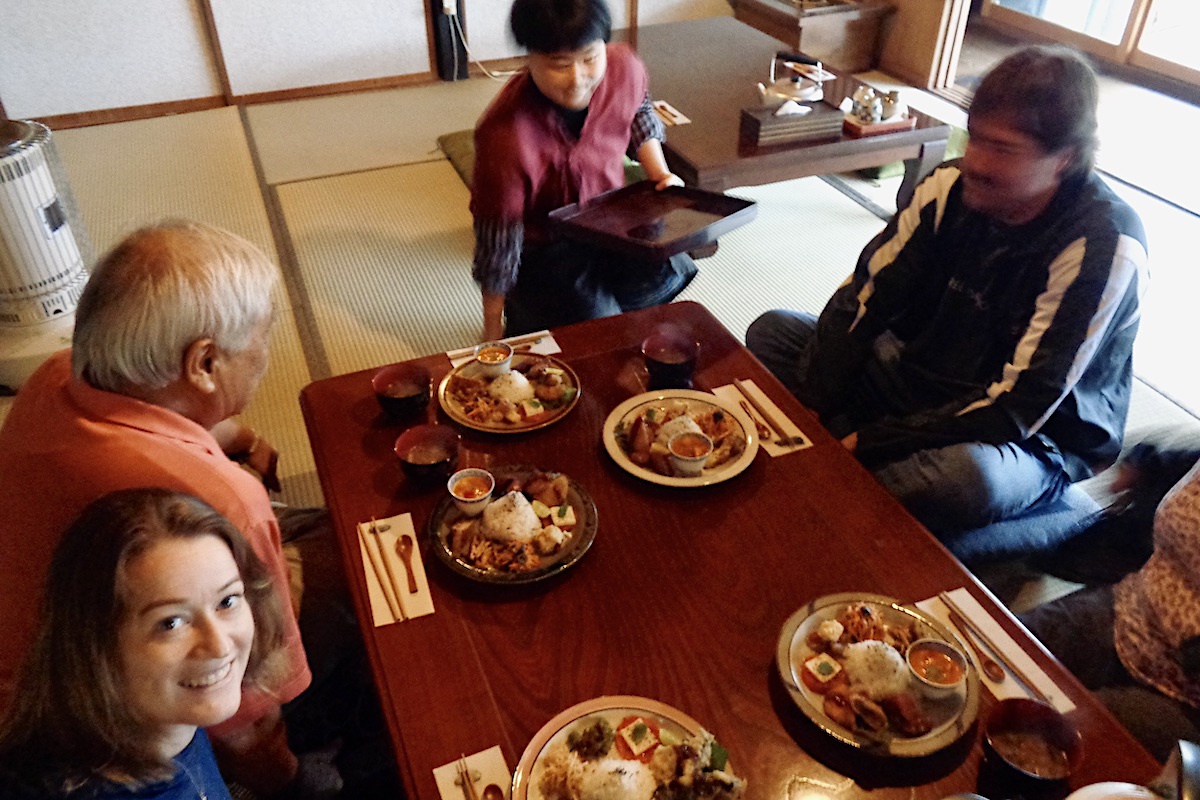 As they drove up even narrower roads that twisted far up the steep valley walls, Greg declared, “I never would have driven up here to find these places. Talk about off the beaten path.”

“Ha! This little road is also new,” declared Aki. “To see real Iya village life we need to get out and walk on the paths, the same way people have been doing here for thousand of years!”

In Part 2 we meet other recent visitors to the Iya Valley and find out more about Iya life.

The Iya Valley is located in southern Miyoshi City, which is in the western part of Tokushima Prefecture in central Shikoku Island. Most people access the area via train at JR Oboke Station, or by rental car via one of Shikoku’s major cities. From the Oboke Station area it is a 15-20 minute drive by car, bus, or taxi to the first sights in the central part of the Iya Valley.

Travel information for the Iya Valley: