Both rare and spectacular, the natural phenomenon called the “Sea of Clouds” (“unkai” in Japanese) occurs when early morning fog settles into a valley and the surrounding mountains peak out like islands. Best viewed around sunrise, two viewpoints upon Miyoshi City’s Mt Kunimi offer a bird’s eye view into the Yoshino River valley where this wondrous sight often occurs.

Mt Kunimi is located on the border of the Iya Valley and Oboke areas of Miyoshi City, and the access road to the Sea Of Clouds viewpoints can be reached from either direction.

If coming from the Oboke area, go up Rt 45 from JR Oboke Station going towards the Iya Valley. Follow Rt 45 upward for about 10 minutes and go through the 1km long Iya Tunnel at the top. About 100 meters after the exit of the tunnel, make the first left turn onto a small local road.

If coming from the Iya Valley, go up Rt 45 from central Nishi-Iya going towards Oboke. Follow Rt 45 up about 5 minutes to just before the Iya Tunnel at the top (do not go into the tunnel). About 100 meters before the tunnel entrance, turn right onto a small local road. 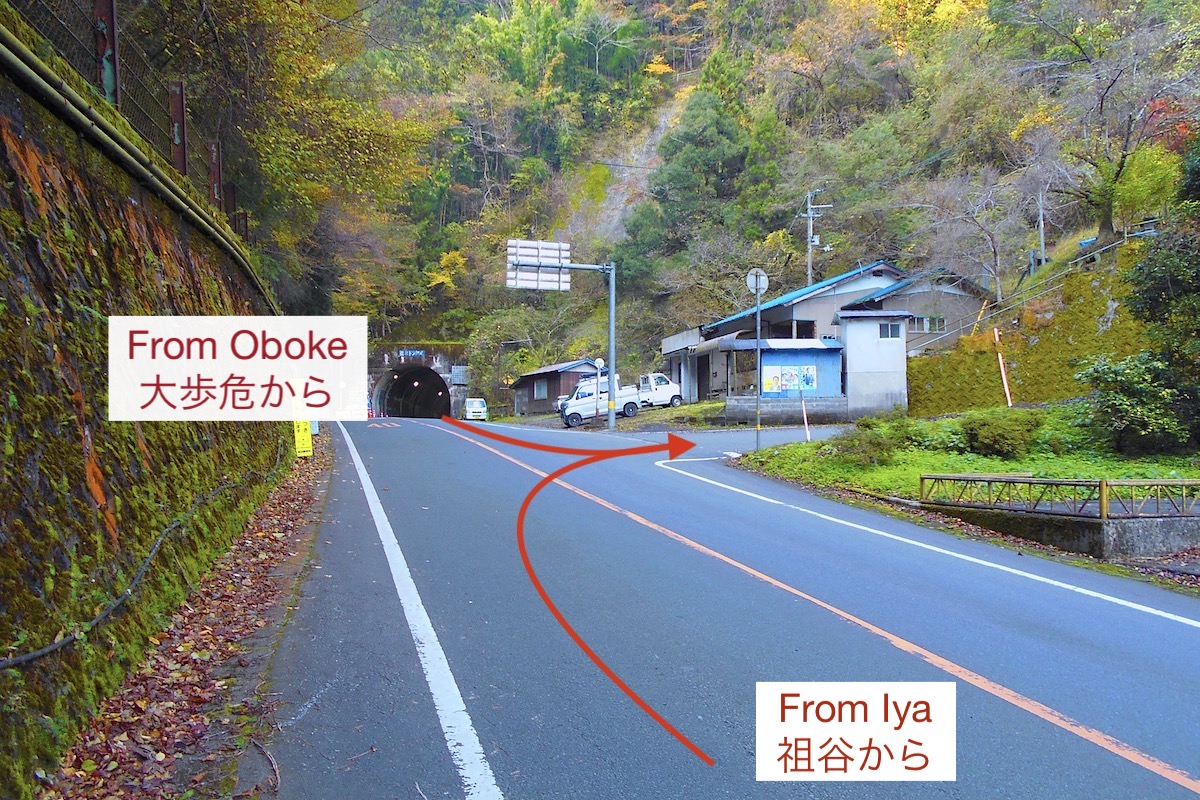 From either direction, follow the small local road for about 200 meters and just after a left turning bend there is a turn off that goes steeply up to the left.

At this point you can go either direction because they eventually go to same point. Going straight and to the right is about 1km longer but it is recommended to go this way since it is an easier drive and not as steep and narrow as going to the left. 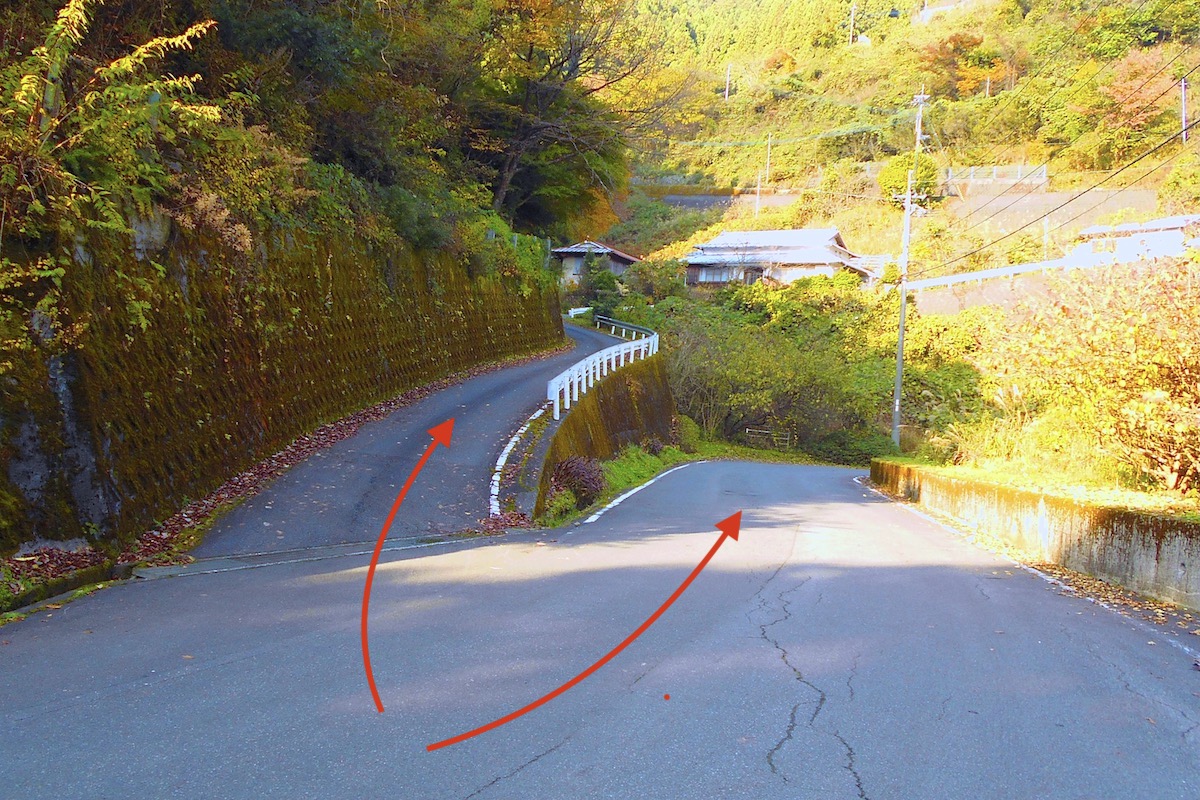 (going up to the left is steep with lots of sharp turns, and it only saves about 3 or 4 minutes of driving until it re-connects with the main road about 4 or 5 minutes up).

Either way, follow the roads up, up, up, as it turns on sharp bends several times. About 10-15 minutes up from the original turn off near the Iya Tunnel you will come to a large blue road sign on the right. 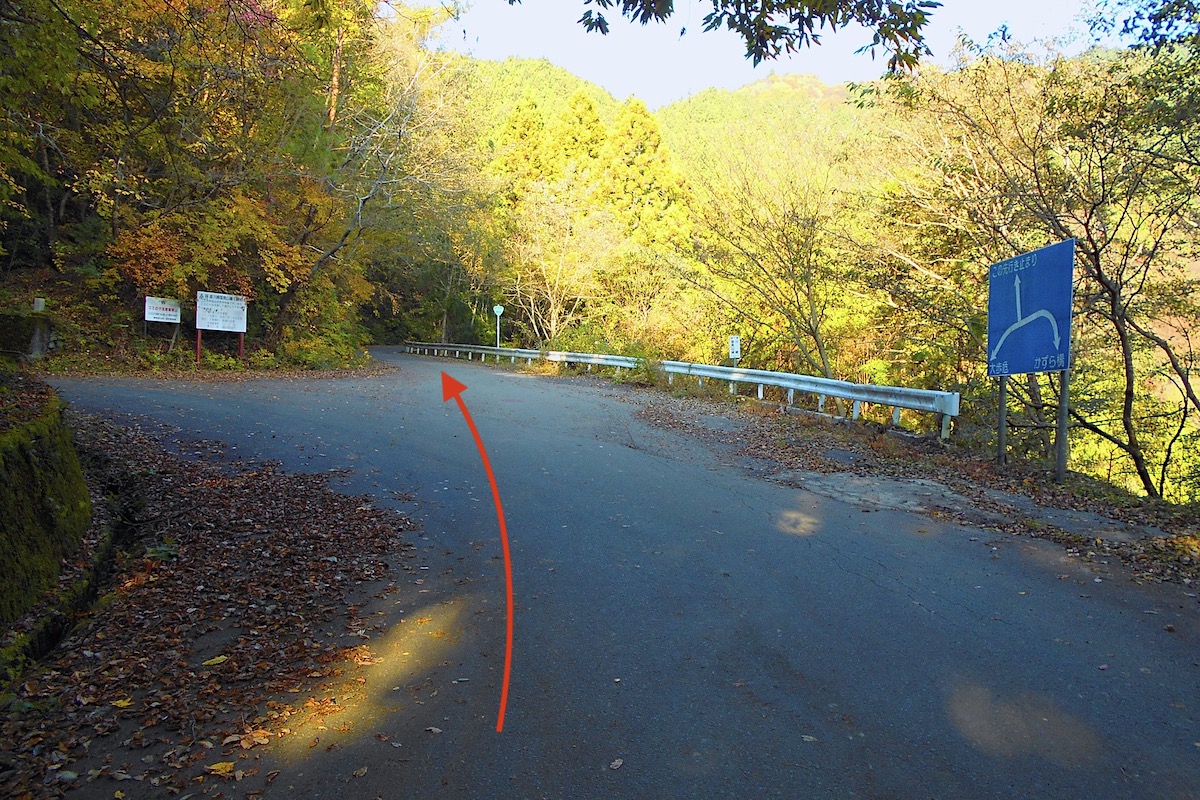 At this sign, go towards the right onto the more narrow logging road that goes straight into the forest (the translation on the sign says that this direction is a “Dead End”. In Japanese it says “この先行き止まり”). 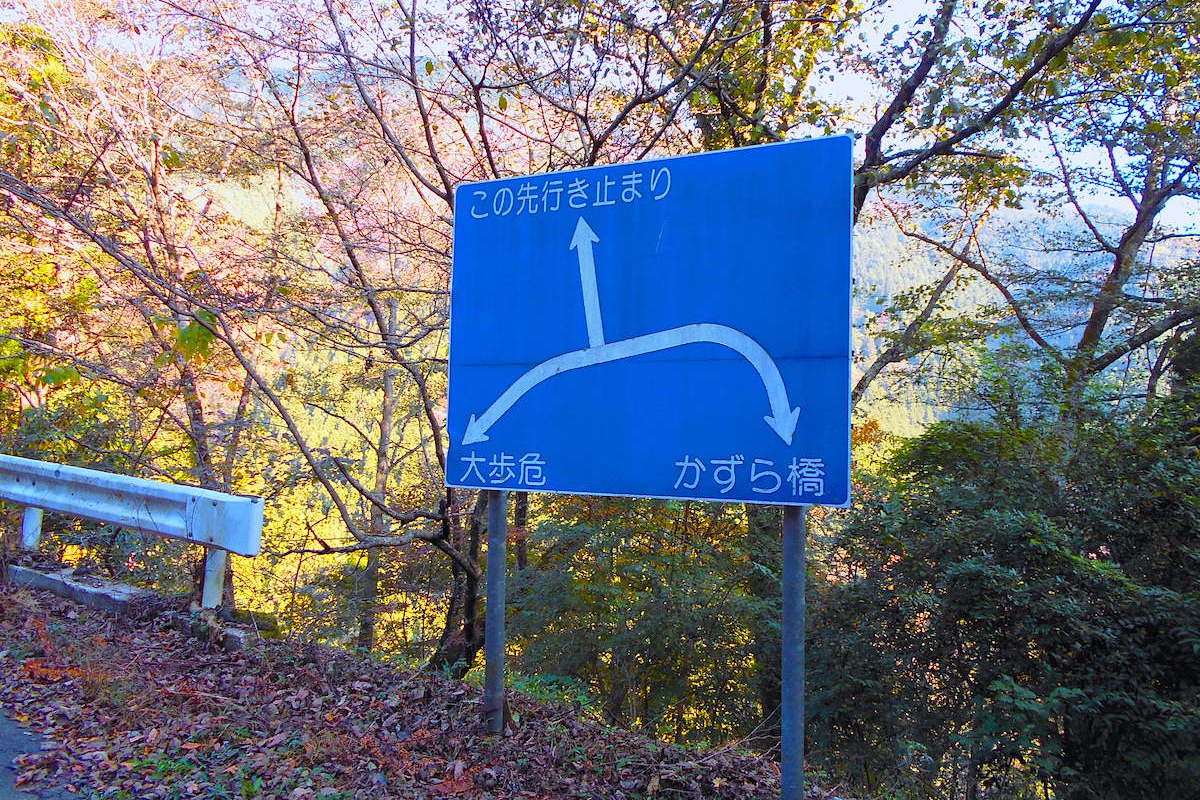 This logging road is paved, but it can be a bit rough at times, so be careful with the uneven surface.

(*as of Nov 2021, this logging road is not on Google Maps and also may not be on car navigation devices. However, the road is shown on the maps of the IyaTime tourism website, link given below)

Follow this logging road up for about 10 minutes from the blue sign to reach the Upper Kunimi Trailhead (at one point about halfway, there is a small turn off to the right. Do not turn off here and just stay on the main logging road as it curves to the left).

The Viewpoint at the Upper Kunimi Trailhead

The large sign for the Upper Trailhead for Mt Kunimi will easily be seen on the right side since there is not much else anywhere along this road except  for trees. The trailhead has a small parking area to the left, and a set stairs with a handrail going up next to the sign. 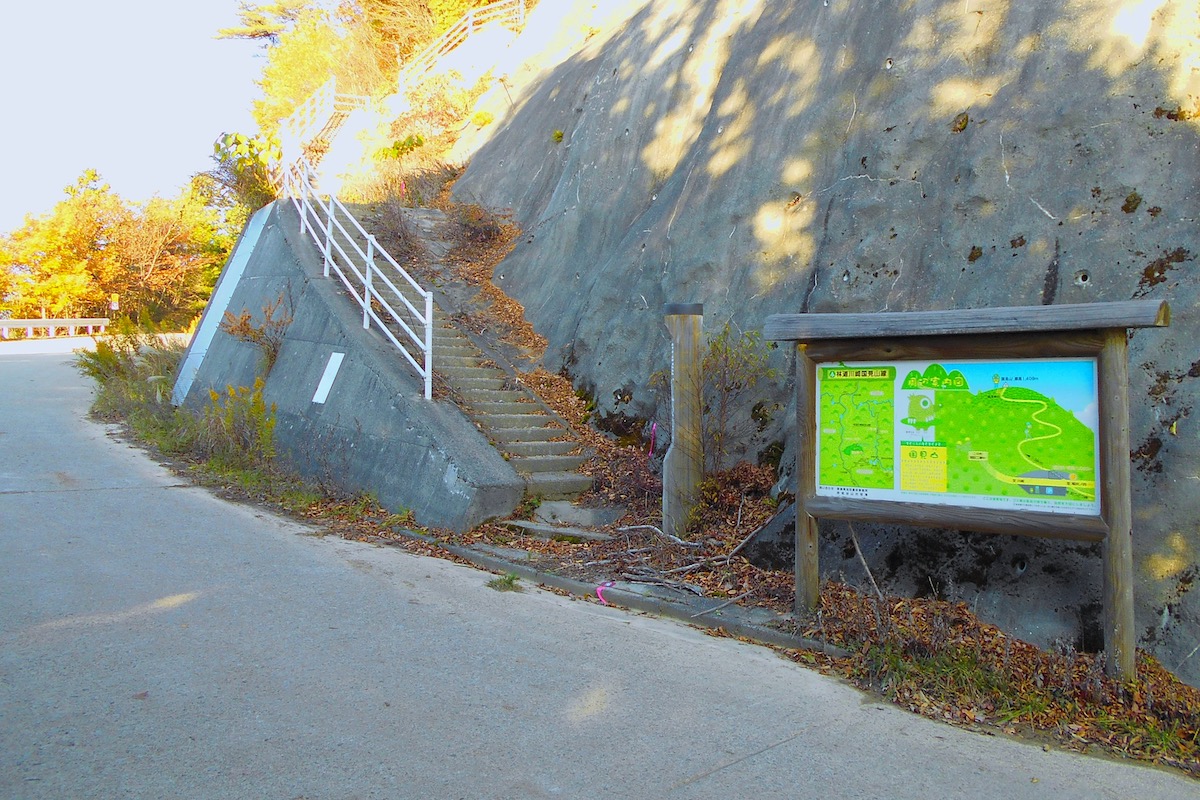 The view of the Sea of Clouds is best seen by going up the stairs to the top. You can also go a few meters up into the forest and immediately go off the trail to the right to get to another viewing spot just above the stairs in the forest. 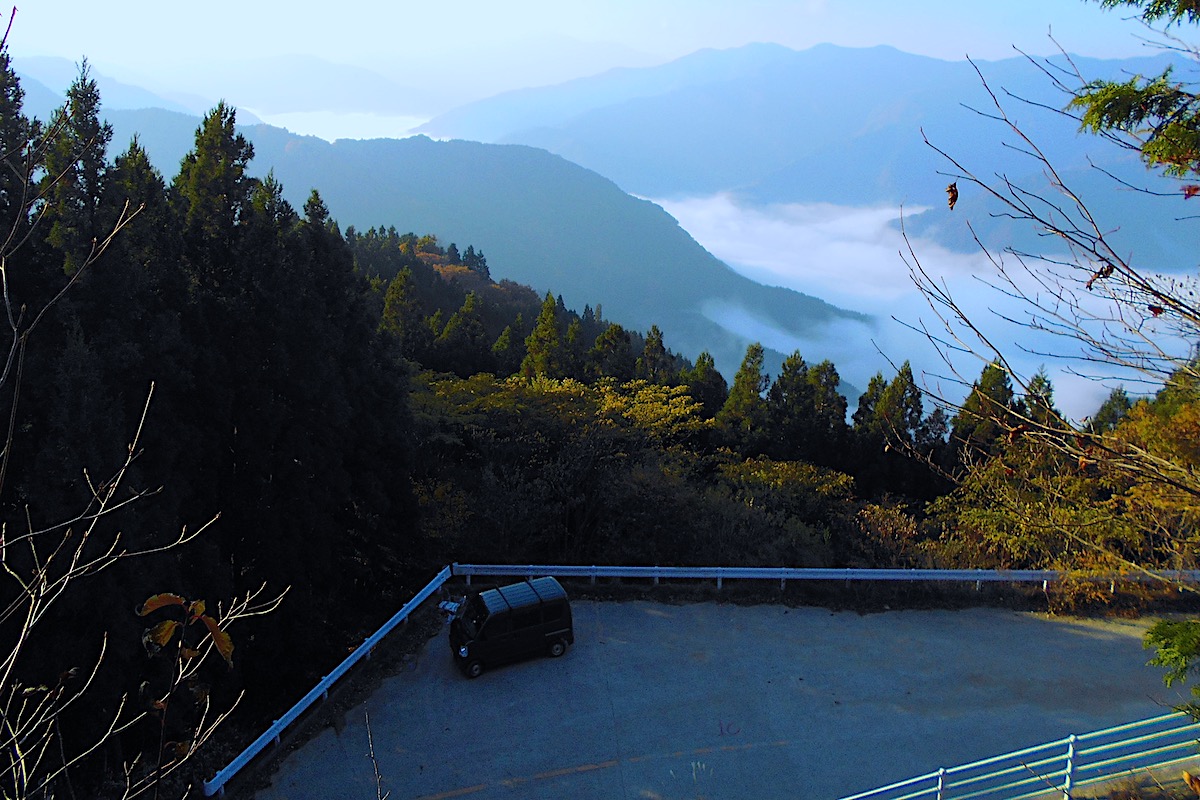 The Viewpoint along the Old Kunimi Trail

To access the second viewpoint (as explained in Part 2 of this article), drive further along the logging road past the Upper Kunimi Trailhead for another 10 minutes. The logging road is a bit rough, but it is paved the whole way.

After about 10 minutes (about 2.5km) the road will make a sharp curve to the right at a point that looks like the road was cut into the rock of the mountain.

On the left at the curve here is a small brown sign for the trail (in English and Japanese) which says “Mt. Kunimi” (“国見山”). 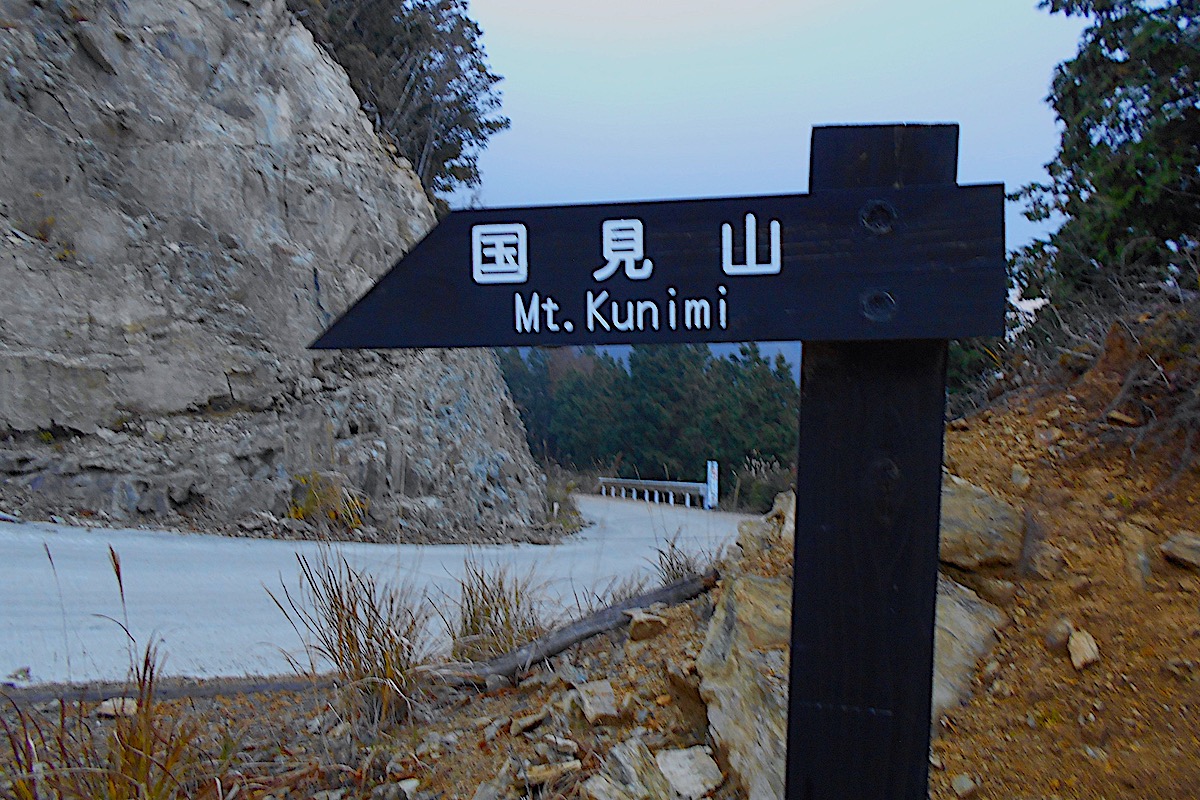 There is space to park off to the left side next to the sign, and by going up the small rocky mound next to the sign here you can see the awesome view of the Sea of Clouds. 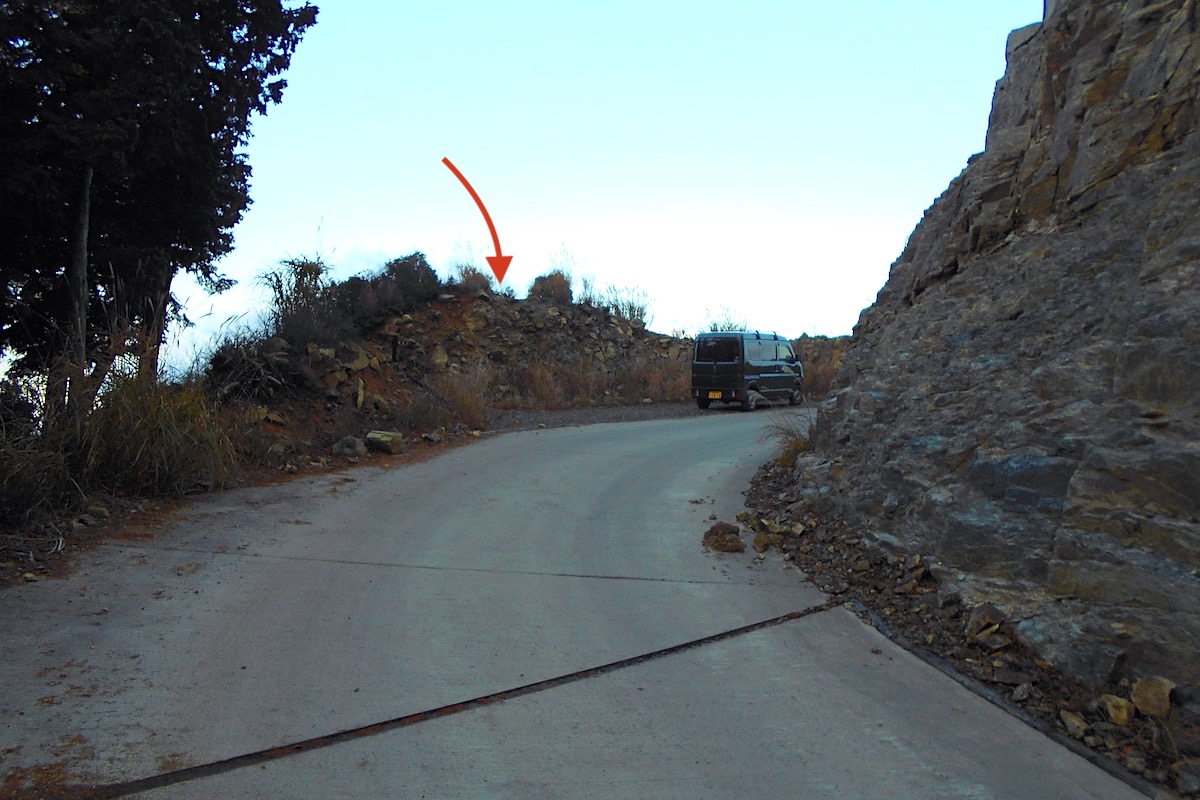 Other Sea of Clouds Viewpoints

If driving here seems a bit tough, there is also another Sea of Clouds viewpoint in the Oboke area of the Yoshino River that is easier to access.

Called the “Ahashi Viewing Deck”, the road to here is not as far as for the Mt Kunimi viewpoints, but the elevation is also not as high. However the view is still quite nice, and we detail the Ahashi viewpoint in a previous article found here:

Without a doubt, watching the Sea of Clouds in the Yoshino River Valley is a special experience, and even though it takes a bit of effort and an early morning start, it is certainly worth it. 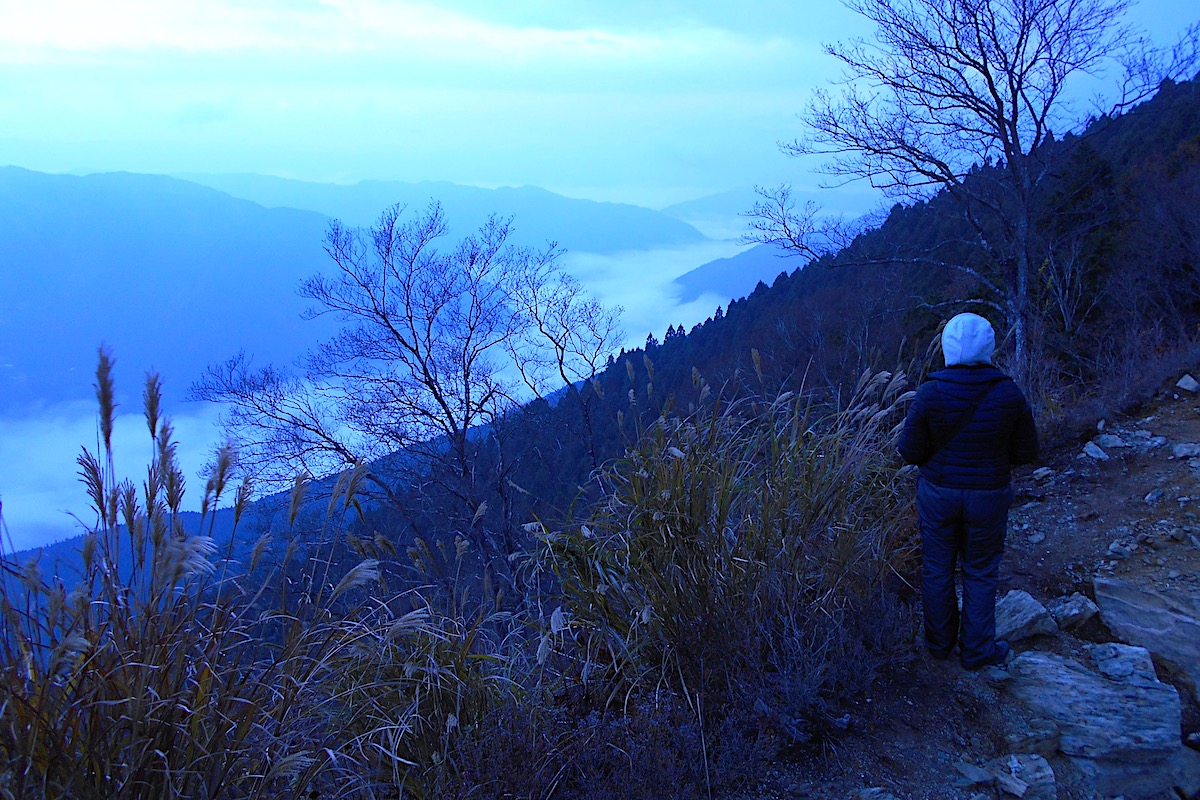