Known throughout Japan as “gibier” (pronounced “ji-bi-e” in Japanese), this general Japanese word for any wild-game meat is derived from the French language word of the same meaning, and in the past few years “Iya Gibier” has developed an increasing reputation among carnivore enthusiasts seeking authentic tastes.

In the center of the valley within a now-defunct kindergarten building is the Iya Hunter’s Butchery. Established in 2014 by the Iya Valley Hunter’s Association and the Miyoshi City Government, the orderly place is operated by master butcher Keishiro Takahashi. Literally a local jack-of-all-trades and ever cheerful, Takahashi-san has been a cook for much of his life and studied in a variety of places for how to butcher wild game before taking the helm of the butchery. 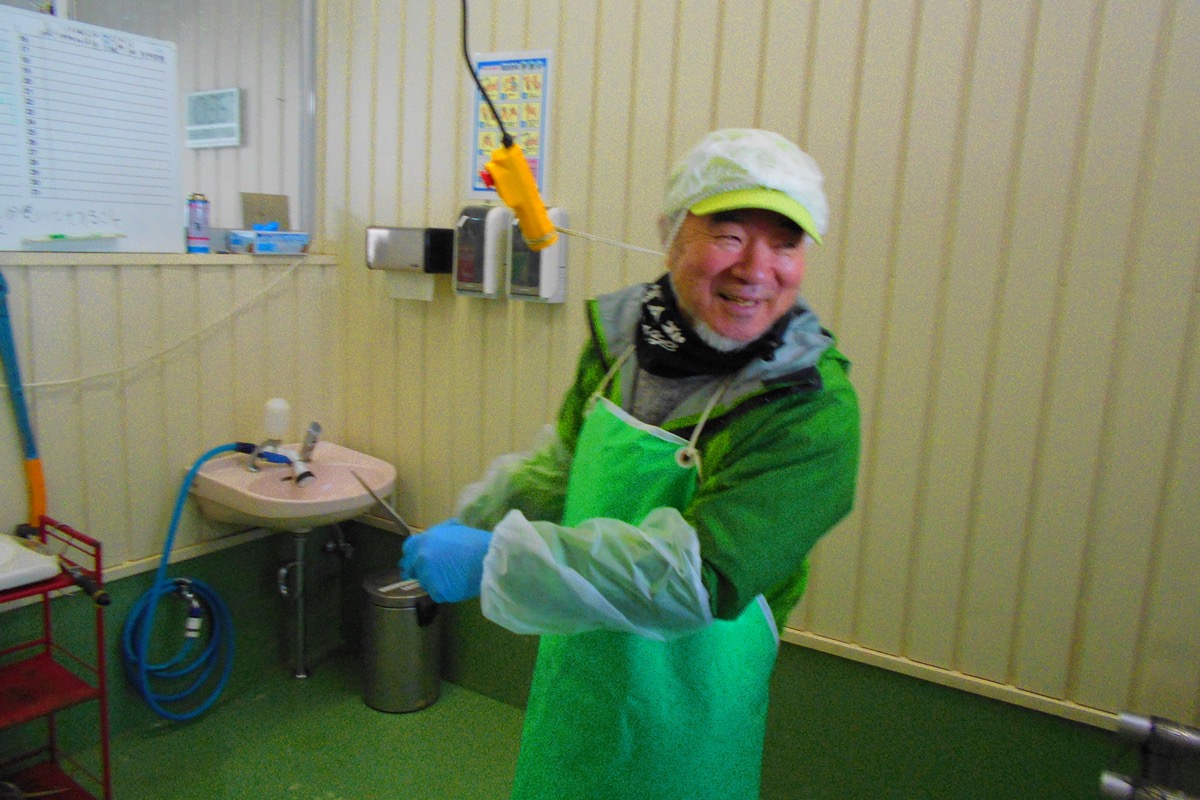 In an effort to support local hunters, the butchery was created as a place for them to sell their fresh catches as they help control the increasing animal populations while also making available to everyone the wonderful tastes of Iya’s wild game. Takahashi-san and his small crew of staff hygienically process the boar and deer meat they receive into a variety of packaged Iya Gibier cuts that are sold to hotels and restaurants across Japan, and also available for anyone to purchase either in person or online.

And in this meticulously clean establishment, maintaining quality is very important. “The hardest part is getting the meat in fresh,” explained Takahashi-san. “We have a rule that we only take animals within one hour of being killed.” In fact, the place is so well kept that it was the country’s second location to ever receive Japan’s prestigious “Domestic Gibier Certification” for meatpacking facilities. 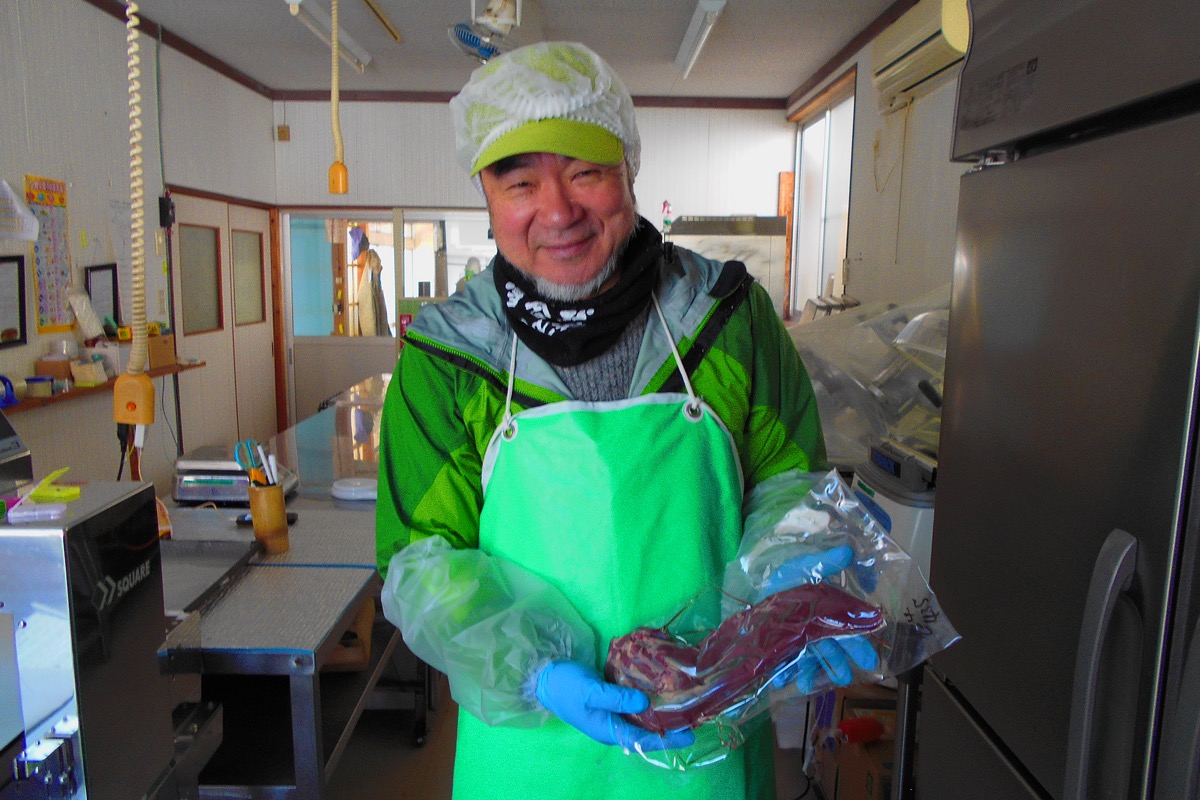 Always looking for new ways to offer his craft, steaks and roasts are produced along with ham, jerky, and minced meat. One of his other specialties is sausage, which Takahashi-san had been making for years previously with more common types of meat, well before getting involved with wild-game.

Back over at Domai-san’s mountain-side man-cave, the barbecue was flaming with meat. A half dozen of Takahashi-san’s thick gibier sausages sizzled on the grill as they filled the air with a tempting aroma which made Domai-san’s dogs yap with desire in the background. His slightly more docile dog Maru sat beside us attentively, hoping in vain for a handout. 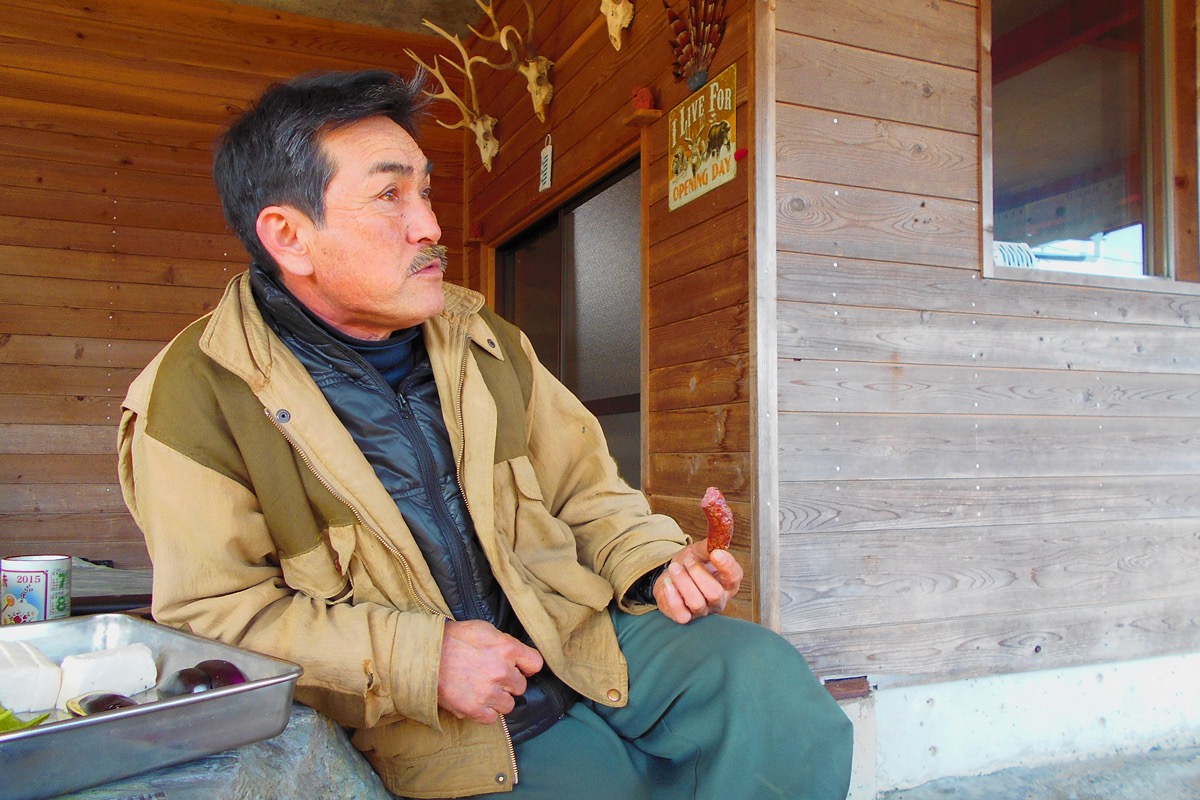 As he recounted more grizzled stories of “chasing the mountain”, Domai-san bit approvingly into one of the boar sausages. “This tastes like a nice salami. More people should try it.”

And in case you also want to experience this taste of the chase, there are several places locally which have Iya Gibier on offer: 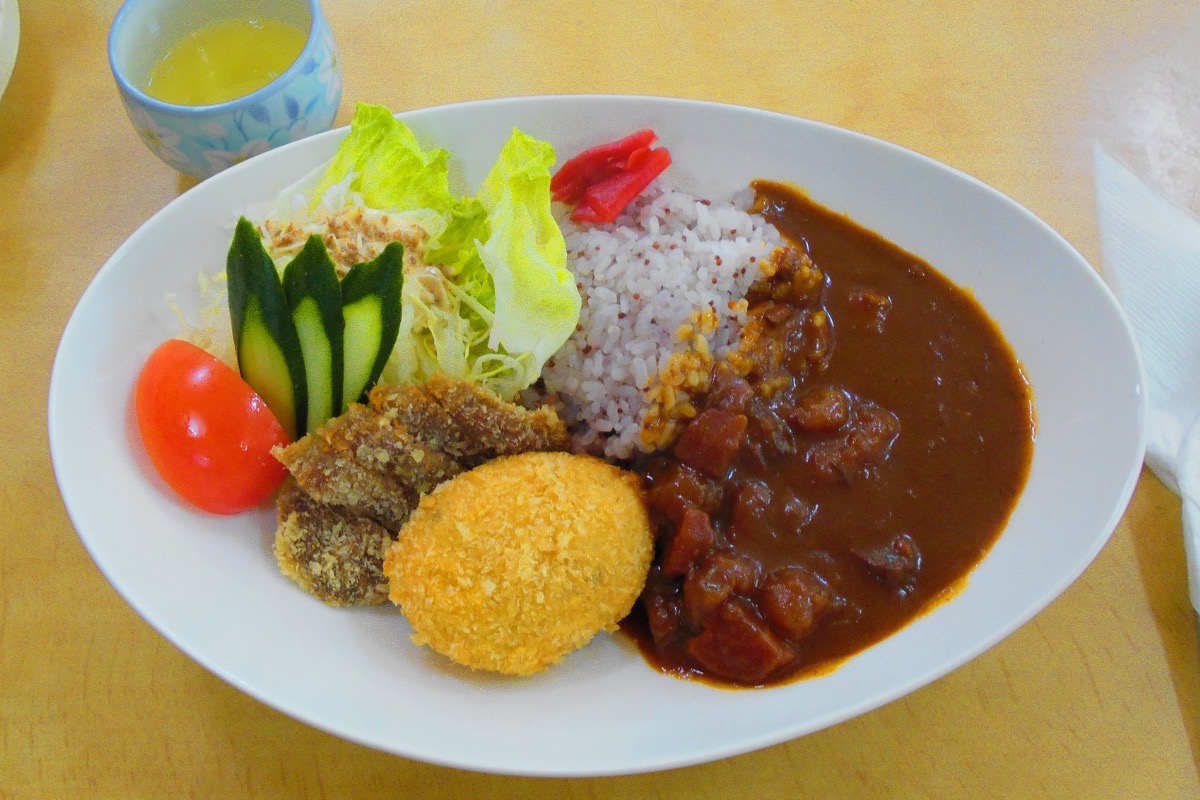 So when visiting Miyoshi, be sure to “Chase the Mountain” with Iya Gibier. Bon appetit !!