“Assobimotte” is a saying that will probably be familiar to most people from Miyoshi, but for everyone else, it simply means, “enjoy yourself.” The term has been used as the brand name for a new honey product that is enjoying quite a lot of popularity among young people in the city.

Michio Yokoyama spent many years in Osaka working as a designer before moving back to his hometown of Miyoshi in 2019 to raise his family. He continues to work as a designer, but he also launched assobimotte with some friends from the area. The following is an excerpt from our interview in Yokoyama’s own words.

We started assobimotte last October. Well, I say start, but it’s not like we had to do a lot of preparation or anything. It all just sort of got going naturally, and before I knew it, we were doing it. assobimotte is an initiative to get publicity for the honey collected in the Shinyama area of Miyoshi’s Ikeda-cho neighborhood. The honey we sell is collected by the dad of one of the people in assobimotte – it’s something that we enjoyed all the time. It was just something we ate, then one day, one of the guys said, “You know what, this is really delicious! Let’s go help collect it!”

So we went, and we saw the person’s dad and his older friends having an amazing time as they worked. I thought that must be why the honey tastes so good – the secret is in the fact that these old guys have so much fun collecting it.

Bees collect nectar from flowers in the area around their hives, so it’s like the air, environment, and character of the Shinyama area all contribute to the flavor. So, you have the relationship the bees have with people, and you have the older guys having fun interacting with the bees; and the honey itself starts to seem like an expression of gratitude for the natural riches of the land around it.

So, just when our group started talking about selling the honey to help teach people about the value of making things, we got an invitation to open a shop in a town market, and that’s when we decided to start. It was really sudden though – we only had four days to get ready for the market.

But we had this delicious honey, and I designed the label for the jars, and other members of our group all brought their own experiences and skills and communities to the table, and we had a brand in our hands in no time.

So we had our shop in the market, and started getting repeat customers and those customers told their friends. People who’d heard about us or were interested in what we are doing started contacting us to buy honey, and restaurants in the city began introducing our honey into dishes on their menus, and we even started sending honey to people we knew in Kagawa, Osaka, and Tokyo. Before we knew it, a year had passed, and we had interacted with a whole bunch of people through this one brand of honey.

Our work with assobimotte has become a part of my everyday life for me as well. It’s like an extension of what I always do…it’s becoming my “life work.”

Of course, I don’t think I could have ever done it alone. It’s been a year since we just started this in a really natural way, and I’m happy that people like it so much and am confident that we’ve created something good. 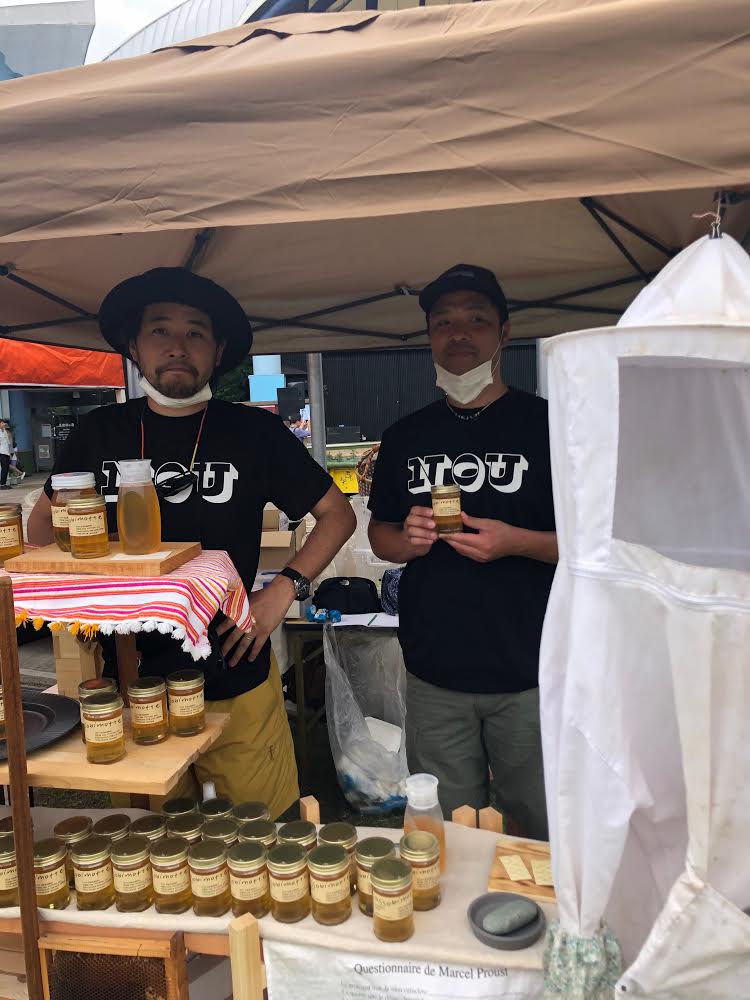 Photo: At the market with another member of the assobimotte group, who Yokoyama has been friends with since nursery school.

We deliver honey to our customers’ homes in town if they contact us, and deliver it using traditional okamochi boxes.

I’m really enjoying myself – just like the phrase assobimotte – thinking about stuff like what if the okamochi boxes become a more common sight around town.

We hope to keep that sense of playfulness somewhere in there, and that way of thinking is not just in the brand name, it’s the very concept behind everything we do. 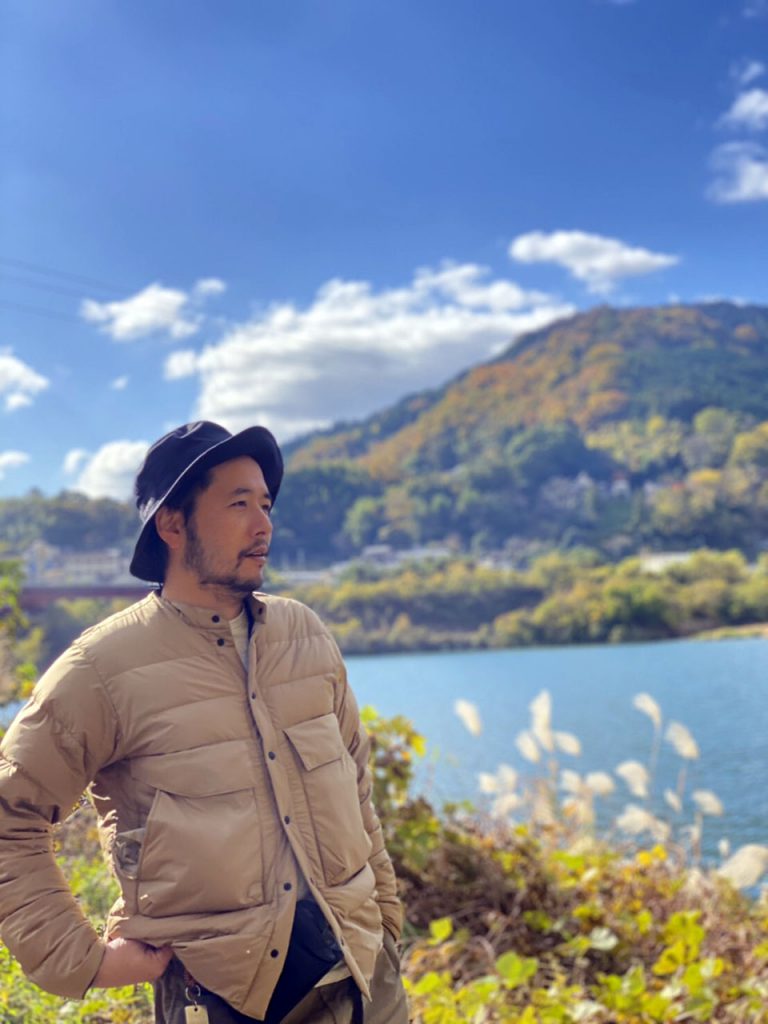 Our interview location: Lake Ikeda on a sunny autumn day. Yokoyama looks right at home in the middle of nature.

“The secret to the flavor is in the fact that the producers love making it.”

Around 90% of Miyoshi is covered in forest, and it is in this environment in which items are made by people who enjoy what they are doing, people who treat the land well and share both knowledge and skills.

The products from assobimotte have a value that cannot be quantified – something derived from the playful souls of their creators – and that is the value they deliver to their customers.