Ryugugake Park – Part 1 | A Place to Relax Within Tranquil Nature

Tokushima Prefecture’s Miyoshi City is known for being home to many unexplored areas, and among these off-the-beaten path spots is the Ryugugake Park of the Iya Valley. Aside from the lack of crowds, it boasts Iya’s highest suspension footbridge, serene forests, and a lovely set of peaceful rental cabins.

Ryugugake Park is located within Miyoshi City’s Iya Valley in the eastern section of the valley, which is formally known as Higashi-Iya (East Iya), but locally referred to as Oku-Iya (Deep Iya). Comprised of breathtaking cliffs, dense virgin forest, and bisected by the turquoise Iya River, this wonderful park is enjoyable every season, and its set of modern rental cabins make it a great base for exploring the Iya Valley. 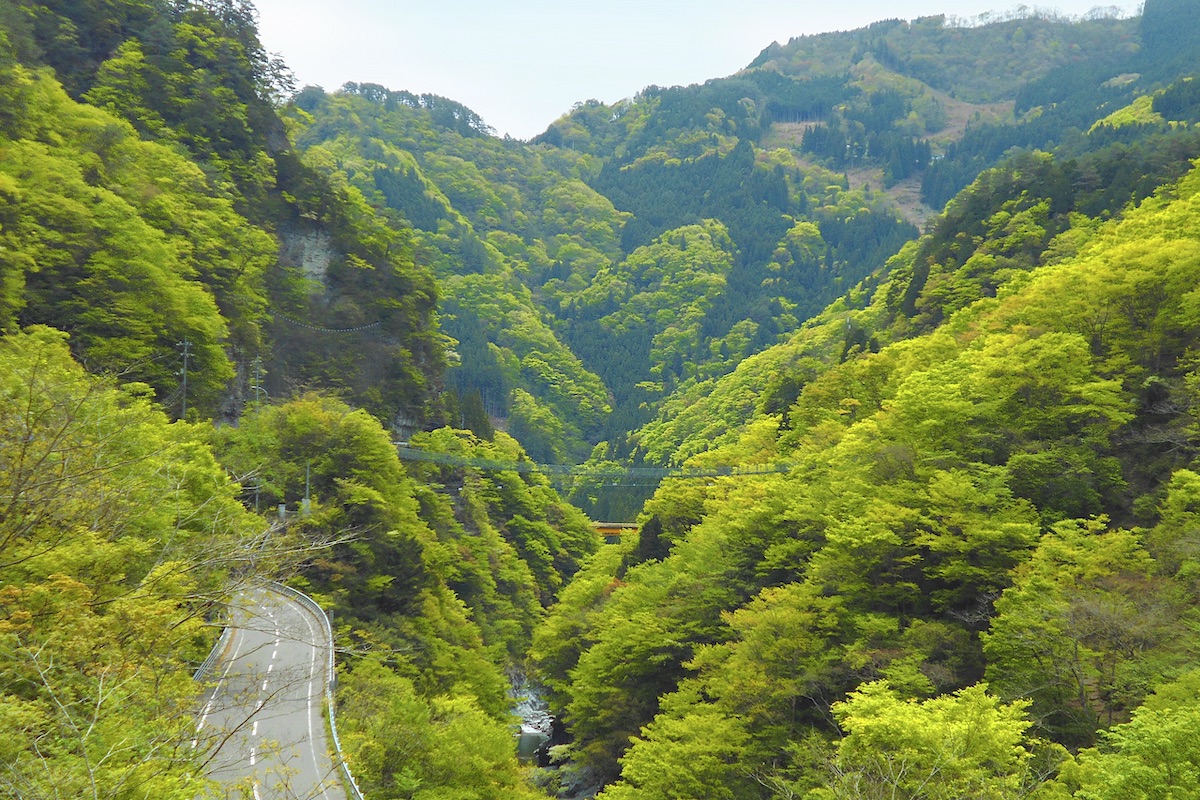 Though the vine bridges (“kazurabashi”) of the Iya Valley tend to get all the attention, there are also several other wire suspension foot bridges that criss-cross the valley. Hanging 70 meters above the river below, the suspension bridge at Ryugugake Park is the highest in Iya and probably the most notable feature of the park. 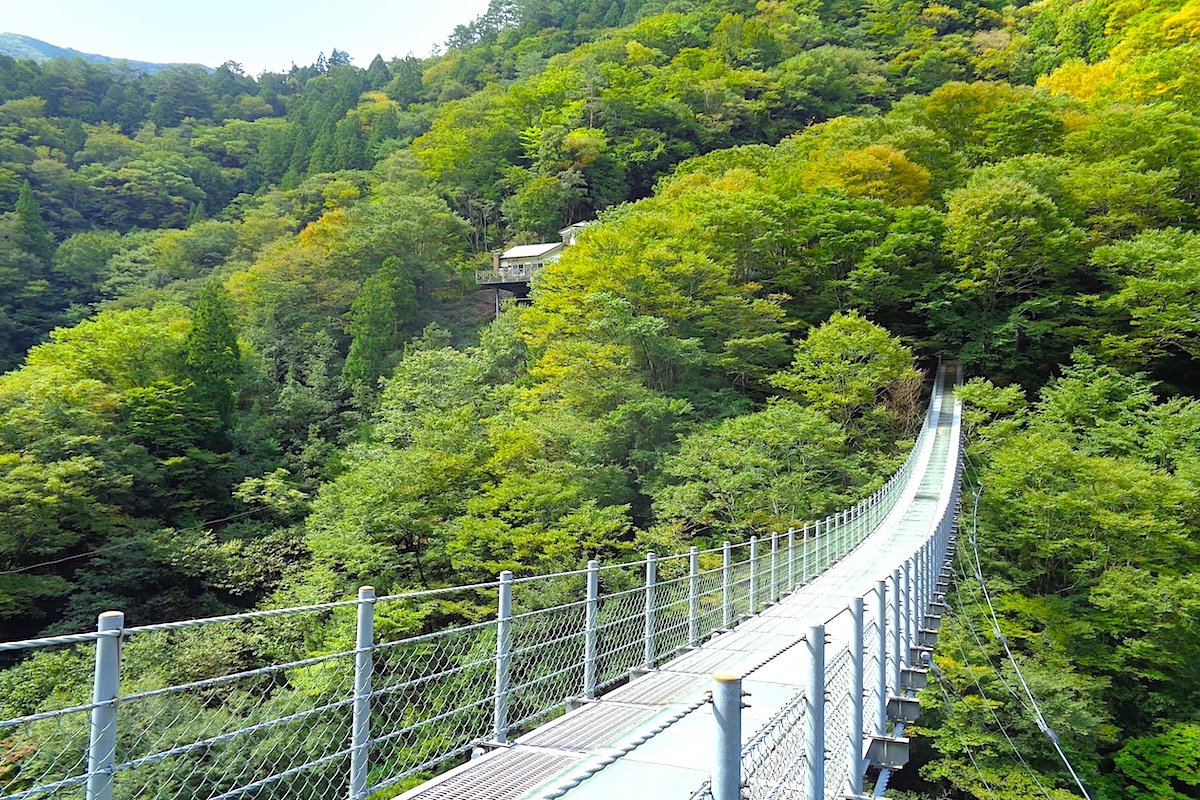 At first glance, many people initially feel a little hesitant to go onto the bridge, but once they step on, they quickly discover that it is actually exceptionally sturdy and rigid.

From the center of the bridge the views looking into every direction are fantastic, and every season offers a different view. Peering down to the river below is mesmerizing. 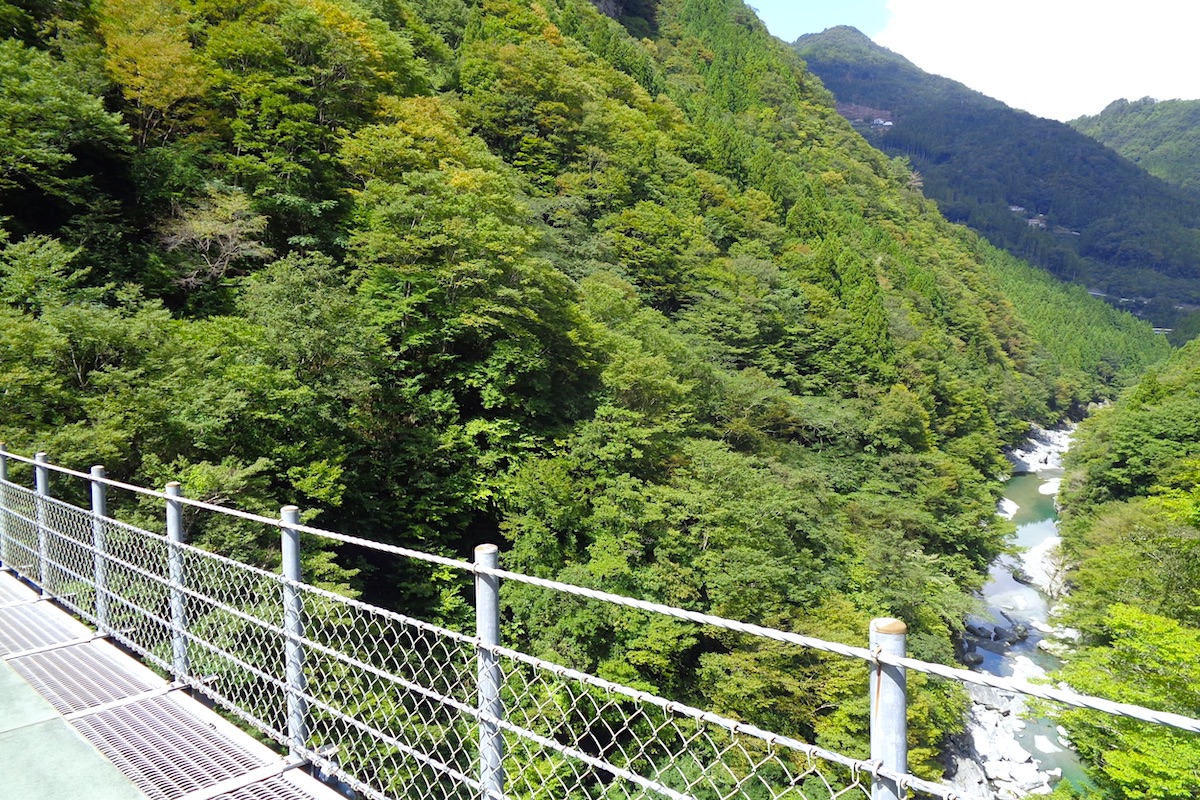 The bridge is accessed by taking the old section of the main “Iya Highway” which bypasses the Ryugu Tunnel. More about this bypass road is explained later.

Crossing into the park

On the other side of the suspension bridge the main section of the park begins, and a path leads up through a forest full of maple, beech, and zelkova elm trees. Unlike many Japanese “parks” which are often overly landscaped, here it feels more like you are entering into the natural forest. 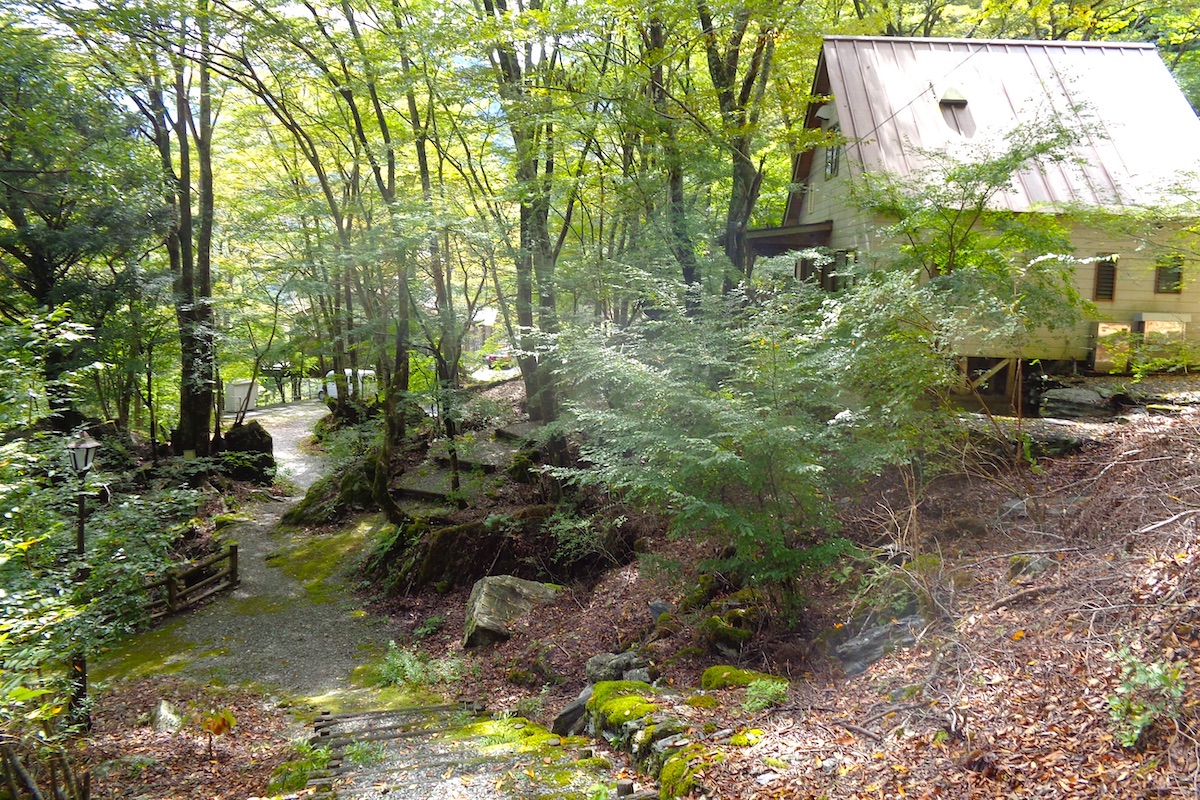 Though the leaves on the trees are dense, on sunny days the rays of light which beam through the swaying branches are enchanting.

The rental cabins are spread out up the hillside, but just a bit up the path from the bridge is the main administration building of the park. *If looking to fully drive into the park for the cabins, it is also possible to take the regular access road which can be found on the opposite side of the Ryugu Tunnel, and crosses the river via a vehicle bridge a few hundred meters further up the valley.

The cabins at the park are known as “Ryugugake Cottages” and allow for a not only a relaxing place to stay, but a chance to do so while immersed in nature.

If you enter the administration building, it is possible to look out from the balcony across the valley to see the rather unique road of Ryugugake Park cutting across the mountainside. As can be seen, this section of the Iya Valley has particularly steep cliffs, and such conditions created a serious issue when the first road through the valley was being built during the early/mid 20th century. It apparently took a considerable amount of time and effort to literally carve the single-lane road into the stone cliff-faces here. 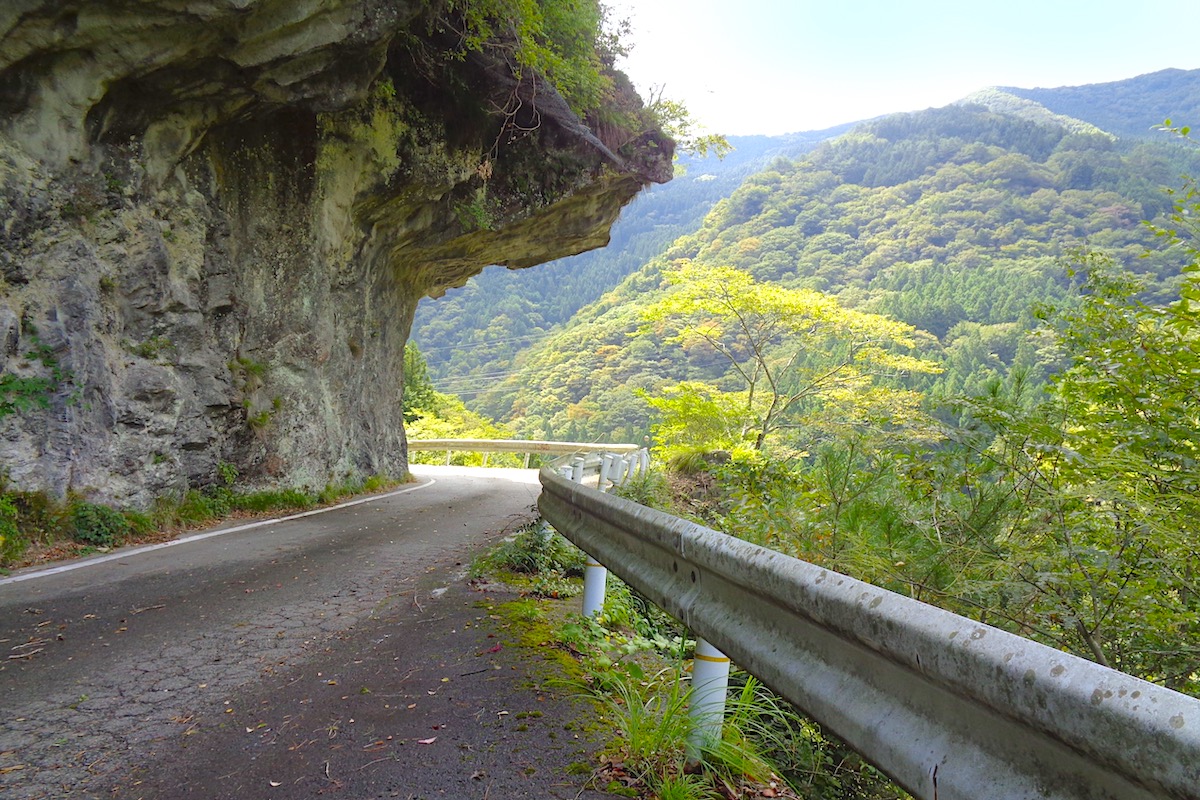 And though the official name for this area is Ryugugake Park (“Dragon’s Palace Cliff Park”) most local people refer to the area, and especially the old road, as “Manpu”. Meaning “ten-thousand men”, this is supposedly what it took to build this section of the road many decades ago. Actually, until the Ryugu Tunnel was completed in 2003 (which goes through the mountain in here and bypasses the road), this hair-raising marvel of engineering was the main way to access the entire eastern half of the Iya Valley.

Though rarely used much nowadays, this cliff-hanging road is still open to drive upon by bypassing the tunnel. If coming up the main “Iya Highway” from western Iya (Nishi-Iya) or Oboke, the turn-off for this old road is to the left near the small Tourist Information Office. 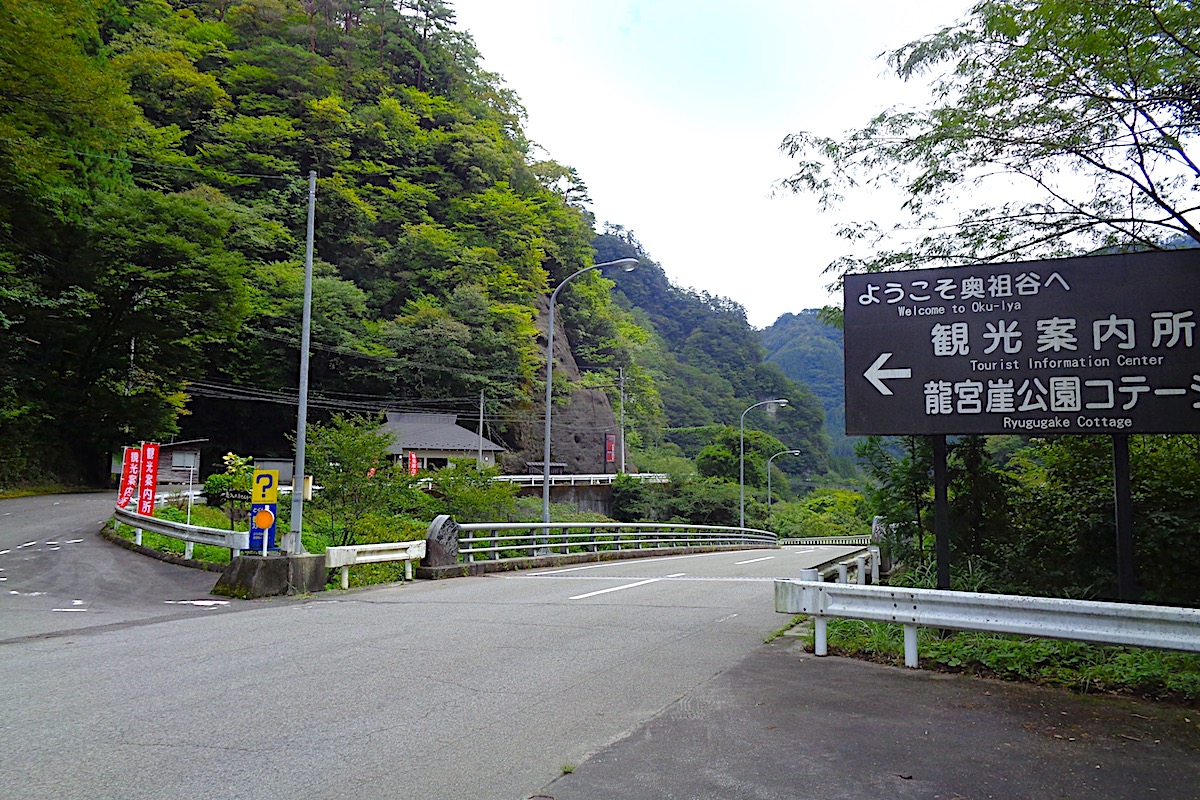 Enjoying the four seasons of Iya

No matter when you visit, Ryugugake park is a place to connect with nature. Birds can be seen and heard throughout the year, and lots of interesting insects can be found during the warmer months. Some birds are so docile that they will fly right onto your hand in hopes of getting a treat. 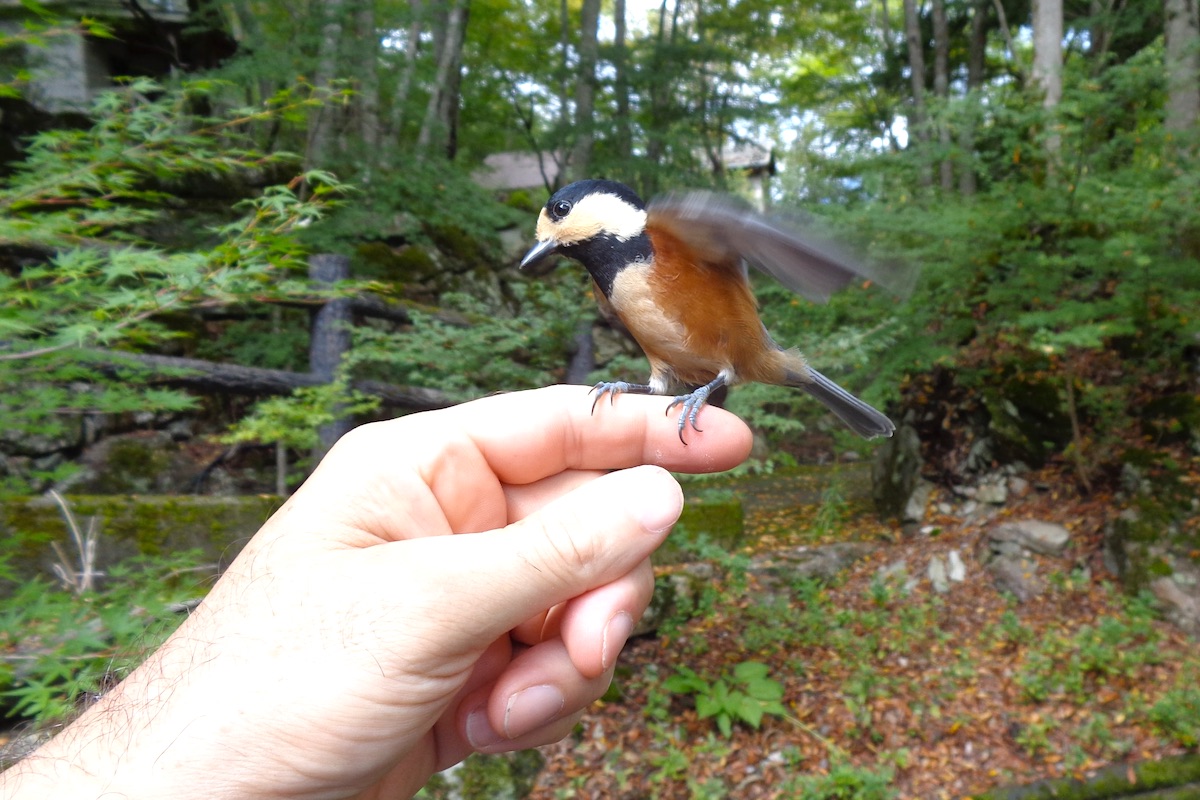 In the spring, the radiant pale green leaves give a feeling of freshness and rejuvenation. Many local people consider this their favorite time to enjoy the scenery since it marks a welcome reprieve from the long winter. 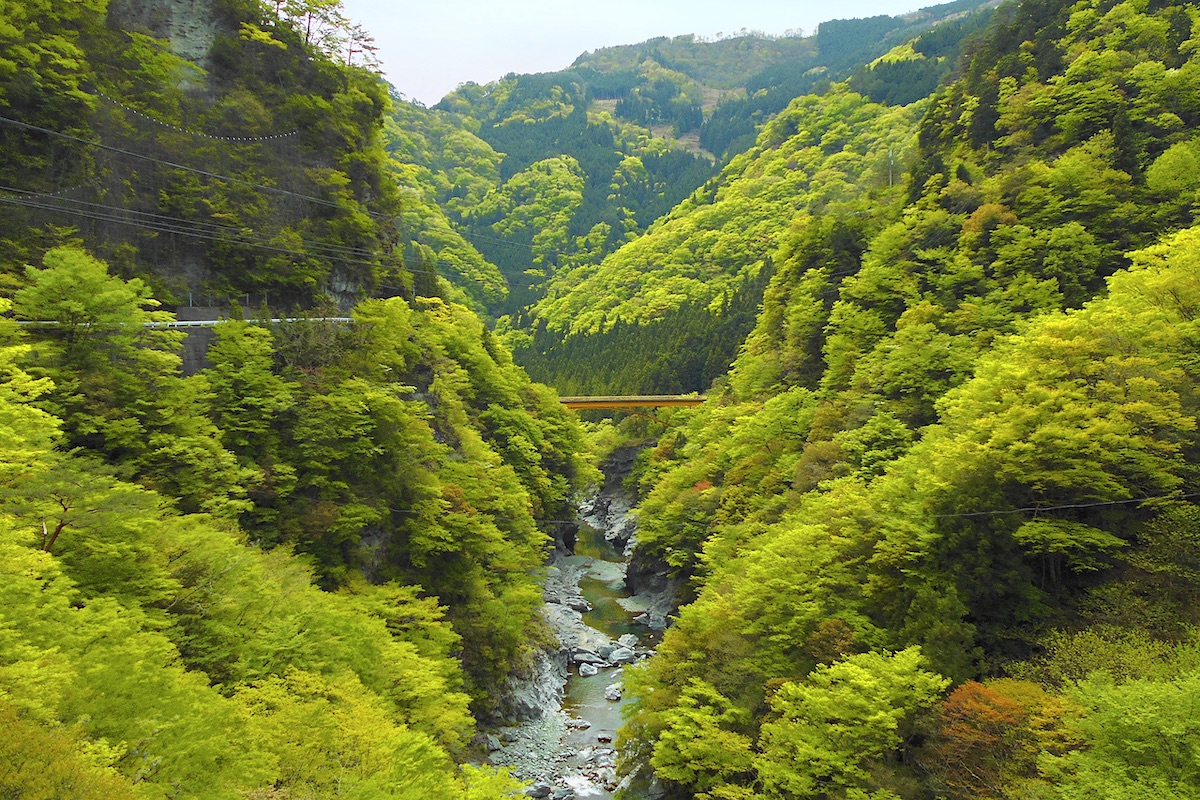 During the summer, deep greens seem to burst from every surface, and the forest produces a type of natural air-conditioning, making it feel immediately cooler as you enter. Actually, the cabins tend to have several repeat customers who come every summer in order to escape the oppressive heat of Japan’s lowland and coastal areas. 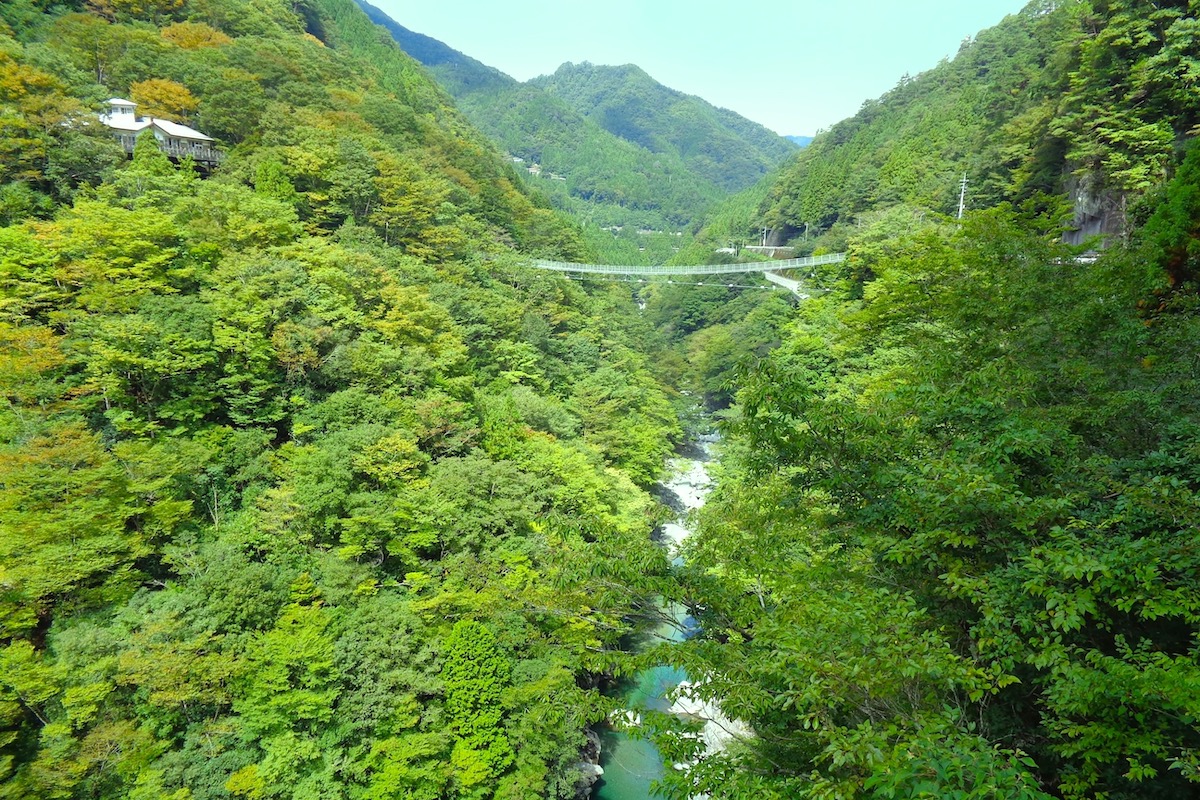 Autumn is probably the most popular time for people to visit since the array of colors on display are truly sensational. Usually the leaves change color at Ryugugale Park from mid/late October until mid-November. 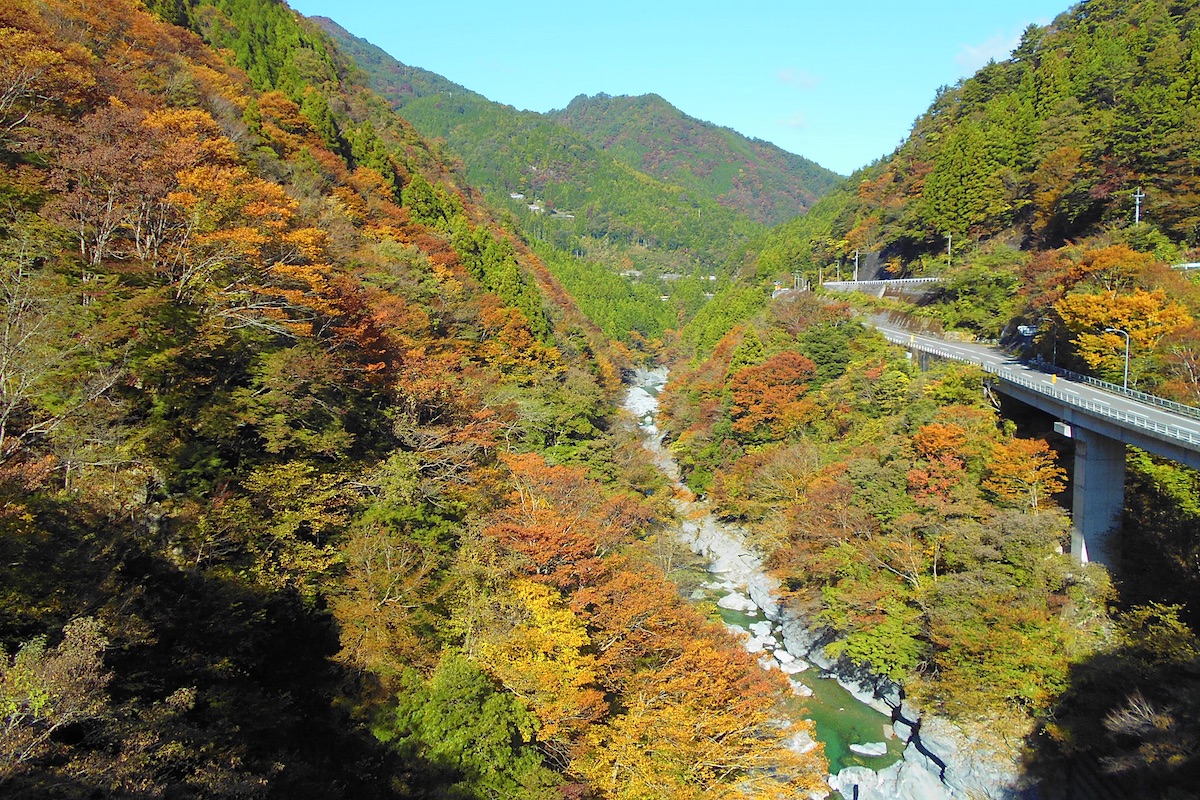 And though the cabins here close during the winter, the bridge remains open all year, allowing a chance to be enveloped by the silent serenity of the off-season. Winter also holds its own charm here with its barren, monochromatic scenes, making it feel as if you are stepping into a traditional ink painting. 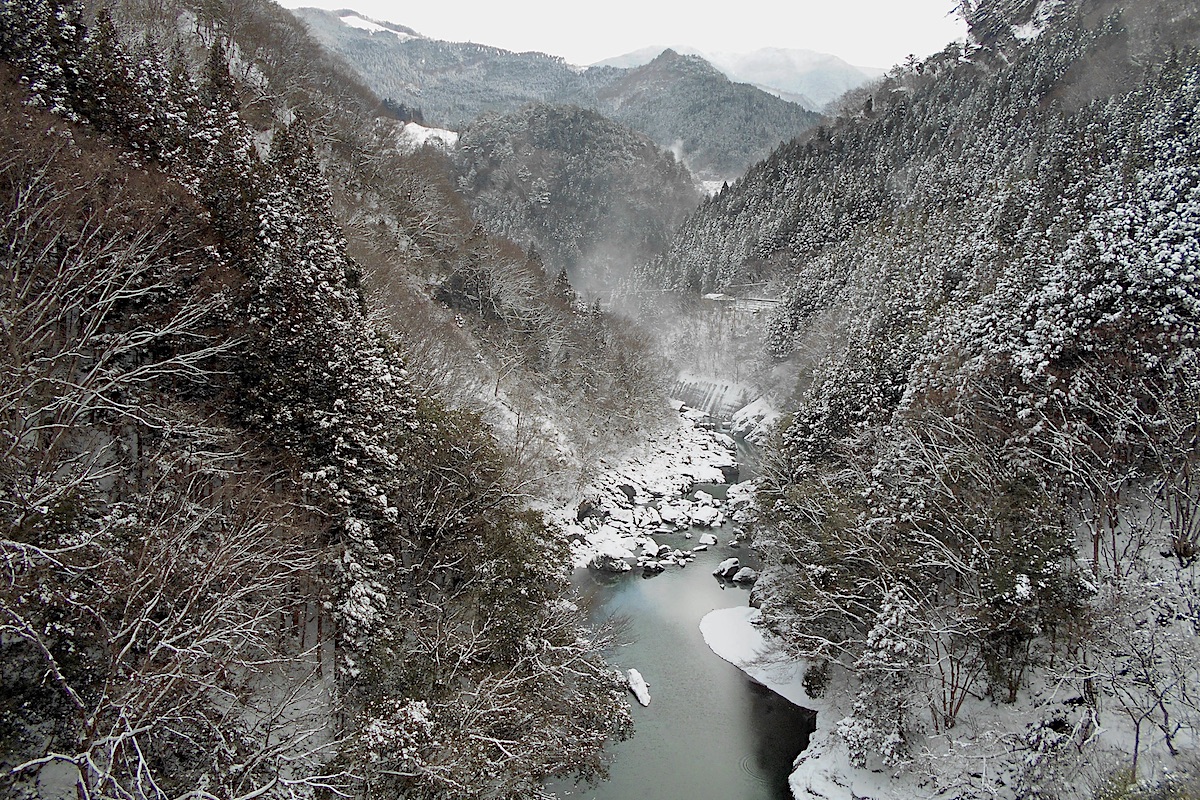 In Part 2 we find out more about staying at the cabins of Ryugugake Cottages.

For Staying at Ryugugake Cottages

*Direct reservations are taken by phone in Japanese only. If looking to reserve online in English, contact the Miyoshi City Tourism Department (since the location is a town park, it is owned and managed by the town government). You can contact them via email here: