For the past several years, it has become increasingly popular for Japan’s urban residents to move to the countryside. And while rural governments have recently been making efforts to attract such migration, some people decided long ago to make this change. Hideo Ichioka is one such person, who moved back to his hometown in Miyoshi’s remote Iya Valley about 30 years ago.

One recent spring day I visited the local library of Oku-Iya (the “Deep Iya Valley”, also known as Higashi-Iya, “East Iya”), which is known as the “Yamagara Bunko” and is managed by Hideo Ichioka.

The building for the library is Oku-Iya’s former high school which stopped having students nearly 20 years ago. With only about 10 rooms in total, the classic two-story building has a particularly nostalgic feel, and its location down a pathway off the road overlooking the forest-enclosed Iya River gives it a naturally hidden feeling. 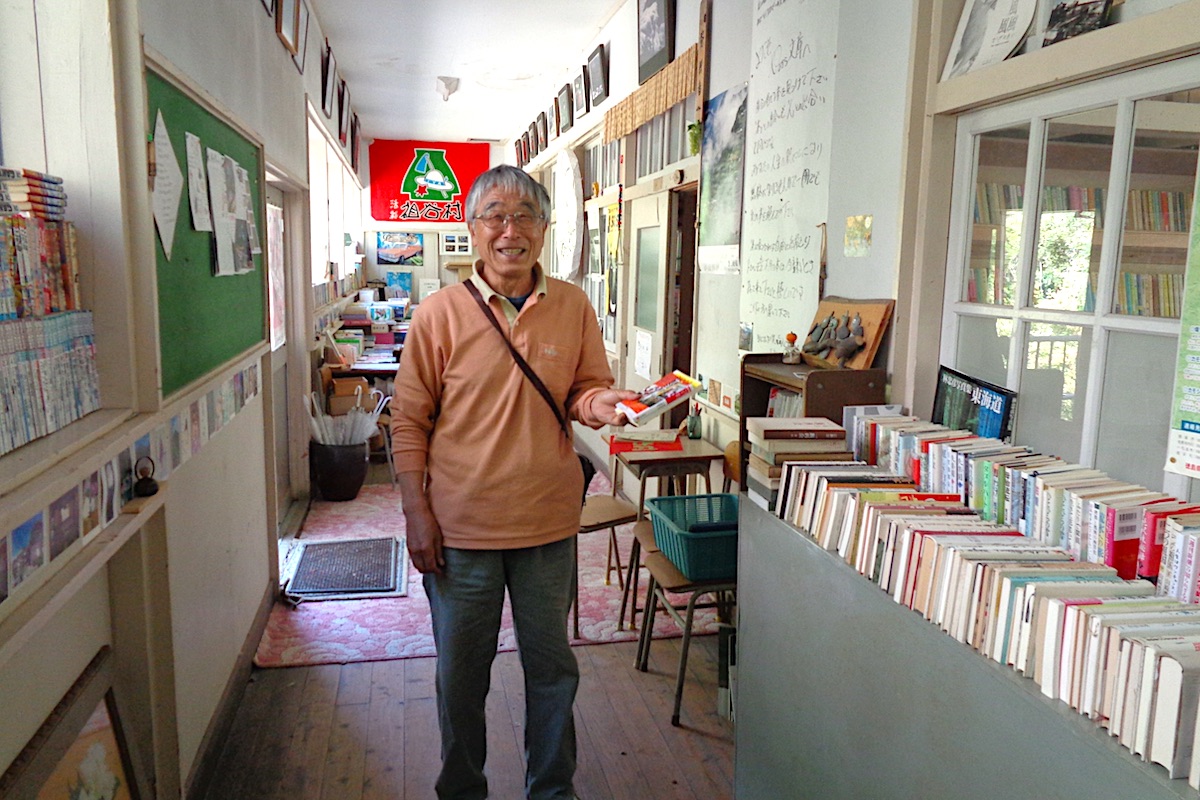 Knowing that I was coming, Ichioka met me out front with his ever-present smile.

A pioneer in regional revitalization

Practically everyone in the Iya Valley knows Hideo Ichioka, and the number of community-related activities he is involved with is almost too long to list. Actually, if there was ever one person who can hold the title of “Mr. Iya”, it is probably him.

Born and raised in one of the more isolated mountainside hamlets in the remote Iya Valley, he grew up in an era when Iya was just starting to get connected to the wider world yet also when all of its old-world ways were still part of daily of life. Like many of his friends at the time, after finishing school he left behind his humble upbringings for a new life in the city. It was the late 1960s and living in such a rural place wasn’t at all “cool”. 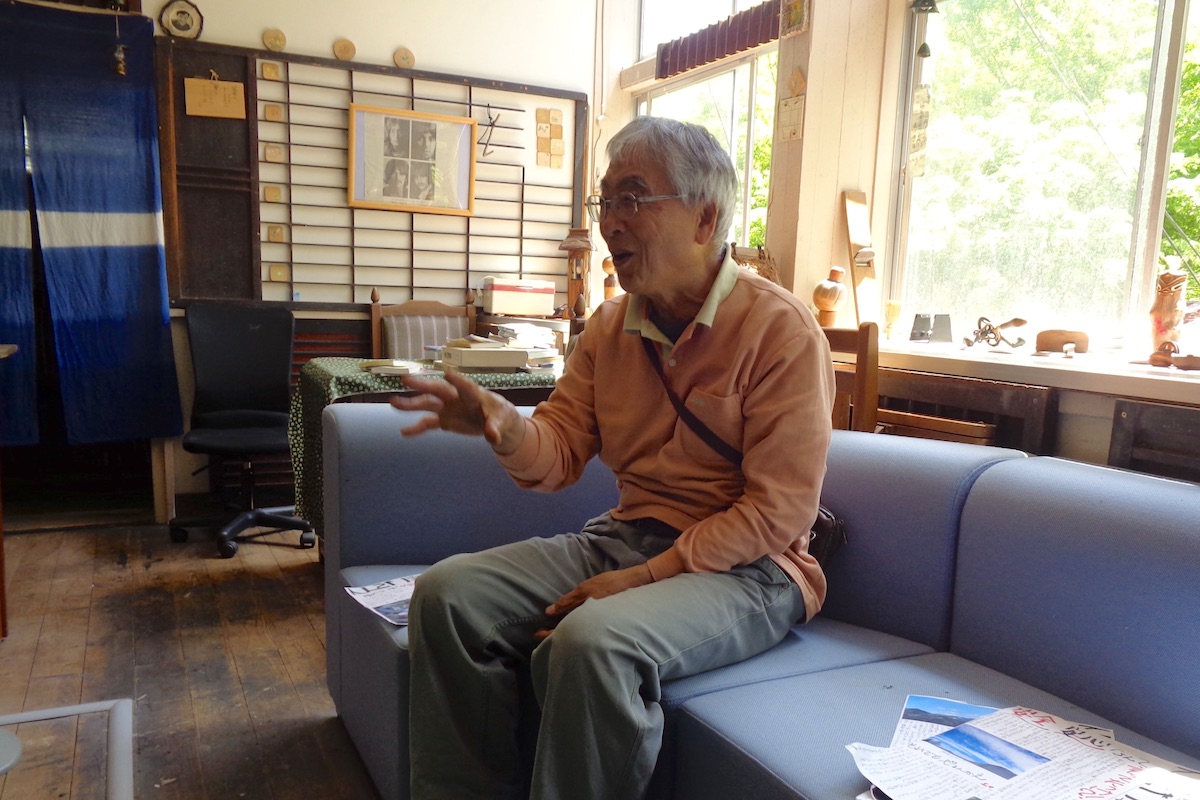 Ichioka moved to Chiba Prefecture in the outskirts of Tokyo where he worked for a couple decades in a post office, but unlike his relocated peers, nearly 30 years ago he left behind the life he created in the city in order to re-establish himself back in his hometown.

It was now the early 1990s and Ichioka had come back to visit the Iya Valley for a school reunion. Though he was still living in Chiba as a postal worker, he had found that the population of his home hamlet of Imai had decreased to only 3 or 4 households. One of his friends mentioned, “Imai will probably be the first place in Iya to be fully depopulated.”

Saddened by the realization that not just Imai but all of Iya was being depleted, Ichioka said to himself, “I never meant to abandon Iya, but I can’t bear to imagine it being gone. If I don’t go back now, there won’t be a place called Iya anymore when I’m older.” 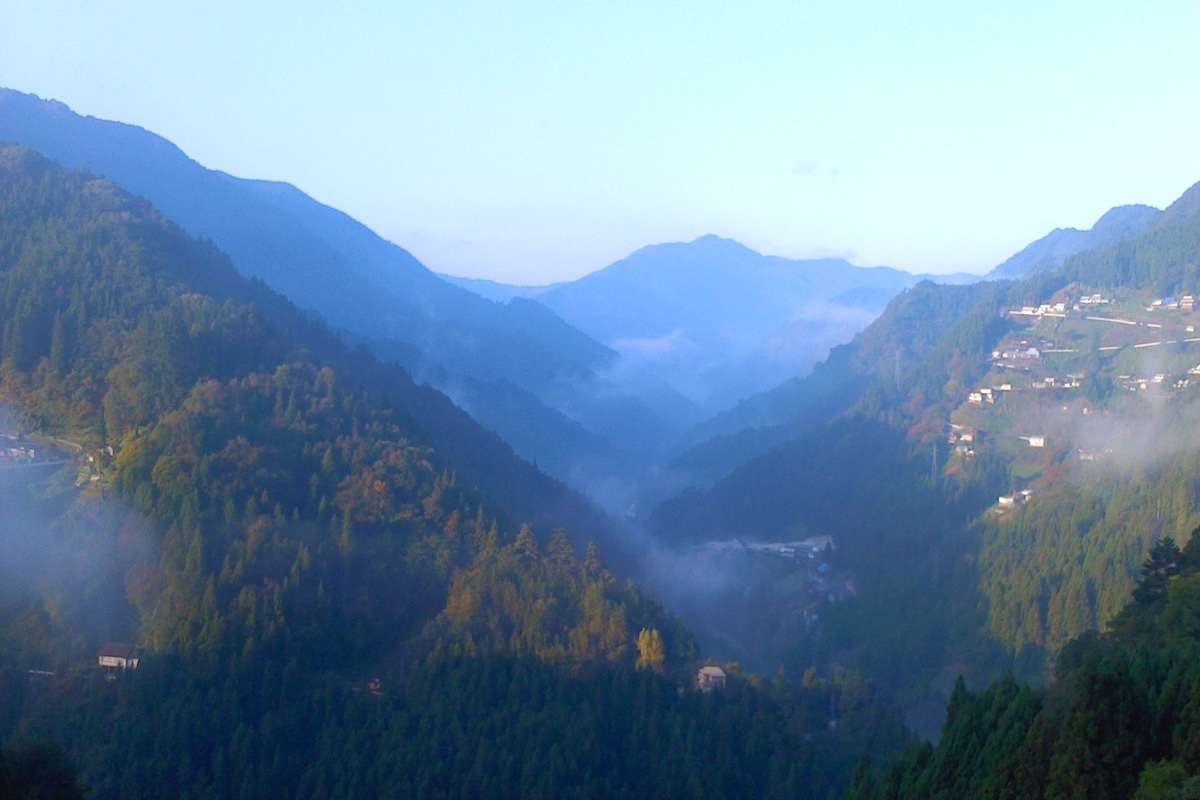 So as soon as he returned to Chiba he made the decision to quit his life there and move back to the Iya Valley within a year. He felt it was a crisis and was determined to not lose the place he loved.

From the desk to the mountains

Upon returning to his family home in the Iya Valley, Ichioka started with redeveloping the farm fields around his house. He planted potatoes and other vegetables, and even though it was quite labor intensive, he reminisced fondly about how fulfilling his days had now become.

“Iya life is very different from office work,” he said. “At first it felt back-breaking in the fields, but I also had much more freedom to enjoy being surrounded by nature.” 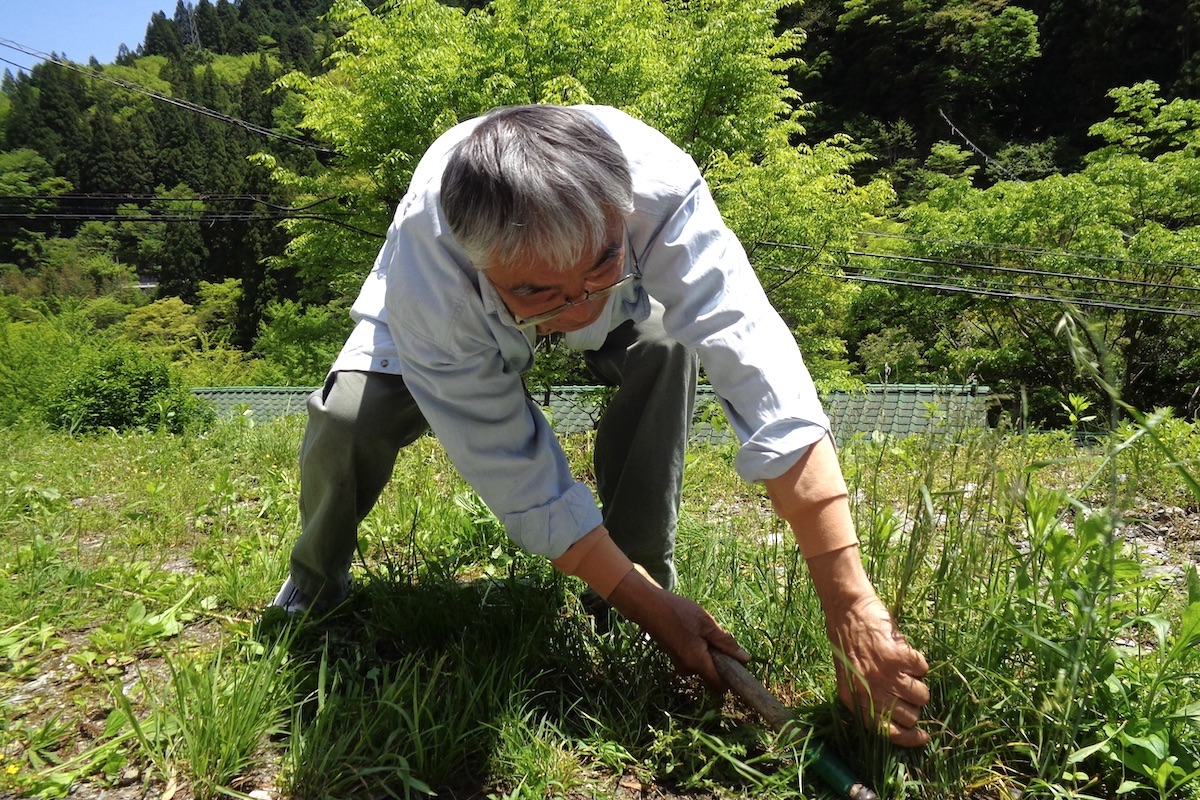 Feeling evermore content, Ichioka gradually began to expand his range of activities in an effort to rekindle the fading community.

Introducing Iya to the wider world

In the Iya Valley hamlet of Tsurui, which neighbors Ichioka’s home hamlet of Imai, there is a well-known thatched-roof farmhouse owned by writer Alex Kerr. Named “Chiiori”, it currently operates as a stylish guesthouse and is popular with upscale visitors from Japan and abroad.

However 20 years ago, this ancient house was in much rougher shape, and the manager at that time operated it under the name “The Chiiori Project” to serve as a base for re-vitalizing and attracting interest in the traditional ways of the Iya Valley, while also seeking to restore the crumbling building itself.

To accomplish this, the former manager of The Chiiori Project gathered a range of volunteers to jointly carry out the work of fixing the house structure, reestablishing the farm fields, and offering courses to visitors in local Iya culture such making hand-made soba noodles. 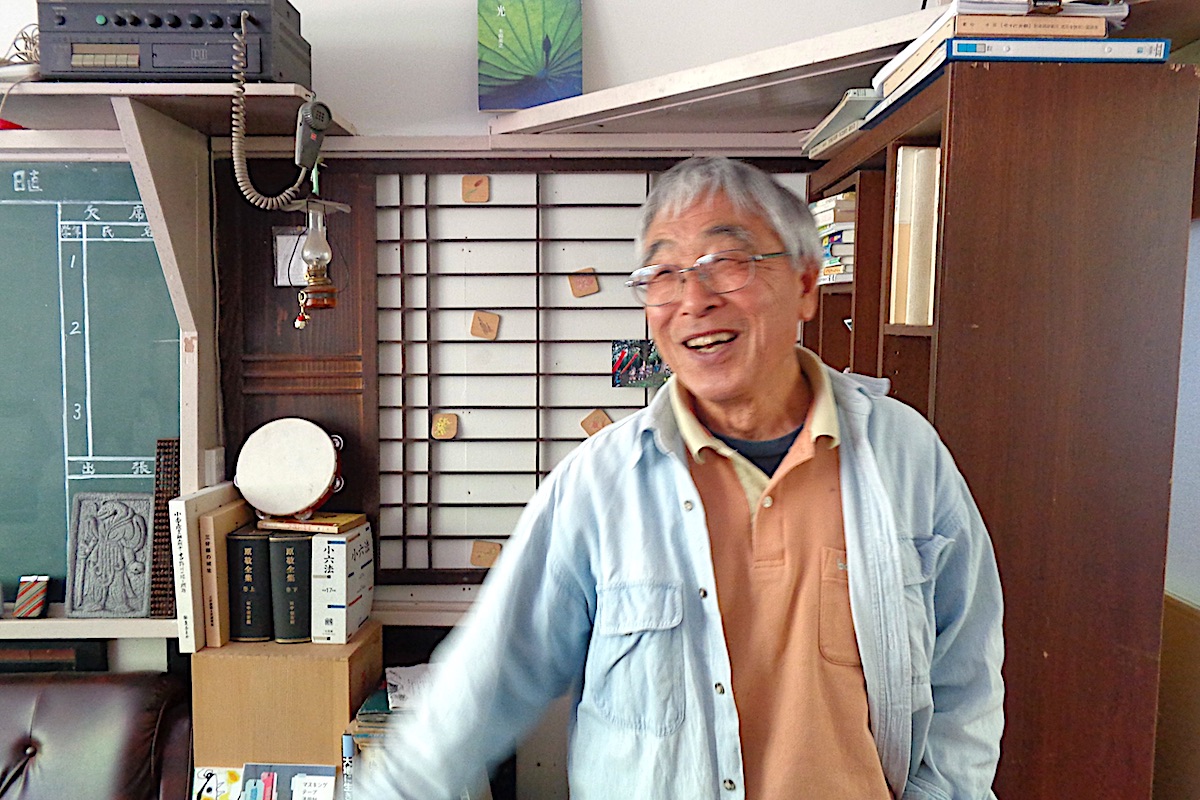 Being that this fit well with what Ichioka envisioned, he took on the role of being a Chiiori Project instructor to the volunteers about all the traditional tasks of Iya. And though it was his job to teach people how to work, it was one of the foreign volunteers who taught Ichioka about satisfaction. “He said to me, ‘Work is not life’”, recalled Ichioka, “‘enjoying life is life.’”

With this Ichioka realized that he shouldn’t be seeking a life that is focused on making money, and instead he wanted to dedicate himself to a way of life that truly enjoys all that Iya has to offer.

In Part 2 we find out more about Ichioka’s achievements in this isolated place, including his self-published monthly newspaper, the “Tengo Shimbun”.