With nearly 90% of its land area covered by forests, there is no doubt that trees are the greatest resource of Tokushima Prefecture’s Miyoshi City. In an effort to deepen the connections with this lush environment, a training course was held in Miyoshi on April 29th to create instructors who can promote sustainable forest activities with residents and visitors.

The bounty of Japan’s nature

When many people from abroad think of the Japanese landscape, they usually either imagine sprawling mega-cities like Tokyo or Osaka, or the more traditional urban centers of Kyoto or Kamakura. Sure, somewhere in there is Mt. Fuji and some rice fields, but few realize that Japan is actually a land of vast forests. 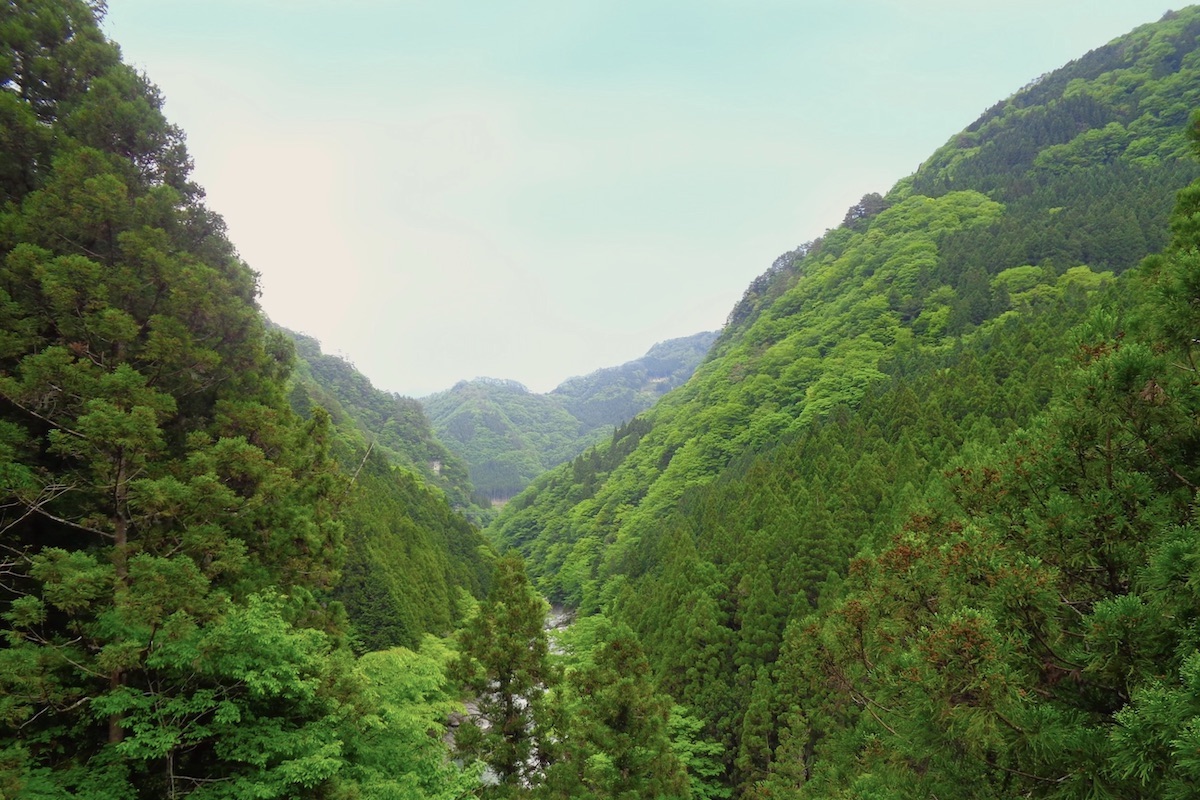 Indeed, about 70% of Japan’s landmass is made up of mountains, and nearly all of this area is covered with trees. Specifically, 68.5% of Japan is blanketed in forests, which means that the country’s large population and all of its farming is concentrated within the remaining 30 or so percent of flat land.

However, Miyoshi City, which lies deep within the mountainous center of Shikoku Island, is not only the largest municipality by land size in Shikoku, but it also has a  forest cover rate of about 87%. Accordingly, the Miyoshi area has had a long history with sustainable forestry industries such as logging. 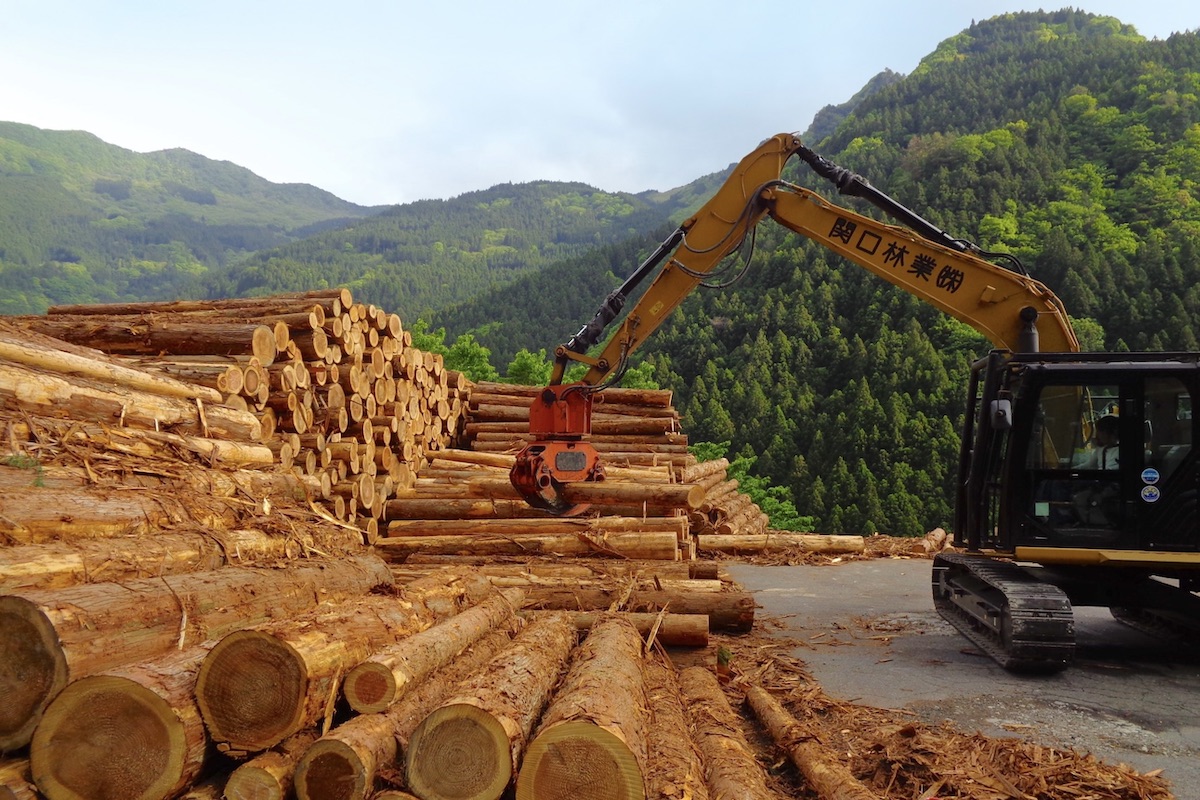 So in order to better interact with this verdant environment, Miyoshi City has been hosting training events to develop wood education instructors who can spread interactive woodworking activities into the community.

The term “moku-iku” means “wood education”, and on the day of the most recent “moku-iku” instructor training course this past April, about 30 local people were in attendance. Held at the Ikeda General Gymnasium, the participants varied in age and occupation.

The venue was arranged with a display of various wooden blocks which the participants could pick up to feel and experience. By just touching them it became apparent the wide variety of textures, weights, and densities that wood could have. 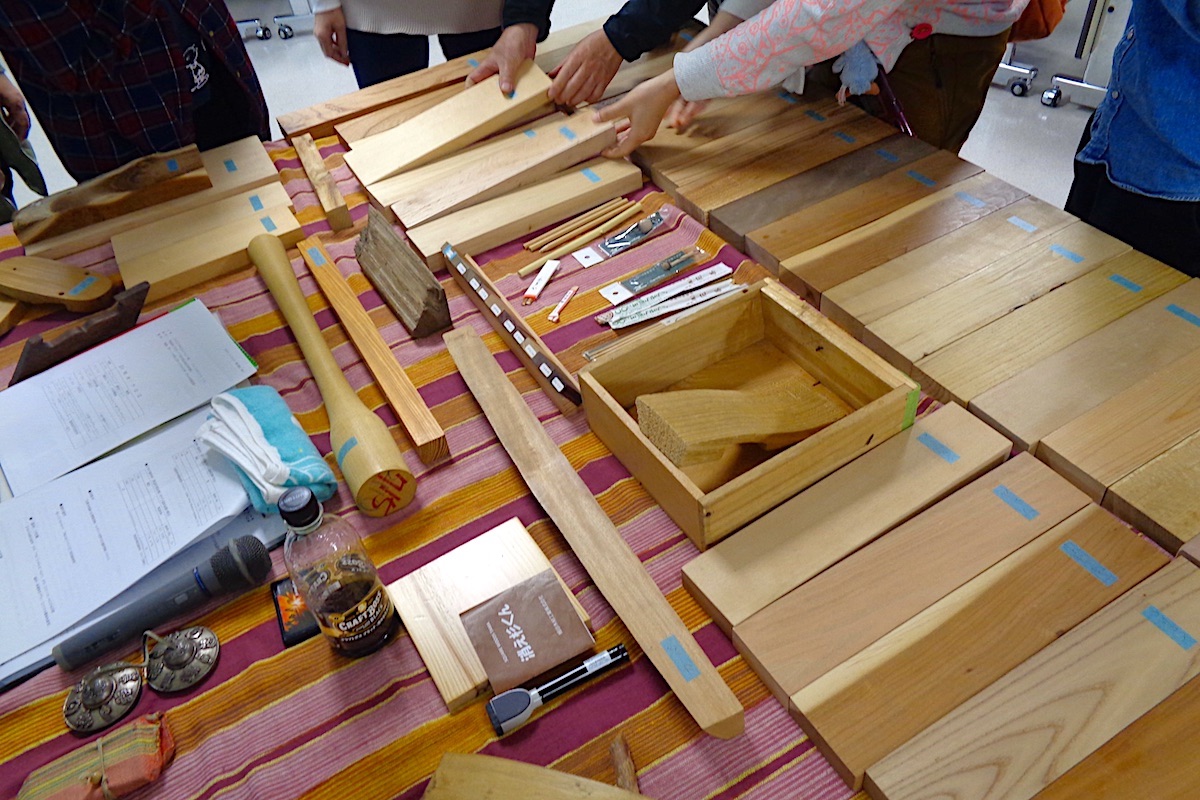 There was also a range of wood crafts on hand, and since some there had more experience with woodworking than others, before the class even began people were already discussing the methods which were probably used to make such wonderful items.

Fukushima has been involved with environmental education for about 20 years, and he now mainly conducts interactive nature and woodworking experiences for children. 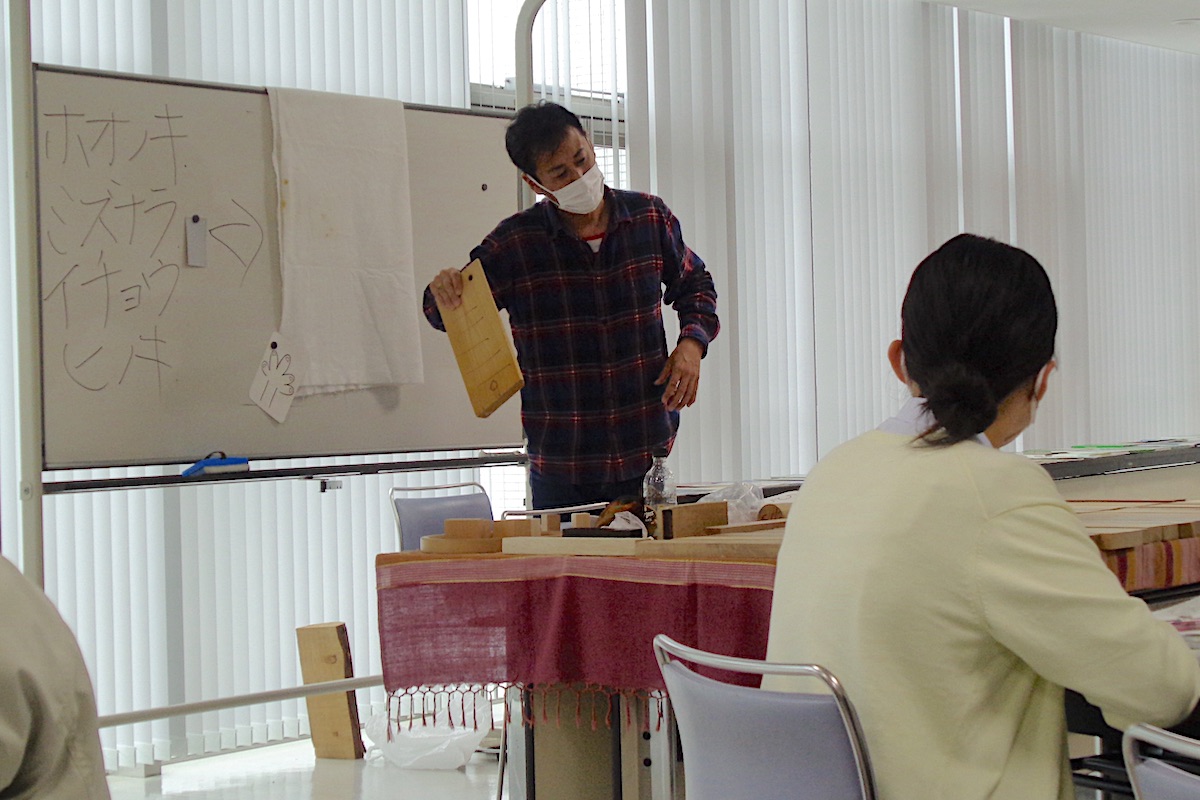 He also travels as a lecturer and training instructor across Japan, as he was doing so on this day, in order to help expand such forestry awareness so that other people can also help develop an appreciation in the country’s youth for their abundant green resources.

With its extensive forest cover, apparently Miyoshi City is quite similar to Fukushima’s home area in Gifu, which was one reason why he was keen to come here to share his expertise. And it was clear that the local people present were enthusiastic to collaborate and gain an outside perspective about the forests that surround them.

The title of the course text booklet was, “How do you want to raise your child?”, and Fukushima began in earnest with explaining how modern children, amongst an onslaught of technology, are losing their connections with the natural world.

He conveyed his feelings with not just data points but also though his own experiences as a father, and pointed to the soul-reviving need to create an appreciation to trees and forests in children since they will someday be the future of society. 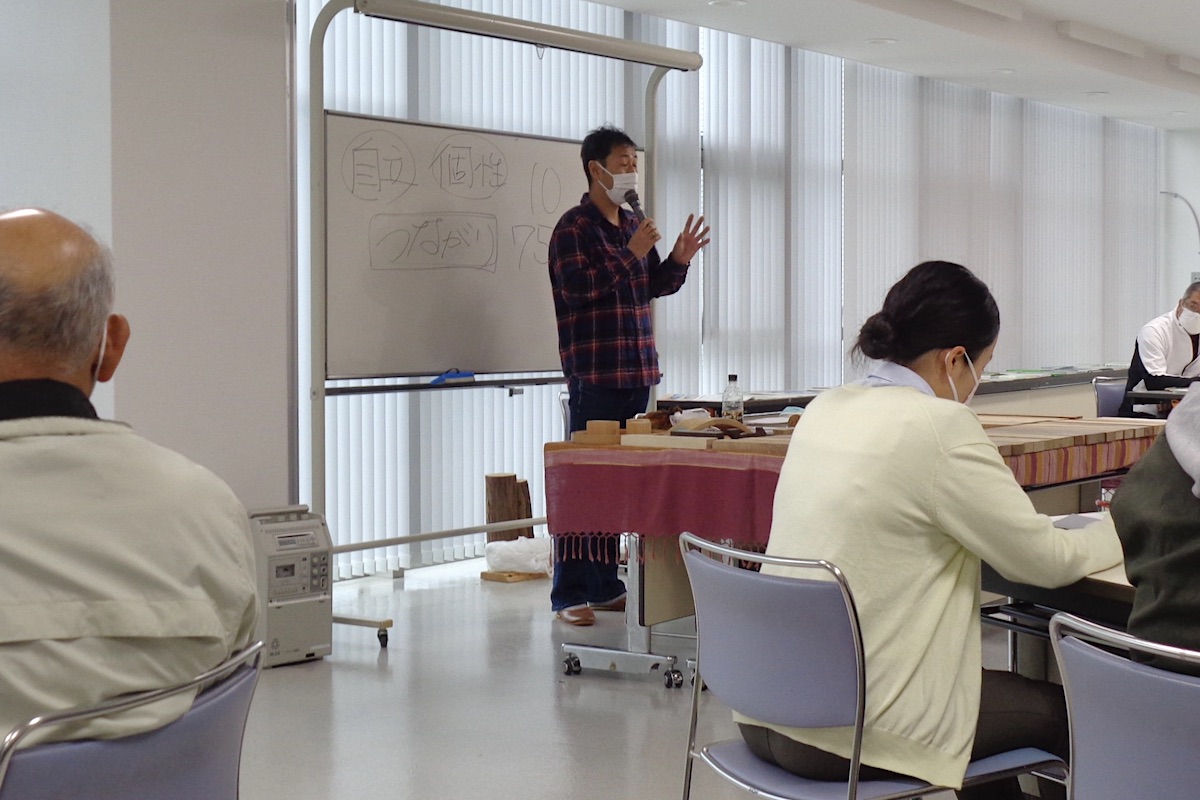 Furthermore, being that Miyoshi is actively trying to attract new residents to move into the city, the municipality hopes to create programs like Fukushima’s so as to connect not only the residents with the surrounding nature, but to also make the community more attractive and allow new residents ways to learn about their adopted landscape.

In Part 2 we will get a hands-on experience in the wood education course.

On May 28th and 29th , 2022, Miyoshi City will be hosting a “Moku-Iku Caravan” wood-working event at the Ikeda General Gymnasium.

Free for anyone to participate and no reservations needed.