Located in the remote Iya Valley of Tokushima’s Miyoshi City, the Bukeyashiki Kita-ke Historic House was once the home of the valley’s ruling Kita Samurai Clan, and along with the surrounding sites, it brings to life the area’s long and legendary history.

The legends of the Heike

Long before the Kita family established themselves in the village of Oeda as overlords of the Iya Valley in the 16th century, it is understood that this hillside hamlet was also the base for one of Iya’s oldest legends.

In the late 12th century, after losing the Genpei War in the northern part of Shikoku, many samurai warriors of the Heike Clan fled to the hills in order to evade capture and death. It is said that a group of them came to the remote Iya Valley in order to hide, and supposedly they entered via a mountain pass just that is up above the Bukeyashiki Kita-ke house the village of Oeda. 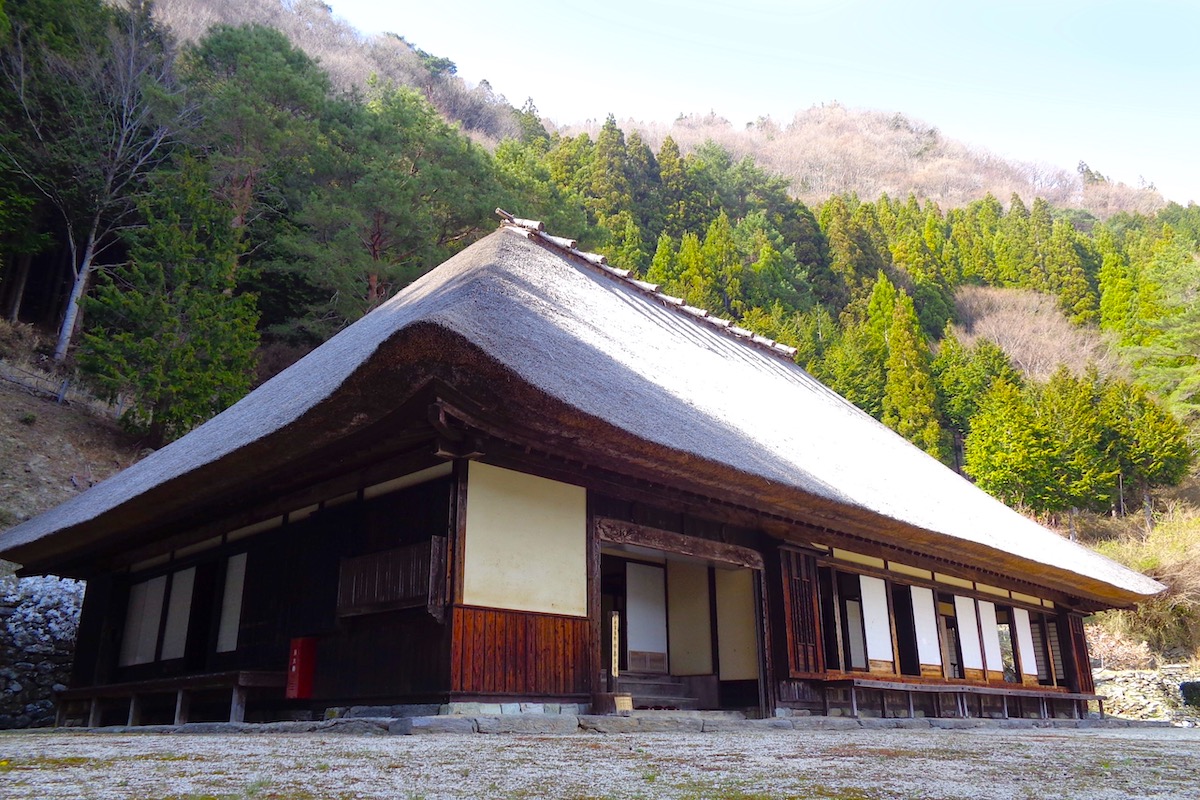 Due to their superior power over the resident farmers, they immediately captured control of the village and then used this central location as their base for conquering the rest of the Iya Valley.

The Hoko Shrine of the Heike

Though the legends of the Heike Samurai in Iya are a bit murky, there are many artifacts which remain that support these tales. Among the remnants are the Hoko Shrine and giant Hoko Sugi (cedar tree) that are located in the forest just next to the Bukeyashiki Kita-ke Historic House. 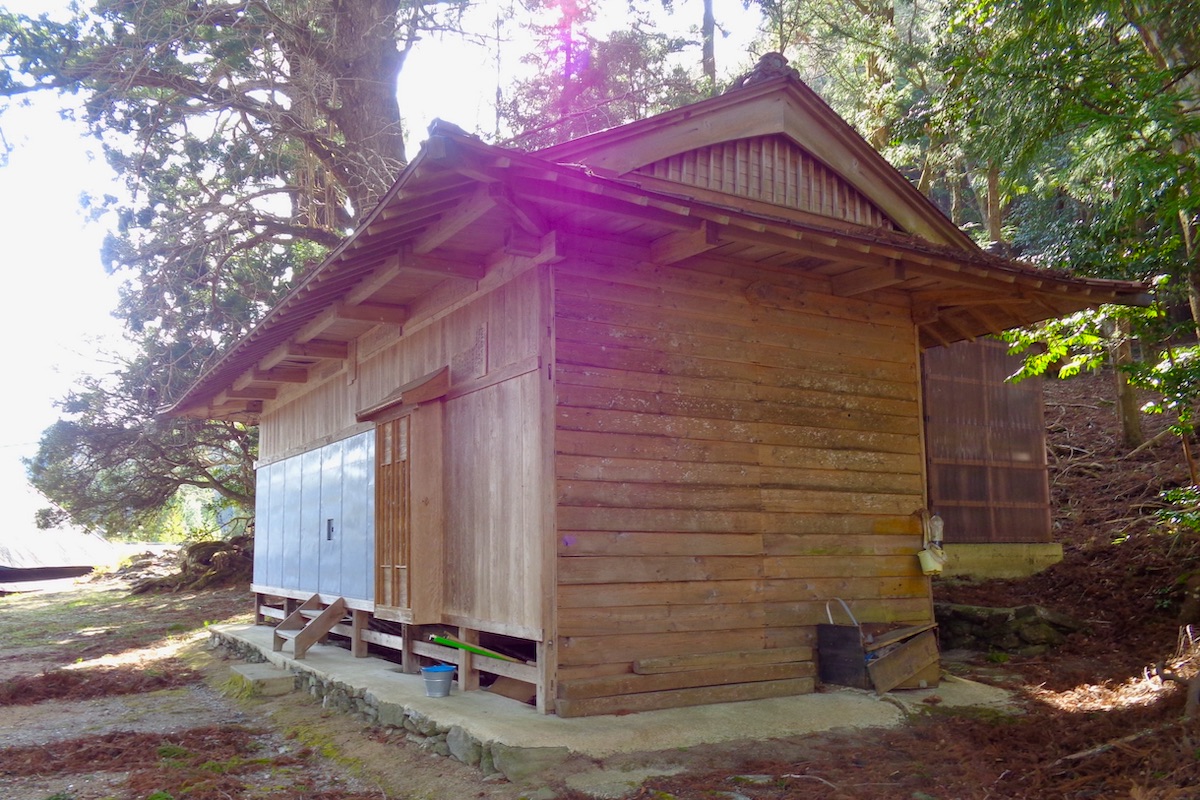 It is said that the Heike established the shrine here 800 years ago to house their revered “hoko”, which was the metal head of a spear that symbolized their power.

The peaceful shrine is surrounded by massive old-growth trees and the entrance is flanked by a pair of sculpted guardian dogs. 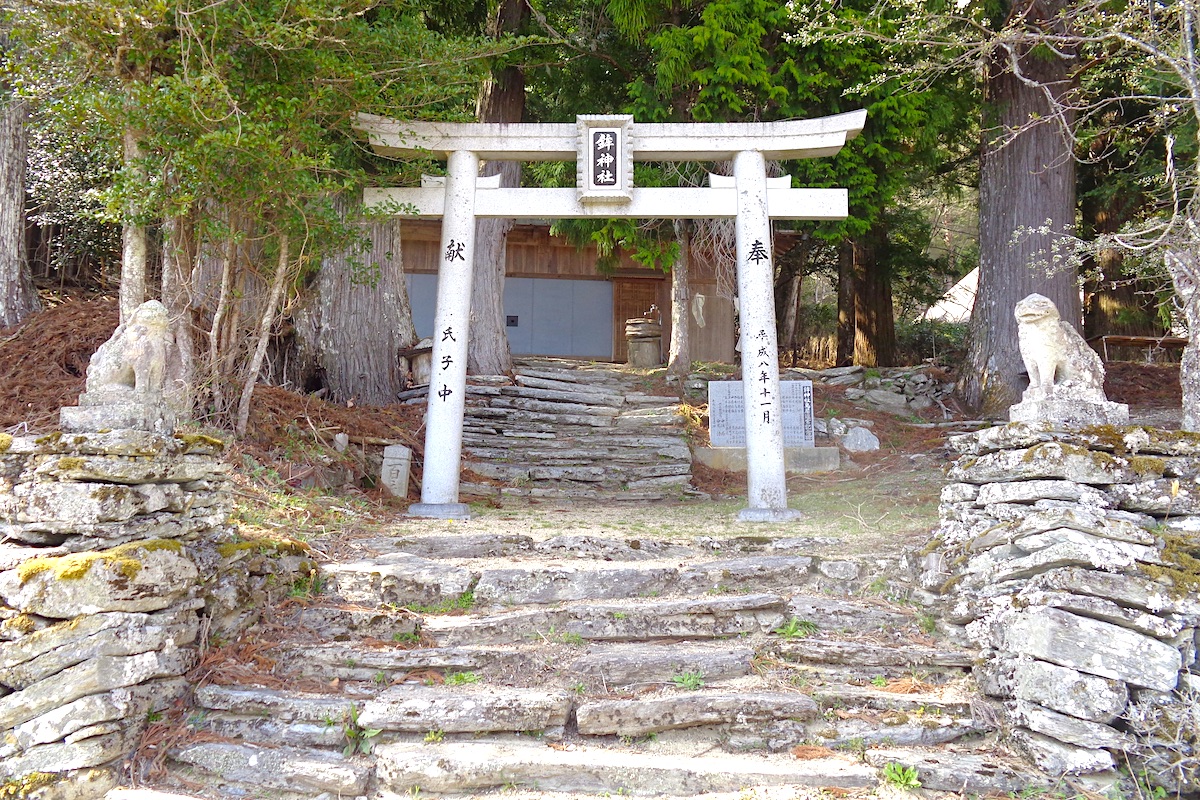 Adding to the air of tranquil veneration is a a hand washing pool that was carved out of a single stone by the local villagers. 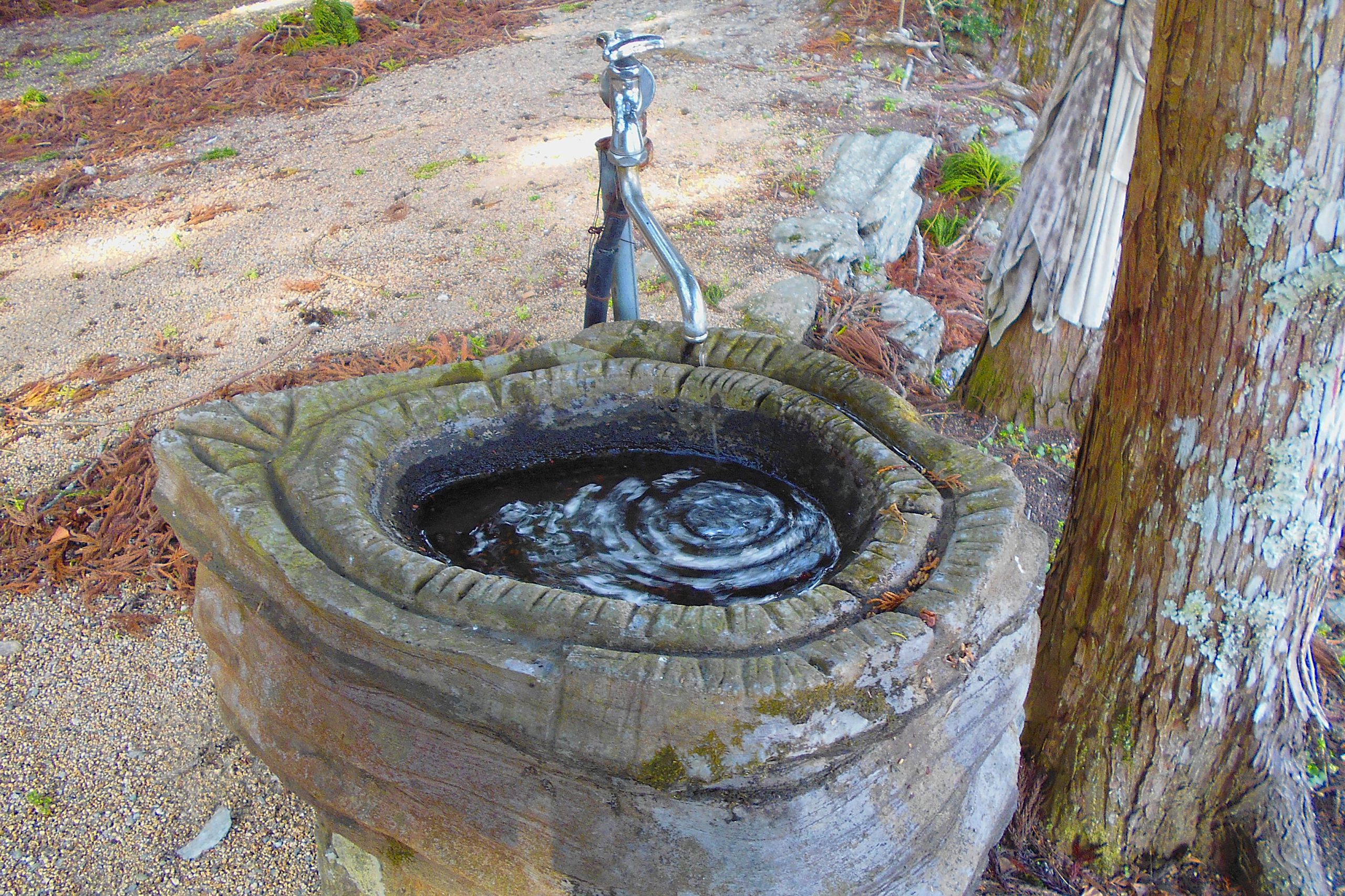 Up the path just behind the shrine is the enormous Hoko Sugi (cedar tree). It is understood that the tree is also about 800 years old and it is said that the Heike Samurai planted the tree when they established the shrine. 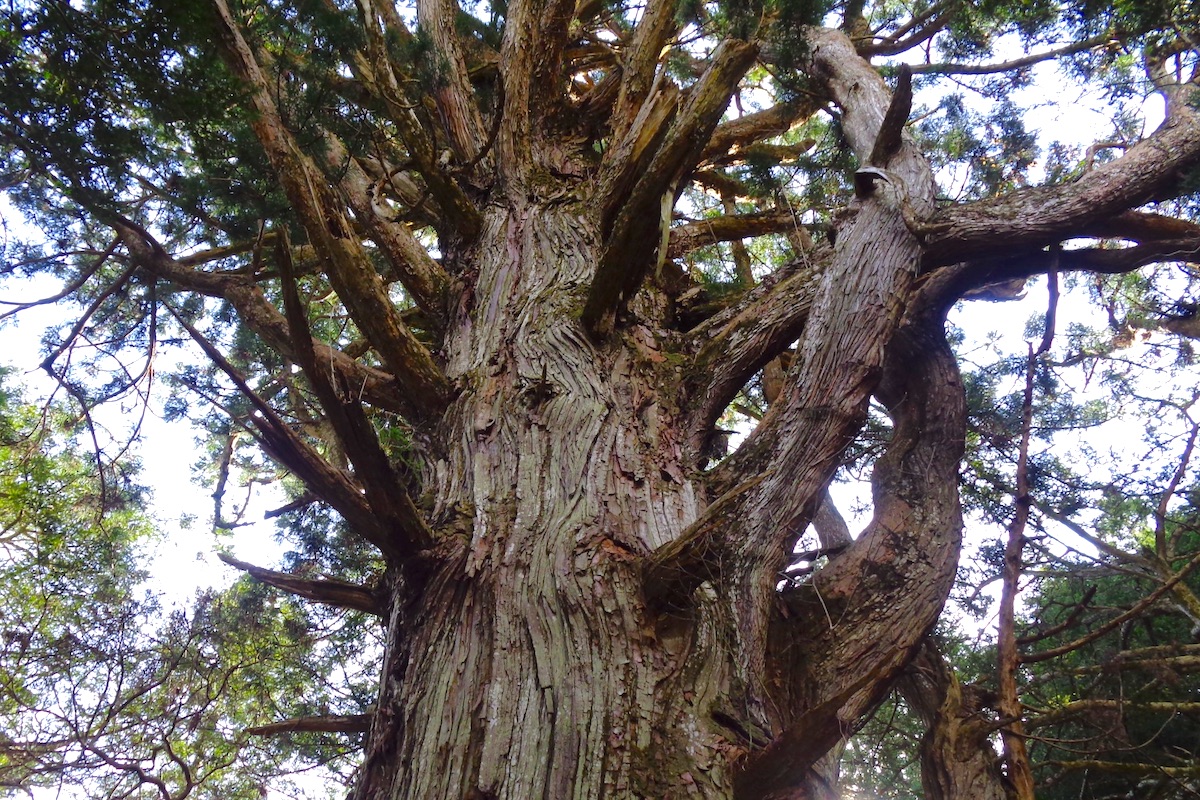 And in line with being so old, the Hoko Sugi tree is massive, standing over 35 meters high with a base that is over 11 meters in circumference. With dozens of gigantic, gnarling branches that jut out in every direction, it is known to be the second largest cedar tree in all of Shikoku.

Coupled with its legends and the neighboring shrine, the place certainly has a feeling of both mystery and magnitude, and it is no wonder that many people come from far and wide due to it being considered a mystic “power spot”.

A village of the Heike

In addition to the old shrine, the huge tree, and the historic home of the Kita Clan, there are several other spots in Oeda Village that are related to the Heike Samurai, including the burial mounds of rival intruders who supposedly discovered the fugitive Heike but were soundly defeated. 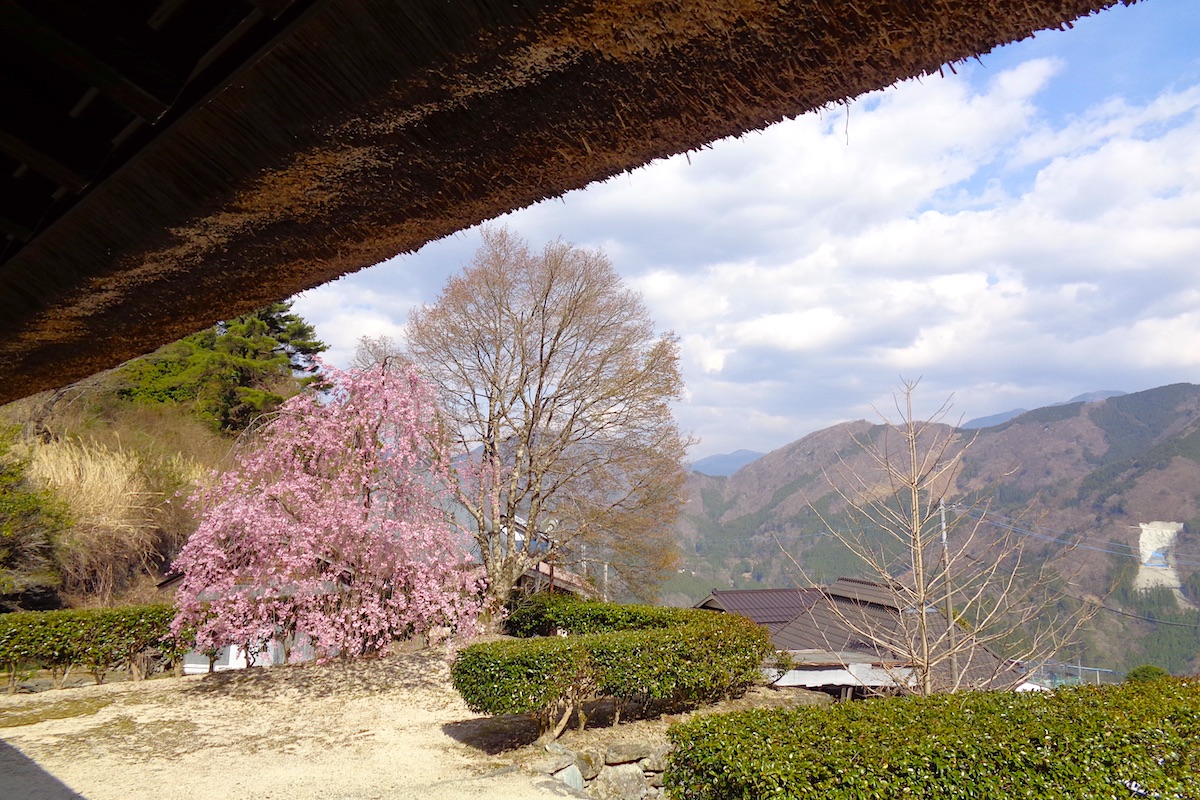 Indeed, visiting Bukeyashiki Kita-ke in its location high up in Oeda Village is a fantastic way for anyone to discover the long, legendary, and sometimes tumultuous history of the hidden Iya Valley.