The Iya Valley in Tokushima Prefecture’s Miyoshi City is colored with a long history of legends, and the region is dotted with a variety ancient homes which bring to life many of these old stories. The 250 year old former home of the Kita Clan is one such building with a deep historical significance to the valley.

A historic home among the cherry blossoms

The secluded Iya Valley is famed for its stunning natural views and “Kazurabashi” vine bridges, but within the mountainside villages throughout the valley there are many historic homes which help tell the story of the people here. One of these houses is the thatched-roof former home of the Kita family. 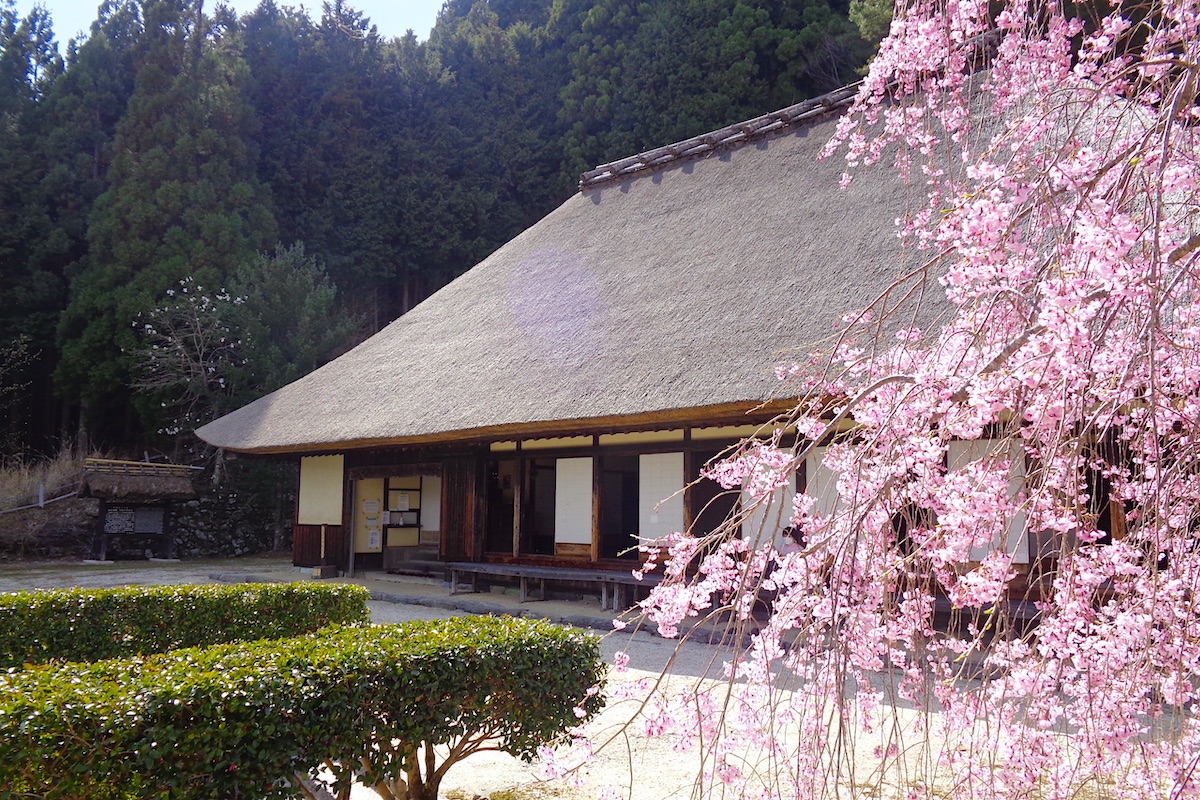 The house is officially known as “Bukeyashiki Kyu-Kita-ke”, which translates as “Samurai Residence of the Former Kita Clan”, because indeed, the Kita family were once the ruling samurai of Iya who presided over the valley for several generations.

One recent spring day I went out to visit this lovely home, and I was greeted by a wealth of blooming cherry blossoms that surrounded the property.

Since the building is located far up the hillside, several hundred meters higher than the bottom of the valley, the cherry trees up here were still in full bloom due to the elevation even though they had mostly fallen elsewhere below.

As mentioned, Bukeyashiki Kita-ke located far up the mountainside at the top of the remote hamlet of Oeda in the eastern part of the Iya Valley (Higashi-Iya). 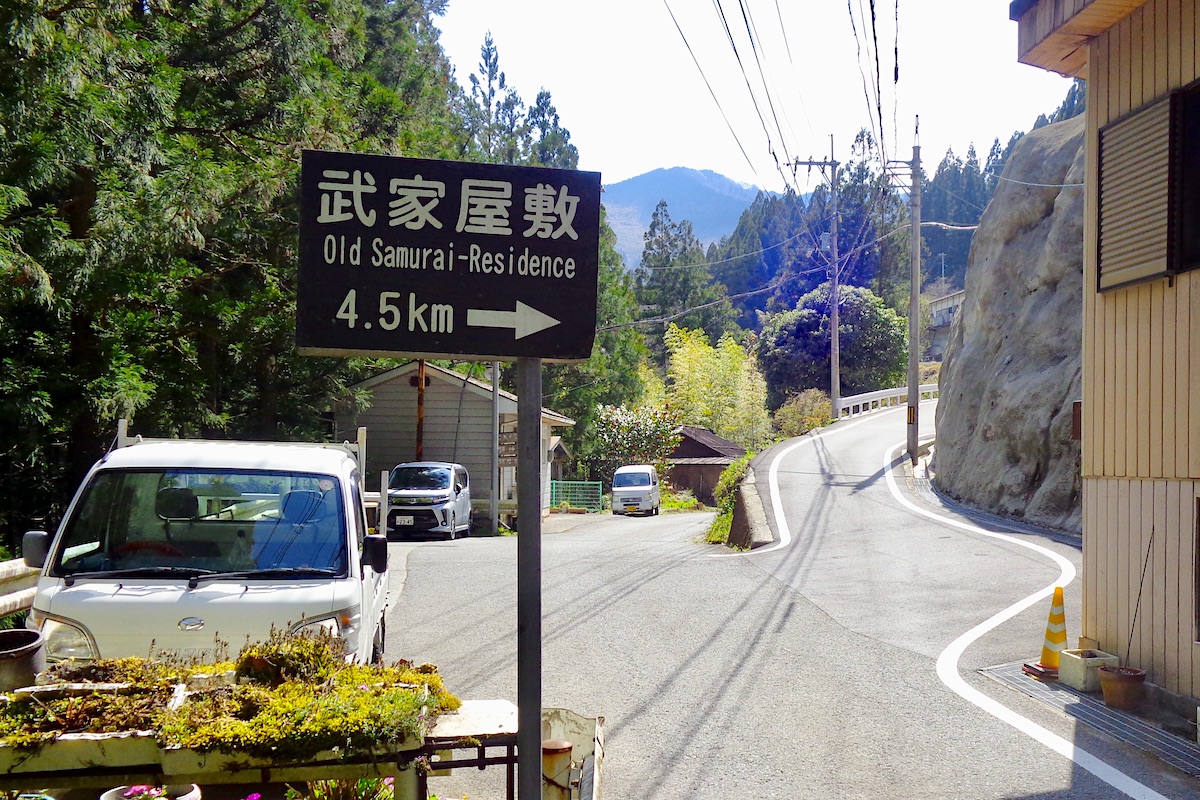 The winding road leading up goes through a mix of forest and sporadic houses, and as you slowly drive in you will be sure to wonder if there is actually a historic mansion way up here.

At the point where the road ends the area broadens and offers a commanding view of the surrounding mountains in the distance.

From the roadside as you approach, only the magnificent thatched roof of Bukeyashiki Kita-ke is visible between the surrounding cherry trees. 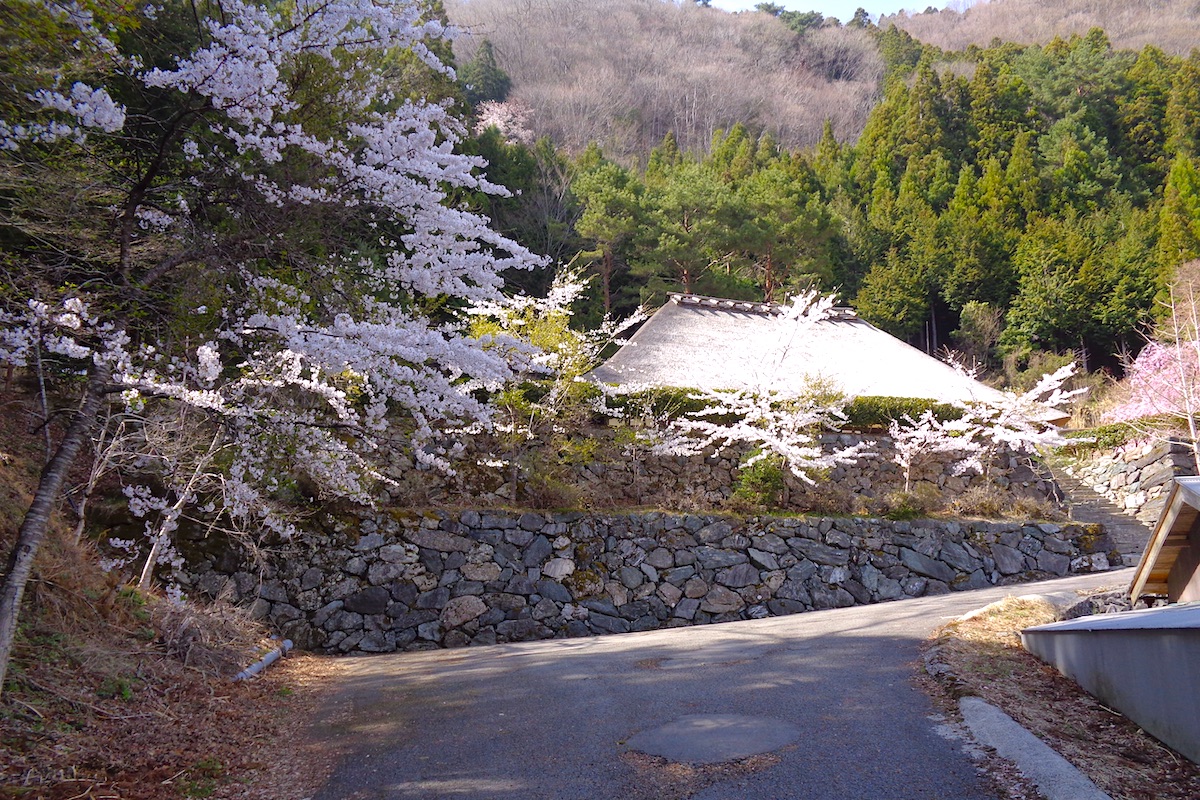 A hidden home in a hidden land

Parking is available in front, and a broad set of neatly arranged stone steps leads up to the building. 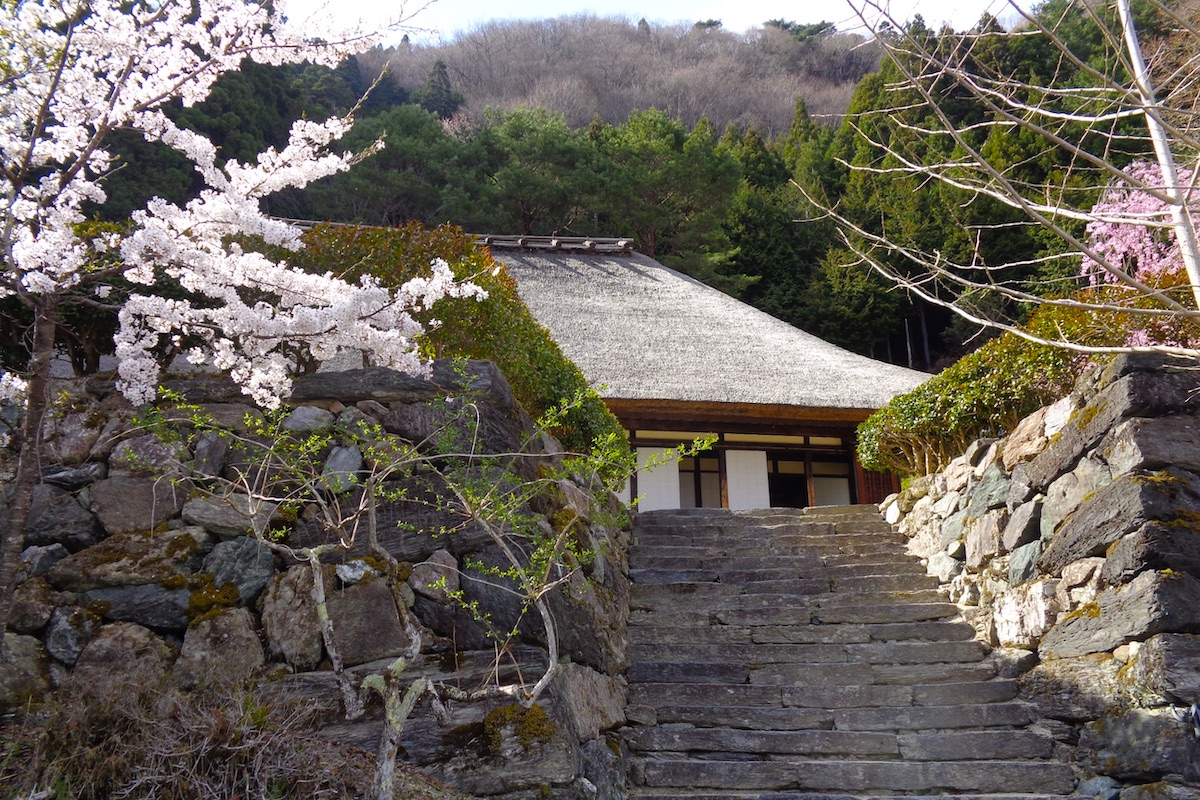 The house itself is quite massive by Iya standards, and it is the largest thatched roof house in the valley. The front yard is broad and flat, and is surrounded by thick and well-built rock walls. 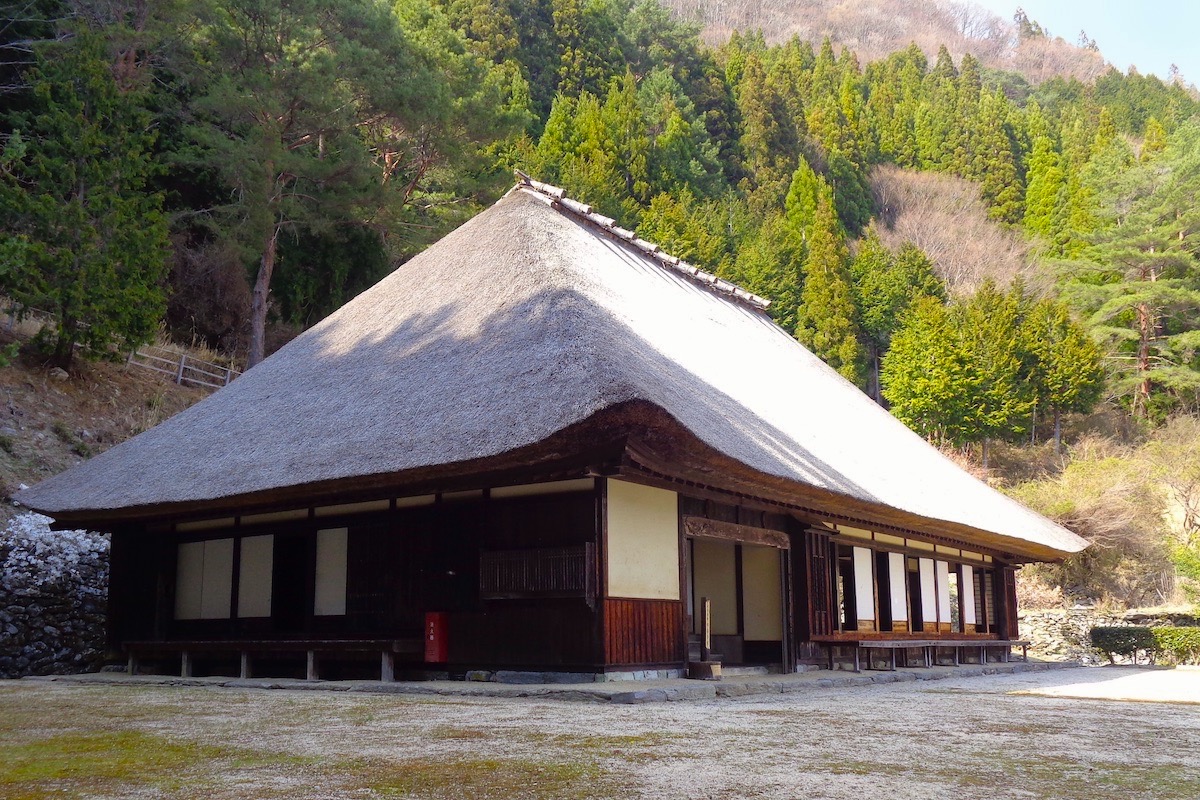 With its long “engawa” front porch that is backed by a stretch of sliding paper “shoji” doors, you immediately get the impression that this is a rather stately home and certainly more grandiose than the typical traditional homes of Iya which are usually much smaller and architecturally more simple. 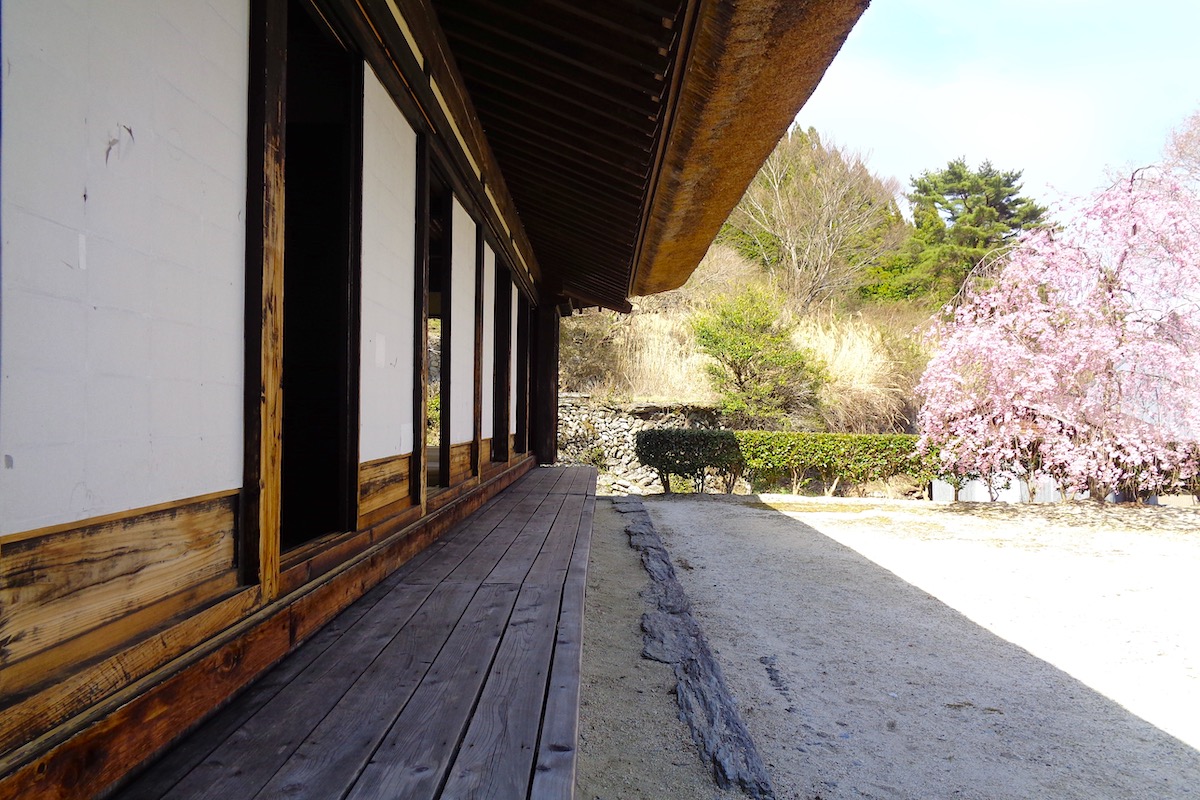 Reflecting on the life of the Samurai

Being that this was the home of the valley’s ruling family, the layout of the building includes several large rooms for hosting important guests and for holding ceremonies. 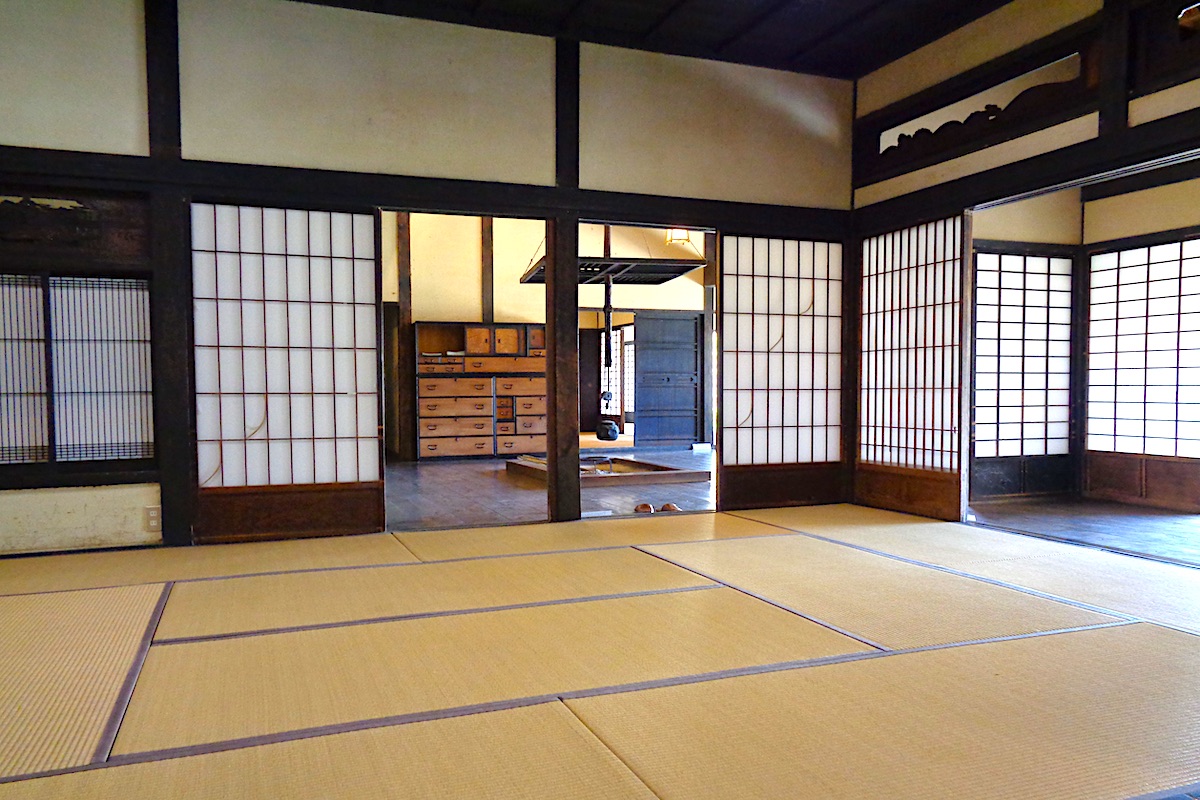 Also hauntingly fitting for a home of such status, it is also said that the house even once had an “irazu-no-ma” (“room forbidden to enter”) which was used for ritual suicide (in its present form this room has been merged with another room, so it is no longer here).

In the center of the house is a room with a large rectangular “irori” floor hearth, which again is much larger than the typical hearths found in other area homes. 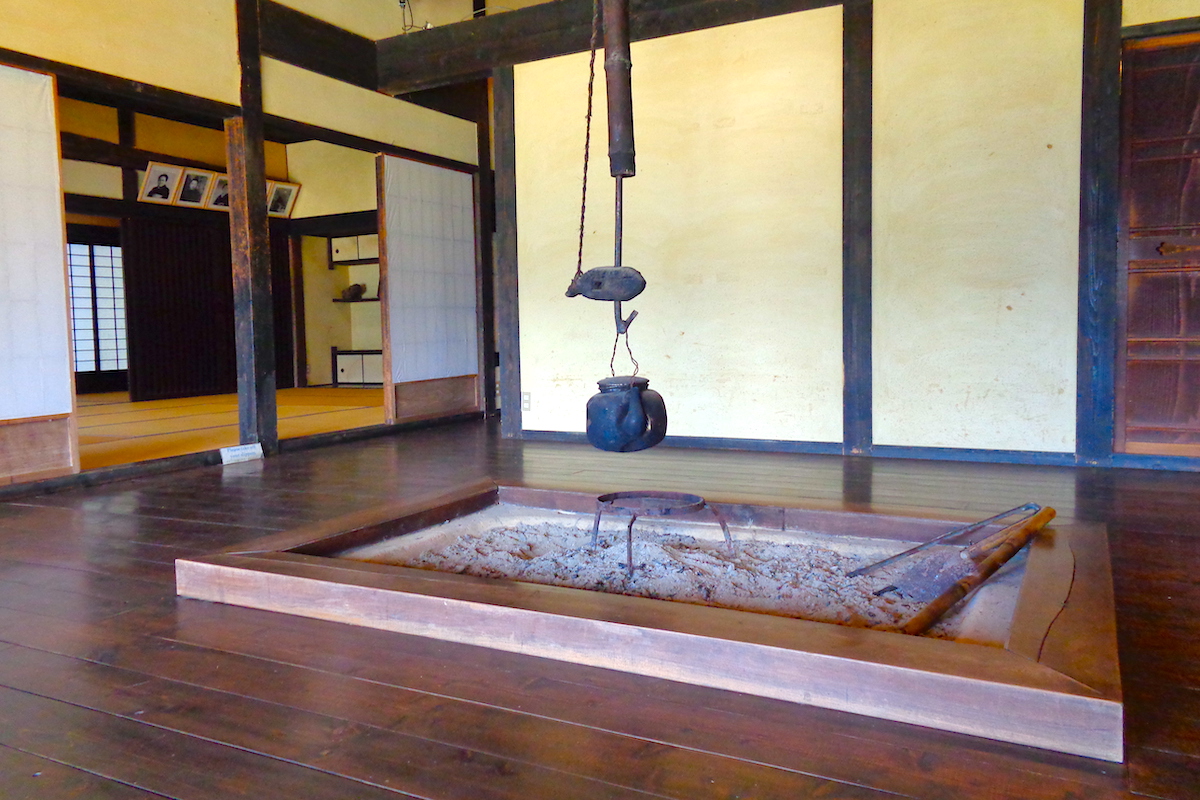 It can be imagined how in the past a large number of people must has sat around this hearth to plot out their decisions for administering the Iya Valley.

From most of the rooms as well as from the front porch the view looking out to the surrounding mountainous landscape is beautiful. 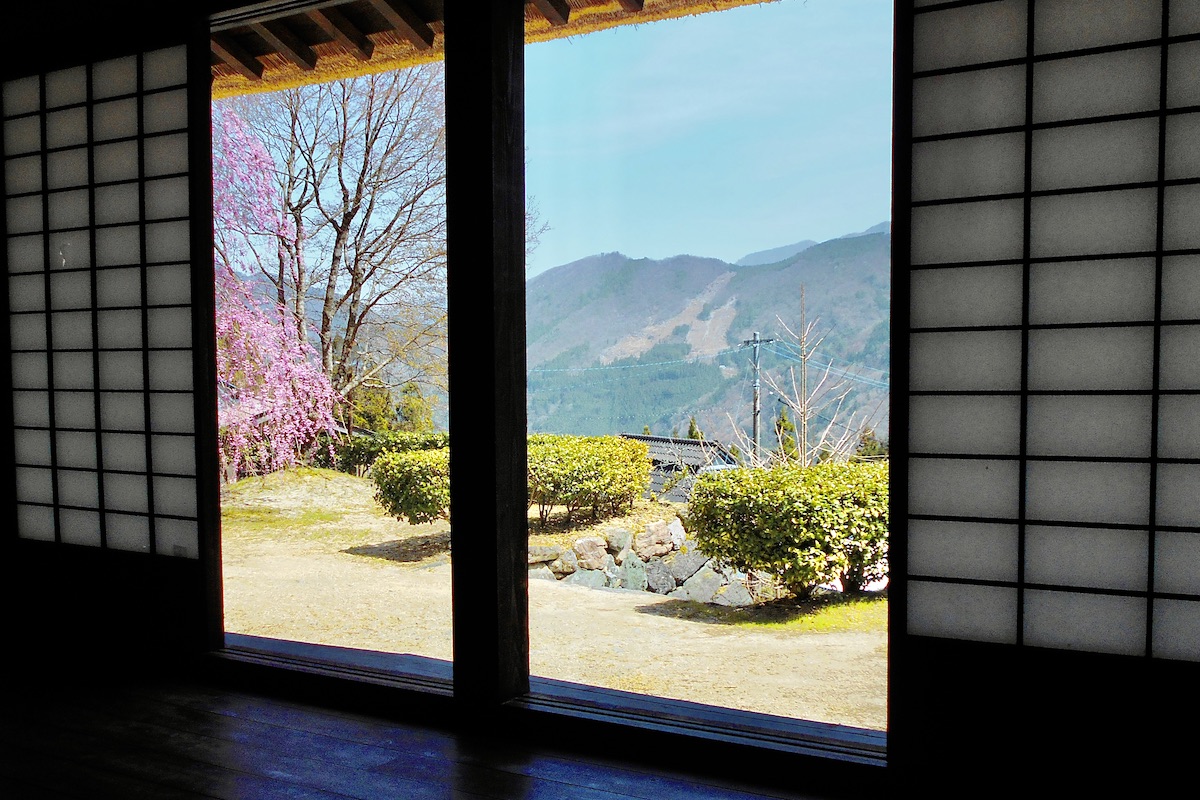 Visitors are encouraged to have a seat and relax in order to take in both the scenery and architecture while imagining what life was like for the ancient Samurai family of Iya.

Part 2 will detail more about the history of the Kita family and their role as rulers of the Iya Valley.