Out in the deep Iya Valley, it was the end of December and the process for making Toshi-koshi soba noodles was reaching its climax. 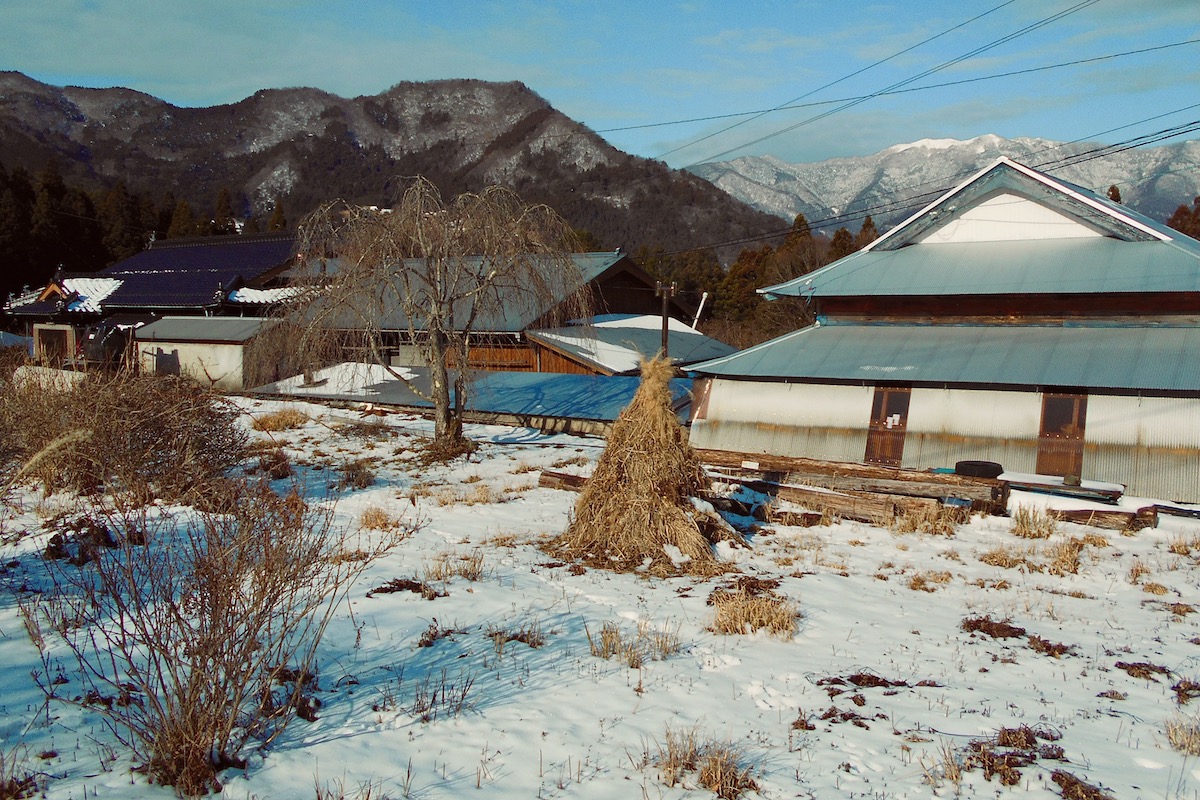 The clock was unceasingly ticking towards the final day of the year, when the noodle-making efforts of the Kubo Mangetsukai group were to be enjoyed by people not just in Iya, but in homes across Japan.

Firewood and Spring Water: the Mountains of Iya Contribute to Making Soba

As batches of raw, hand-made noodles were completed, they were brought over to a separate building nearby in order to be cooked.

Steam billowed out from this open-air structure, where a different set of people went through the process of boiling the noodles. 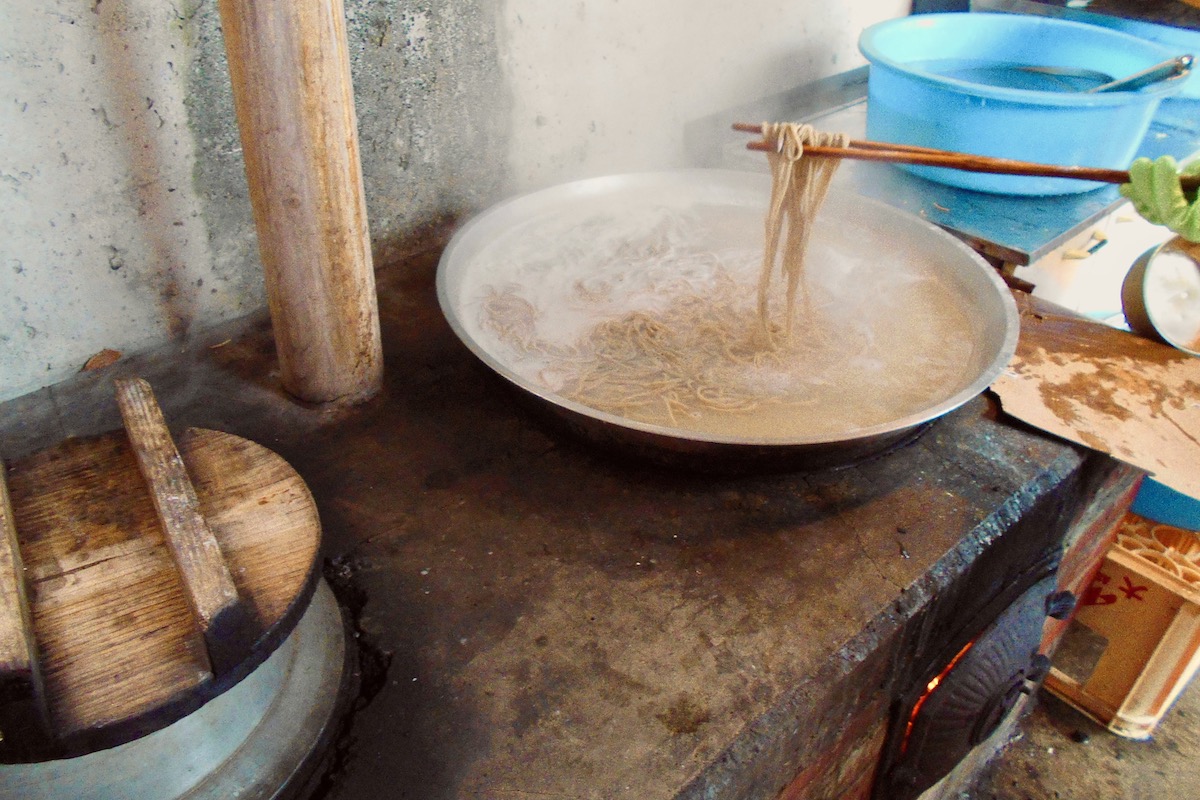 Inside, large pots full of noodles bubbled atop a massive kamado, which is a traditional style Japanese stove.

The pots on the kamado were directly heated from underneath by a roaring fire that was fed with wood taken from the surrounding mountains. 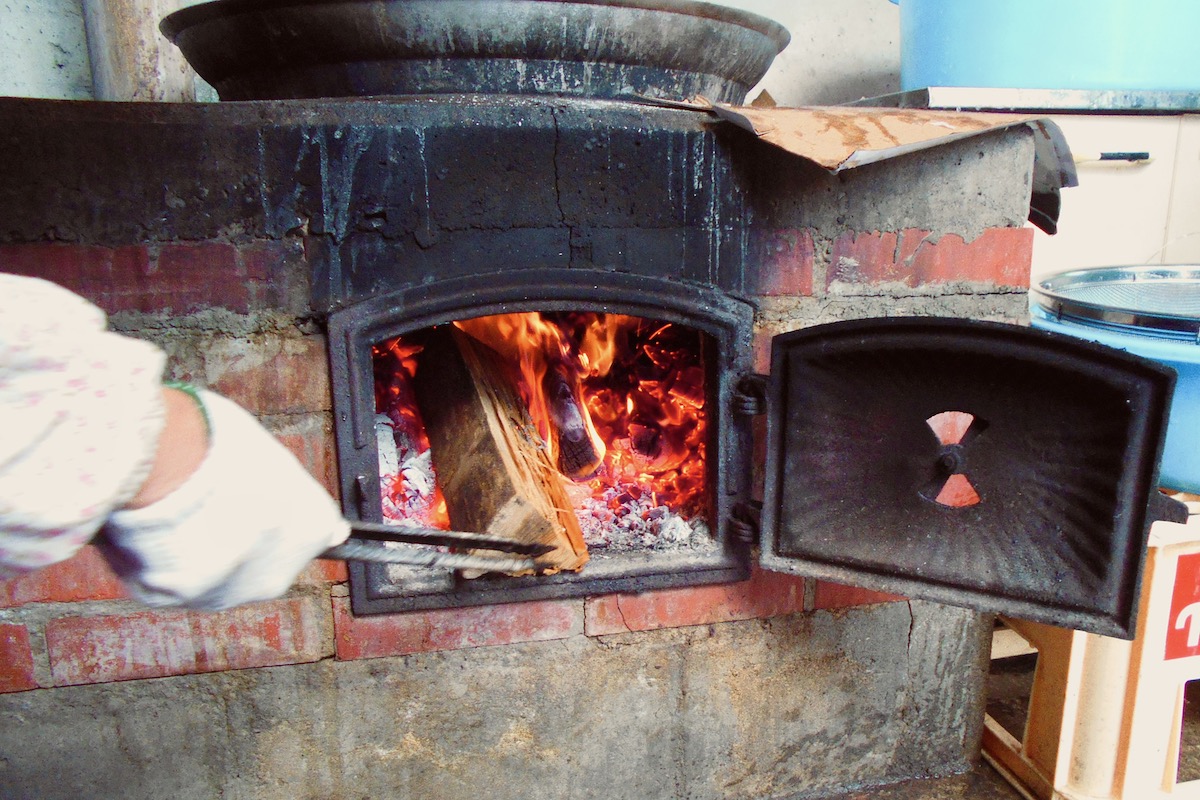 The soba noodles were boiled in batches for only a couple minutes, and then quickly taken out in order to be immediately rinsed and cooled.

At a station of adjoining sinks, the noodles were dunked into the farm’s naturally cold mountain spring water. In doing so, the noodles rapidly contracted a bit, which gave them a firm yet delicate texture. 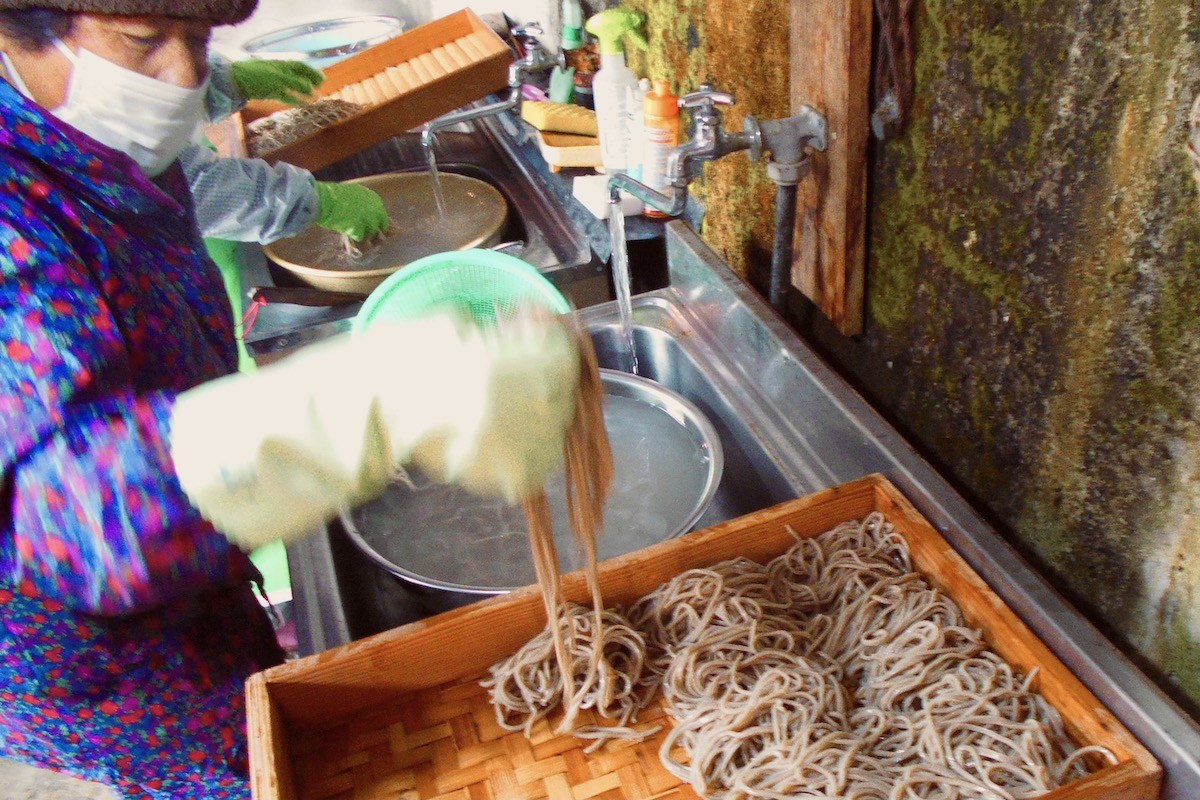 Mrs. Okamoto of the Kubo Mangetsukai group proudly showed off their soba and explained, “The color is so different (than with factory processed noodles).” Indeed, the shiny surface of the chilled noodles made them all the more appealing.

The finished noodles were then placed into wooden trays and brought over to a neighboring building where they were briefly left out in the brisk mountain air in order to fully evaporate off any of the water. 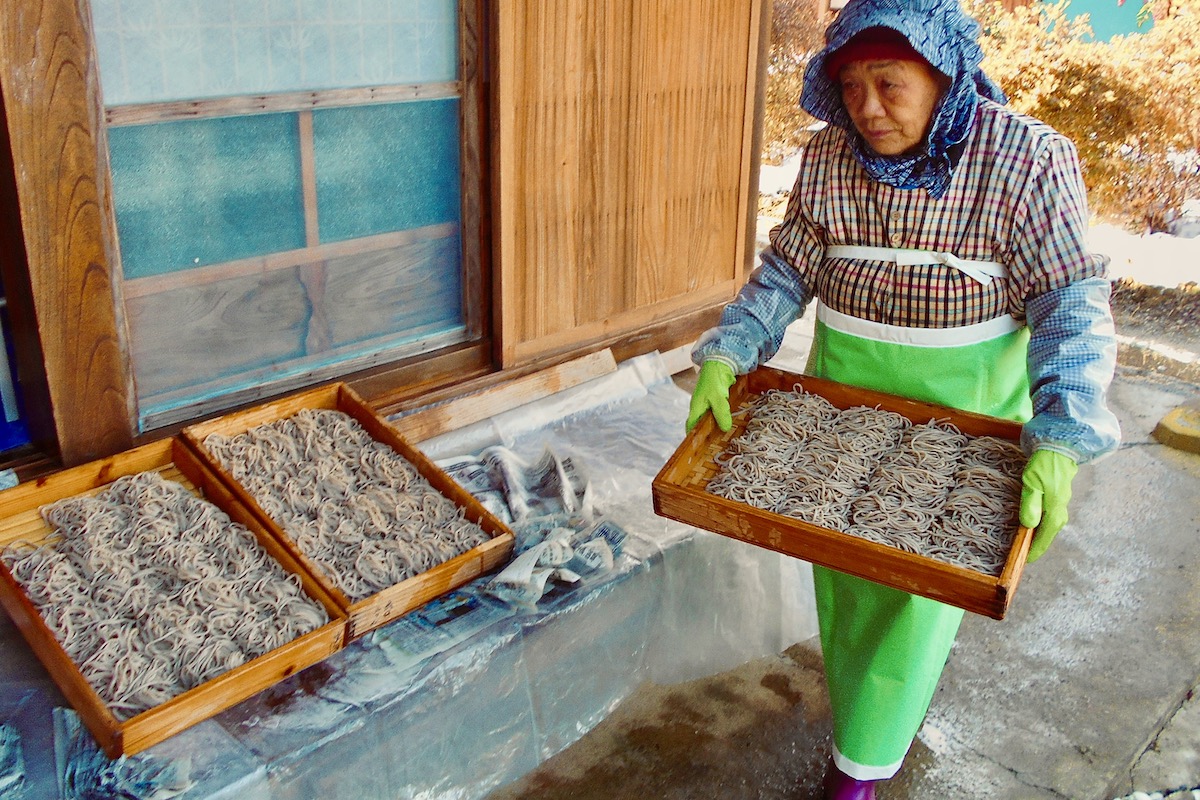 Bringing the Taste of Iya to the Whole Country

The finished noodles were then taken inside for the final step in the this tedious process.

Here, a different set of ladies measured out individual portions of noodles and arranged them into packaging boxes. Ten portions were carefully placed into each box. 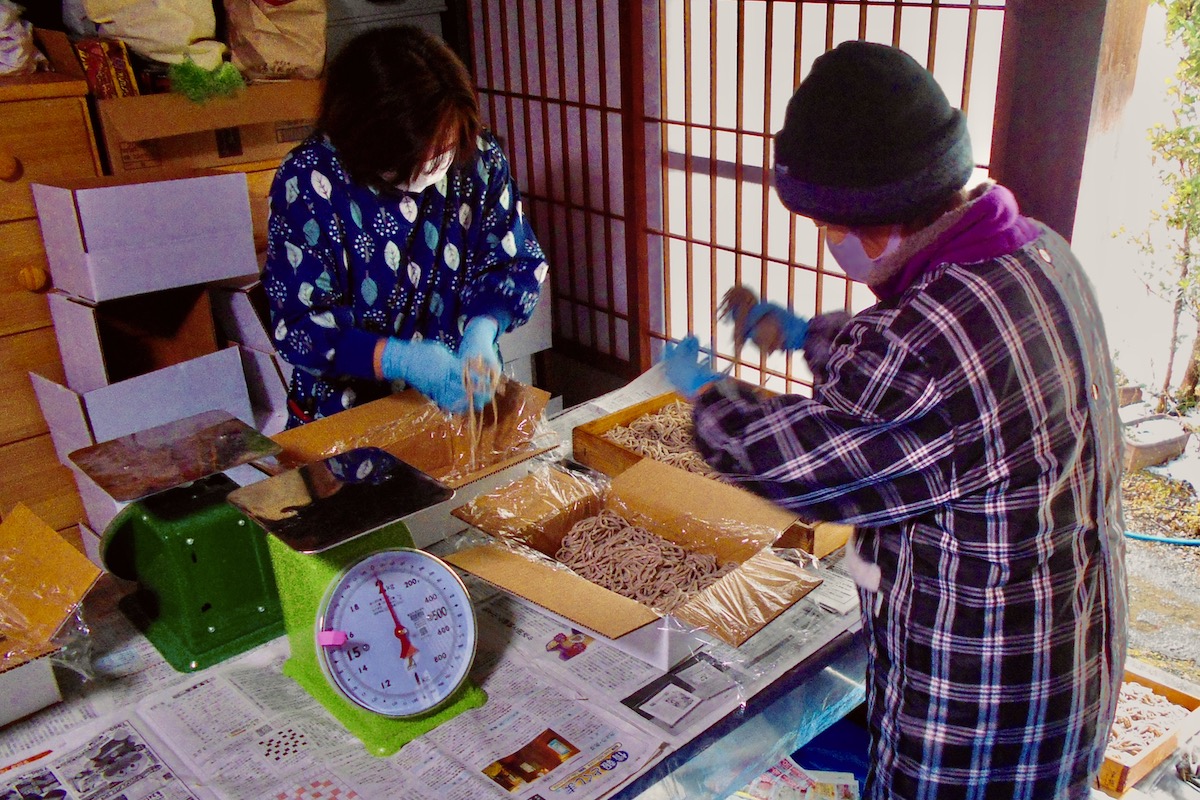 The boxes were then sealed up and made ready for shipment. On the back wall a large chart was written out which detailed the quantities and destinations for each delivery.

Outside, a mail truck was here loading up dozens upon dozens of boxes. Within the next day or so, people from all over Japan would be receiving these precious hand-made packages of deliciousness. 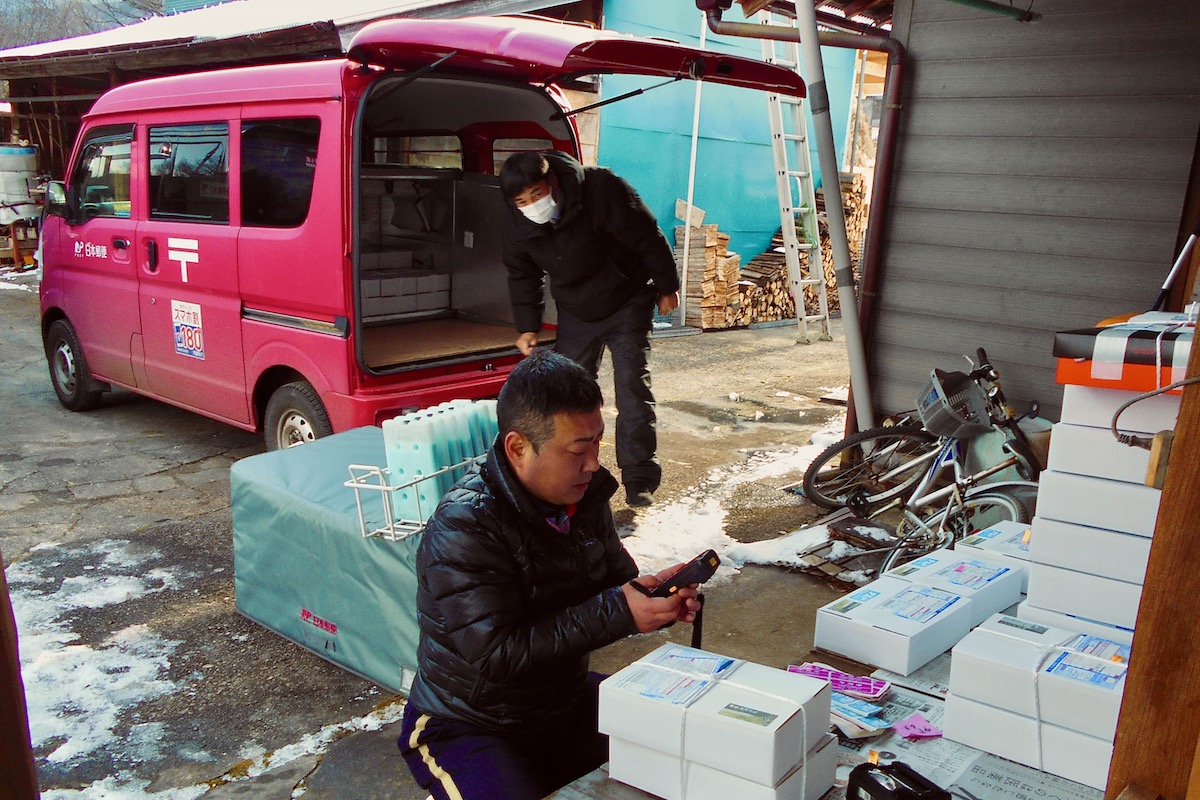 As one lady placed shipping stickers one after another onto the boxes, she mentioned, “It’s impossible for us to make any more than this. We have probably hit our limit.” 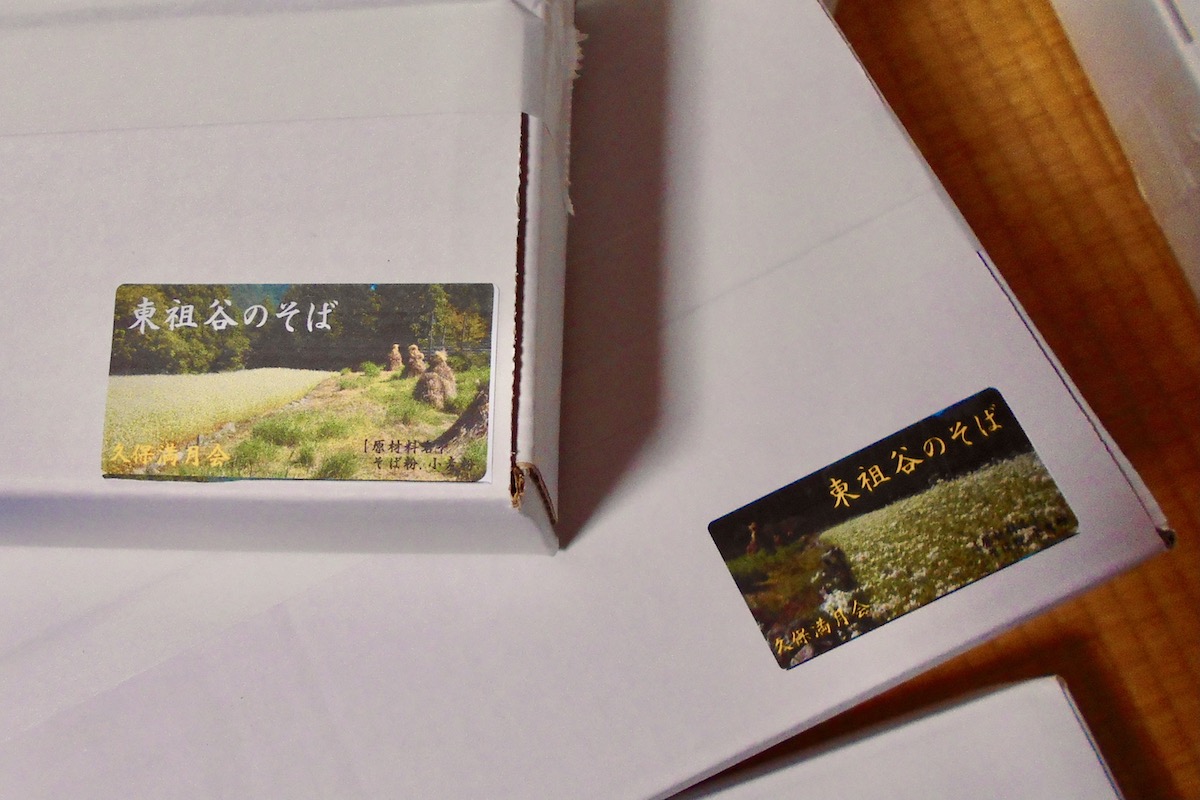 But as she said this, she also smiled, and I could tell that she, just like everyone else here, was proud of their efforts.

For sure, they should be happy to know that it would their meticulously-made soba which would be bringing the New Year’s good fortune to whomever ate it. 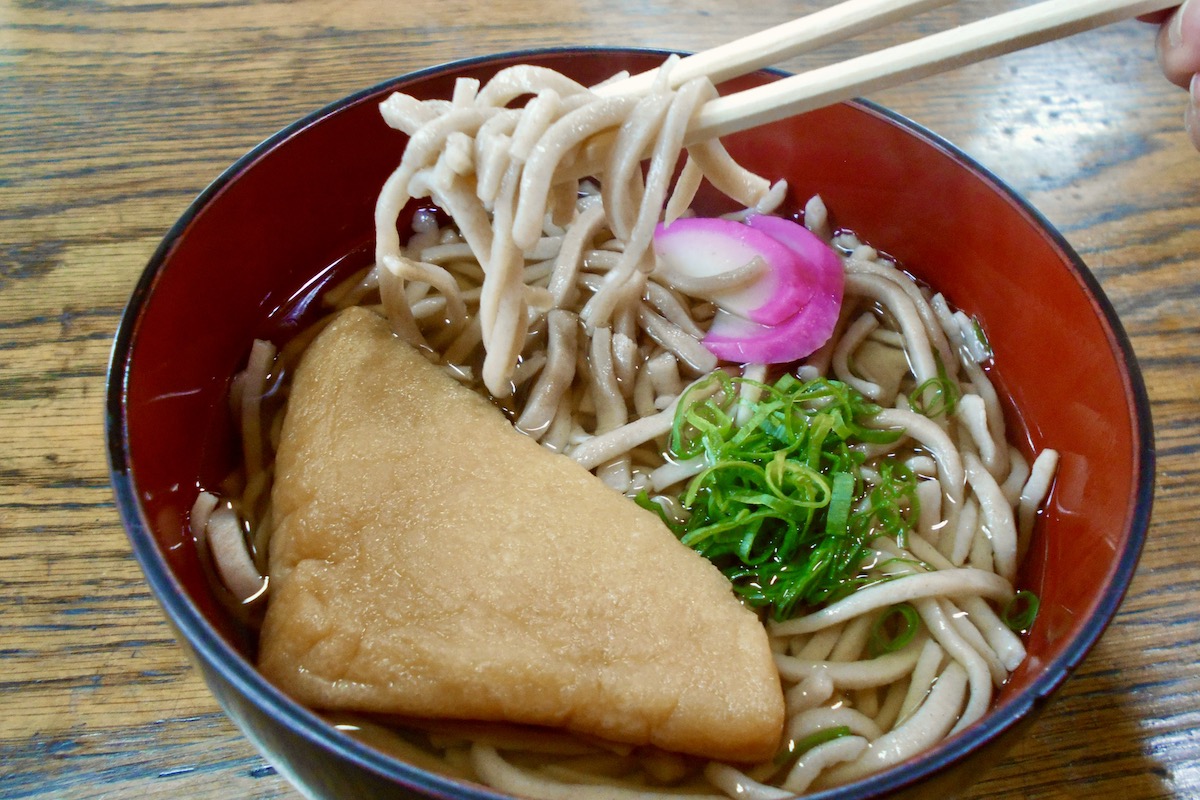 So if ever visiting the Iya Valley, be sure to enjoy the time-honored taste of Iya Soba. Here are a few local places which serve hand-made soba year round: