The Oboke Gorge area of Miyoshi City hosted their first ever Skyrunning Competition on November 28th, with dozens of runners competing in a grueling race up and down the towering Mt Kunimi.

Running Down to the Goal

One after another, the runners emerged from the forest to reach the finish line of the 12.8km Mt Kunimi Skyrace course near Oboke Station. 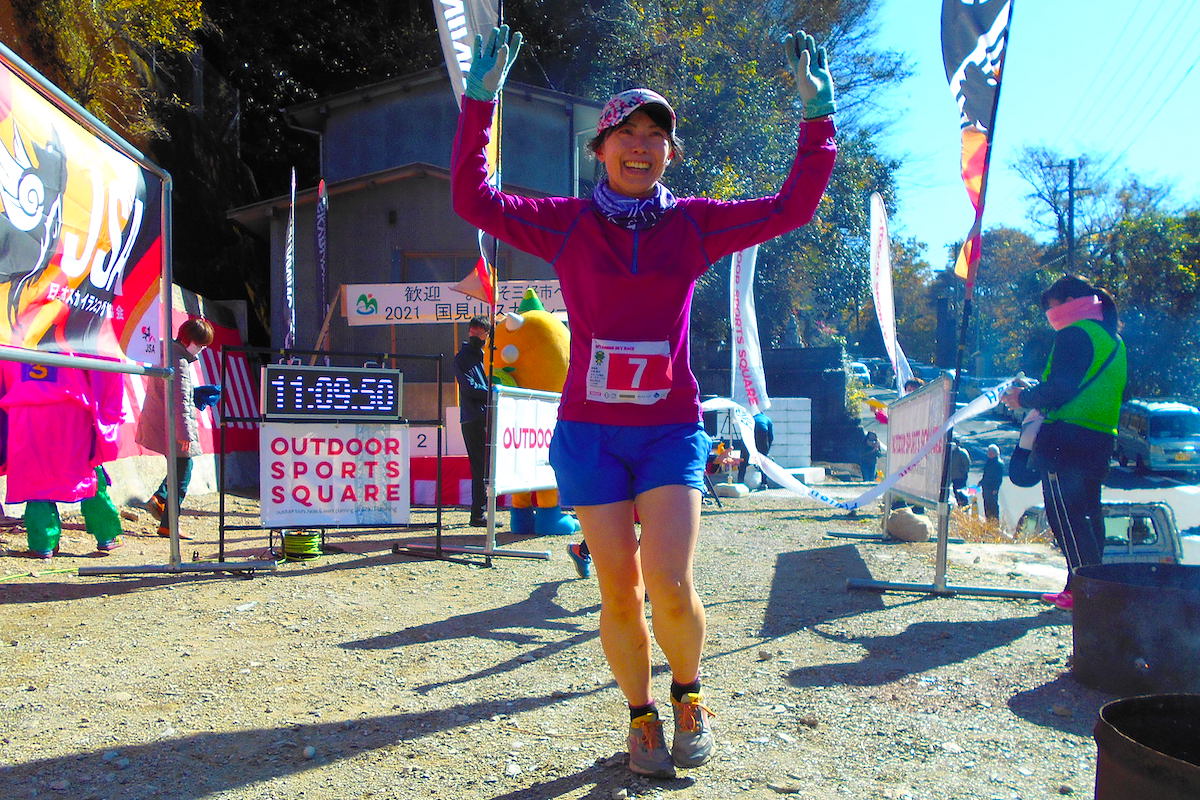 Supporters lined the end section of the path and cheered on each participant. “Just a little more”, they shouted, “You can do it!” 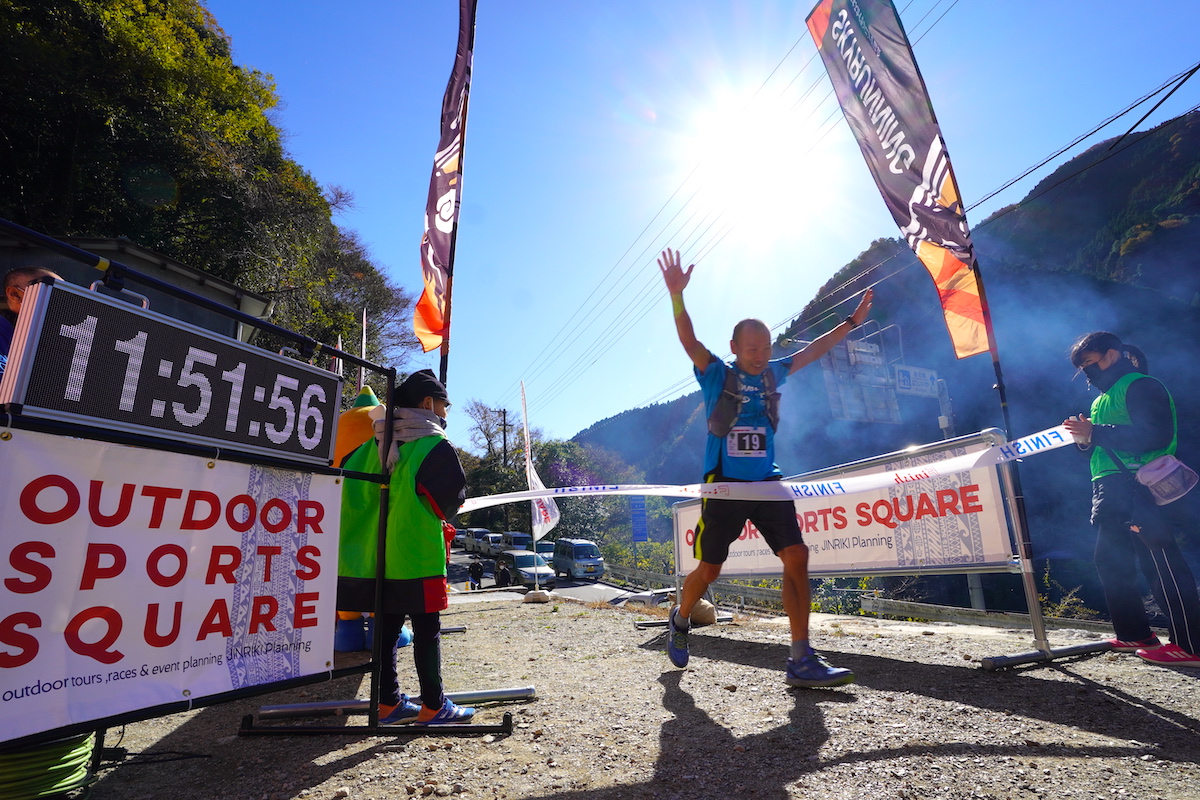 As each runner crossed through the finish tape, smiles of exhaustion and satisfaction erupted from their faces while the applause of the fans filed the air. 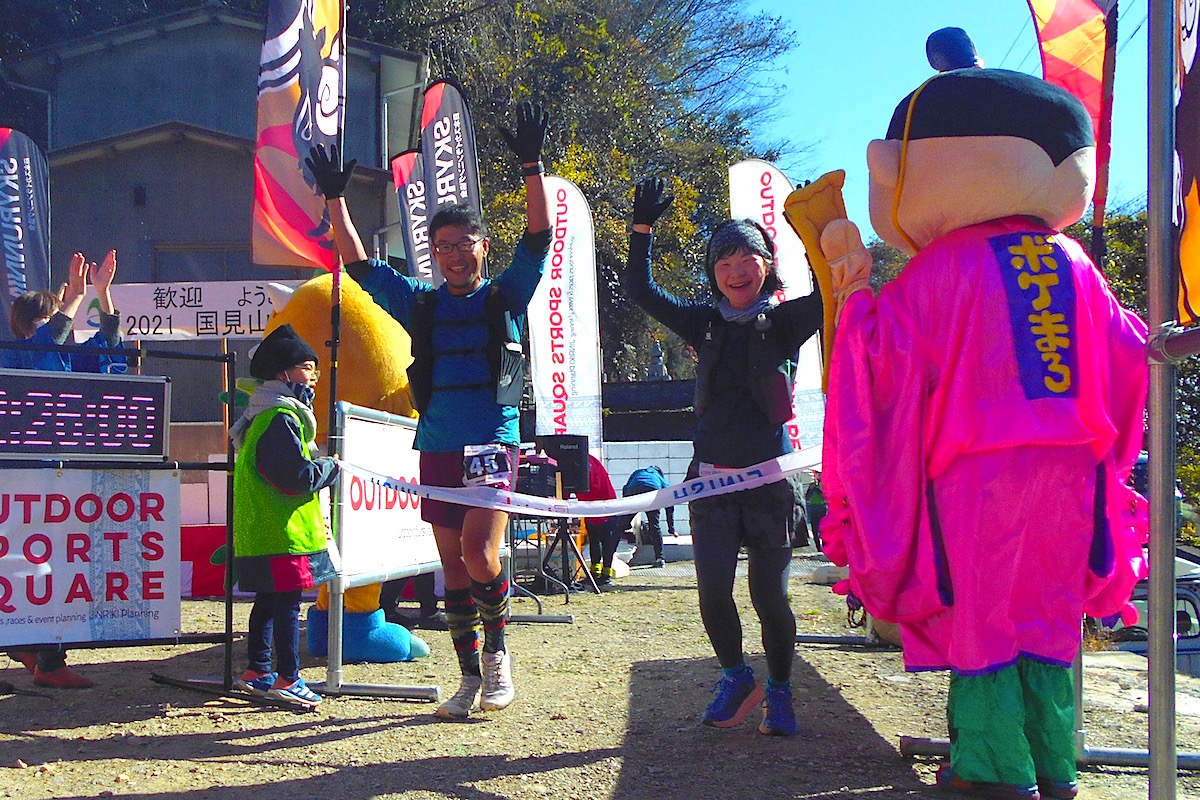 By the time I was able to drive all the way back down to the goal at Oboke nearly two hours had already passed since the start of the race, but I was amazed to find that about ten men and two women had already finished before I even returned. As I arrived, an announcement came across the loudspeaker that the final runner had only just now reached the top of Mt Kunimi.

I spoke with a group of runners who had now finished and were taking a well deserved break. Some of them were part of a Skyrunning group that had come from Okayama Prefecture where they often train together. 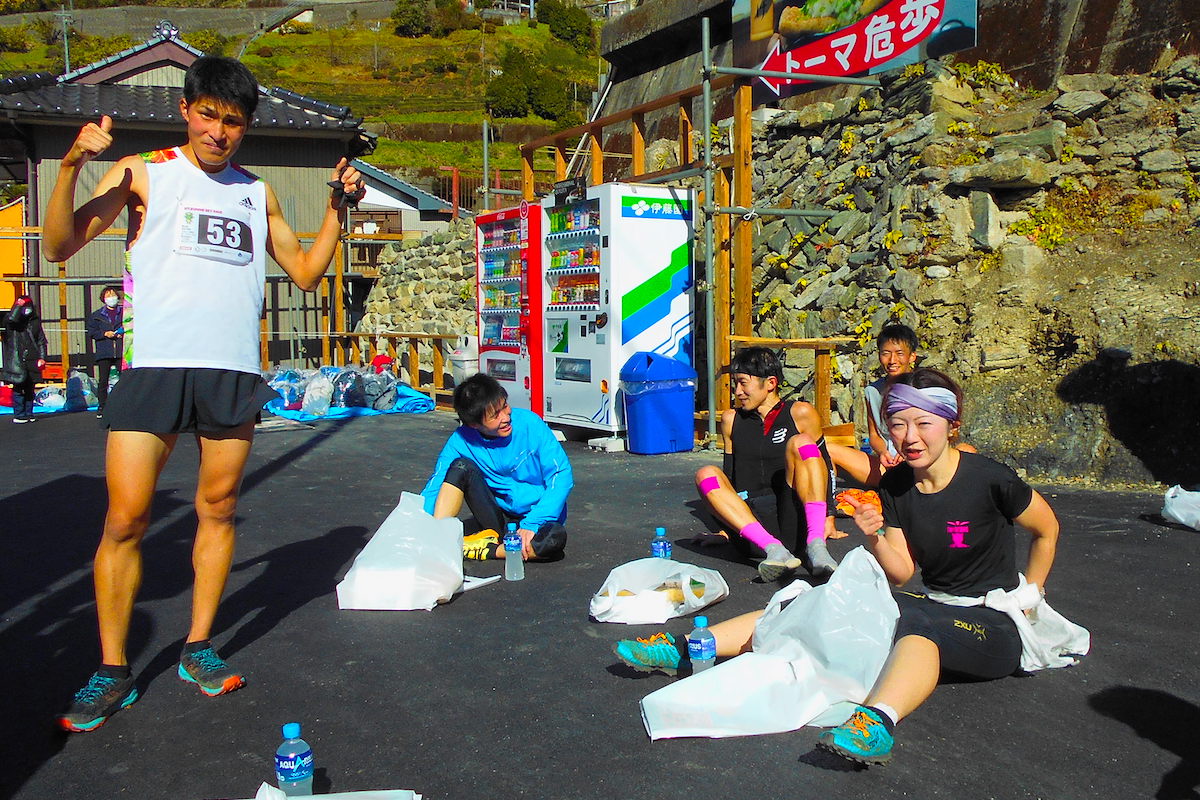 Among them were the top runners of the day who were to earn several of the awards.  They all agreed that this course was a particular challenge, and even for them it was difficult to handle the more than 1000 meters of continuous uphill running.

I also met with Dai Matsumoto, who is the head of the Japan Skyrunning Association, as he crossed the finish line. “Wow, that was fun,” he exclaimed as he immediately pounded back a bottle of sports drink. 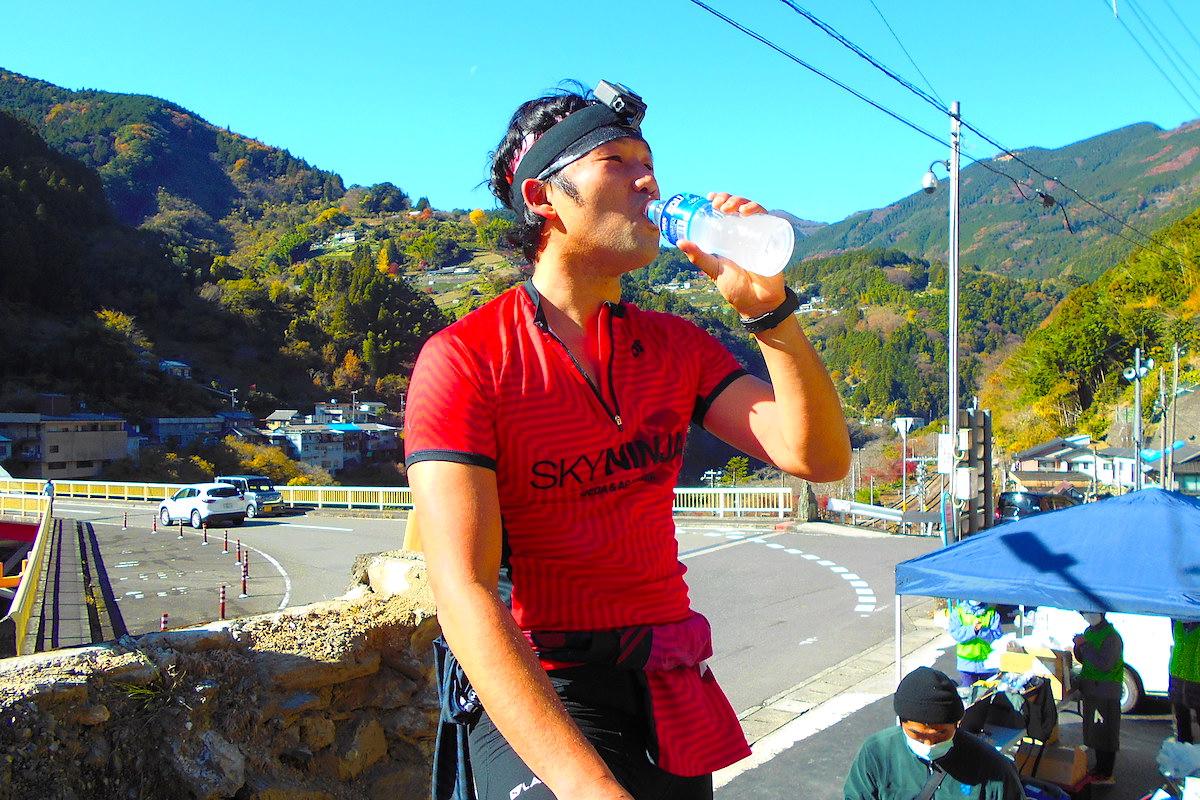 Though he is an accomplished runner, Matsumoto wasn’t here to compete, and ran the course in order to support the others. But he also agreed that it was one of the hardest courses he ever did in Japan. “Whew, that was really a tough one.”

However, the challenge and difficulty is part of the attraction for the Skyrunners. For them, the real pleasure is to see how far beyond their limits they can go.

The Closing Awards Ceremony and the Future of Skyrunning

At the end of the event awards were given out to the winners. The top ten runners from both the women’s and men’s divisions were honored, and special distinction was also given to the winners of each age group. Several runners here were even in their 60s!

In the women’s category, Ryoko Goto came in first with a time of 1 hours 52 minutes, and 48 seconds. 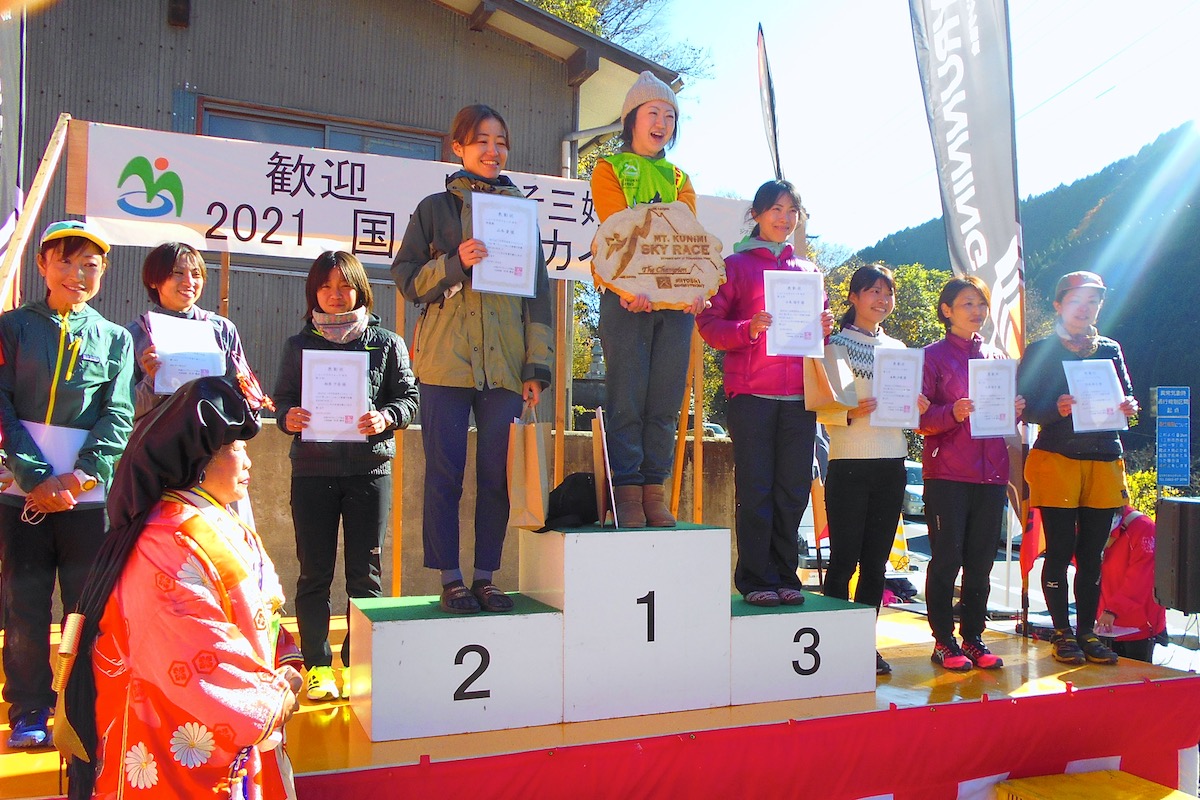 And with the men, Hiroto Yakushiji took the top prize with a blistering speed of 1 hour 35 minutes and 35 seconds. 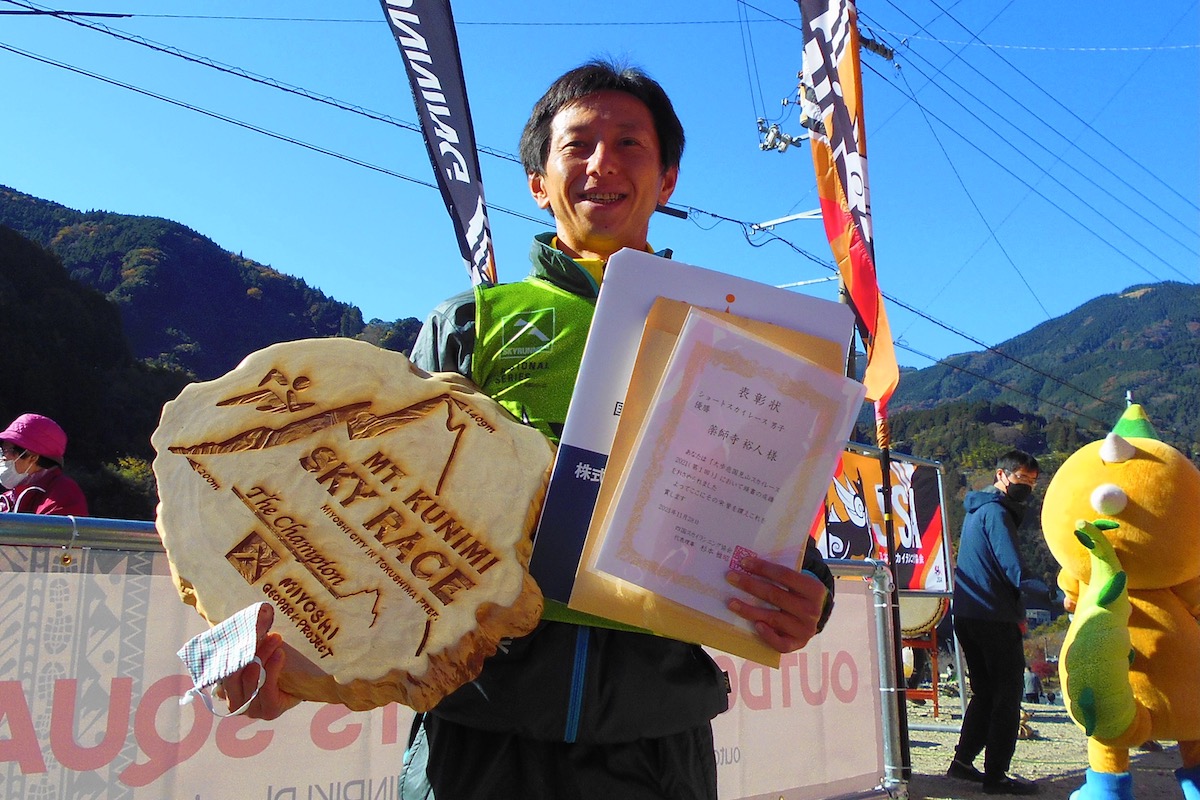 Among the prizes they received, both Goto and Yakushuji each got a large wooden plaque inscribes with an image of the imposing Mt Kunimi.

The Skyrunning Association hopes to hold the race again next year at Mt Kunimi, and being that the area has some of Shikoku’s tallest mountains, they are also researching other spots in Miyoshi City to make additional Skyrace courses.

So hopefully more and more runners will come to Miyoshi for a chance to run into the sky. 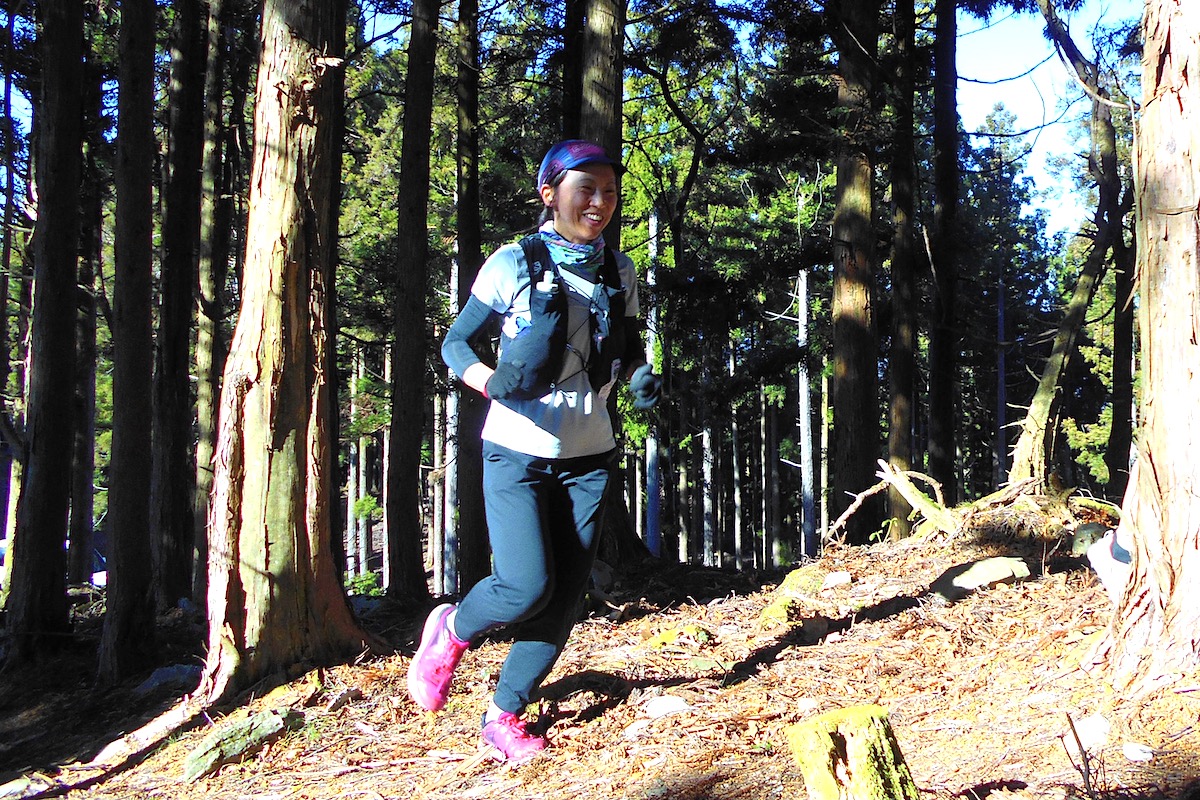 Find out about joining a race yourself on the various Skyrunning websites: