The Oboke Gorge area of Miyoshi City hosted their first ever Skyrunning Competition on November 28th, with dozens of runners competing in a grueling race up and down the towering Mt. Kunimi.

The Race to the Sky Begins

From the start of the 12.8km Mt. Kunimi Skyrace near Oboke Station the steepness of the course began immediately. The first 5km would be constantly uphill with a 1,200m elevation gain.

Every 15 seconds a new runner began and climbed a set of stairs that entered into the forest. 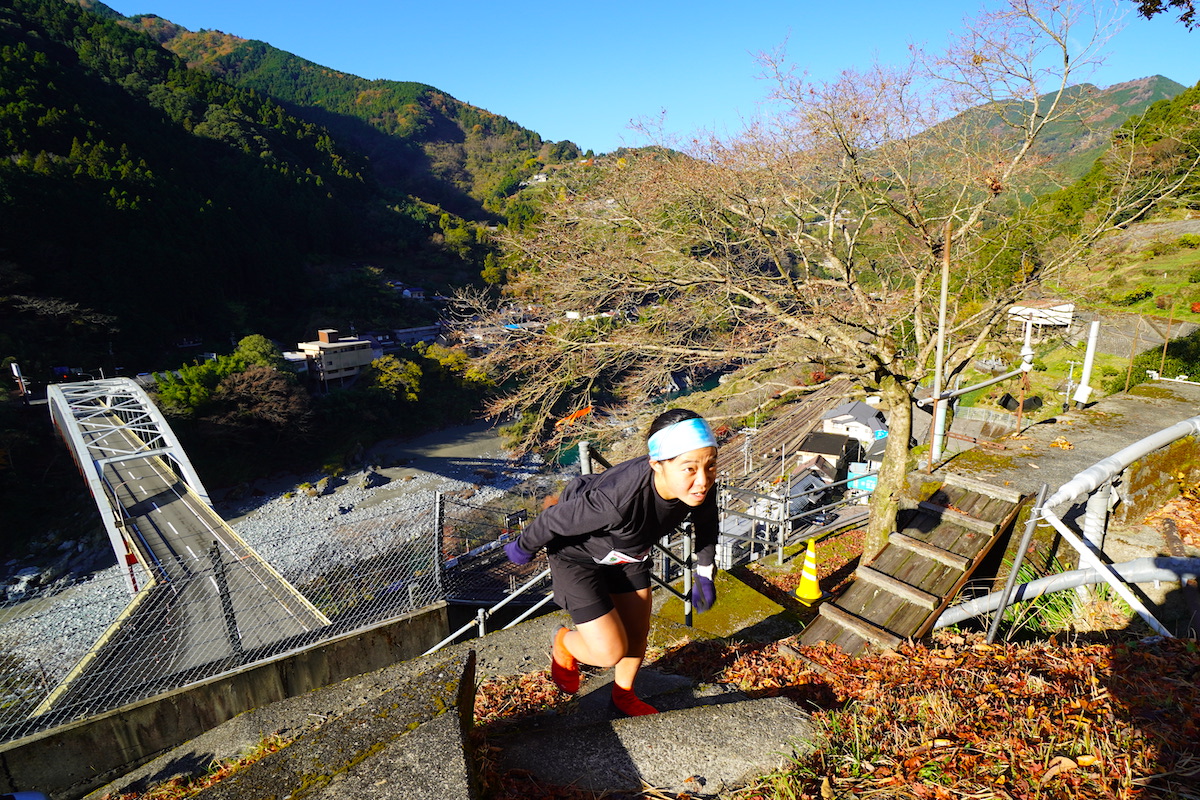 I quickly drove off in pursuit of the runners, taking the winding road up from Oboke to where the trail crossed the road at Arinomiya Shrine.

The Steepness of Mt. Kunimi Shows Itself

Upon passing Arinomiya Shrine the runners had not even completed the first kilometer yet, but they had already gained about 200m in elevation. 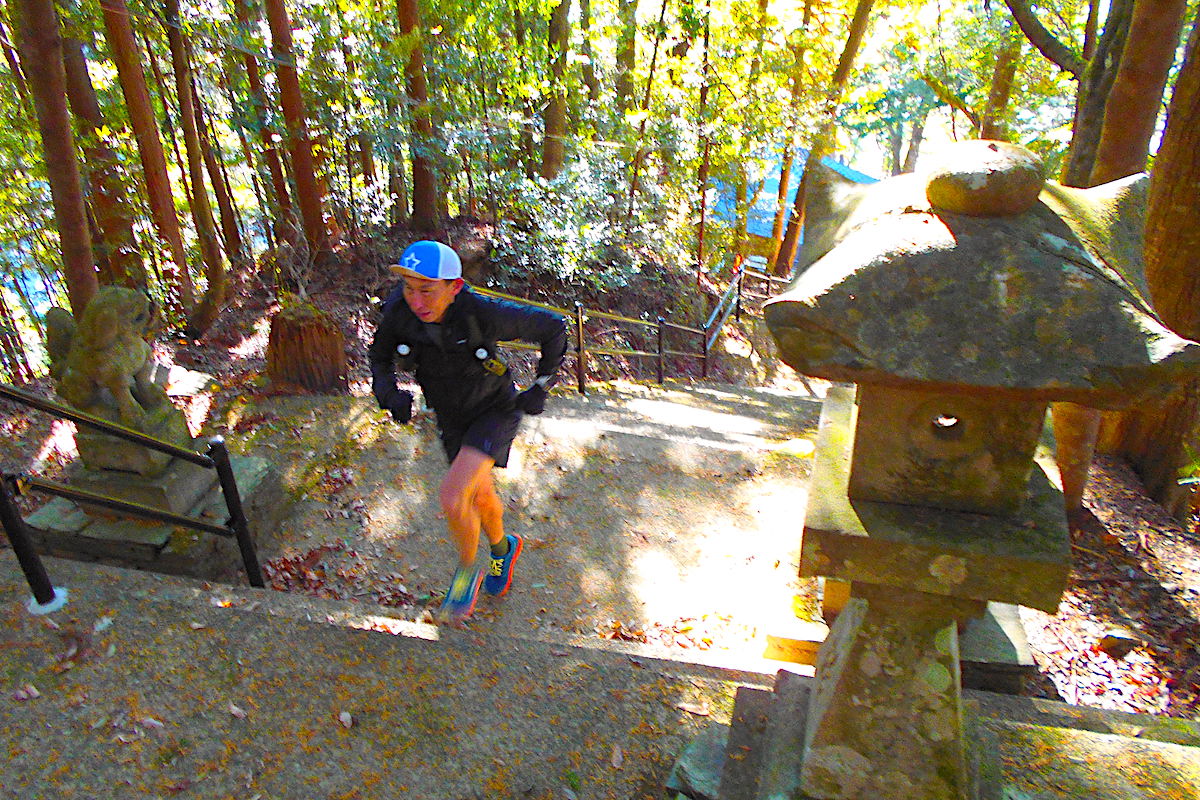 As they ascended the hundred or so steps up to the shrine, most runners were already heavily breathing. I even heard a few grumble as they passed, “Ahh, what’s with this course?” 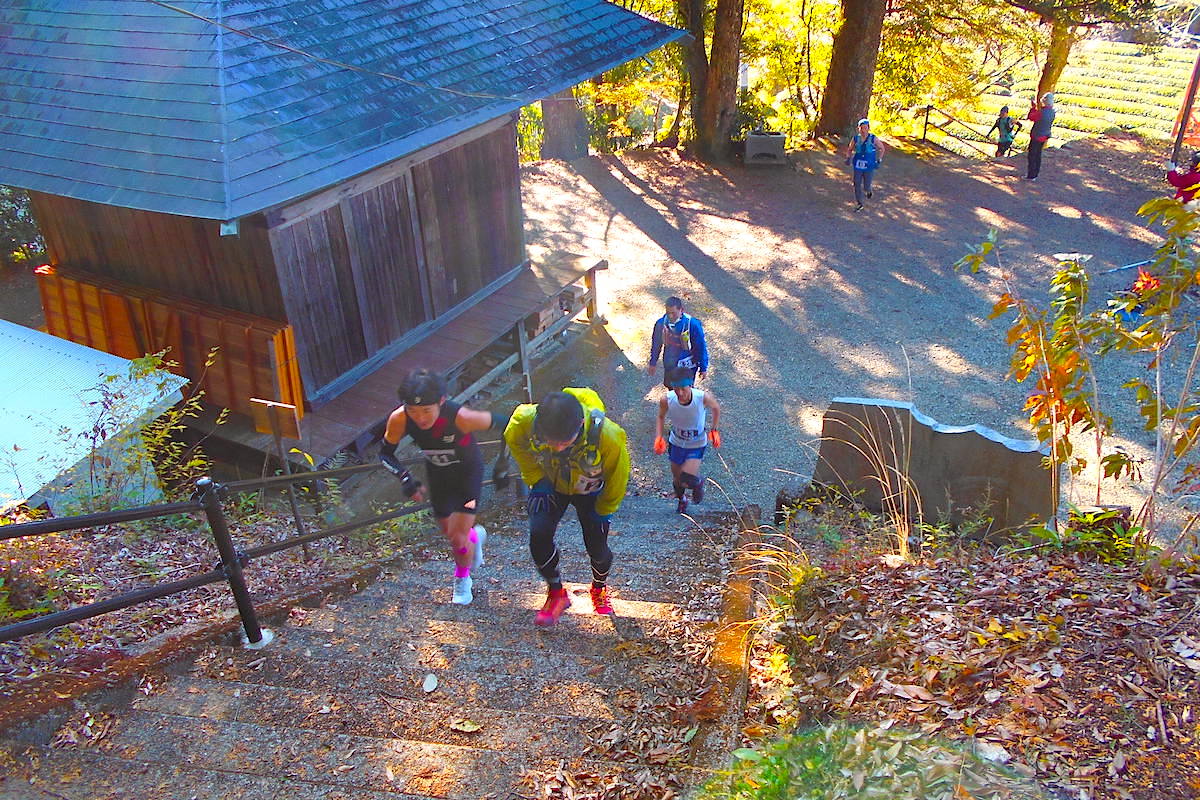 From here the trail led deeper into the forest as it unceasingly went up, up, and up. 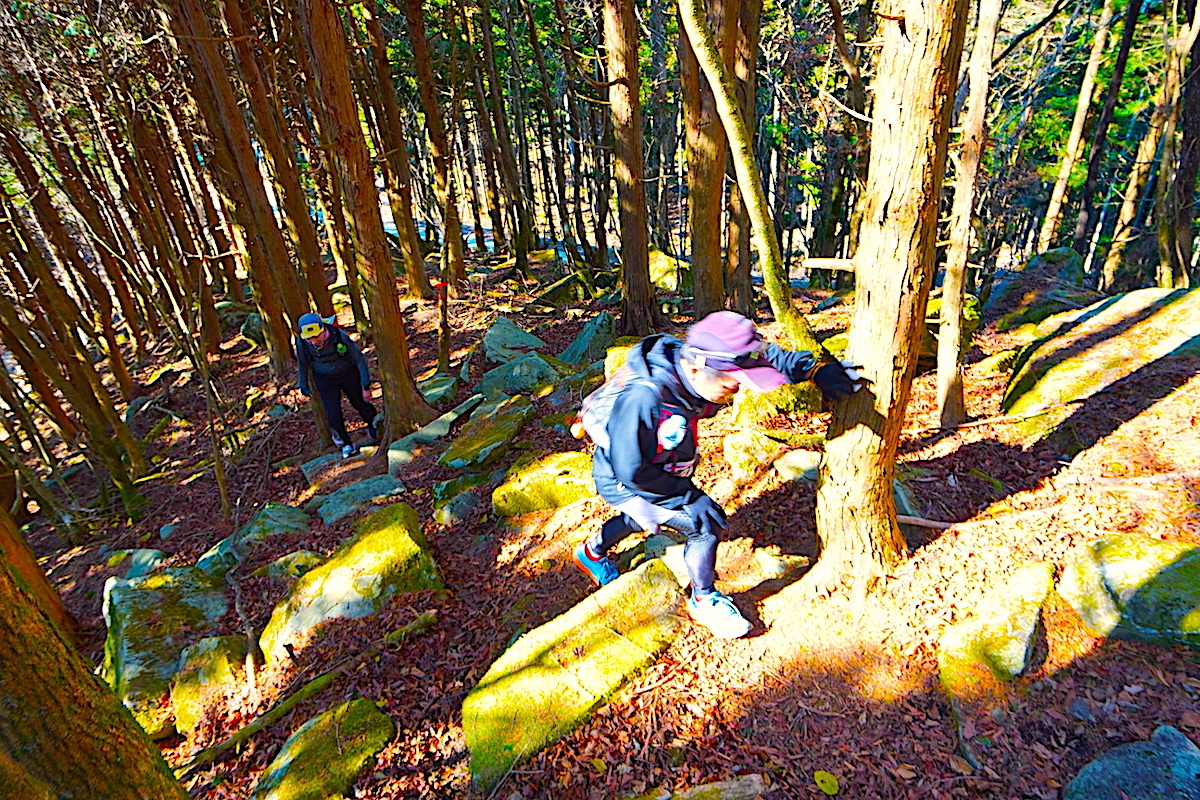 Running up to the Sky

Looking to follow their progress, I drove off to higher up the mountain to where the trail crossed a remote logging road. It took me over 20 minutes to drive up to here and I was amazed that a few of the runners had already passed by. We were now at an elevation of about 1,150m, which means they had already ascended almost 1,000m!

As I watched them emerge from the forest onto the road, the looks on their faces were of focused concentration. All were heavily panting and several welcomingly took a brief break to drink some water at the small aid station that was set up here. 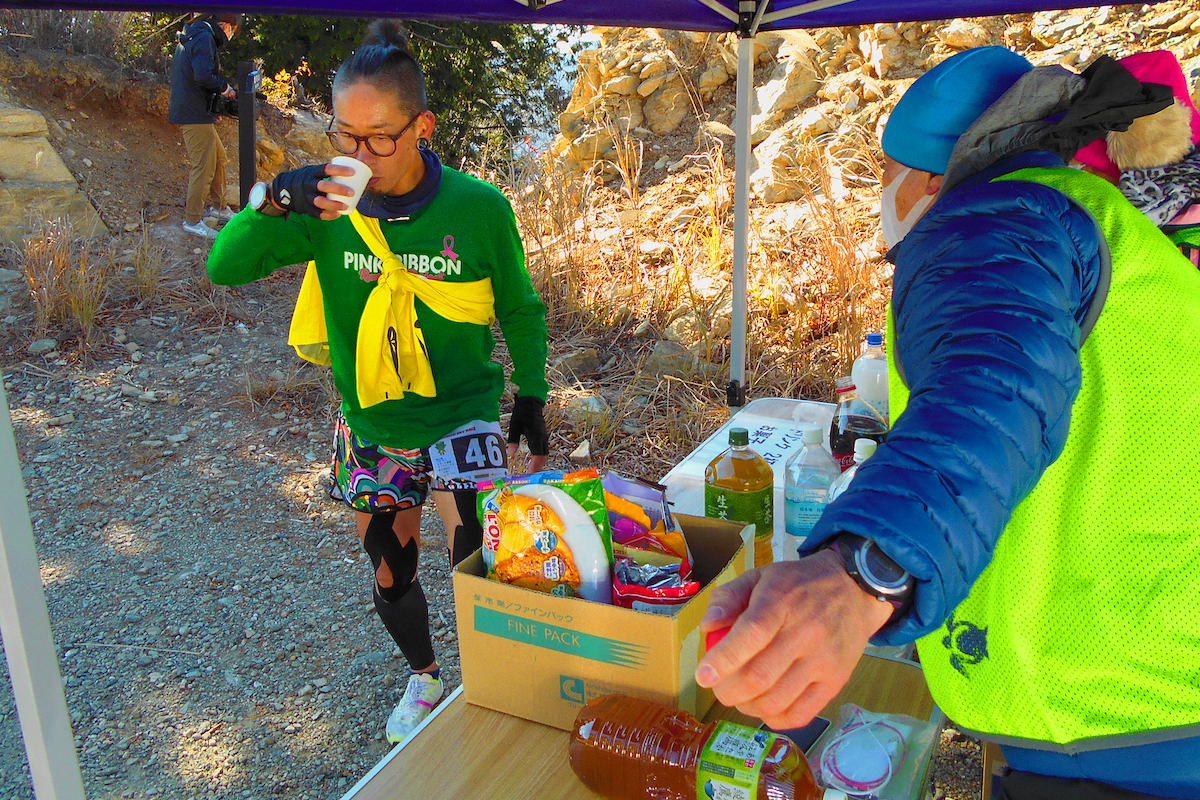 But their climb wasn’t over yet. The trail then re-entered the forest for the final 250m of ascent to the summit of Mt Kunimi. 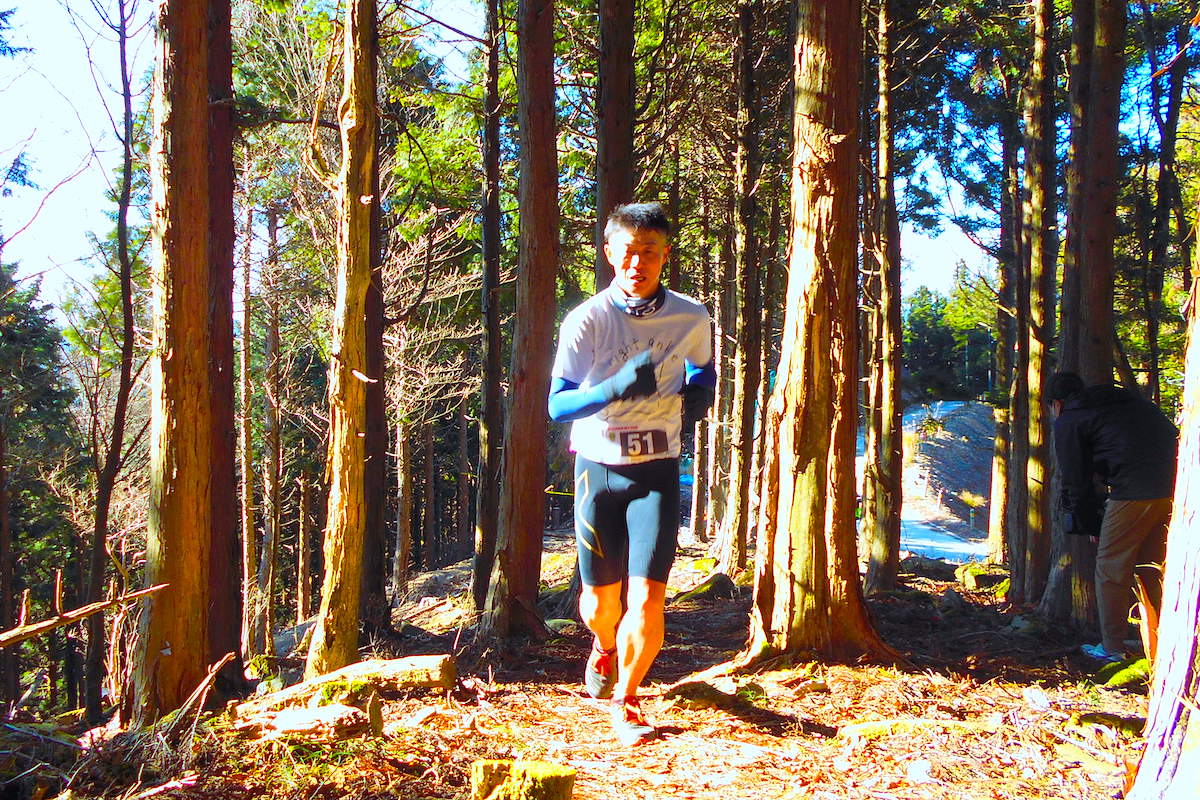 The top of Mt. Kunimi reaches a height of 1,409m, and the name of the mountain translates as “Country View”. Such a name is fitting for this towering peak since the view from the summit looks far across all four prefectures of Shikoku. 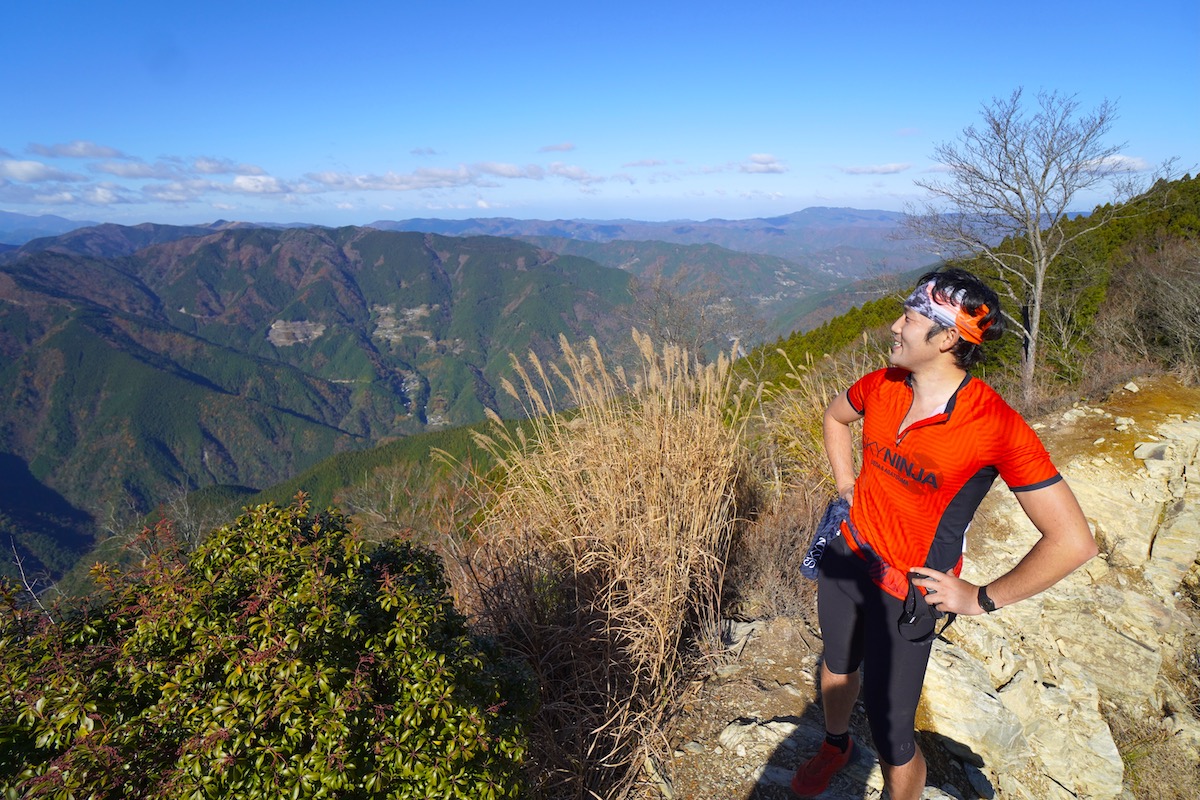 However, most runners were too tired or focused to enjoy the view all that much, however a few did allow themselves a moment to bask in the stunning panorama.

The Long Way Down to Oboke

From the top of Mt. Kunimi the long descent began down a different trail than the trail going up.

The descent posed a new challenge for the runners since their now tired legs had to navigate the steep and uneven terrain. 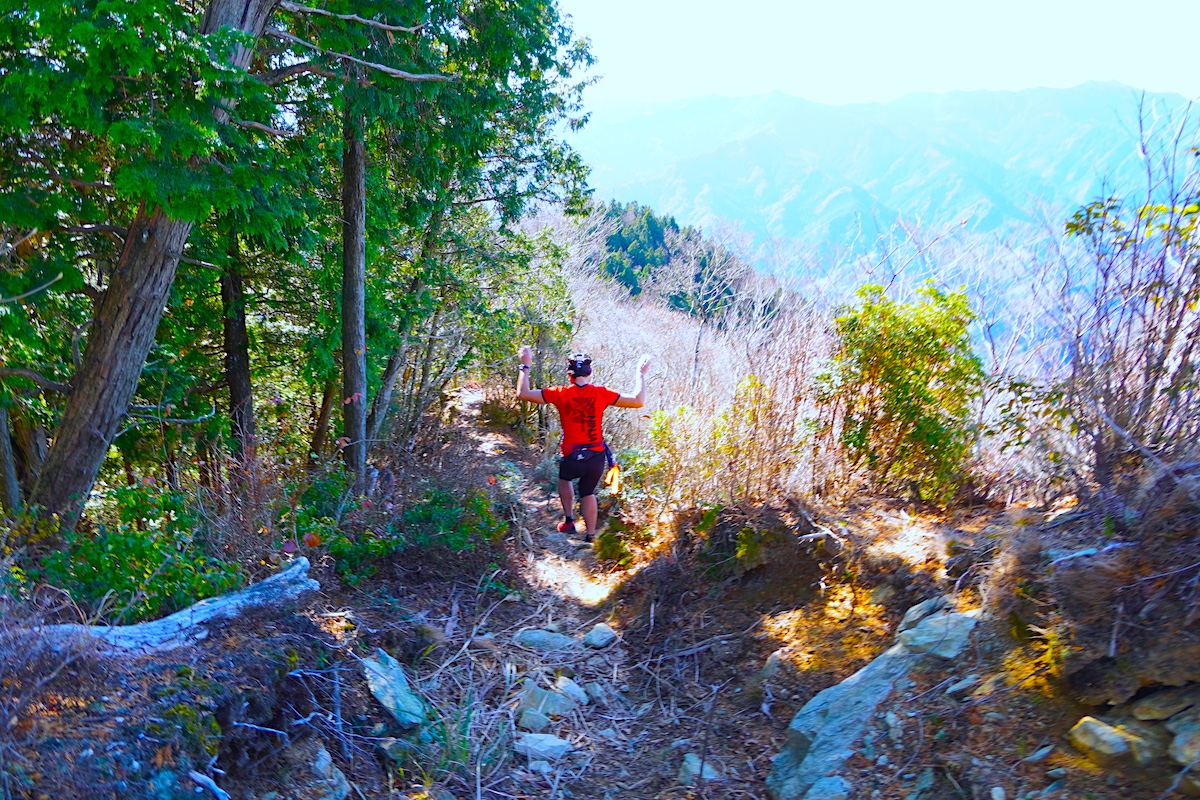 Runners blasted down the trail at much higher speeds than with going up. At times it seemed that they weren’t even running and instead were jumping and bouncing as they rapidly descended since it was so steep. 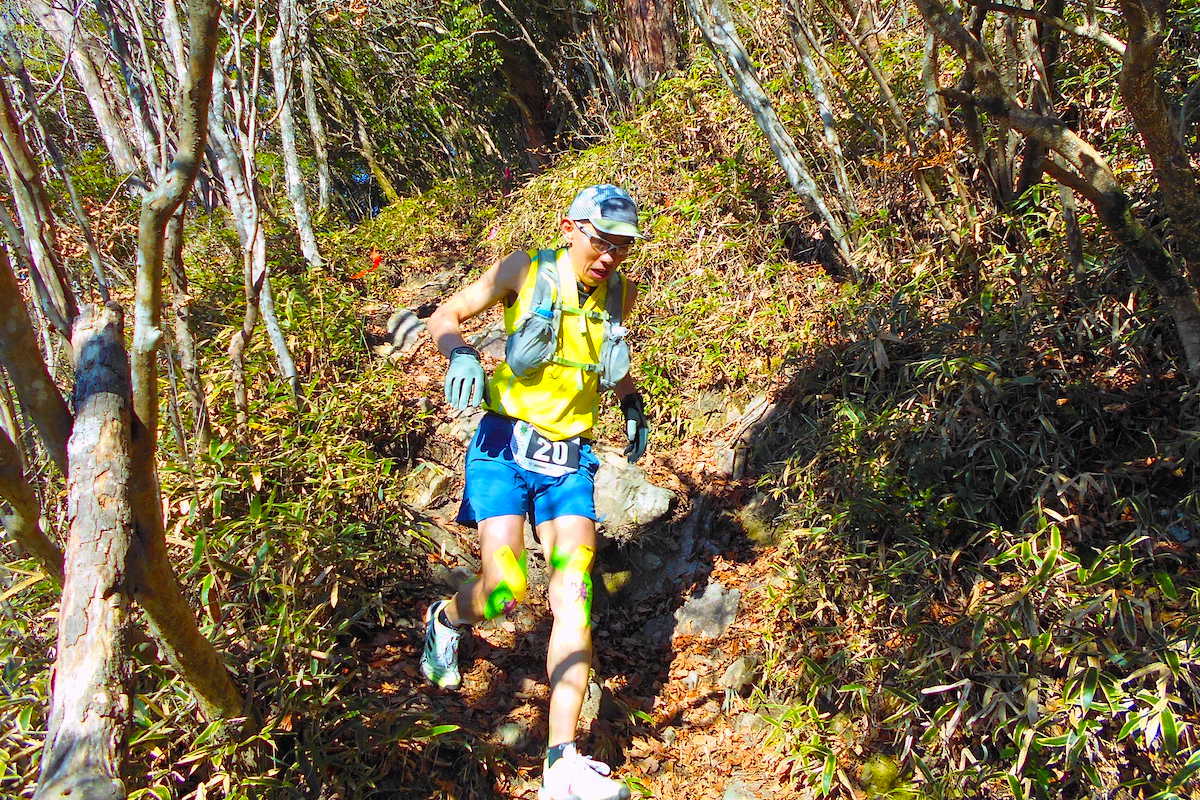 When I drove off back down the logging road to where it connected with the downward trail, I was amazed that I started to see several of the lead runners going by. 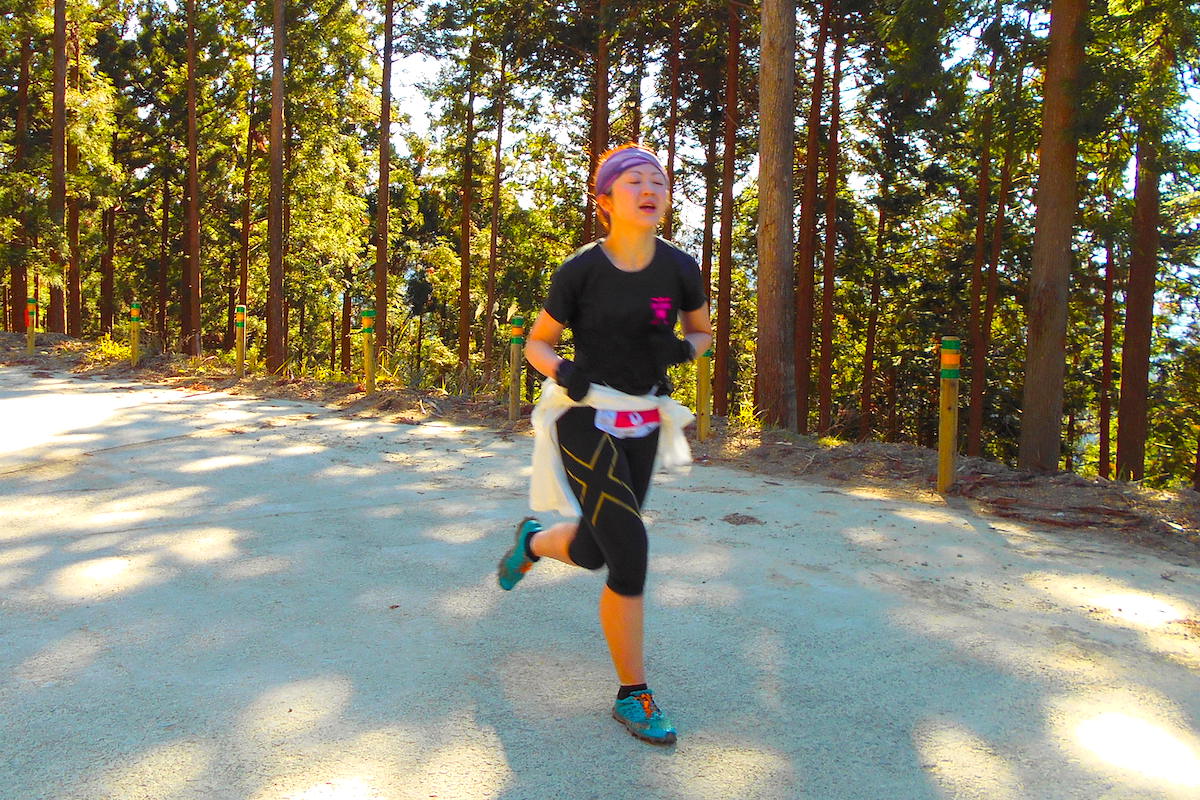 The course took them along this logging road for a couple kilometers to connect back onto the main trail at the aid station, so it was remarkable that they were already here as I left. From the aid station they then continued with their steep descent back down to where they began near Oboke Station.

In Part 3 I will explain the results of this unbelievably challenging race.

For more information about Skyrunning Events, check the Associations webpages: