Iya Soba: a Traditional Food of a Hidden Land

The Iya Valley is famed as being a one of the three most isolated valleys of Japan, where the centuries-old villages that dot this rugged valley are built onto the steep mountain sides. Due to the limited amount of flat areas in these hillside settlements, rice was never grown in much abundance. Instead, the people here have historically cultivated crops such as buckwheat (soba), which not only grows well on the sloped farm plots, but also thrives in Iya’s cooler climate. 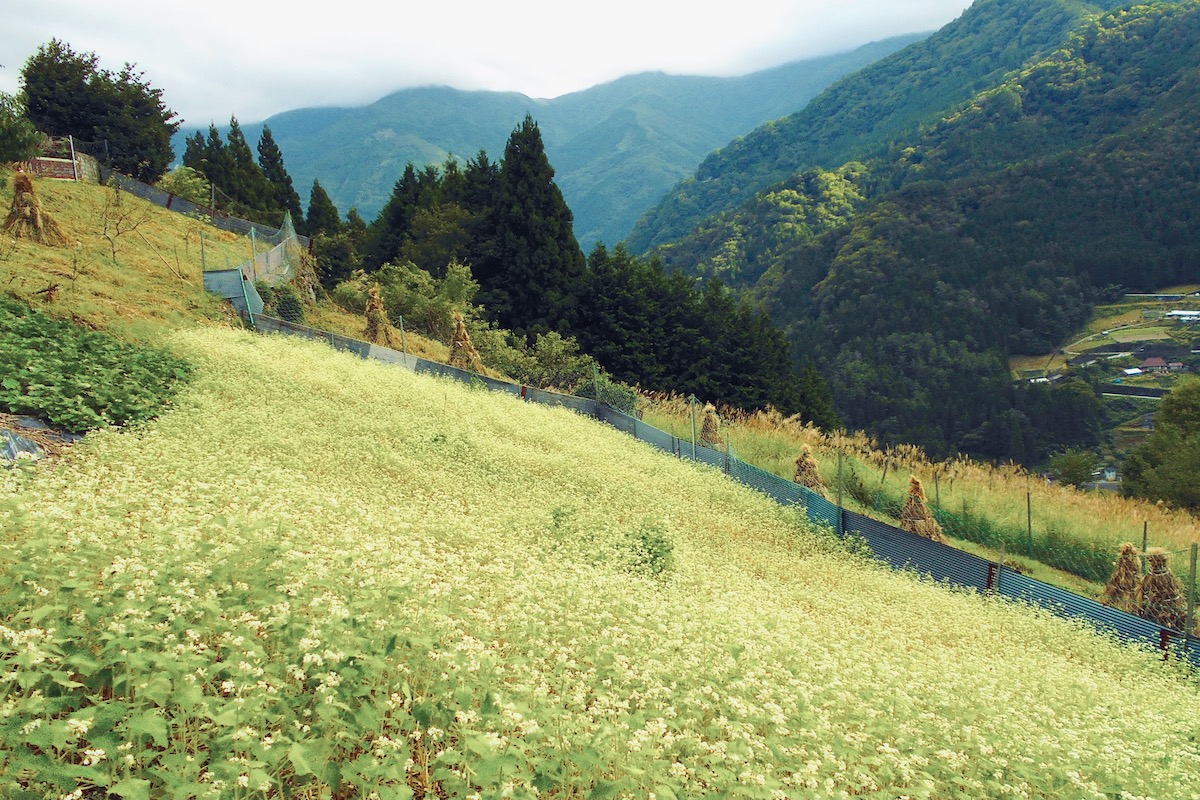 Accordingly, various dishes are traditionally made with the buckwheat, including hearty porridge, dumplings, and of course, soba noodles.

Nowadays, rice can be easily brought in from outside of the valley, but the traditions of growing, preparing, and enjoying soba still continues to this day. And being that soba noodles are a pillar of the local food culture, the techniques are still passed down from generation to generation.

Far off in the Miyoshi City’s Iya Valley is the small village of Kubo. This more distant half of the valley is technically called Higashi-Iya (East Iya) but it is commonly referred to as Oku-Iya, which means “Deep Iya”.

Out here in Kubo, a local group of the residents, known as “Kubo Mangetsukai” (“The Full Moon Group of Kubo”), annually go through a multi-month process for preparing “Toshi-Koshi Soba”. 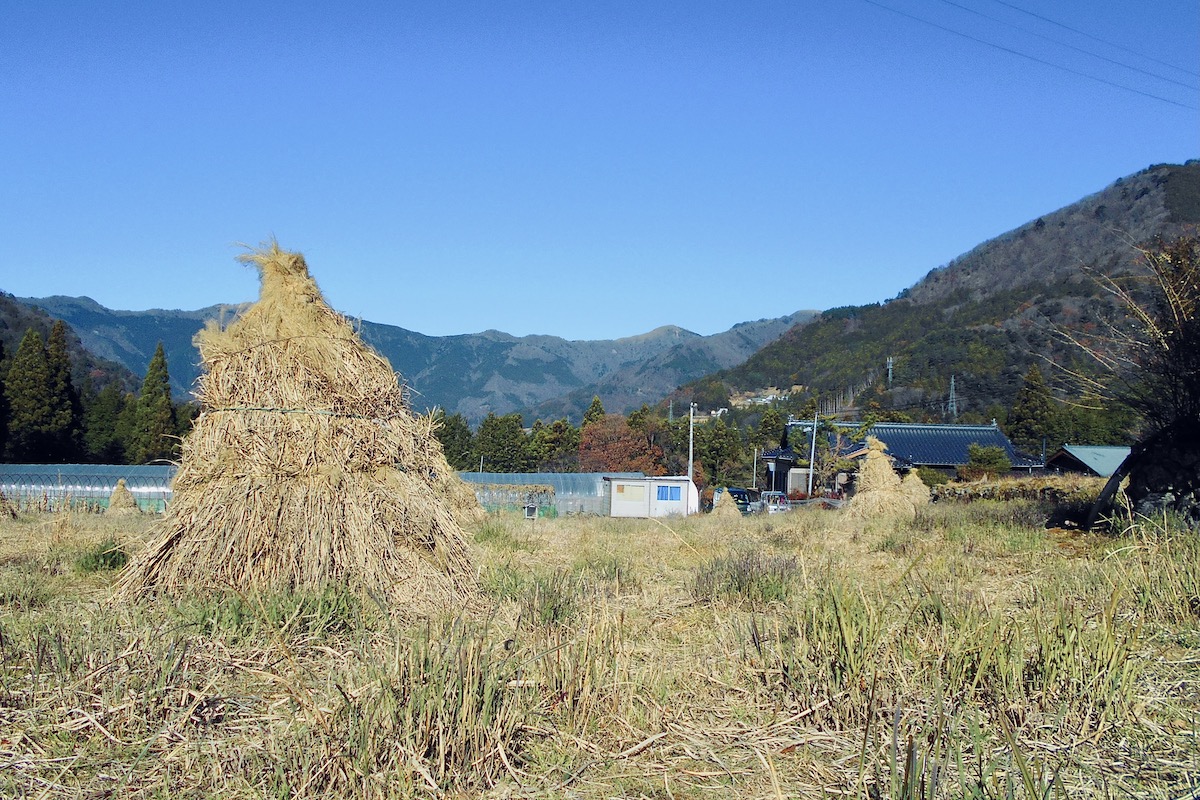 Throughout every part of Japan it is considered auspicious to eat “Toshi-Koshi” soba noodles on December 31st, and though the true origins of this ancient tradition are a bit murky, it is mainly believed that eating soba noodles will bring longevity to one’s life and good luck in the coming year.

This December I heard that the Kubo Mangetsukai group would be once again making these year-end noodles. So on a brisk winter’s day I went out to Kubo Village to check on their preparations, and visited the sprawling farmhouse compound of Mr. and Mrs. Okamoto, who operate as linchpins of the group.

It was still a few weeks away until they would be engaging in the final steps of noodle-making, but along with a few other neighbors, they were diligently preparing for the noodle making by grinding up the buckwheat into flour, as well as other farm activities such as slicing up daikon radishes in order to dry them for preservation. 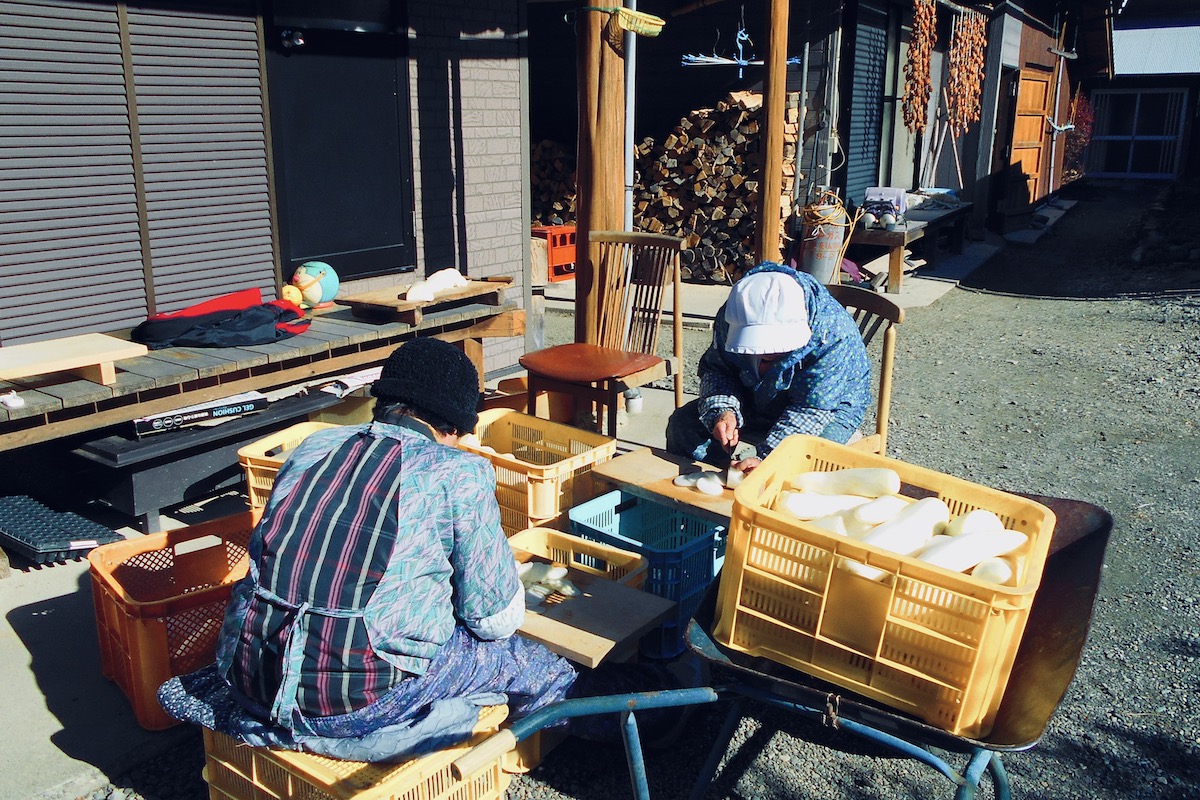 Surrounding the house were some of the largest fields in Iya, but on this early winter’s day the buckwheat had already been harvested several weeks prior. 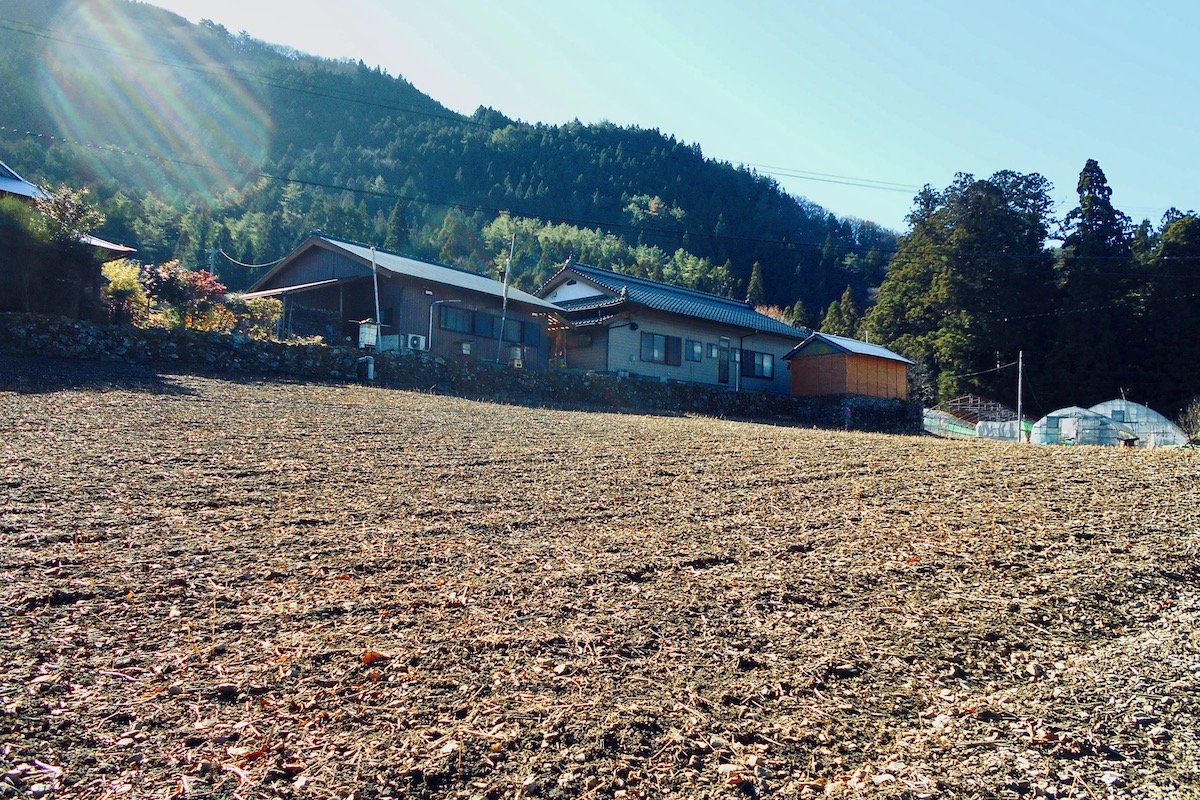 Buckwheat in Iya is planted in late summer, and after growing through the autumn, the whole plant is hung up to dry for about a week. Next, the grains are threshed off the plant, and then they are ground up into flour.

Mr. Okamoto explained that he had been grinding their buckwheat into flour for the previous several weeks, and along with buckwheat collected from other farms in and around Kubo, the group had now amassed nearly 300kg of it, all of which would be used for their year-end soba noodles. 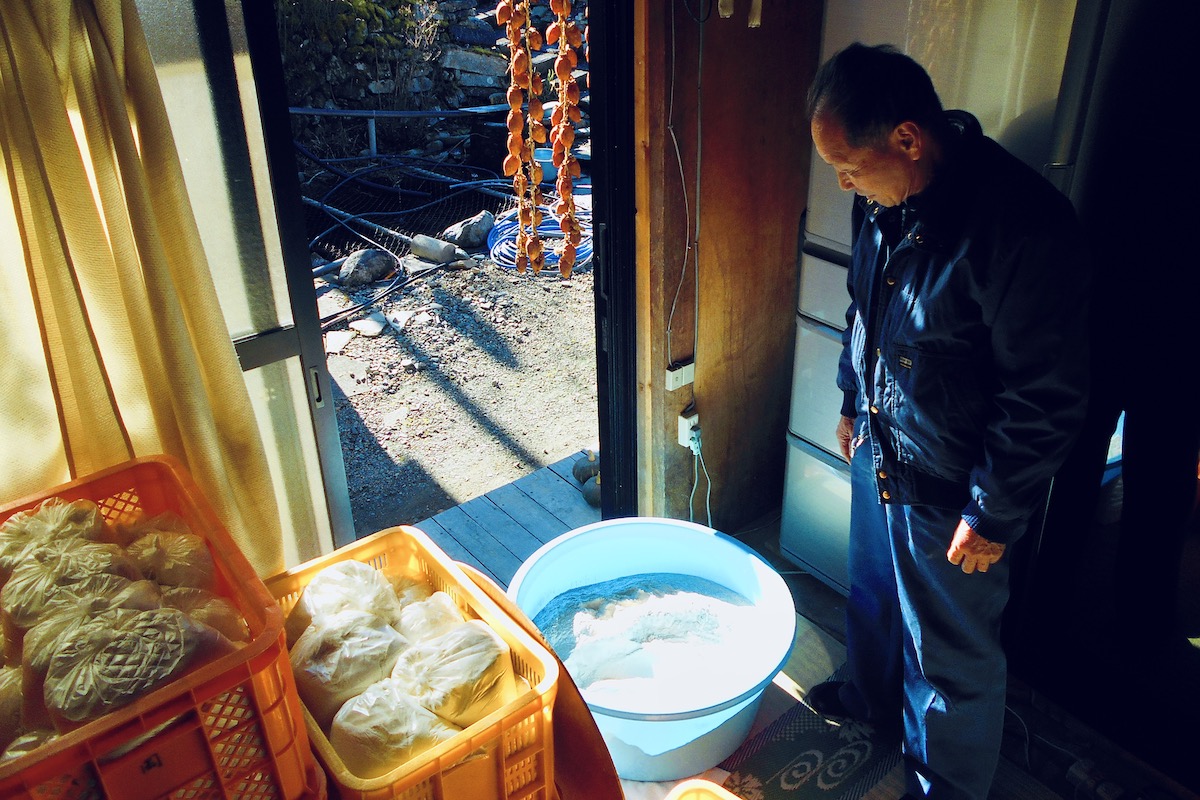 The Rarest of Delicacies, Known Only Through Word of Mouth

With several hundred kilos of pure Iya soba flour now stockpiled, they were just about ready to start making the noodles. But turning all this flour into noodles is not an easy task, particularly since fresh soba noodles need to be eaten within a few days of being made. 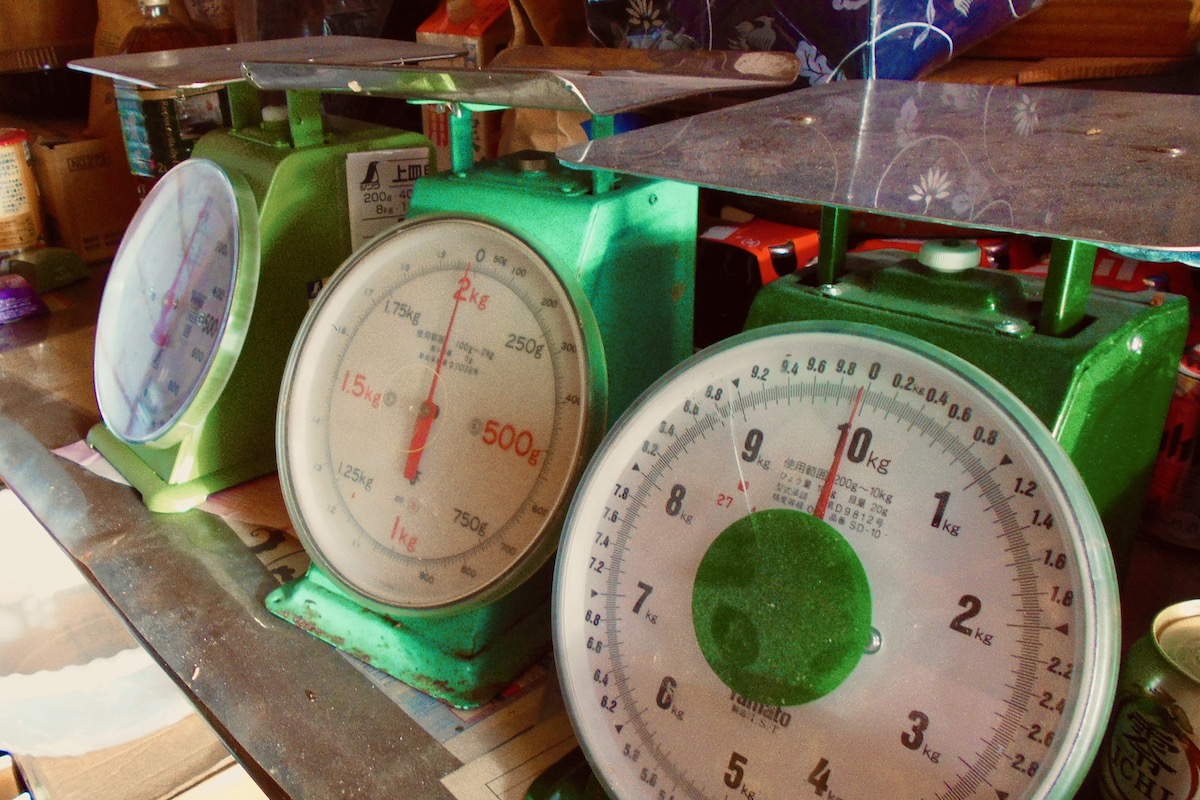 So on the 28th and 29th of December a crew of Kubo villagers, relatives, and other Iya residents will come together here to kneed all this flour into dough, roll it out by hand, and then individually cut each noodle with a knife.

As it went, when the Kubo Mangetsukai group first began making Toshi-Koshi Soba decades ago, they only made enough for themselves as well as some extra to send out to relatives. 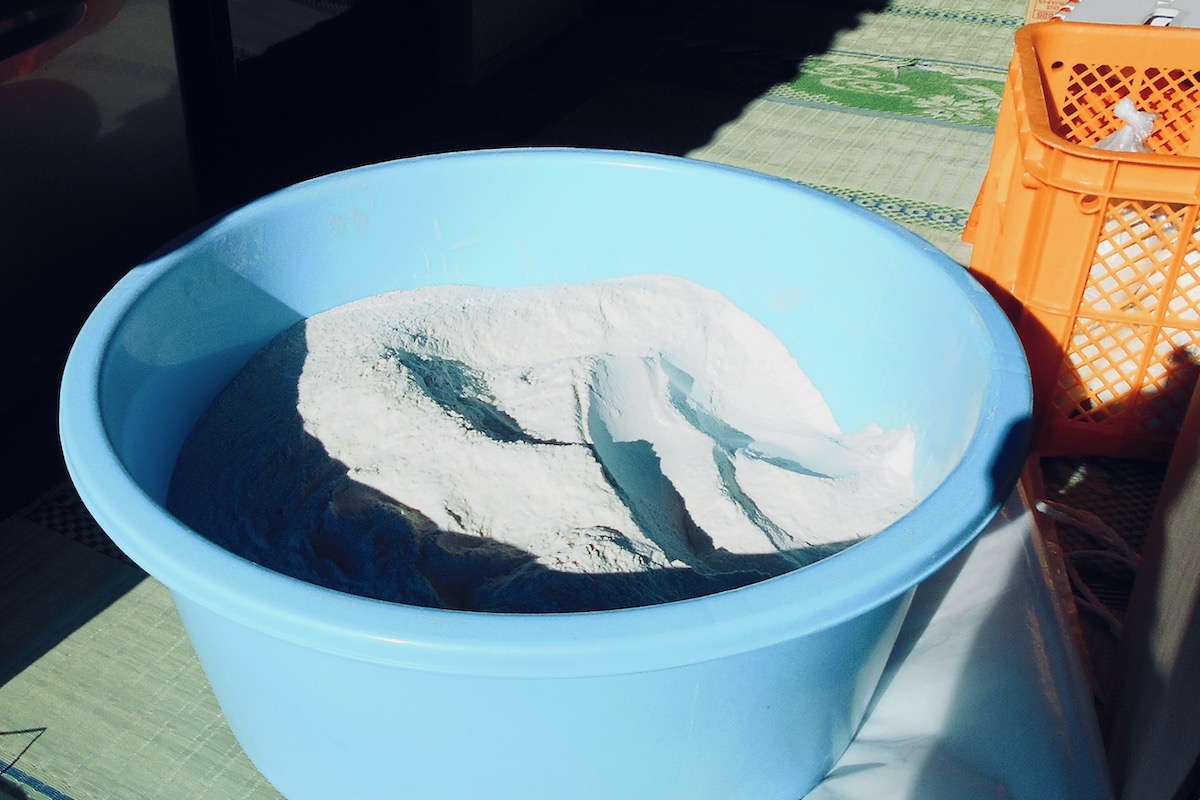 But over the years, word got out of the exquisite taste of their 100% pure Iya soba noodles, and their creation became way more popular than with just friends and family. Nowadays, the group prepares thousands of portions of noodles in the final days of the year, despite having never advertised or promoted their work.

Indeed, the only way to slurp down an auspicious bowl of their genuine New Year’s Eve Iya Soba Noodles is through an acquaintance, which makes enjoying this rarest of delights even more lucky. 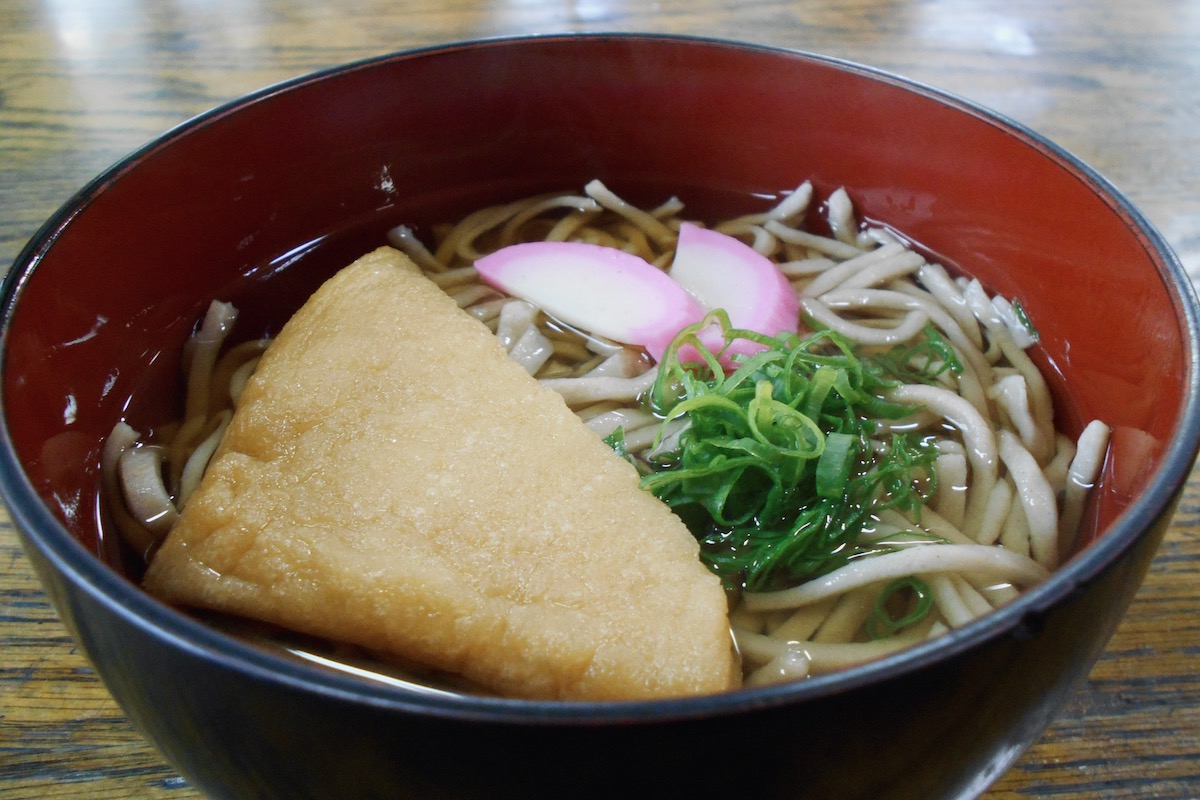 In Parts 2 and 3 I head back out to Kubo for the final days of December to see how they go with all the noodles-making.

Where to taste Iya Soba any time of year: