The Oboke Gorge area of Miyoshi City hosted their first ever Skyrunning Competition on November 28th, with dozens of runners competing in a grueling race up and down the towering Mt. Kunimi.

It was a beautiful late autumn morning and 49 runners had gathered from all across Shikoku and from as far as Mie Prefecture to test their power and endurance in Miyoshi’s first ever “Skyrunning” event. 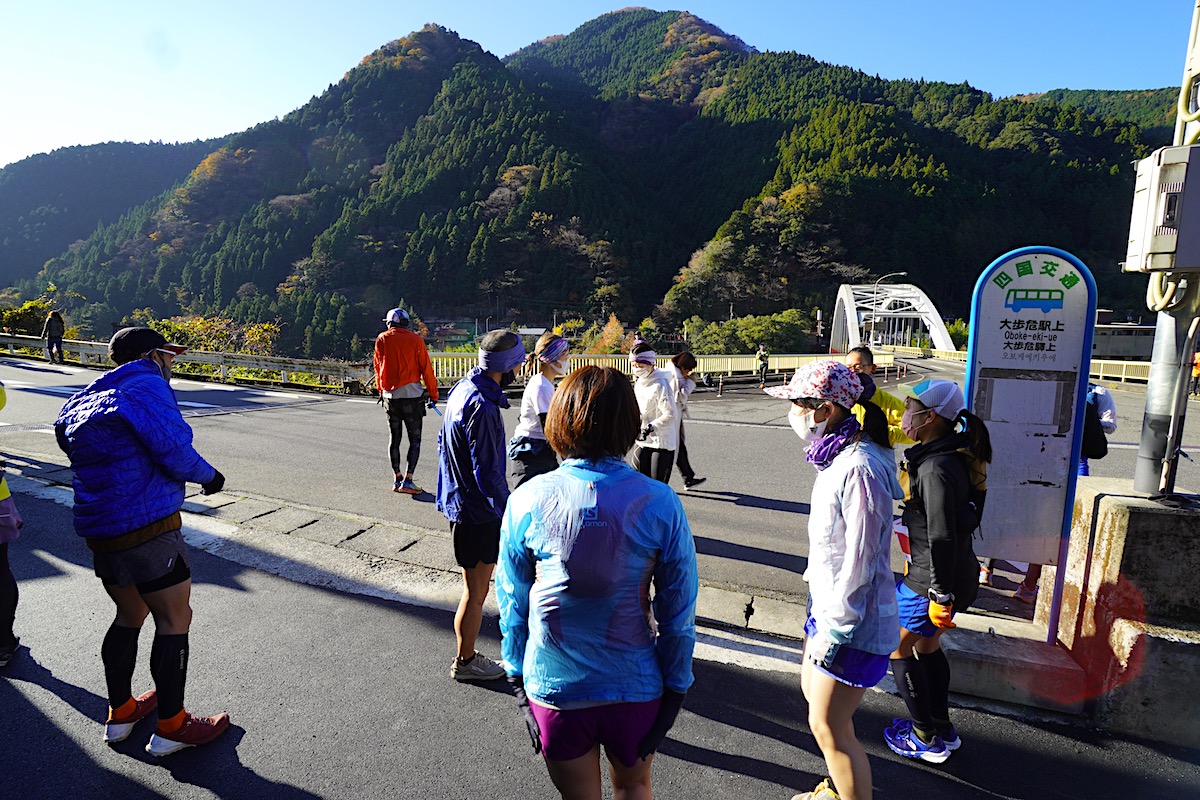 The start and finish for the course was located just next to JR Oboke Station, and in between the runners were to embark on an epic 12.8km challenge of running up the steep trails through the forest to the top of Mt. Kunimi and then back down again.

Skyrunning events are held all around the world where competitors run up, down, and across mountains. Unlike other traditional long-distance running events like marathons, Skyrunning places more focus on vertical distance and elevation gain rather than overall horizontal distance. 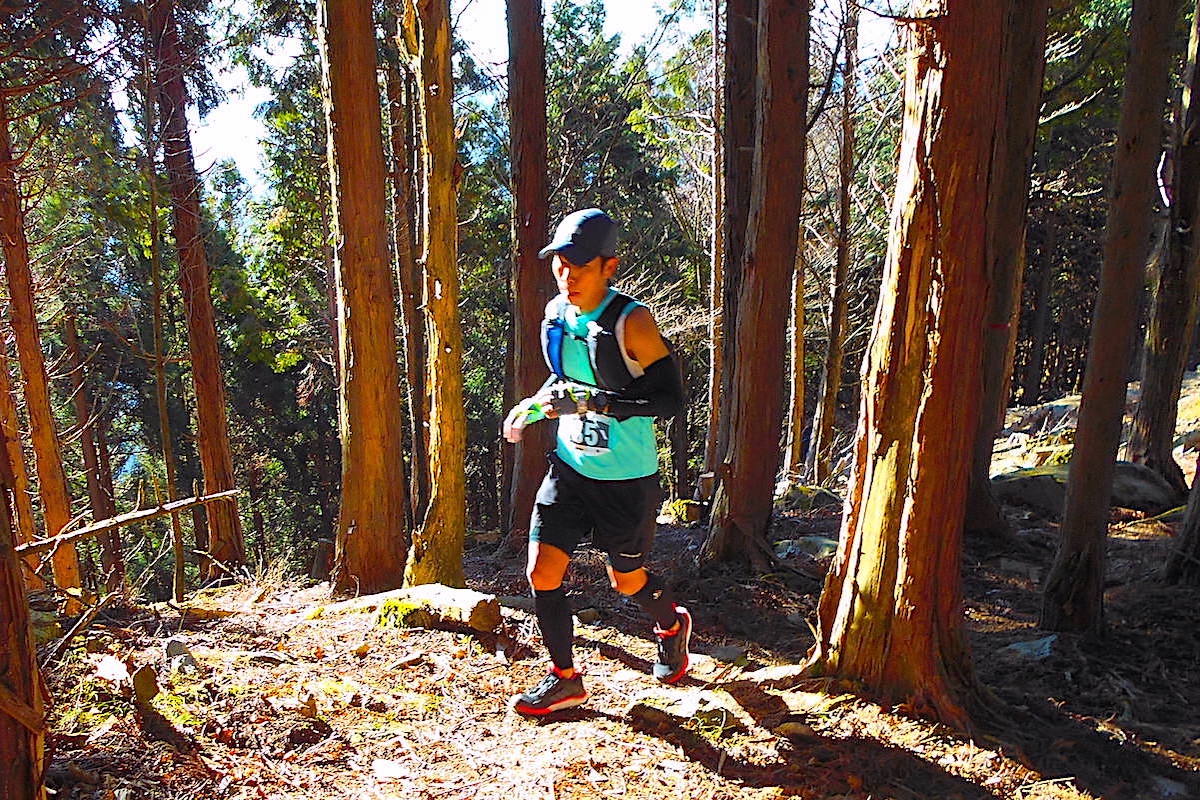 There are several styles of Skyraces based on total length, elevation gain, etc, and usually races are grouped into men’s and women’s categories of various age groups.

The Japan Skyrunning Association (JSA) was established in 2013, and in the past couple years the first competitions have started to be held in Shikoku. And being that Miyoshi is full of some of the tallest mountains in Shikoku, it only makes sense for the area to host such an event. 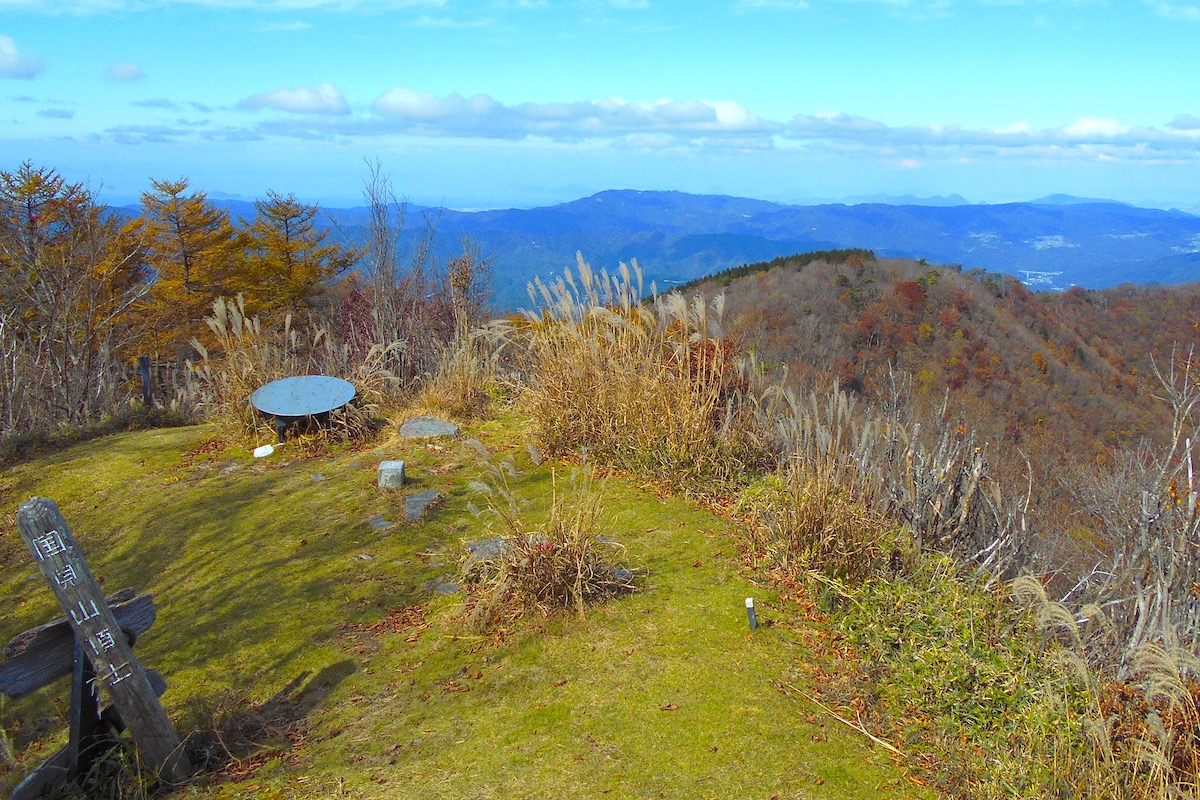 The course began just near JR Oboke Station at an elevation of almost exactly 200m. From here, the course followed trails up into the forest for the next 5km to the top of Mt. Kunimi at an altitude of 1409m. That’s over 1200m of non-stop ascent! 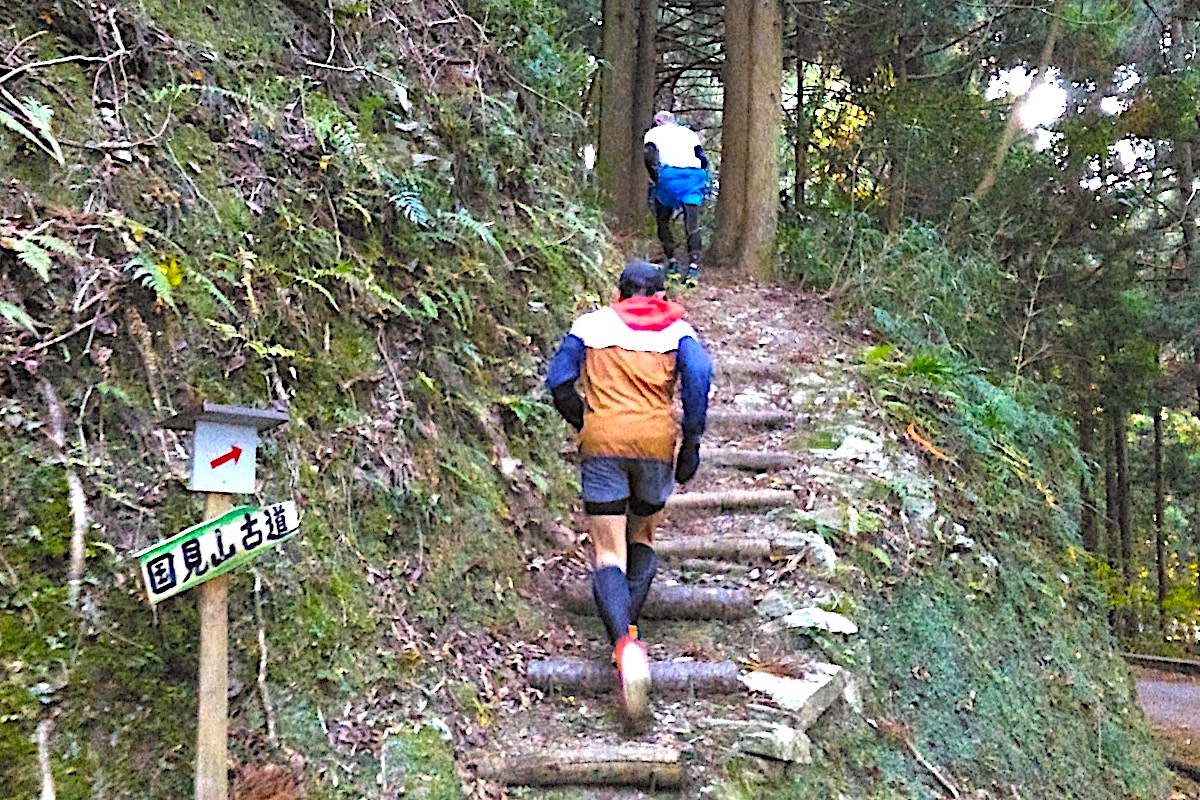 The course then descended from the peak on a different trail which then looped back across the mountain to the main trail with a further 200+ meters of ascent gained along the way. 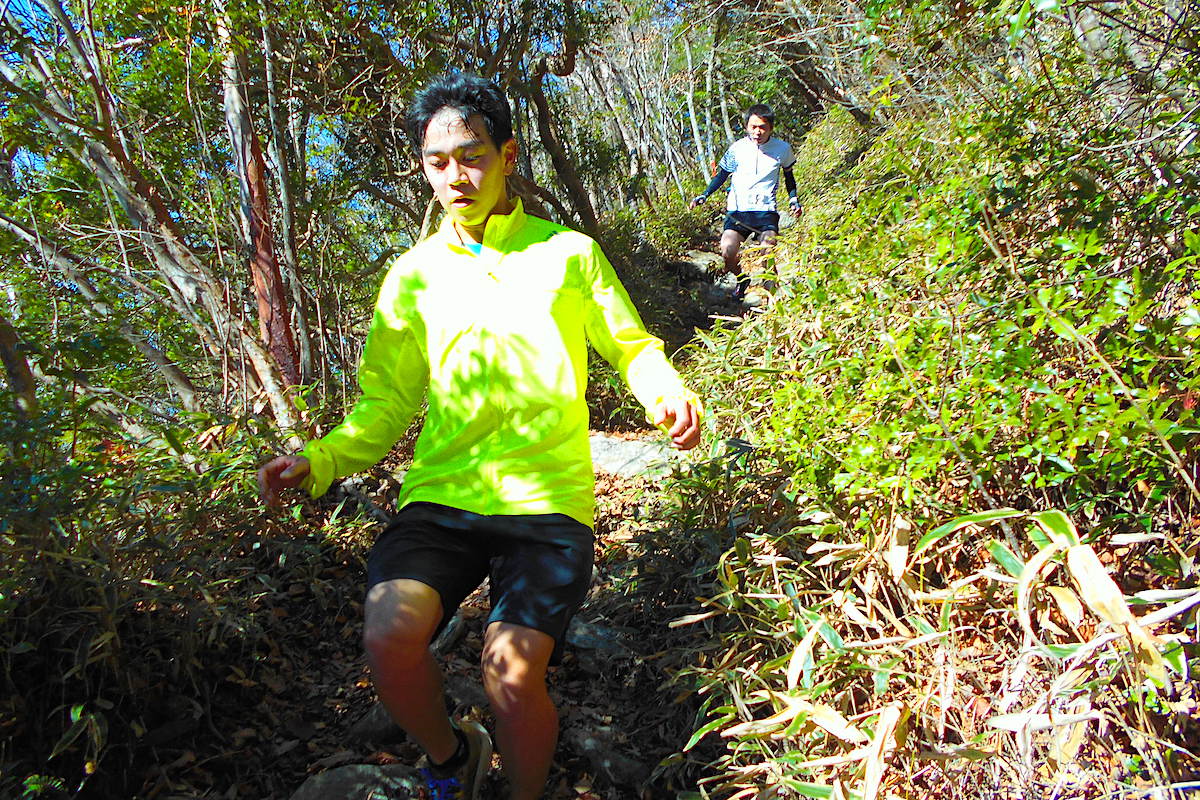 Then, back on the main trail, the course went back down to the goal near JR Oboke Station. All together the course covered 12.8km with a cumulative ascent of 1,436m!

“Usually Skyraces are 20km or more”, explained Dai Matsumoto, who is the head of the JSA, “but the Oboke-Kunimi course is so steep that only 12km will be quite a challenge for everyone.” 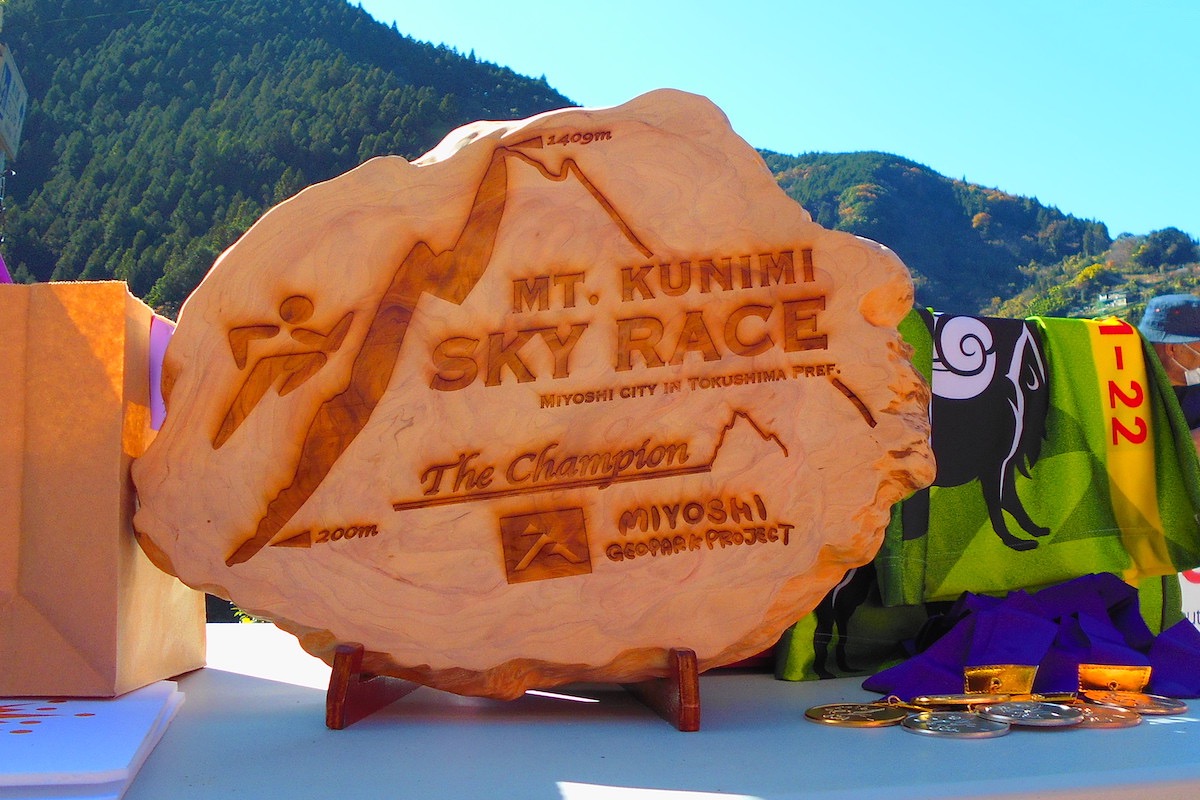 At the start of the event various festivities were held. First was a Shinto ceremony wishing for safety for everyone as they scaled this venerable mountain. 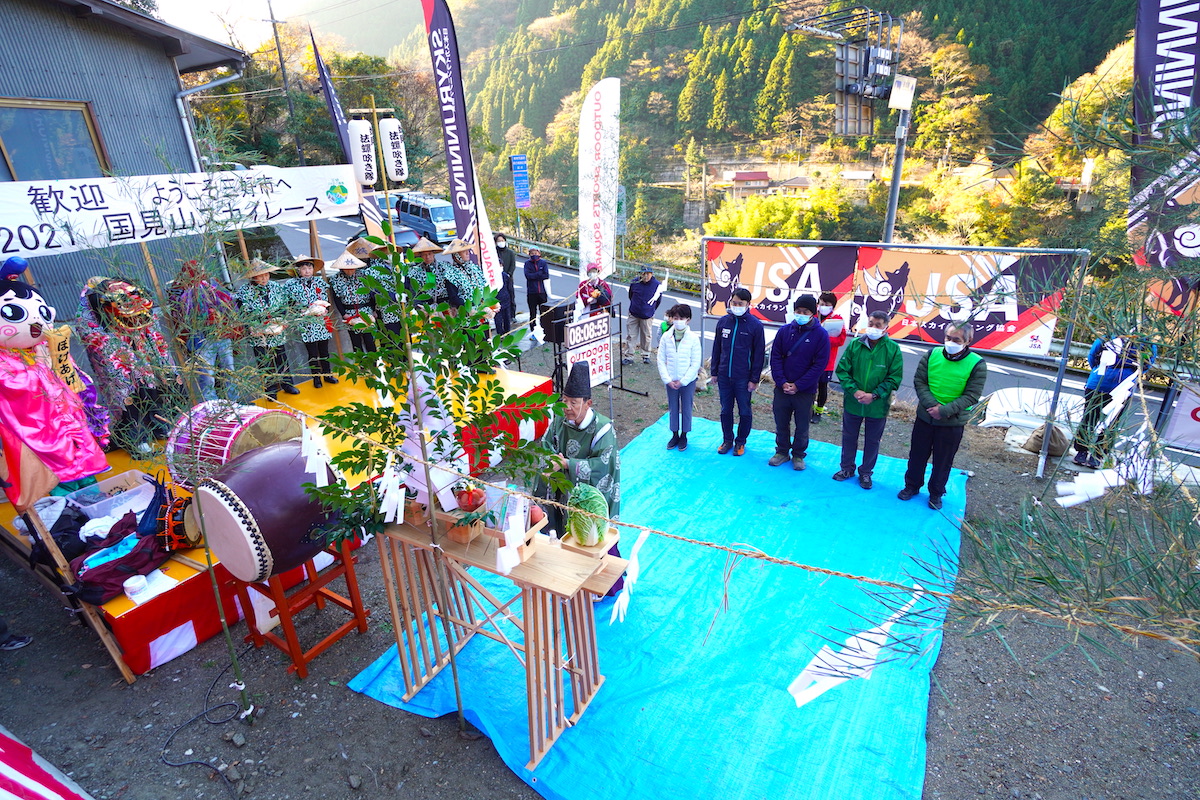 Next, several local people performed in costumes, welcoming all the participants who came from far and wide, and showing how proud they were to be the hosts to this event.

“I live here and see Mt. Kunimi everyday, so to have so many people come here for such an event is absolutely wonderful,” exclaimed Yukiko Yamaguchi, who owns the nearby BokeMart store, as she paused for a brief moment from triumphantly blowing her large conch shell. 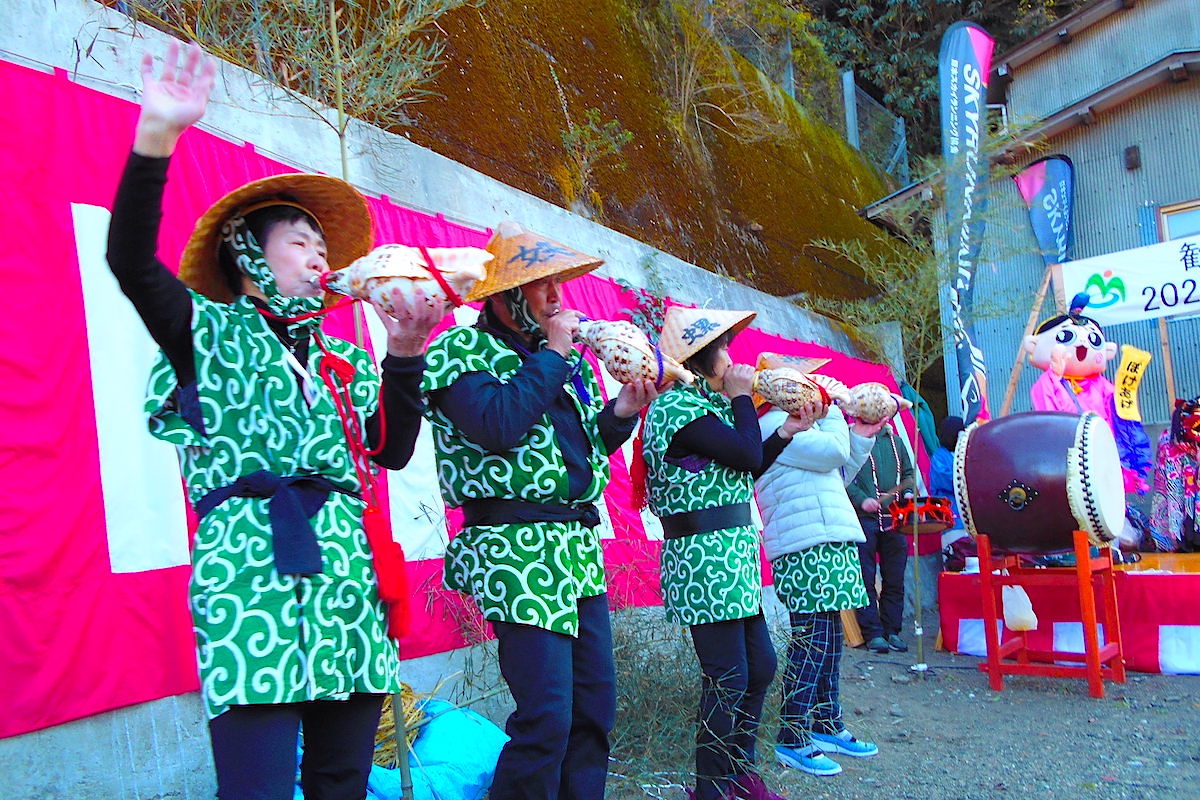 Shikoku Skyrunning Association head Masaaki Sugimoto expressed his gratitude with the lively atmosphere. “It’s great to have so much support from the local people. This welcoming feeling gives the runners even more energy for the race.” 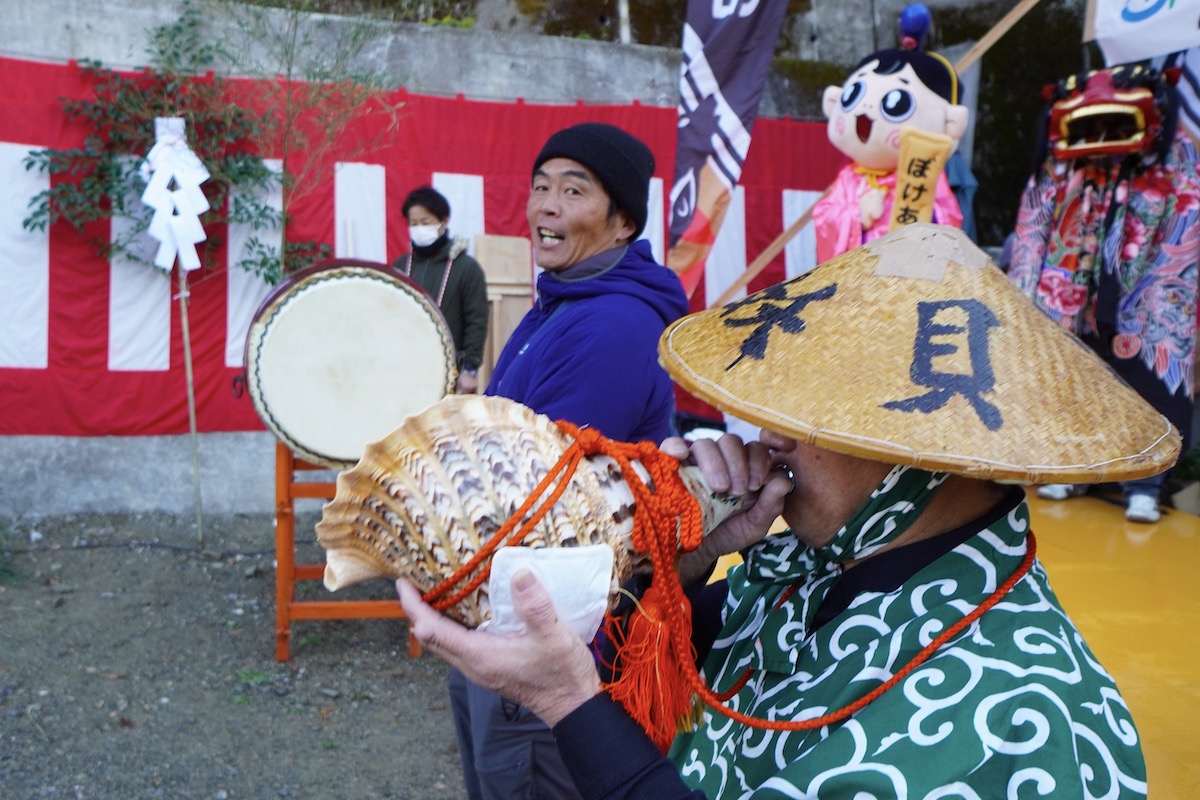 And it wasn’t only the neighborhood people who were here to cheer the runners. Miyoshi City mayor Miho Takai also took part in then opening ceremonies. 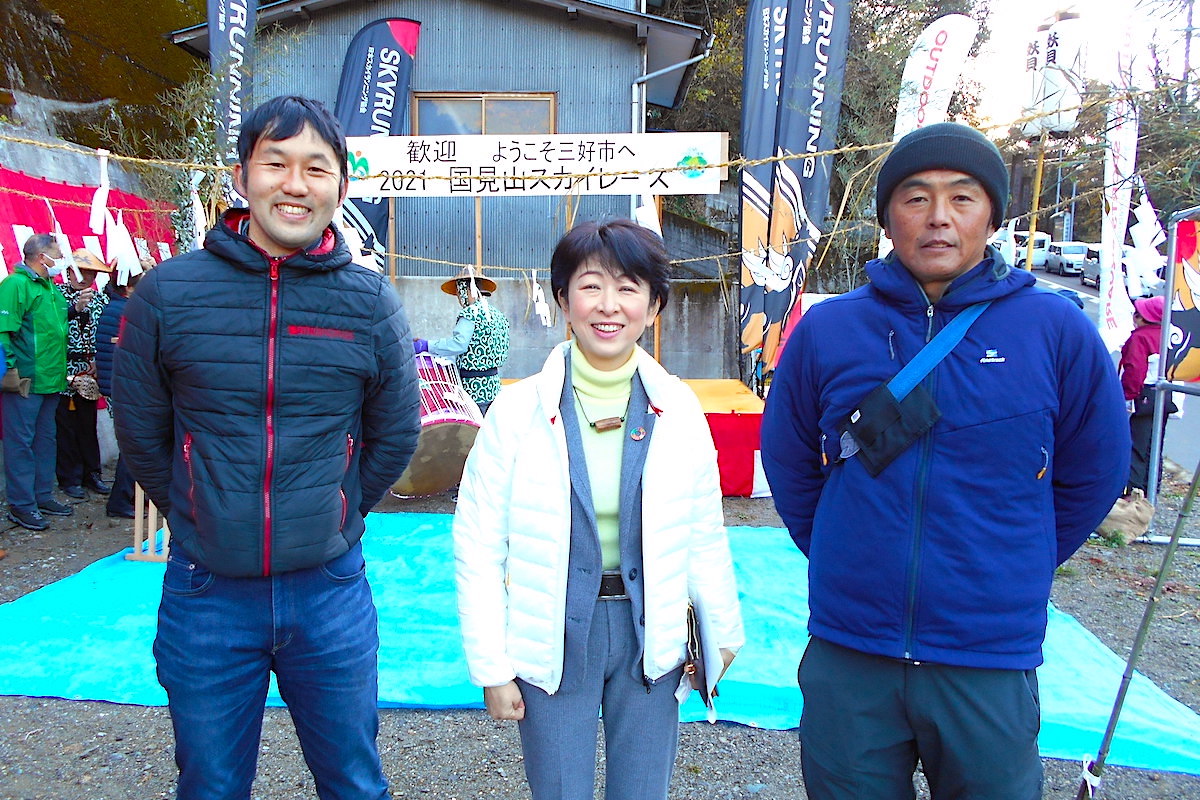 “Miyoshi City has been long known as a place for water sports like rafting and kayaking,” explained mayor Takai, “So I’m particularly happy that our city can now be a place for mountain races as well.”

Anxiousness and excitement filled the air as the runners prepared to start. The women’s division was first, with runners starting every 15 seconds. Drums bang, horns blew, and a couple bonfires raged. One by one the runners too their mark and burst from the starting line. 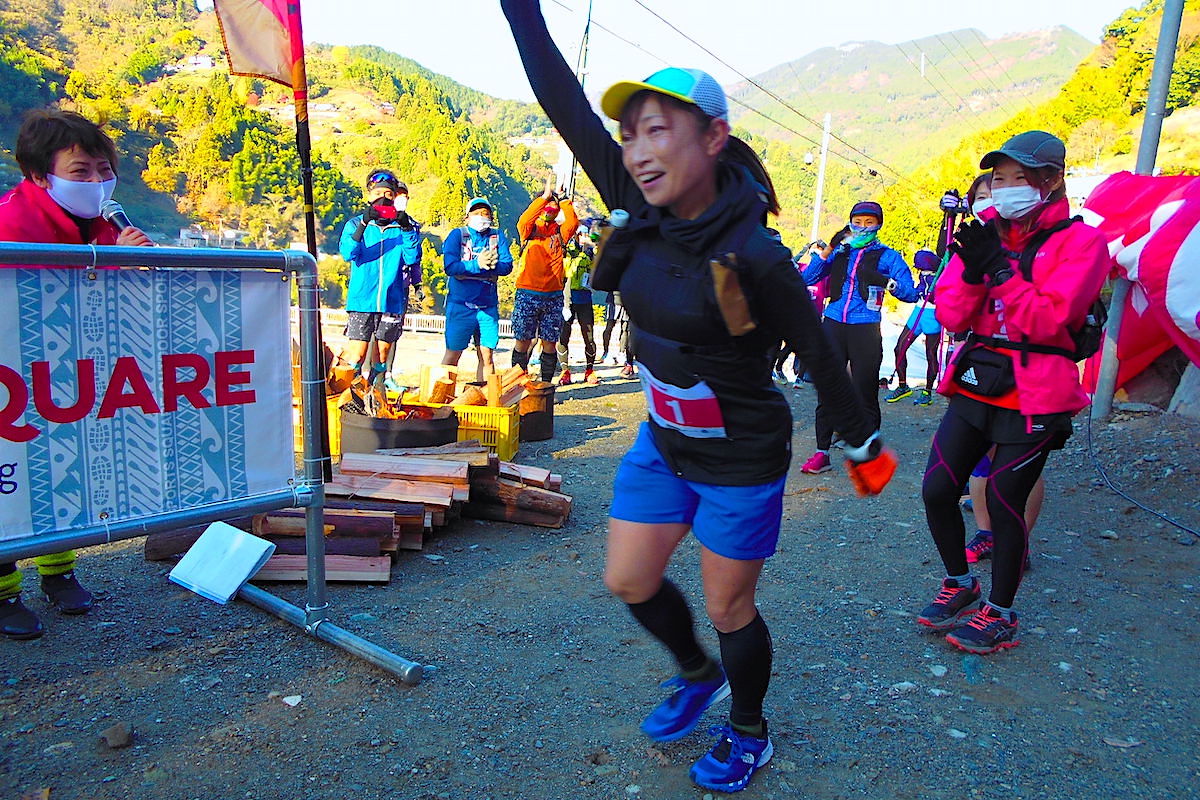 From here the course almost immediately went up a set a of steps that led into the forest. The race was on! 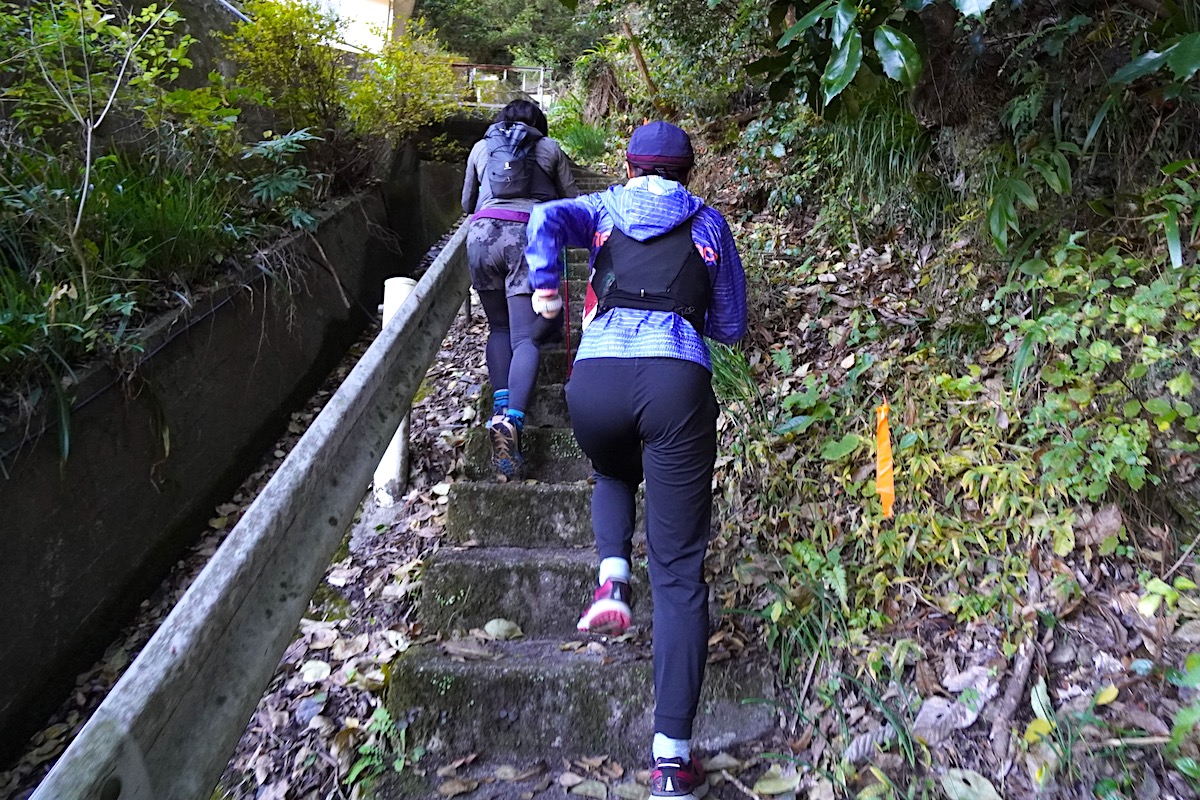 In Part 2 I will give more details about the race as runners passed through different parts of the course.

For more information about Skyrunning Events, check the Associations webpages: