Both rare and spectacular, the natural phenomenon called the “Sea of Clouds” (“unkai” in Japanese) occurs when early morning fog settles into a valley and the surrounding mountains peak out like islands. Best viewed around sunrise, two viewpoints upon Miyoshi City’s Mt Kunimi offer a bird’s eye view into the Yoshino River valley, where this wondrous sight often occurs.

The Sea of Clouds phenomenon is not a common sight anywhere in Japan, but the Yoshino River area as it passes through Miyoshi City’s Oboke Gorge offers just the right conditions for this natural wonder to occur here more often than in other valleys.

For the Sea of Clouds (“unkai”) to happen, there must be just the right combination of wind and humidity, as well as for overnight temperatures to fall low enough for it to form. In this regard, early-to-mid spring and mid-to-late autumn provide the best conditions for it to happen, but in the Yoshino River area it can also happen in winter and even in summer sometimes. 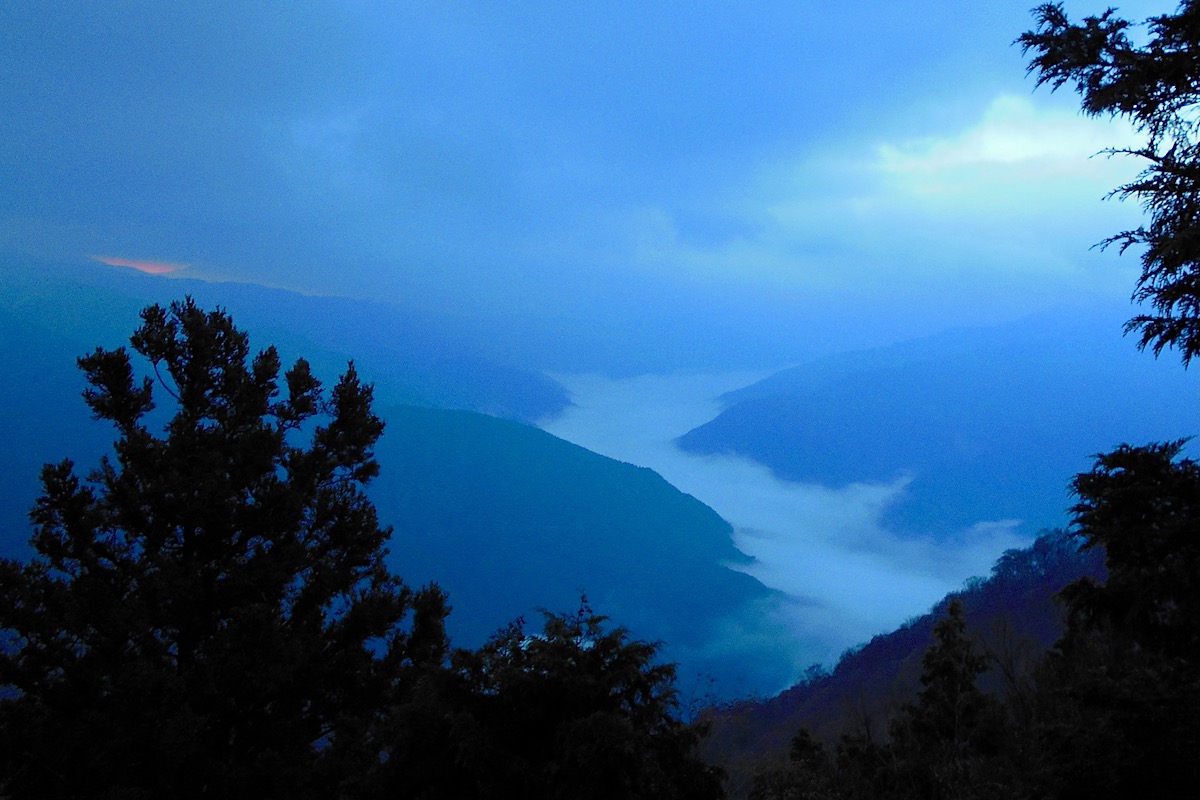 The Sea of Clouds also only occurs around sunrise, if it does so at all, and after the sun has risen it will usually fade off within an hour or so. So getting up early is absolutely necessary.

Another important factor for seeing the Sea of Clouds is to get up high enough in elevation to watch it from above, usually 200-300 meters or more above the bottom of the valley.

Standing 1409 meters tall, Mt Kunimi sits on the border of the Iya Valley and the Oboke Gorge areas of Miyoshi City. Without needing to hike to the summit, there are two places where you can simply drive to that are high up upon the side of Mt. Kunimi which are great for watching the Sea of Clouds. 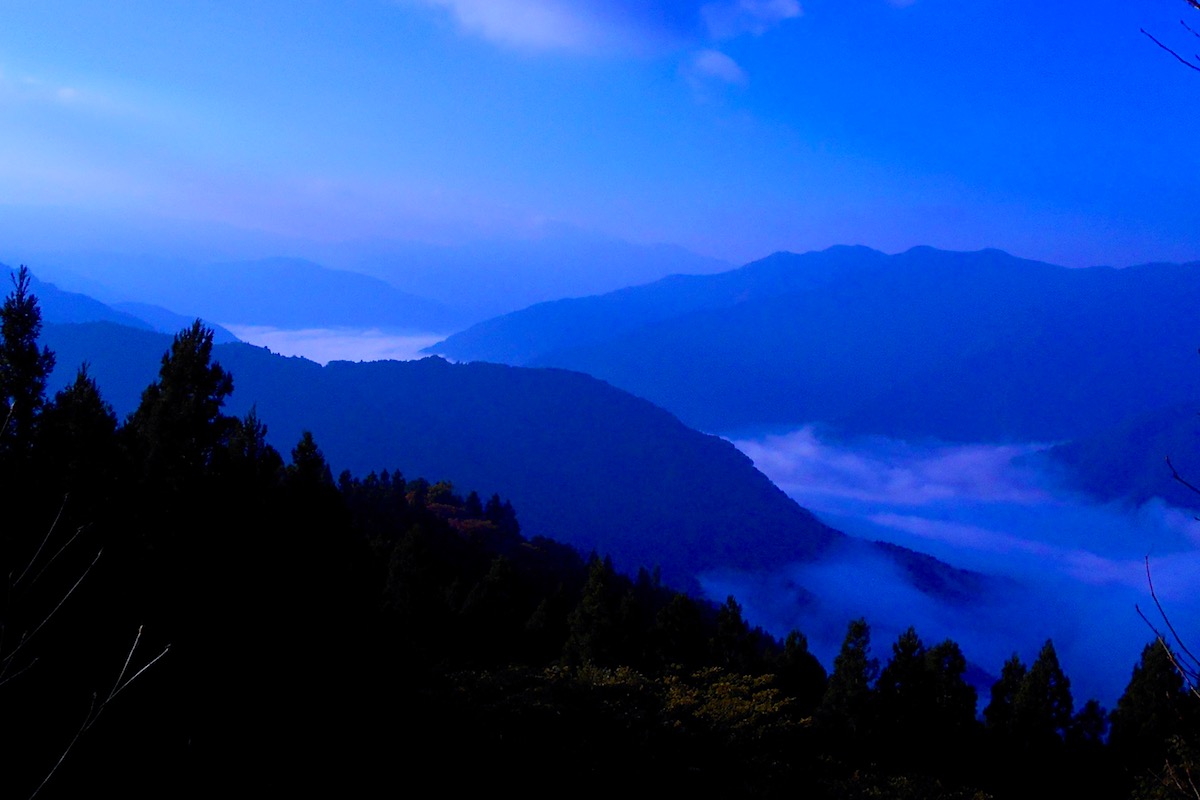 The final 10-15 minutes of the drive is along a narrow but paved logging road that twists and curves somewhat steeply uphill the whole way (full access directions will be given in Part 3 of this article). 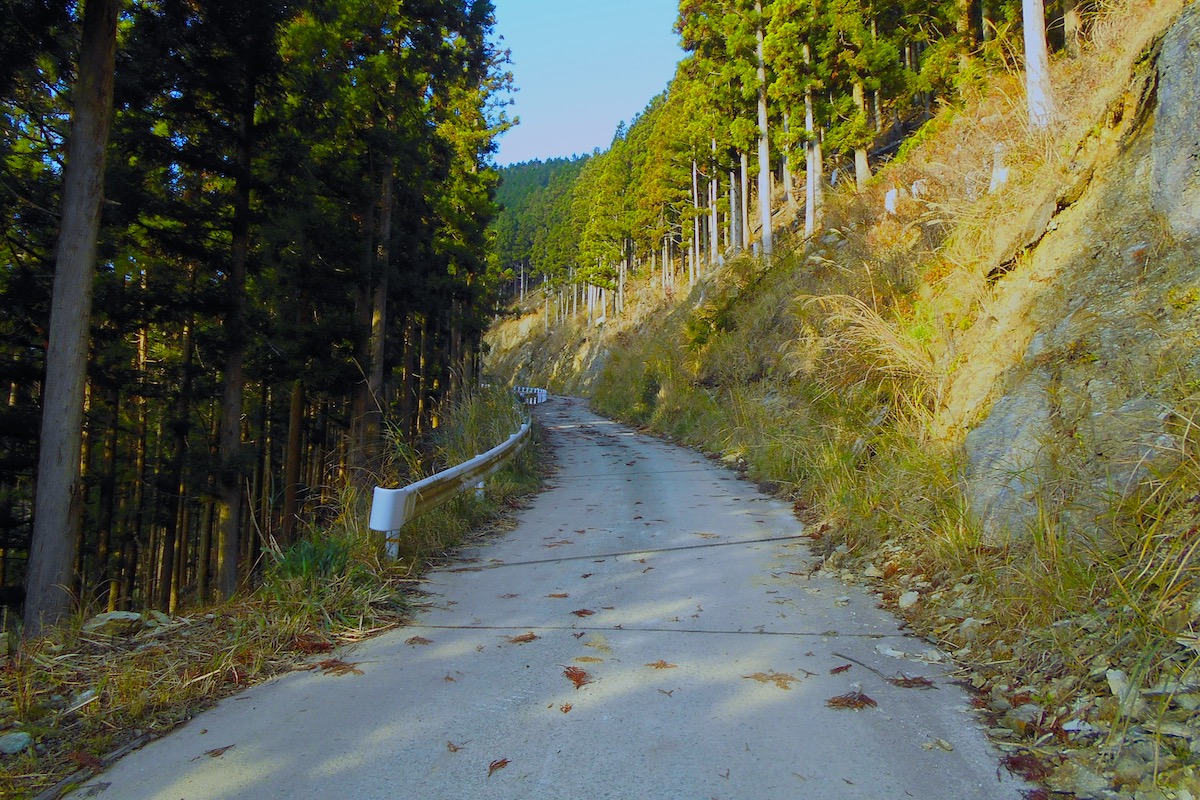 I had begun driving in the pre-dawn darkness, but it was now getting brighter outside when I finally reached the small parking area at the trailhead, and as luck would have it, I could see that the fog was settling in quite nicely this morning. 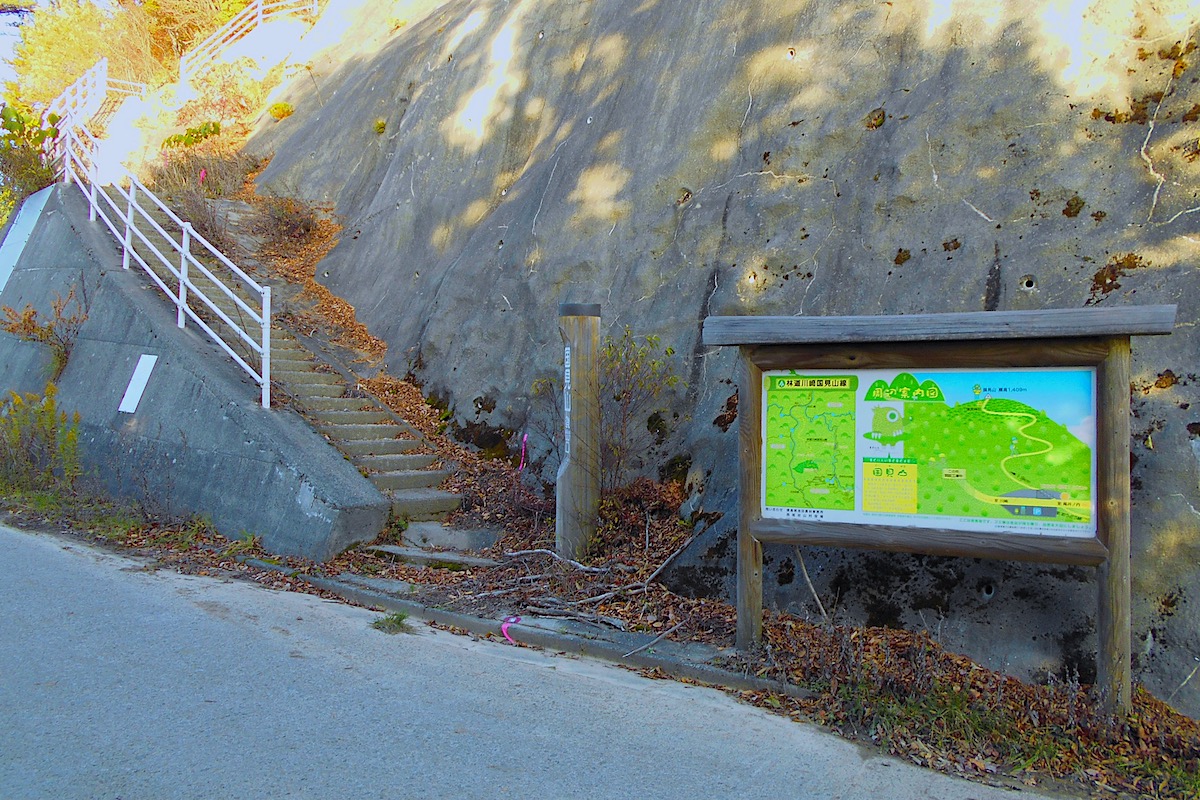 An Awesome View High Above the River

The view from the Kunimi Upper Trailhead is at an altitude of about 1050 meters, and being that the Yoshino River down below is at an elevation of around 150 meters, it means that this point is about 900 meters up.

For sure it was a beautiful sight, and the view of the fog filled valley stretched for over a dozen kilometers southward into neighboring Kochi Prefecture. 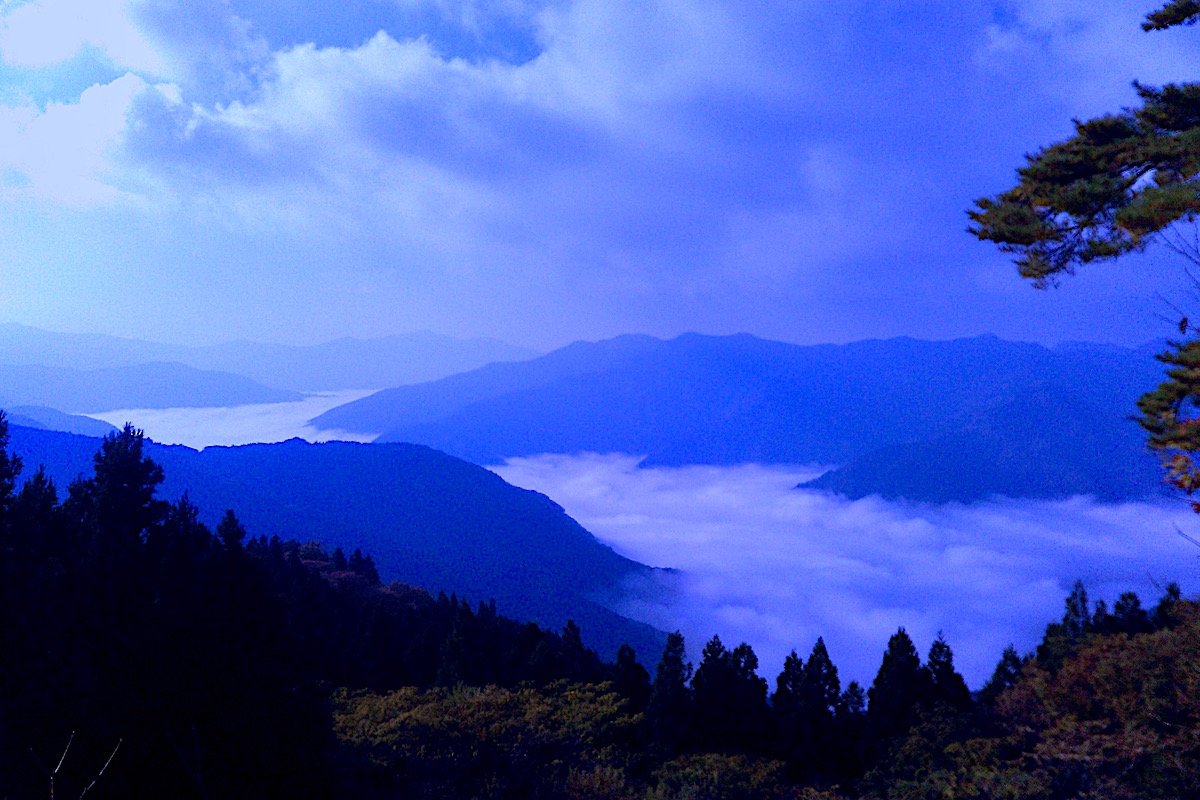 But as the day continued to brighten I could tell that the Sea of Clouds on this day wouldn’t diminish all that quickly, so after watching here for a bit I drove further along the narrow road for another 10 minutes to reach a second, more elusive point to see this magical sight.

In Part 2 I will explain another point on Mt Kunimi for seeing the Sea of Clouds.