The secluded Iya Valley in Tokushima Prefecture is considered to be one of Japan’s “Three Hidden Places”, and autumn is perhaps the perfect season to visit Iya as the valley becomes alight with shades of crimson. The Iya River originates from Mt. Tsurugi, which is the second highest peak in western Japan, then cascades and weaves itself through the valley until it joins with the mighty Yoshino River. Without a doubt, the autumn leaves of the trees that grow on the steep valley slopes are truly spectacular.

The leaves first start to change color from the higher altitude sections around Mt. Tsurugi, and as the season continues, the lower regions gradually change in color as well. This article will explain some of the best places to enjoy the brilliant autumn colors along the Iya River.

1. Be engulfed by autumn leaves at an altitude of about 1000m at the renowned “Oku-Iya Niju Kazurabashi” 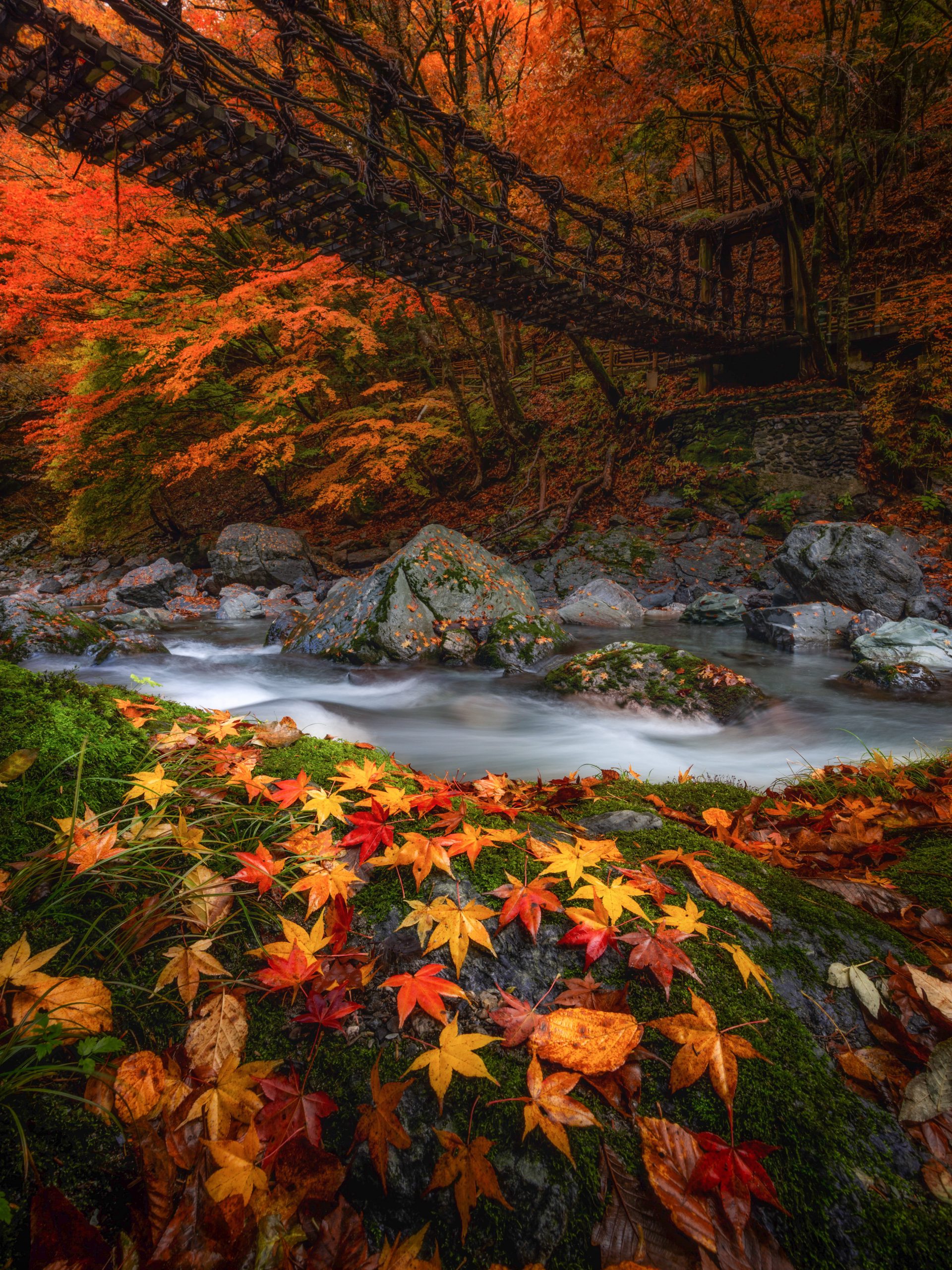 The Oku-Iya Niju Kazurabashi (“Oku-Iya Double Vine Bridges”) are located in the upper reaches of the Iya Valley at an altitude of around 1000m. The two vine bridges here are referred to a male and female set, and the autumn colors surrounding them as they span the clear waters of the Iya River are stunning. The bridges also lead to a wonderful campsite on the opposite side of the river, and to camp here among the colorful leaves is a sensational experience.

2. Enjoy the local autumn scenery of Japan amongst the colors at “Kakashi-no-Sato” 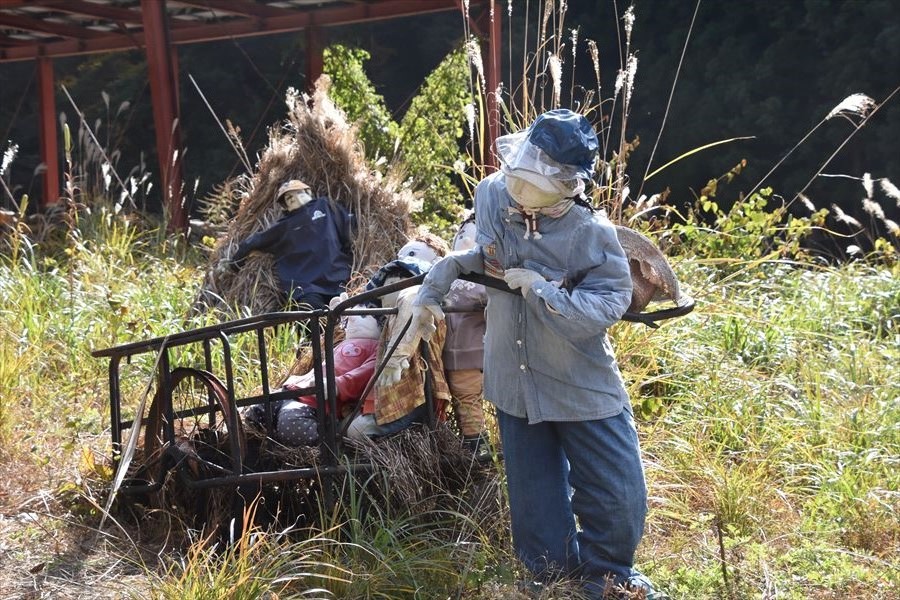 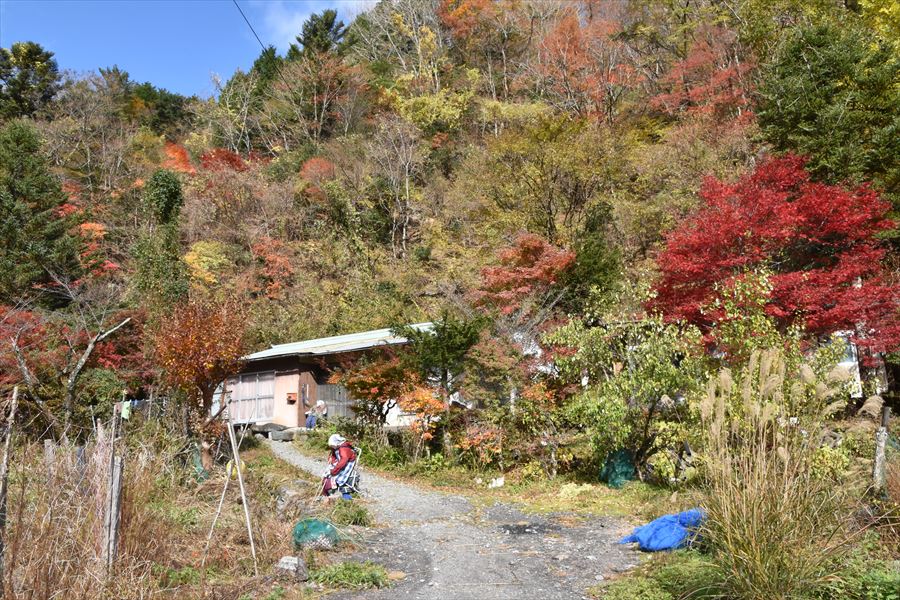 The village of Nagoro in Higashi-Iya is famously also known as “Kakashi-no-Sato” (“The Scarecrow Village”), and here you can see hundreds of life-sized scarecrows which far outnumber the resident population. In the autumn, the surrounding mountains turn red with color and further enhance the quirkiness of the Scarecrow Village. Located at an altitude of about 900m, autumn arrives early here, and the place also takes the nickname of “The Village in the Sky” due to its high elevation. For sure, you can enjoy the spectacle of both the autumn colors and Iya’s local charm at this delightful little village.

The Village in the Sky・Kakashi-no-Sato

3. Relish in the autumn splendor while above the Iya River at “Ryugugake Park” 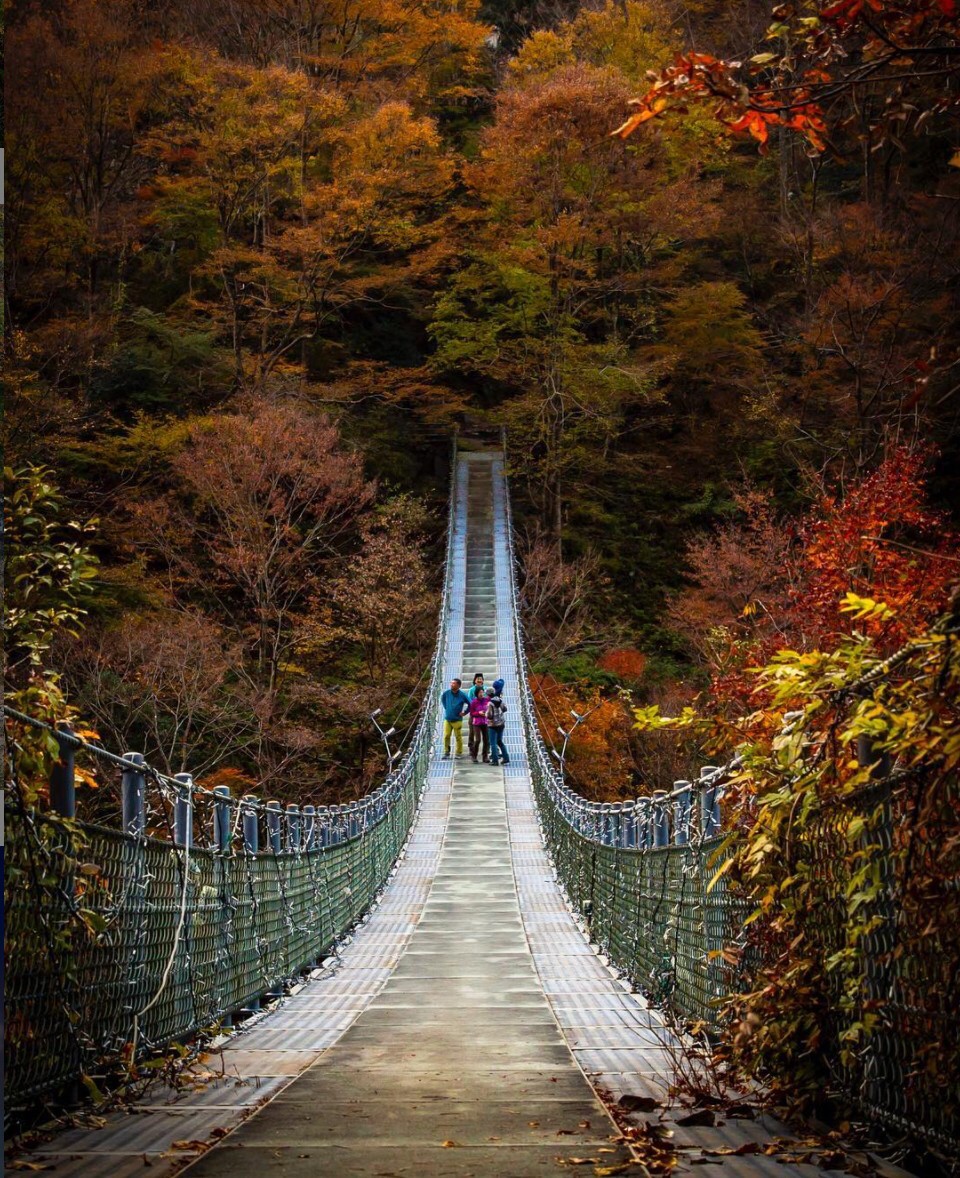 At Ryugugake Park there is a wonderful suspension footbridge that hangs 60m above the Iya River. The views of either side of the bridge are amazing, and it is possible to see the river from above particularly well, as if you are walking in the air. Though people with a fear of heights may not wish to walk across the bridge, the scenery of the deep valley is still very much worth seeing even without crossing. 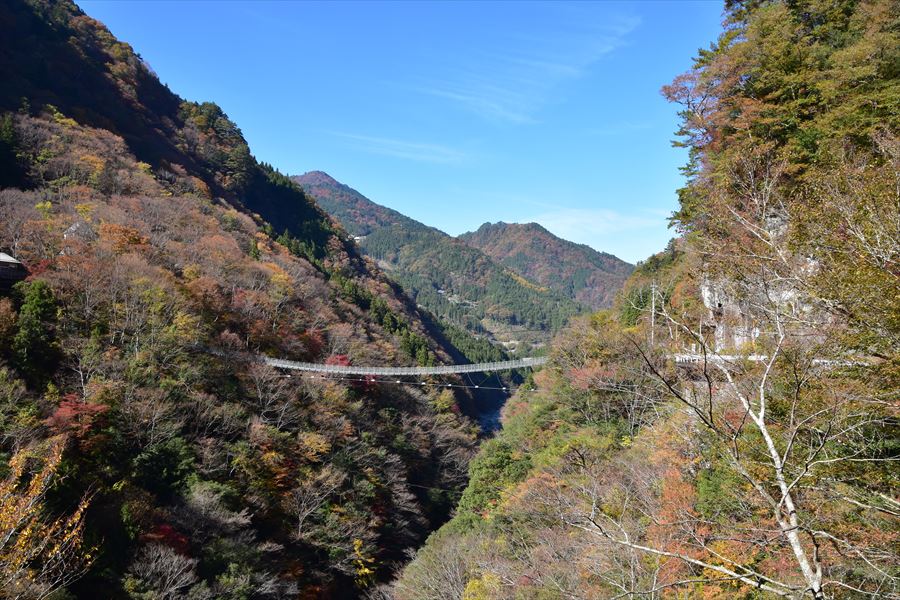 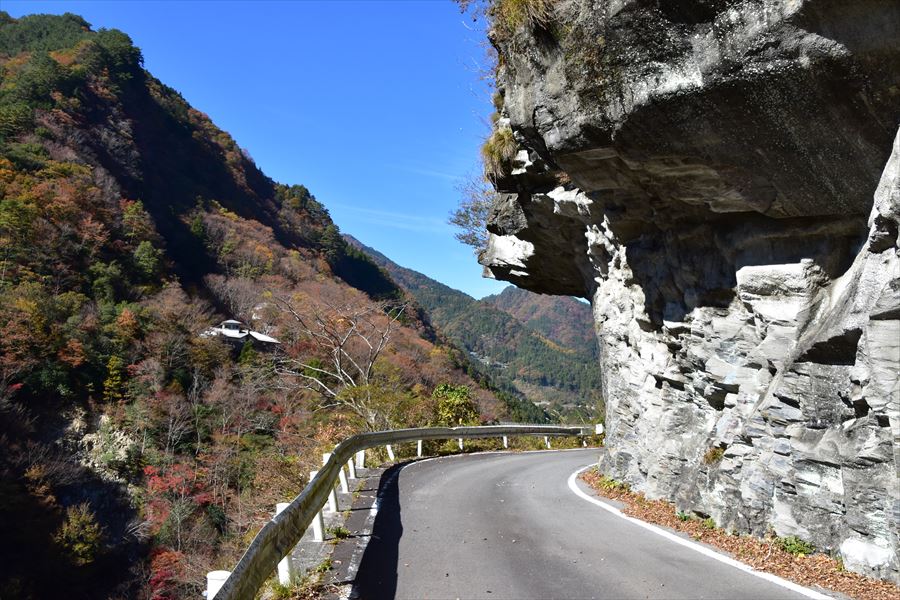 Also here is the original road through the Iya Valley that hugs along the edges of the breathtaking cliffs. Nowadays few cars go by since a bypass tunnel has been built, but it is still possible to come and experience this thrilling remnant of the old Iya Highway. This section of road is also known locally as “Manpu”, which translates as “Ten-Thousand Men”, since this is supposedly what it took to carve the road into the vertical rock-face here decades ago.