With its collection of thatched roof farmhouses, stone-lined walking paths, and terraced farm plots that climb up the mountainside, Ochiai Village is an enduring example of a traditional Iya Valley hamlet.

For anyone who has traveled around Japan, they will certainly know that the country is a land full of mountains. Actually, over 70% of the country is made up of mountains, and due to the steep inclines, inaccessibility, and other difficulties such places harbor, these areas are considered essentially uninhabitable (hence why most Japanese cities seem so densely packed).

And while the Japanese countryside may seem full of sprawling farms, it is quickly obvious that people have generally only settled in the broad, flat areas right up to the edge of the mountains, leaving the hillsides beyond undeveloped and full of thick forests.

However, this is not the case in the remote Iya Valley of Tokushima Prefecture’s Miyoshi City, and it is one reason why this is such a unique place. 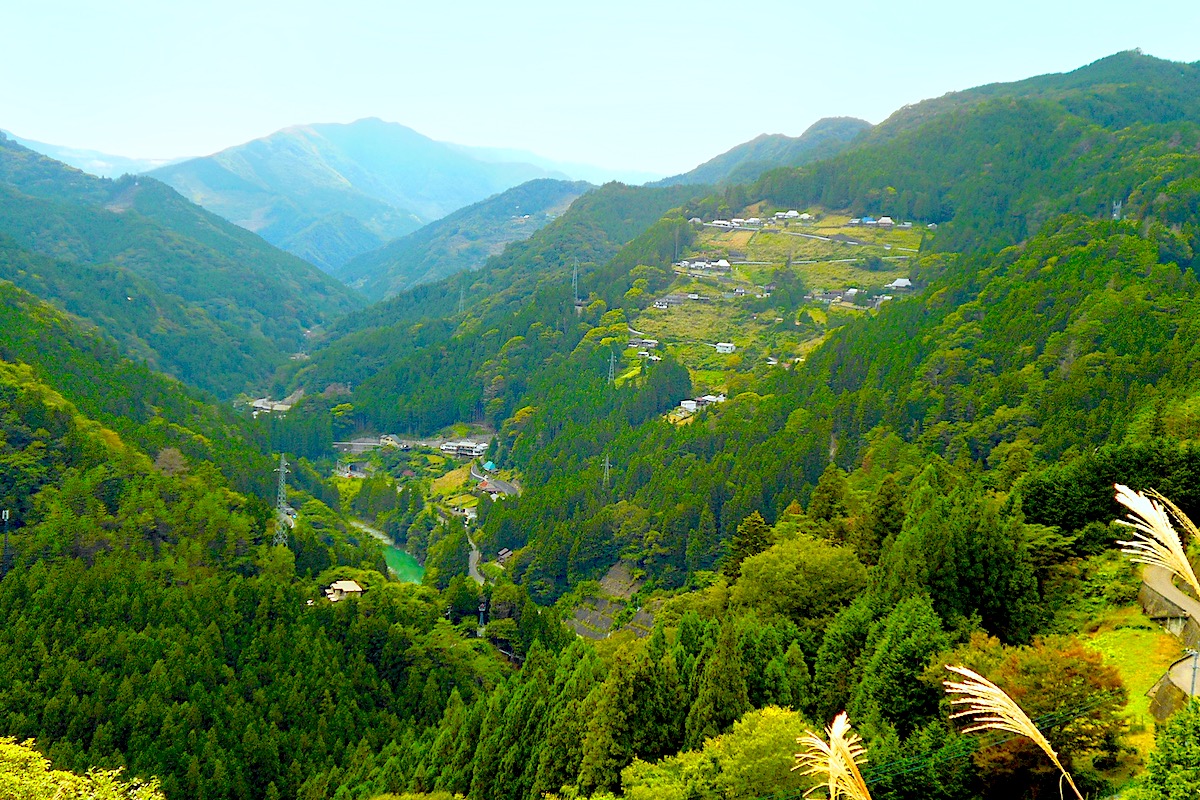 In Iya there are no flat areas, and the steep mountains descend right to the river’s edge. And yet, unlike the rest of Japan where such areas are deemed too difficult to live, the Iya Valley is a unique exception, and the mountainsides of the valley are covered with dozens upon dozens of rambling villages. 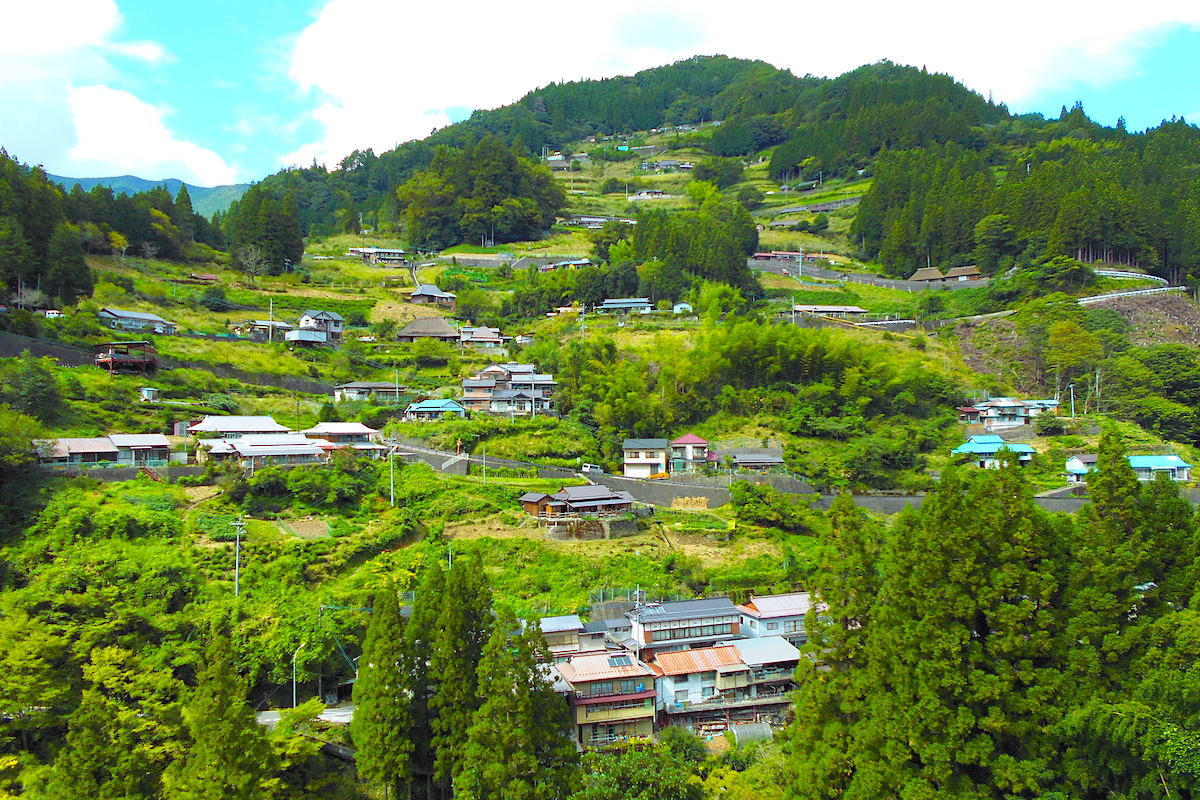 Most of these villages date back over a thousand years, and the roads into the area were built within the still living memory of the elderly residents. Only within the past several decades, after the main road through the valley was completed, have people begun living down closer to the riverside. But up in the hillside villages of the Iya Valley is where the majority of people continue to live.

A place lost in time

Perhaps one of the best examples of a traditional Iya Village, and probably one of the biggest settlements in Iya, is the village of Ochiai, located deep in the heart of the valley in Higashi-Iya (East Iya). 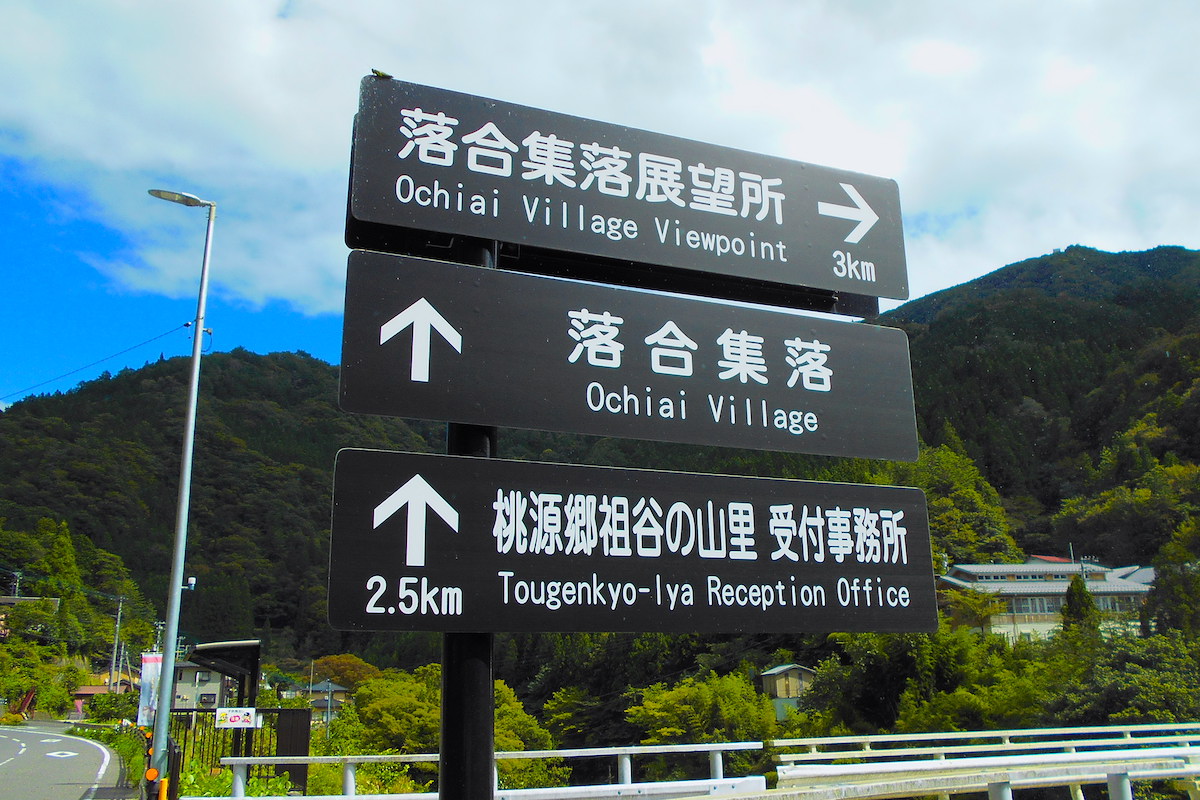 Due to its assemblage of thatched roof farmhouses, many of which date back well over a hundred years, in 2006 Ochiai was designated by the Japanese government as a Nationally Important Preservation District for Groups of Traditional Buildings.

The village itself extends 390 meters vertically from bottom to top, and in between amongst the historic homes is a web of winding footpaths, rock walls, and terraced farming plots. 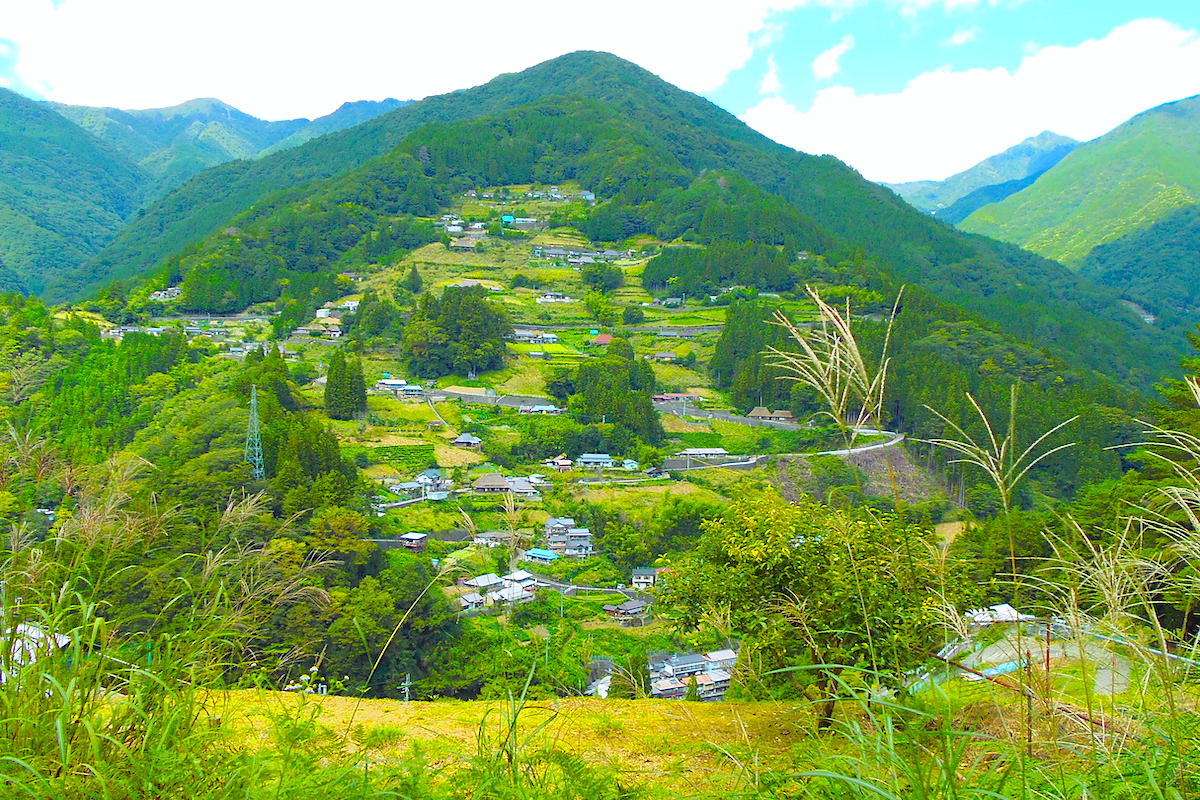 The best place to take in the panorama of Ochiai itself would be on the opposite side of the valley in the village of Nakaue, where a well situated viewpoint platform has been constructed. 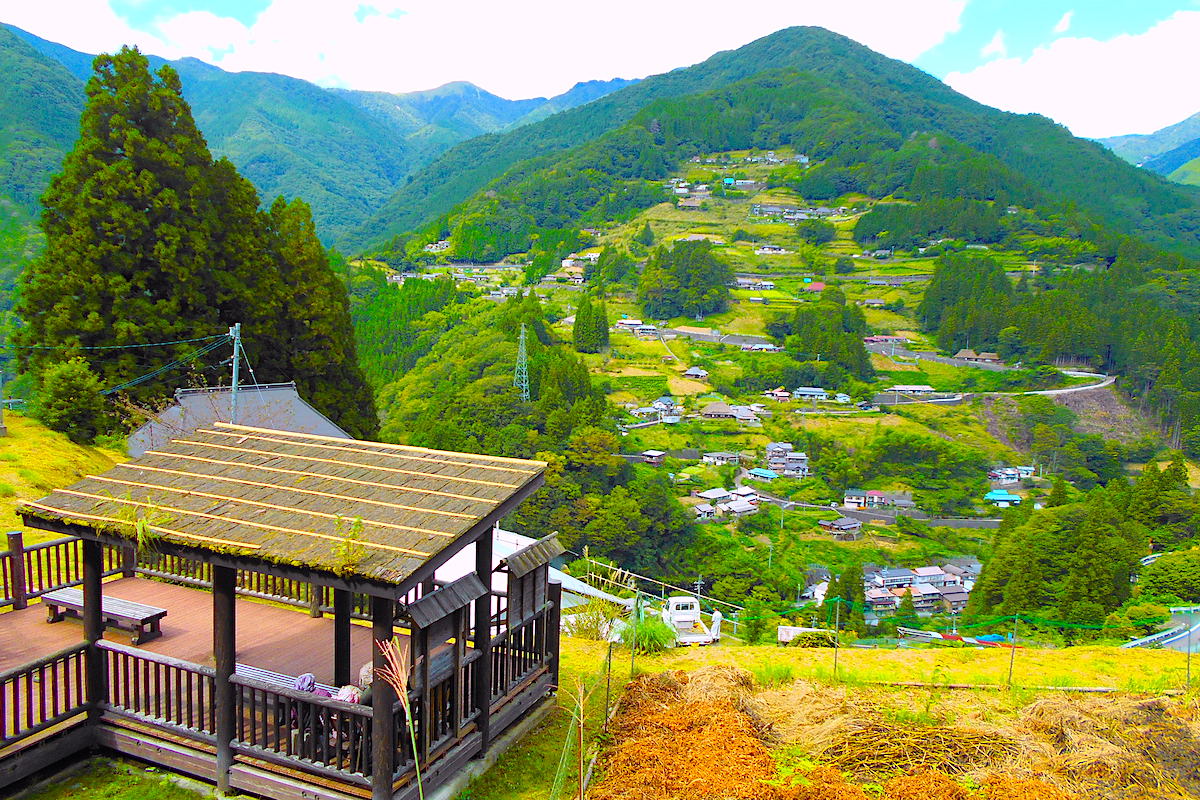 With benches, some descriptive info about Ochiai, and a set of modern toilets, this viewpoint is open all year and provides a wonderful all-encompassing view of Ochiai and the surrounding mountains. 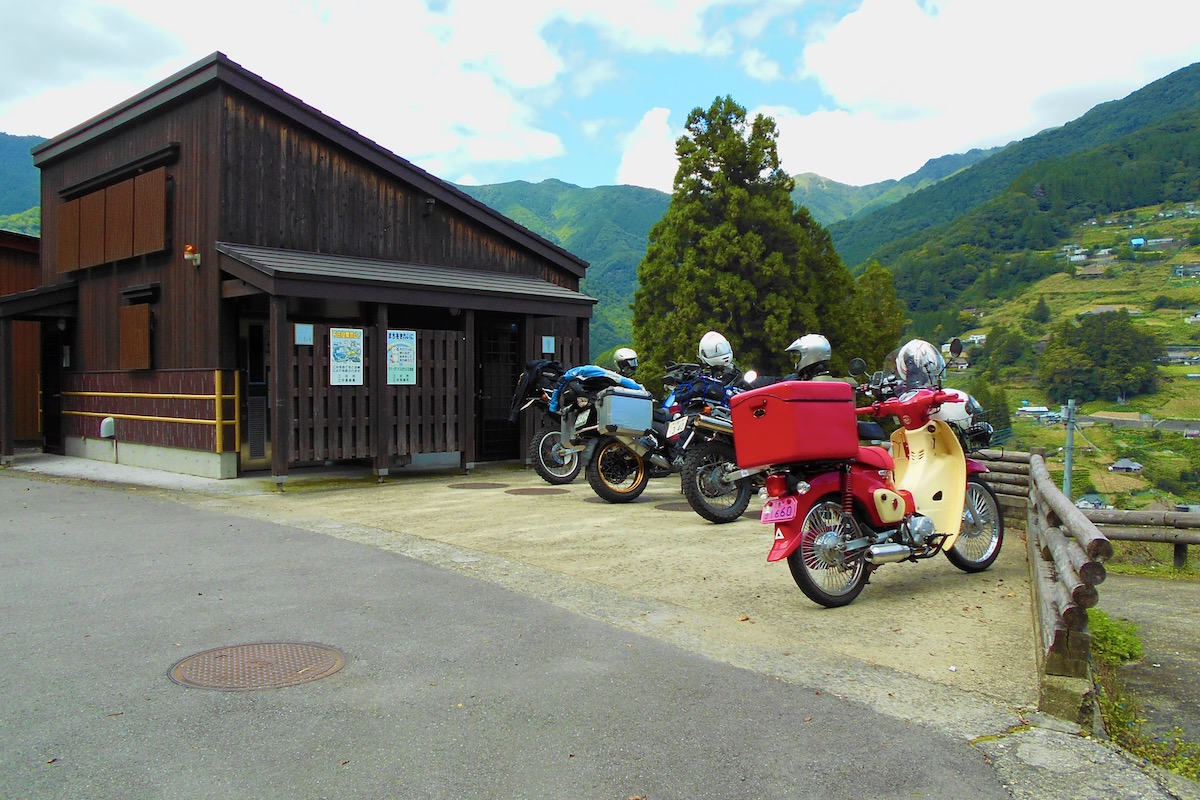 Every season offers a different way to see the village, from the stark, snowy beauty of the winter, to the lush, vibrant intensity of the summer. Autumn is also a particularly lovely time to visit, with the leaves changing color from late October up to mid-November. 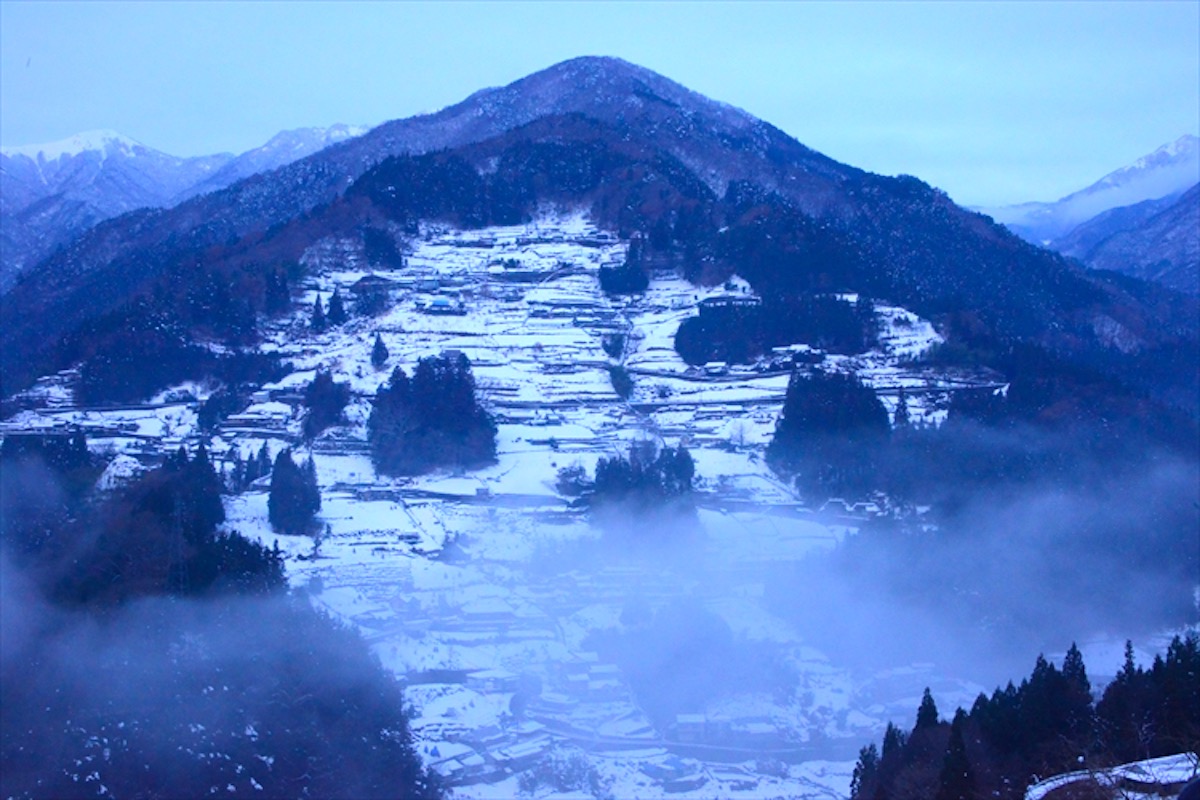 In parts 2 and 3 we will go into Ochiai to detail some of the interesting aspects of village life, and also explain more about the thatched roof farmhouses and how it is possible for visitors to stay in many of them overnight.

For more information about Ochiai Village and how to access, check the Ochiai page on the IyaTime website: