After a peaceful night’s sleep, I awoke in the morning to an utterly calm atmosphere. The sun was just coming out, but it would still be a couple hours until it would rise high enough over the mountains to shine through the dense forest into the campground.

I brewed a cup of coffee with my South East Asian style filter, which is essentially stainless steel wire that loops into a small sock into which coffee is put and you simply dunk in a cup of boiled water. 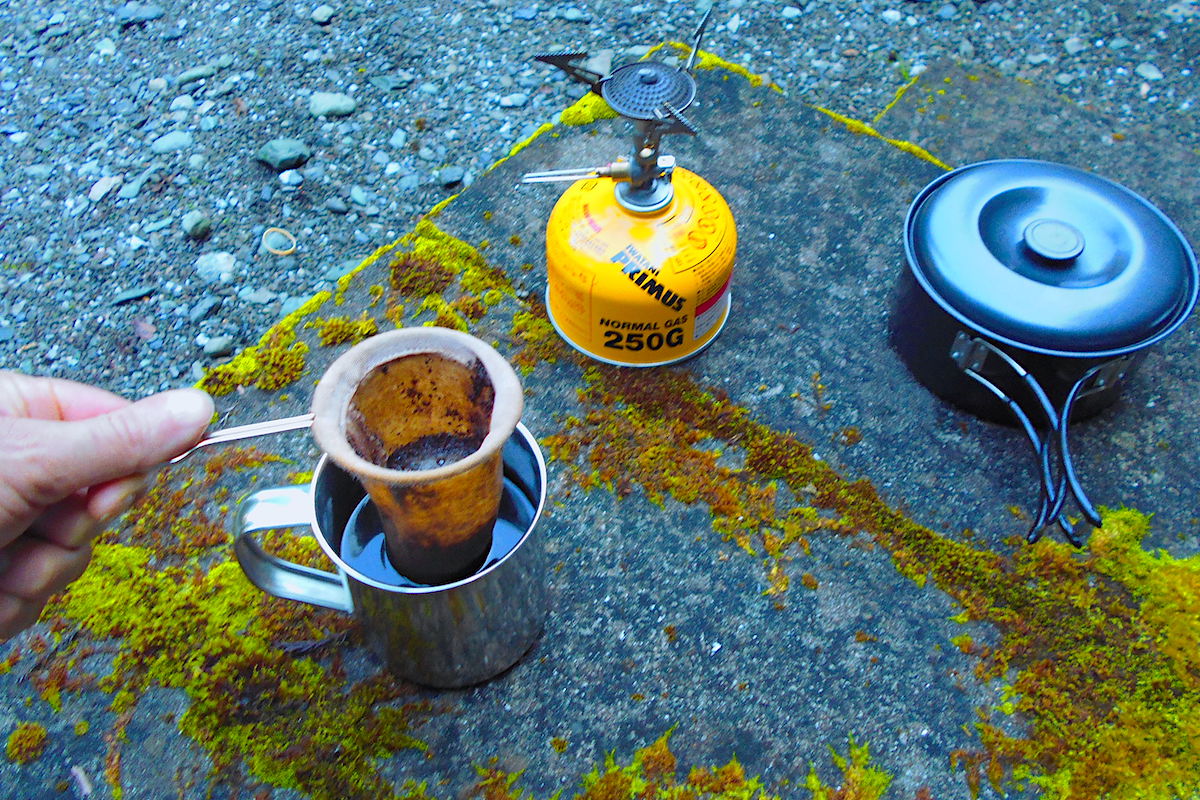 It was still well before any visitors or staff had arrived, so I had the whole place to myself. I took my fresh brew down to the inviting river in order to properly enjoy the natural serenity. 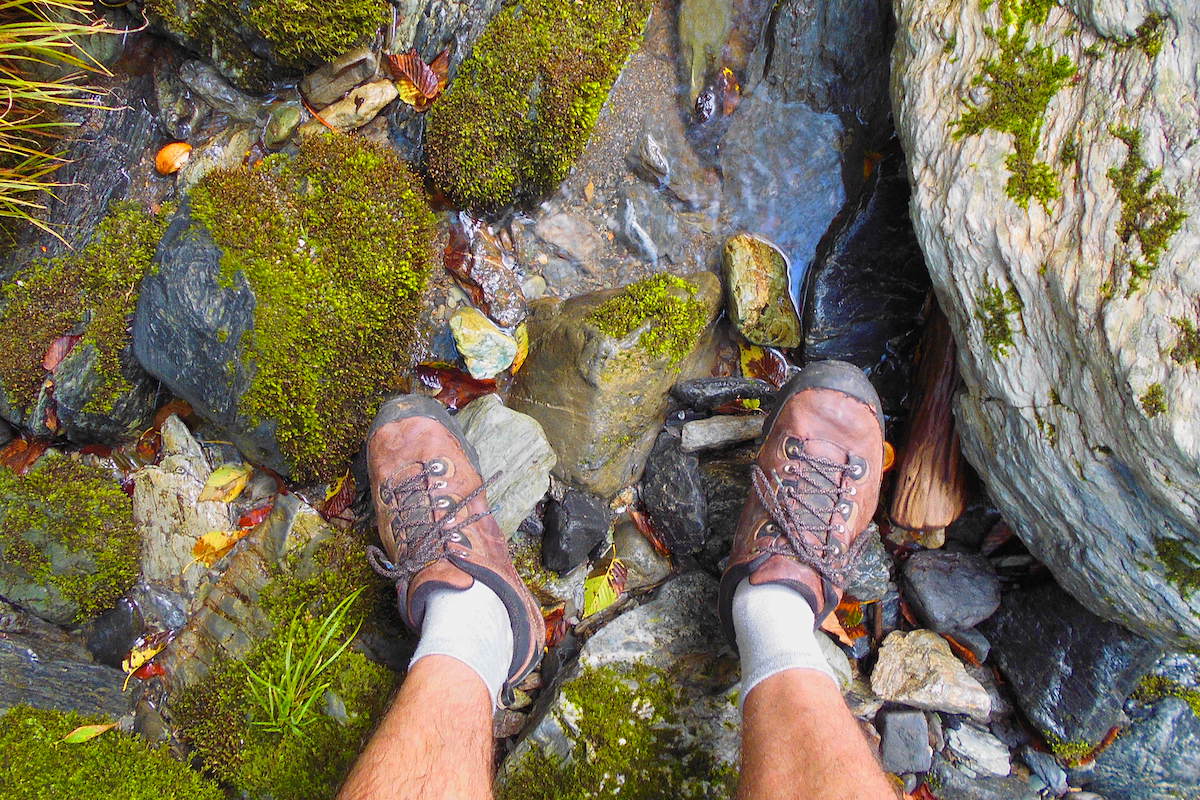 Feeling hungry, I went back up to make some breakfast where again, I opted with having a taste of the Iya Valley for my meal.

Recently developed by the Higashi-Iya Millet Production Association, I cooked up some pancakes that were made with flour from locally grown “yatsumata” millet. Varieties of millet have a long history in the Iya Valley, and in recent years millet has been recognized around the world as a “super food”. 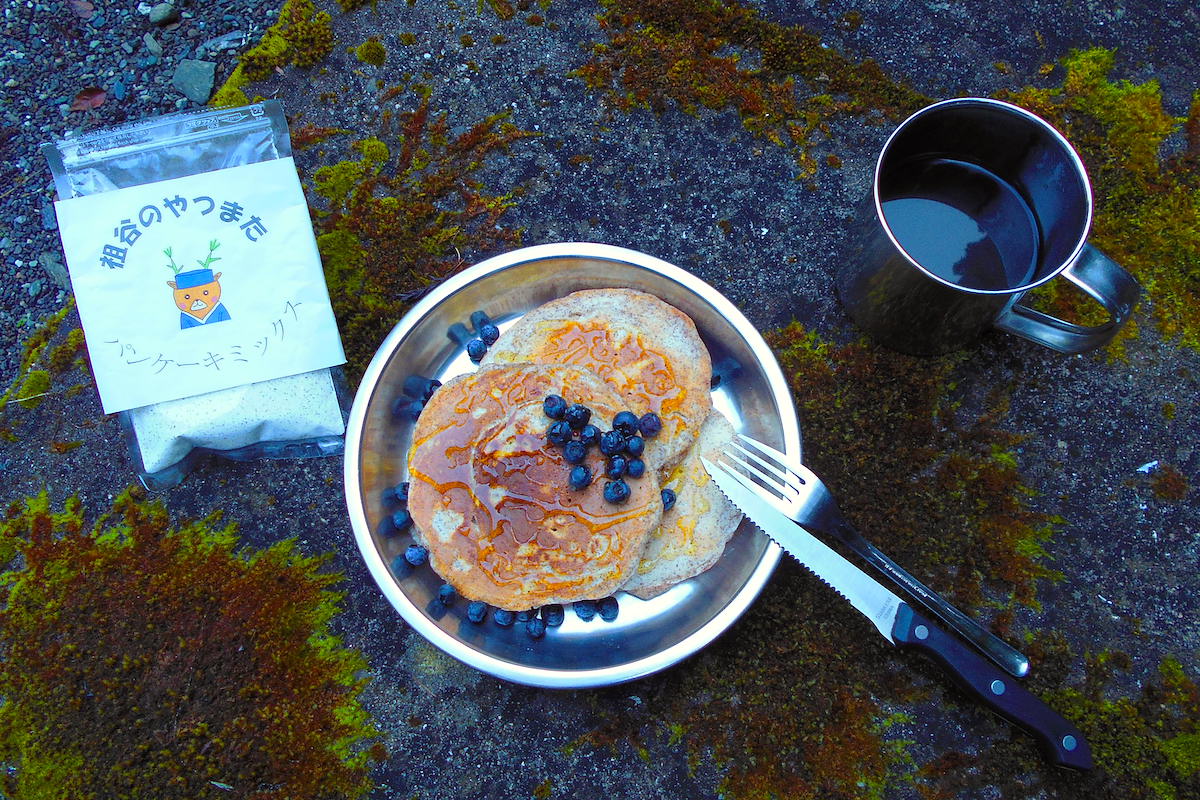 The mix was more than enough for several pancakes, and along with some honey and blueberries, the robust, hearty flavor of the whole-grain hotcakes was a perfect compliment for the rustic camping environment.

After breakfast I set off on a hike deep into the mountains by taking a trail that leads out from the exit of the Male Bridge and goes to Mt. Maruishi. The hike can be divided into 3 parts, and unless you are an experienced hiker (and better if you are not alone), then you should probably only consider the first section of this hike.

Though the first part of the trail along here isn’t as smooth as the other nature trail (as explained in Part 2), it isn’t too rough. However, it probably isn’t suitable for young children. But for sure, the “forest bathing” views in here are absolutely splendid as it follows the cascading river far into the forest. Just about anywhere along here would be a wonderful spot for a swim. 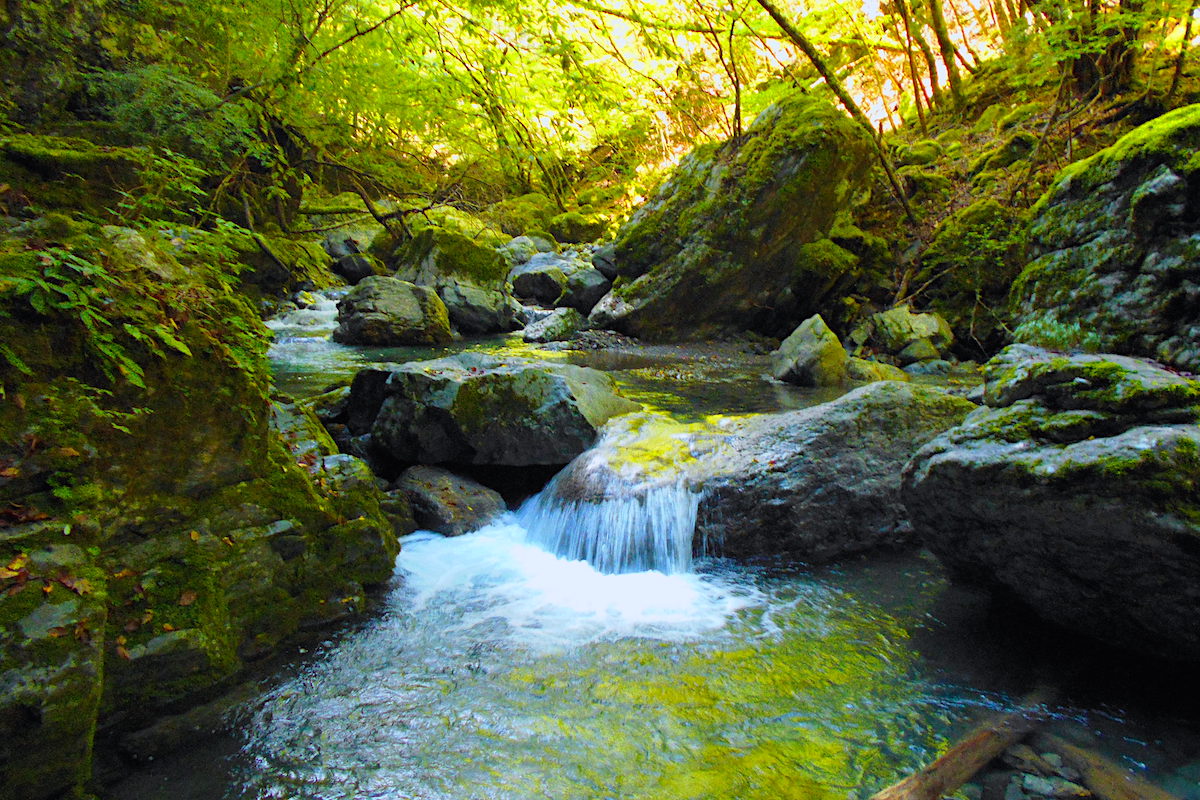 About 30 minutes in is the Kokutai-bashi Bridge, and after here the second part of the trail becomes rather steep and pretty rough, so you may want to turn back, especially if alone and/or inexperienced. 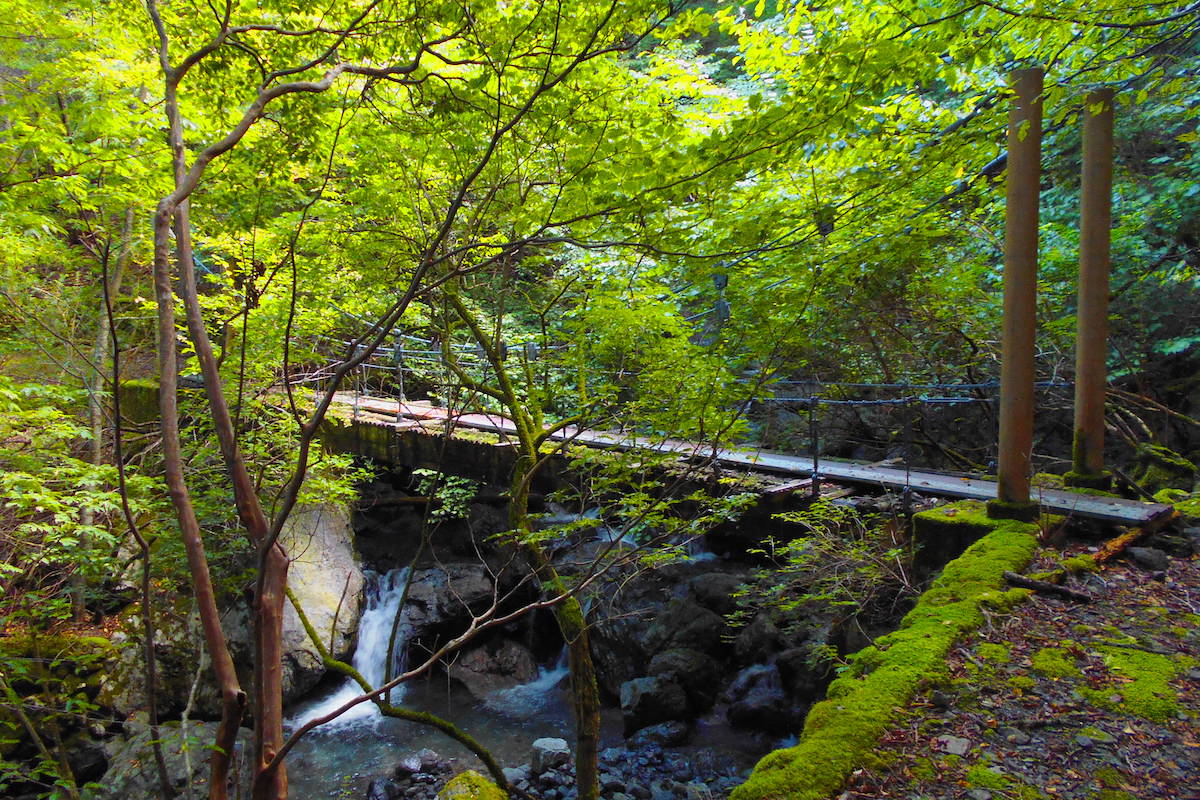 For the next 80 or 90 minutes the trail zig and zags unceasingly up the mountain side and there are not many markers on the trees, so it can often be hard to follow. If attempting this next part, do not go in bad weather and be sure to bring enough water. 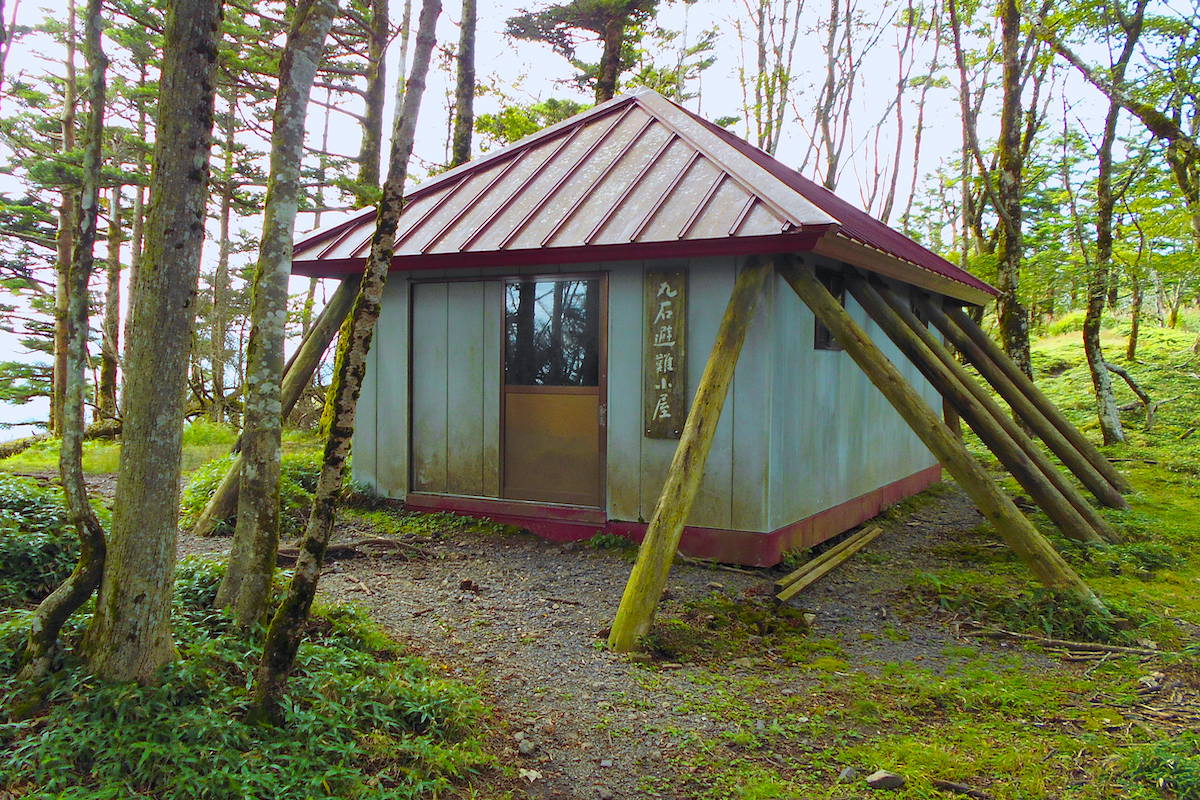 At the top of the ridge is the small Maruishi emergency shelter hut, which is OK for basic camping, but there is no water or toilet here.

From here, the third part of the trail goes along the more level ridge for another 30 minutes to the 1683 meter summit of Mt. Maruishi, which offers a spectacular panoramic view of Mt. Jirogyu and Mt. Tsurugi. 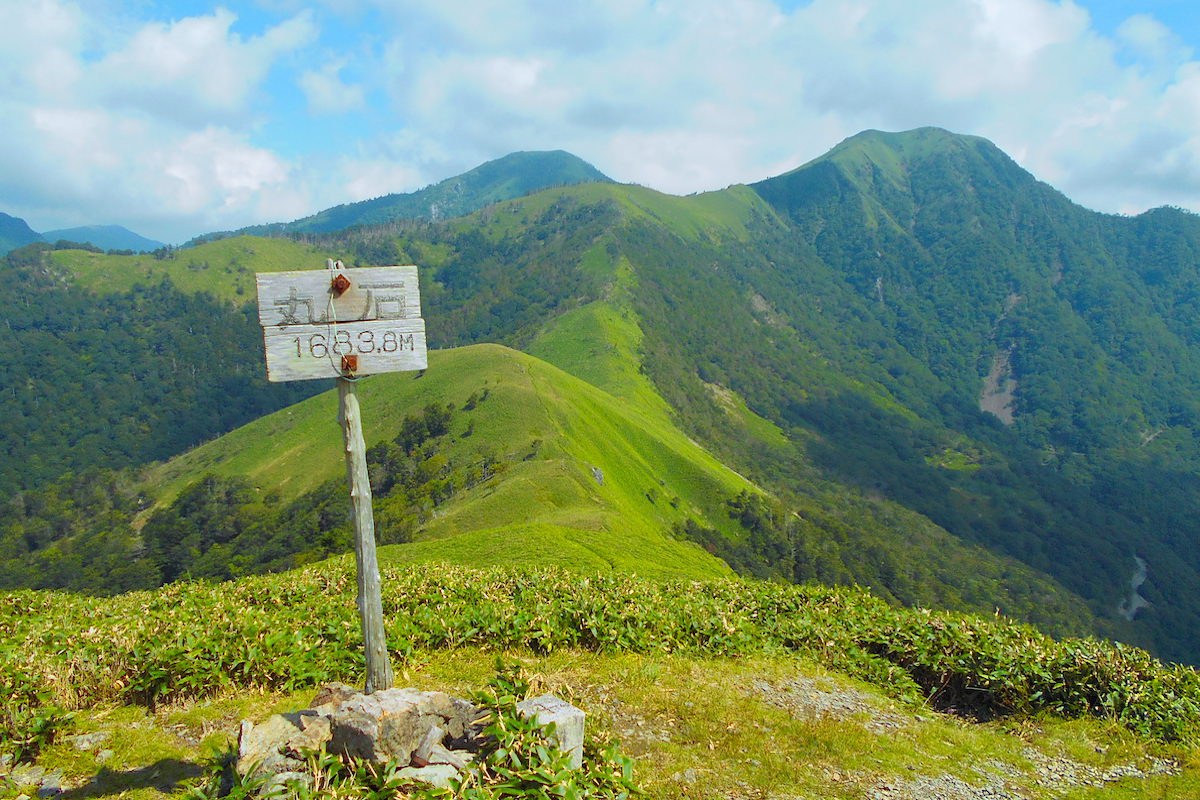 A couple hours later back at the campground I was pretty tired, so I took a nap in my hammock. All in all, the campground here has something for everyone, and you don’t need to be a hard-core camper in order to experience and enjoy it.

For access, the Oku-Iya Double Vine Bridges are on Rt 439 in the Higashi-Iya part of Miyoshi City, about a 1.5 to 2 hour drive from Ikeda. On weekends and holidays from early April to late November a local seasonal bus comes here twice a day (to get this bus you must transfer off the main Shikoku Kotsu bus at Kubo Bus Stop in Higashi-Iya). The local bus also operates every day for several holiday weeks during the year, including the Golden Week period in April/May, during the summer from mid-July to late August, and for all of October when the autumn leaves are particularly beautiful here.

On days without a bus, it is also possible to walk up the road about 60-70 minutes to/from the final bus stop at Nagoro (the Scarecrow Village). The local bus goes to/from Nagoro 5 or 6 times every day of the year.

For more details in English on the Double Vine Bridges and bus access, check the IyaTime website here: 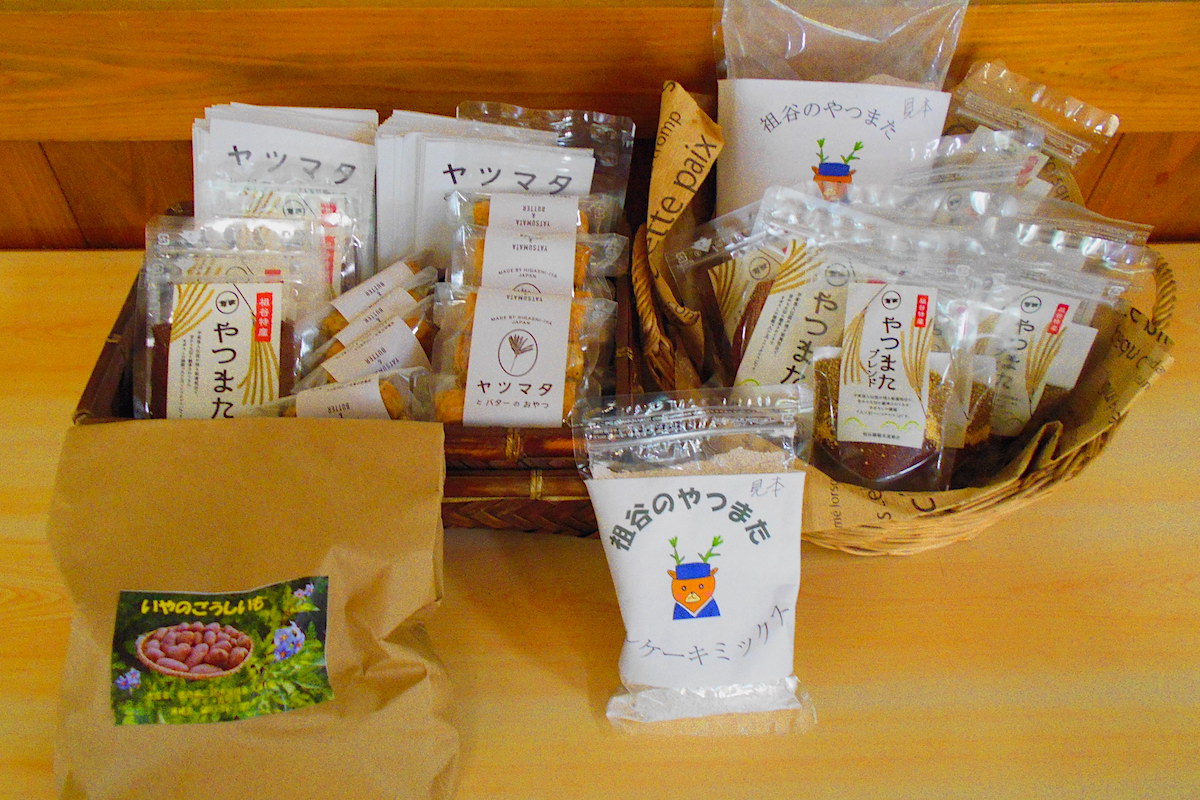 And several of the local foods, including Iya potatoes and the Millet Pancake Mix, can be bought at the Oku-Iya Hotel and Cafe in Higashi-Iya. Info in English about here can be found on the IyaTime website: