“I love that you can do things yourself here”, explained Kris, a recent guest at Kajiya Iya Romantei. “It’s fun… more than fun!”

Kris was now on his second night at Kajiya and was already a skilled veteran for the chores that needed to be done around the house. As we spoke he was busy chopping wood for the evening’s fires. Originally from Australia, he has spent decades living in Tokyo as a university professor. 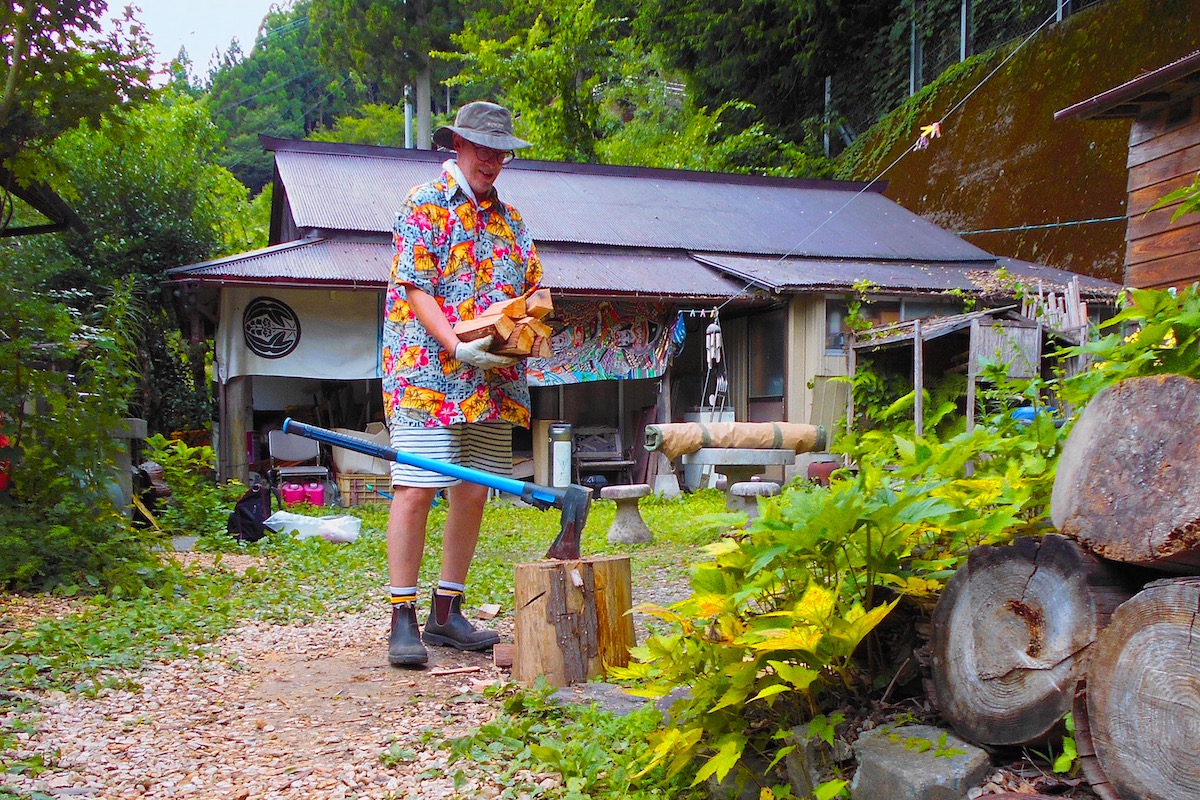 “I’ve been living in Japan for 40 years, but this is my first time in Shikoku,” he said with the look of someone deeply enjoying his vacation. “Everywhere I went in Shikoku has been amazing, and I just love the natural isolation of the Iya Valley.”

After gathering up the freshly split wood, he went down below Kajiya’s bathhouse to literally fire-up the goemunburo bathtub, which is a traditional style iron tub that is heated directly from below by open flame. Shino-san was off in the kitchen preparing dinner, but being that he had done this the night before, Kris already knew what he was doing. 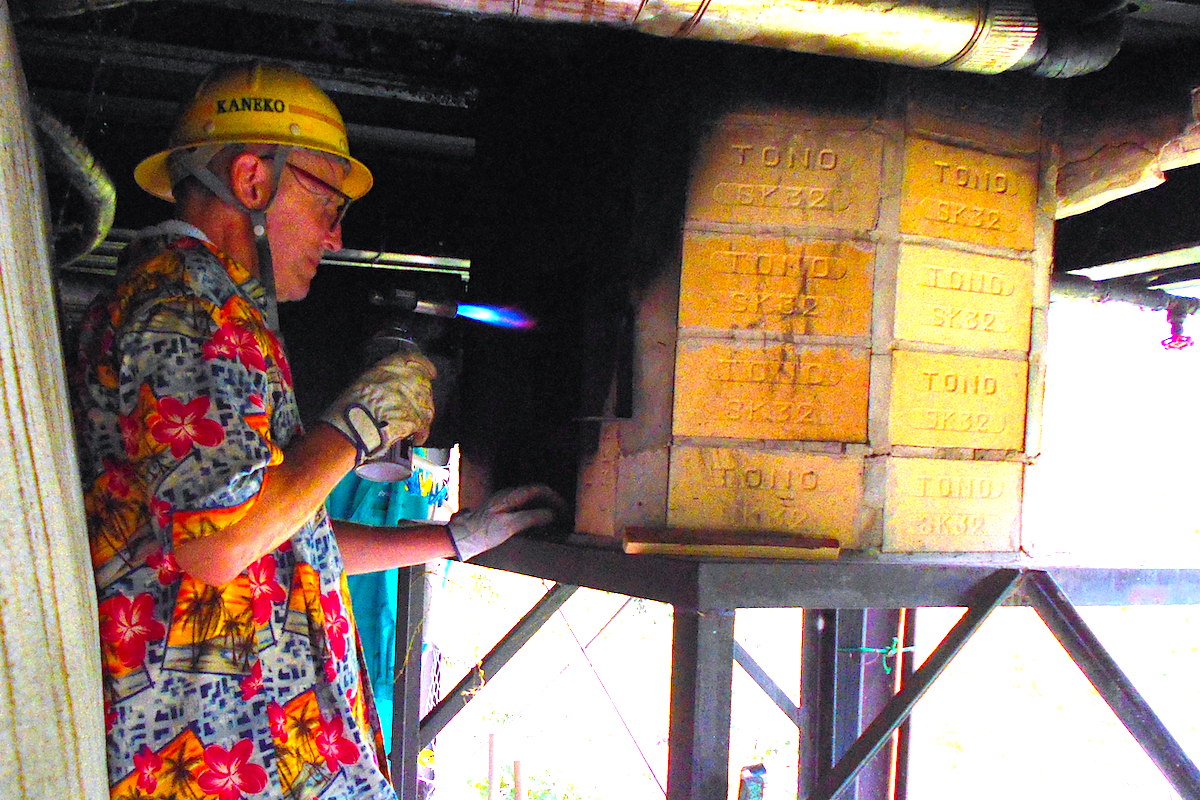 Kris laughed as he squeezed in to set the fire. “He gave me this helmet to use since I’m pretty tall and the ceiling down here is kind of low.”

With fire number one complete and the bath now heating, Kris was off to build the next fire in the hagama, which is a traditional style stove used for cooking rice. “The rice from this tastes much different than from an electric cooker. It’s crispy around the edge of the pot, and soft in the center. And the fact that I am cooking it myself makes it even better.” 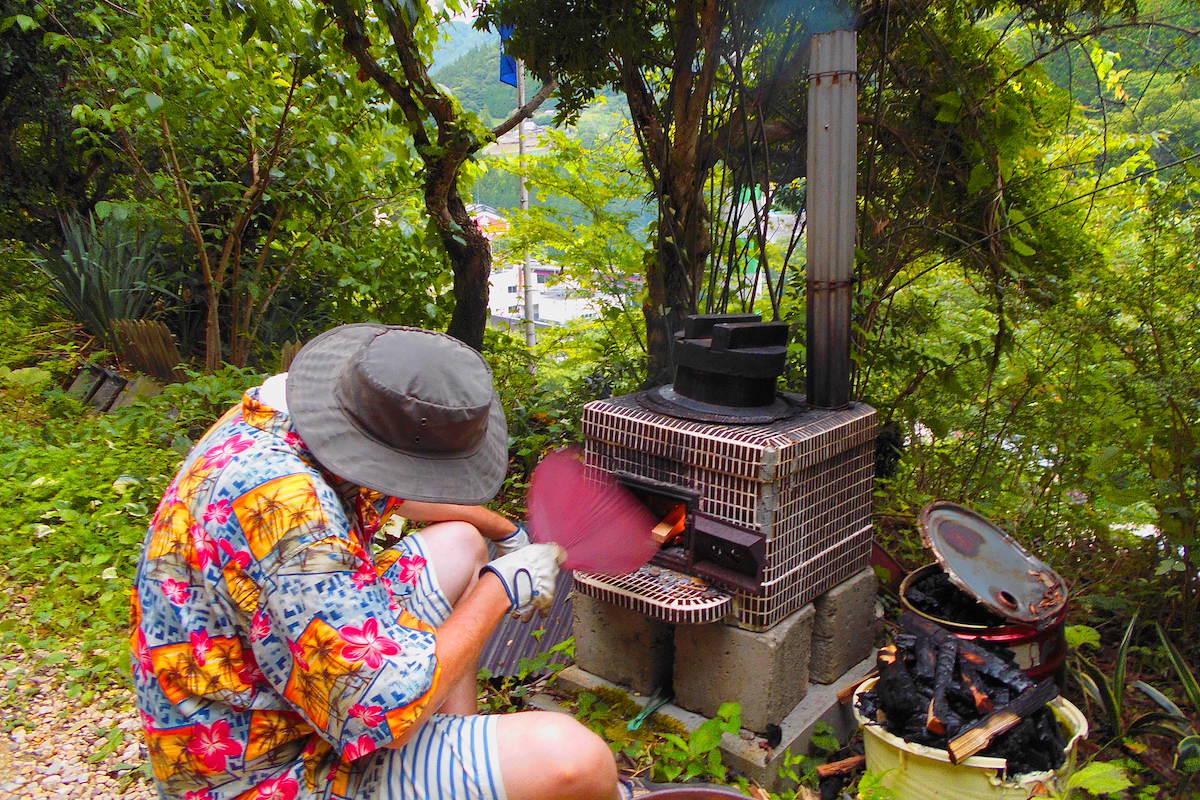 Kris bounced back and forth between the two fires to keep them properly burning. “Usually at guesthouses in Japan there is little to do except sit around looking at your phone. The hosts think guests should never engage with the chores, but I love how you can help contribute here.” 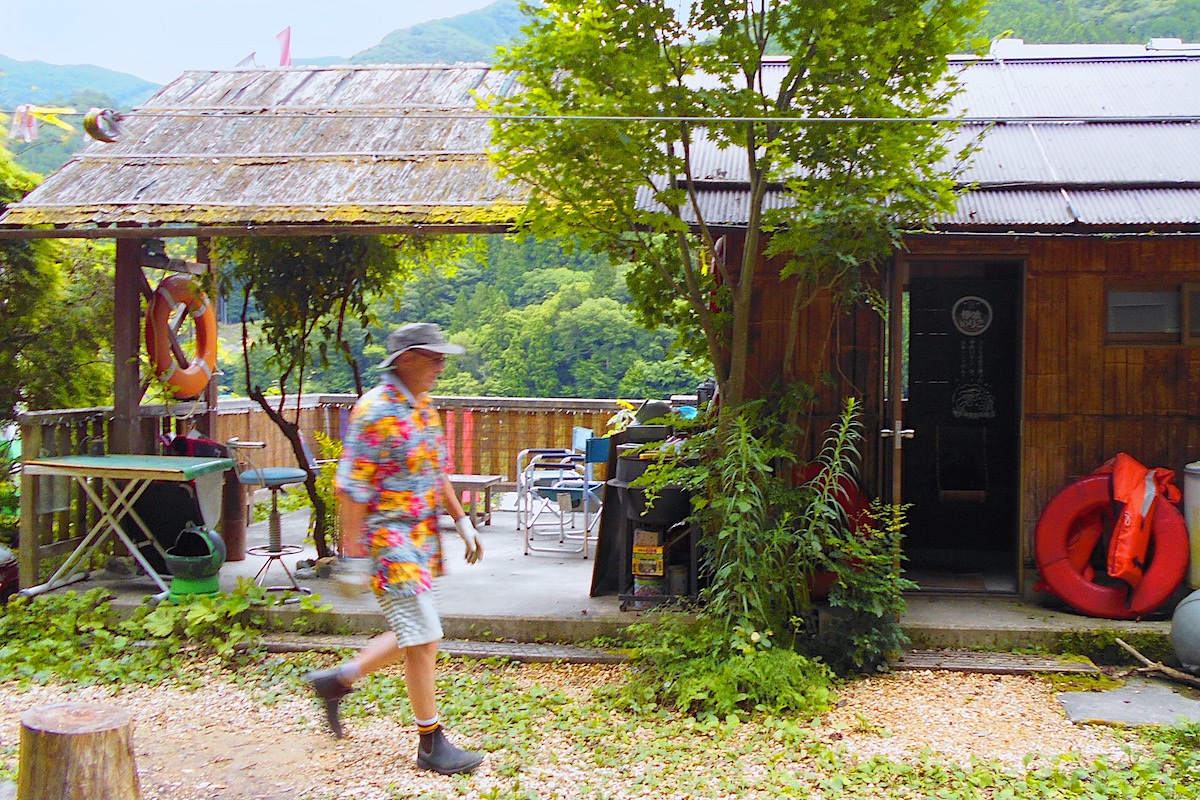 After about 30 minutes of burning the fire, the bath was ready.

Being that Shino-san is from a coastal port city, he has a large collection of maritime equipment, and he built his wonderful little bath house to have a nautical theme. The indoor bath has windows taken from ships and all around there are old navigation tools, life preservers, and lights that came from boats. 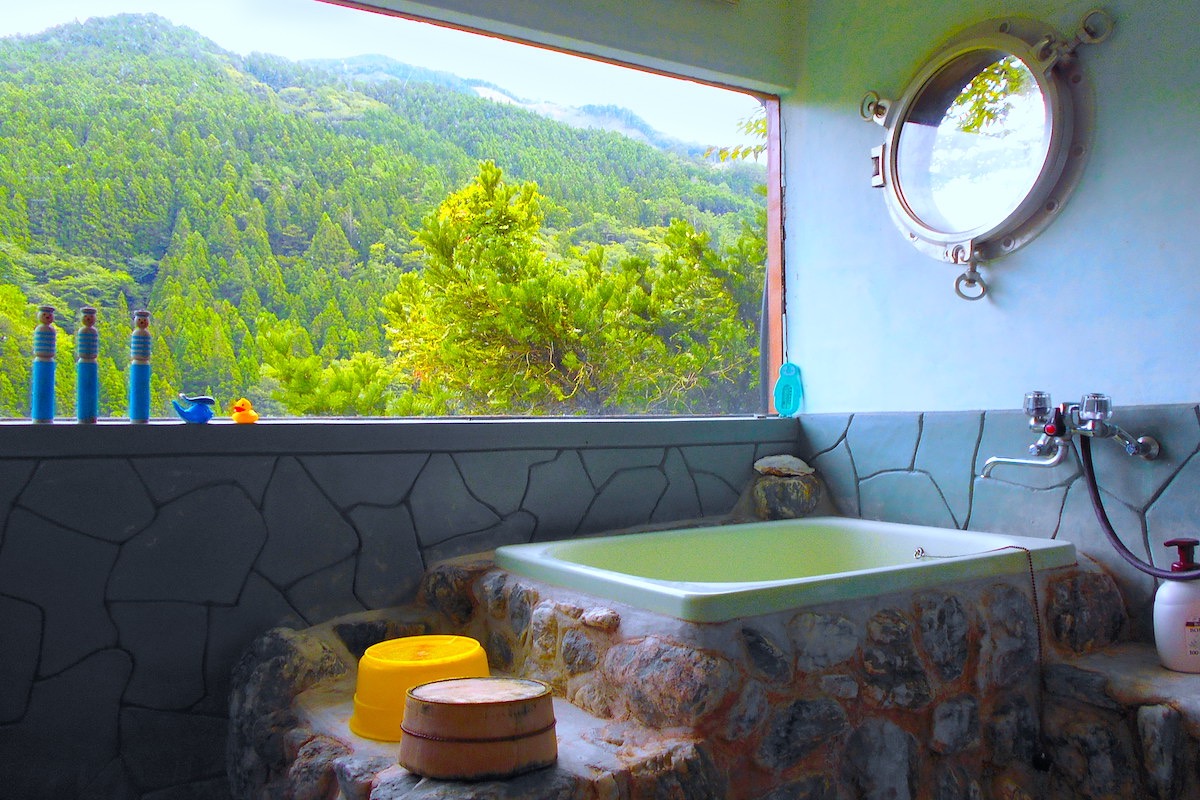 Outside, next to the indoor bath, is the open-air goemunburo tub. As Kris got ready to settle down into it, Shino-san appeared with an ice cold beer. “C’mon c’mon,” Shino-san gleefully cheered as he passed over the brew from the balcony, “Kan-pai, Kan-pai!” 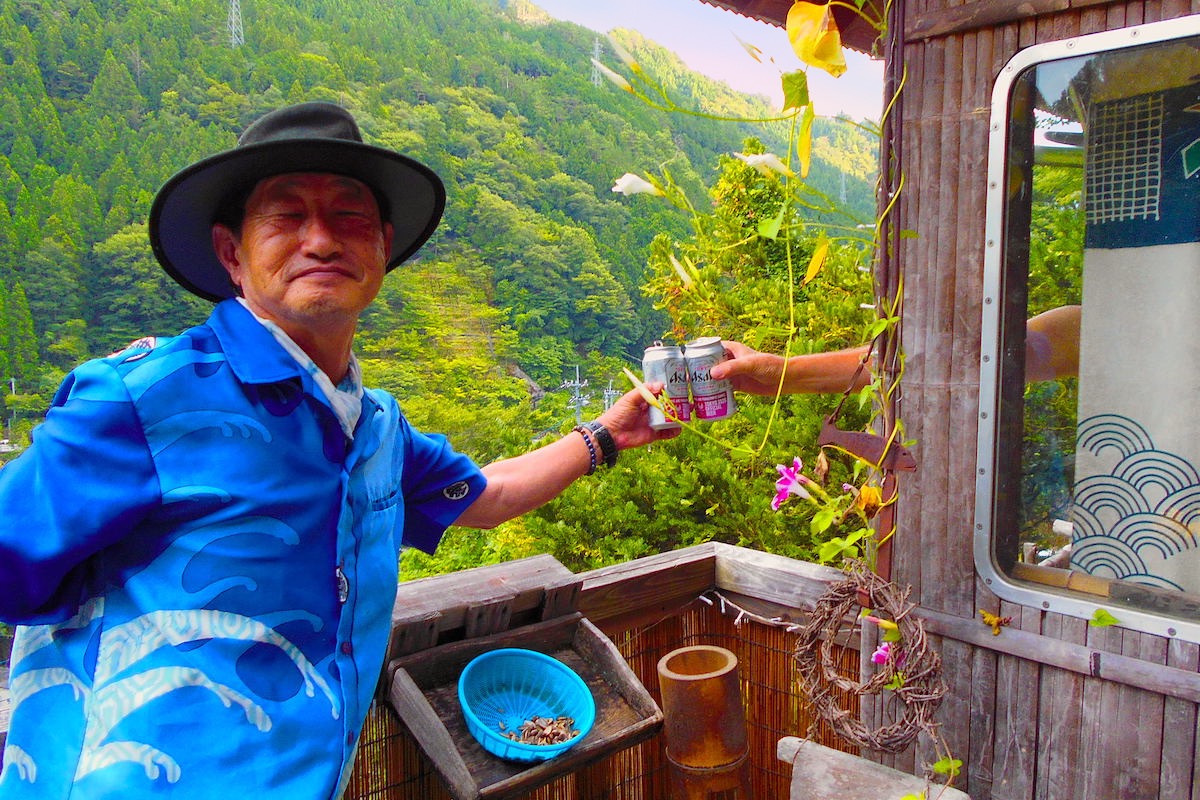 With the sun beginning to set, the clouds glowed with orange and pink, which made the lush mountains surrounding Kajiya become even more vividly green. Kris sipped his beer, relaxed in the steaming tub, and took in the view. 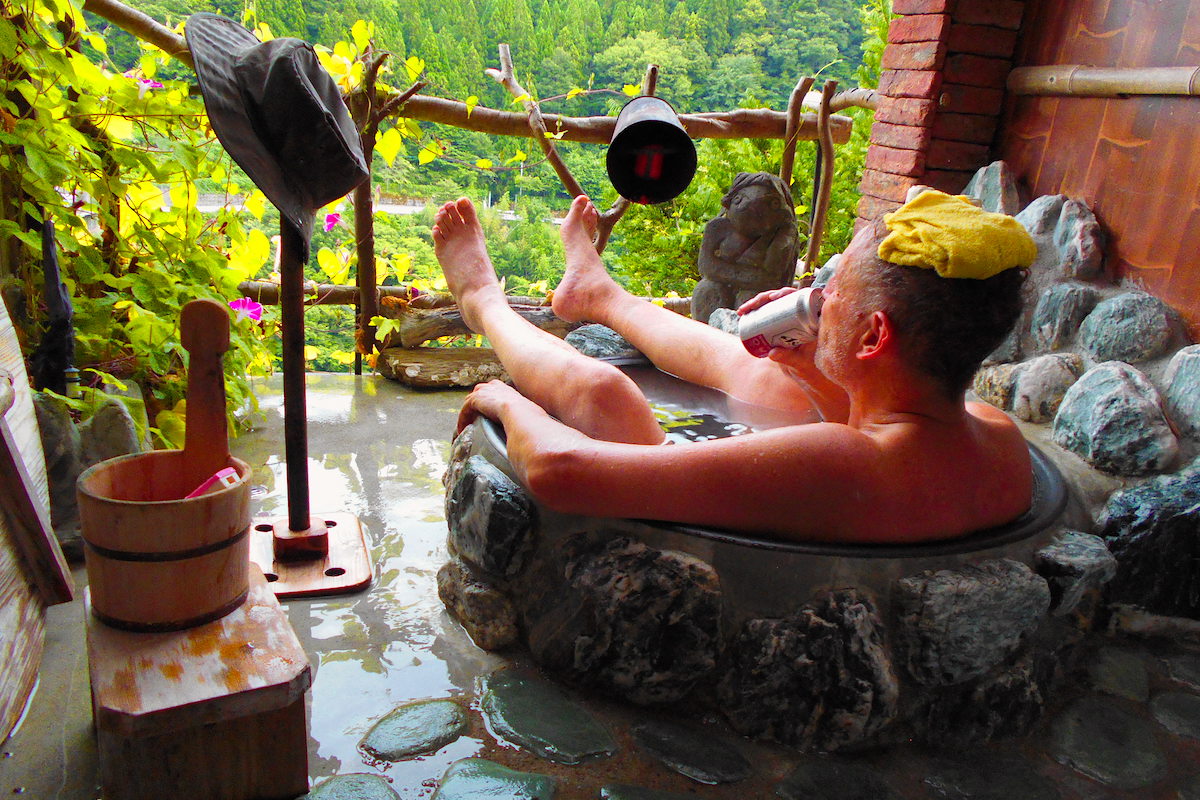 “It’s amazing how far from Tokyo you can get yet still be in Japan.”

In part 3 I will explain what other experiences are available at Kajiya Iya Romantei.