Based in the Iya Valley, the English speaking instructor at Yama Yoga offers a variety of fitness classes to both residents and visitors, including weekly drop-in yoga lessons, dance fitness classes for local residents, exercise workshops for kids and the elderly, and special yoga experiences for tourists in beautiful locations all around Iya.

“For me, yoga isn’t just a form of exercise, it’s become a part of my life,” explained Aki, the instructor at Yama Yoga in Miyoshi’s Higashi-Iya. “What I like best about yoga is that it’s not only a physical activity, but also requires concentration on yourself. And since it’s not a competitive sport, the only focus is on your own body.”

Ever since she finished high school in her hometown up in northern Japan, Aki has enjoyed traveling and experiencing the world. She lived in both France and Laos for a few years, and spent the years in between backpacking across Europe, North Africa, Asia, and Central America. Along the way she learned English, and she can also speak some Spanish as well as some Thai. 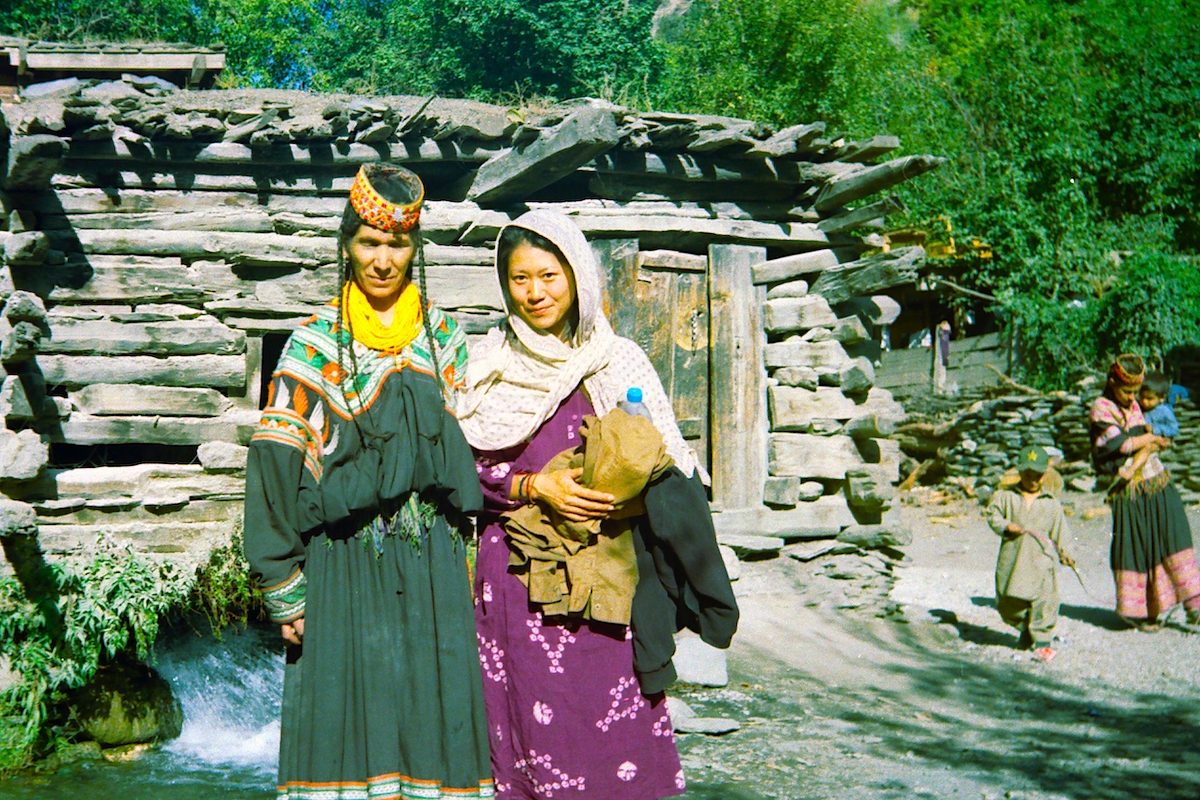 Looking to settle down a bit, Aki first started living in Tokushima’s Iya Valley about 20 years ago, having been drawn to here by its welcoming people and tranquil landscape. She was also attracted to the natural mountain lifestyle. “Iya really reminds me of the villages in Nepal. I guess that’s why they call it the Tibet of Japan.”

But after a few years in Iya she hit the road again for a couple more years, this time with her husband, with a large part of their trip spent in India, Pakistan, and of course Nepal. “After that trip we were pretty broke, so we moved up to Tokyo to work.” 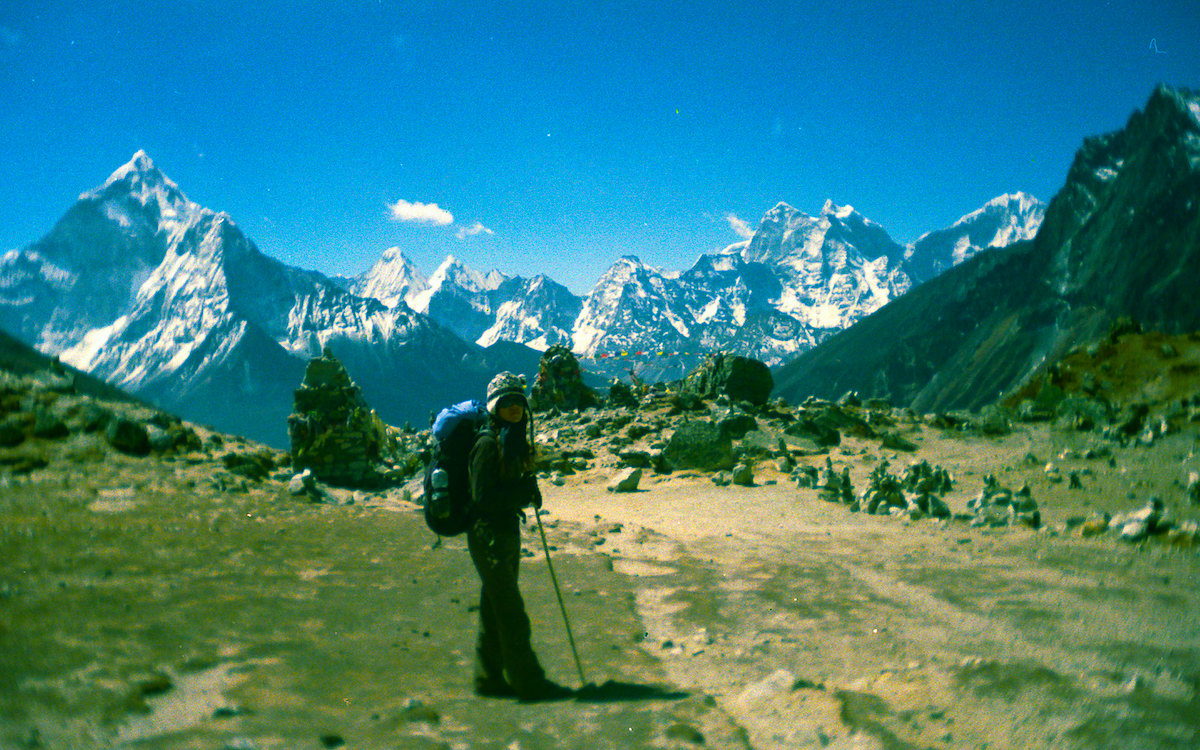 Even though she had no previous experience, Aki got a job at an upscale Tokyo gym with a mainly foreign clientele. “They were kind of desperate for English speaking staff, and that was their only requirement.”

At the gym she was taught how to be a fitness and stretching trainer, and she began practicing yoga on her own at the India Embassy Cultural Center in Tokyo. However, within a few months of getting the job, the gym was looking to train an additional yoga teacher and she volunteered to do it.

“They sent me out to an intensive program to not only get my yoga teacher’s license but to also instruct me on yoga philosophy, teaching methods, and even anatomy. It was tough and several students dropped out, but it was really thorough.”

But after a few years, the urban madness of Tokyo began to wear out her and her husband, so they moved back to their old mountainside house in the Iya Valley in 2013. 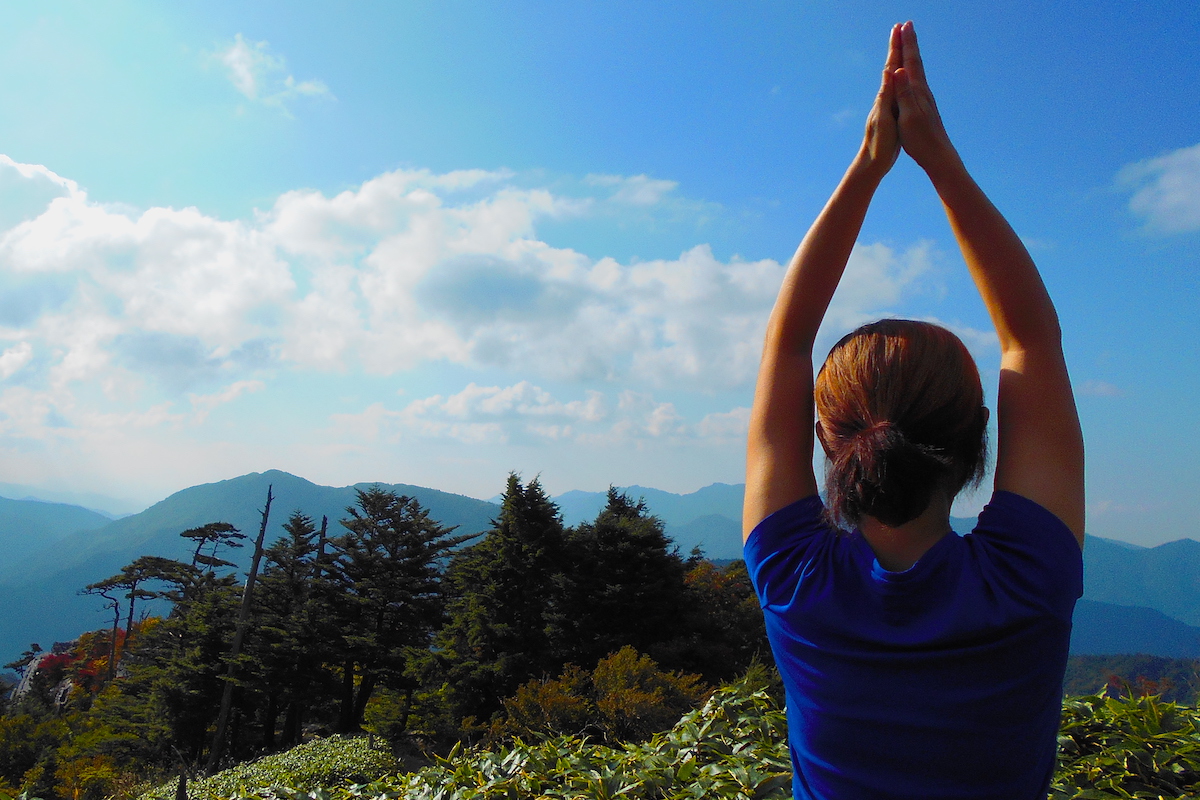 “When I came back to Iya, I was hoping there was an exercise class I could join. But nothing was happening here, and I realized long ago that if you don’t make something happen yourself, then you might end up waiting forever. It’s important sometimes to not rely on others and create the place you want to live in yourself.”

So soon after returning she began sharing her knowledge of yoga and fitness with the local people, and Yama Yoga was born (in Japanese, the word “yama” means “mountain”).

“In the beginning here, many of the older people in Iya didn’t even know what the word ‘yoga’ meant, and if they did, then they had only heard of it on TV.”

But despite the lack of awareness, Aki decided to help local people understand the importance and enjoyment of exercise, and now Yama Yoga has became a backbone for not just community fitness but also a way for people to get together and connect with each other.

Nowadays she teaches three classes a week, which is impressive considering how small the population of Iya is. She also does lots of event classes, including at schools, community centers, and even in the traditional farmhouses of the Iya Valley. 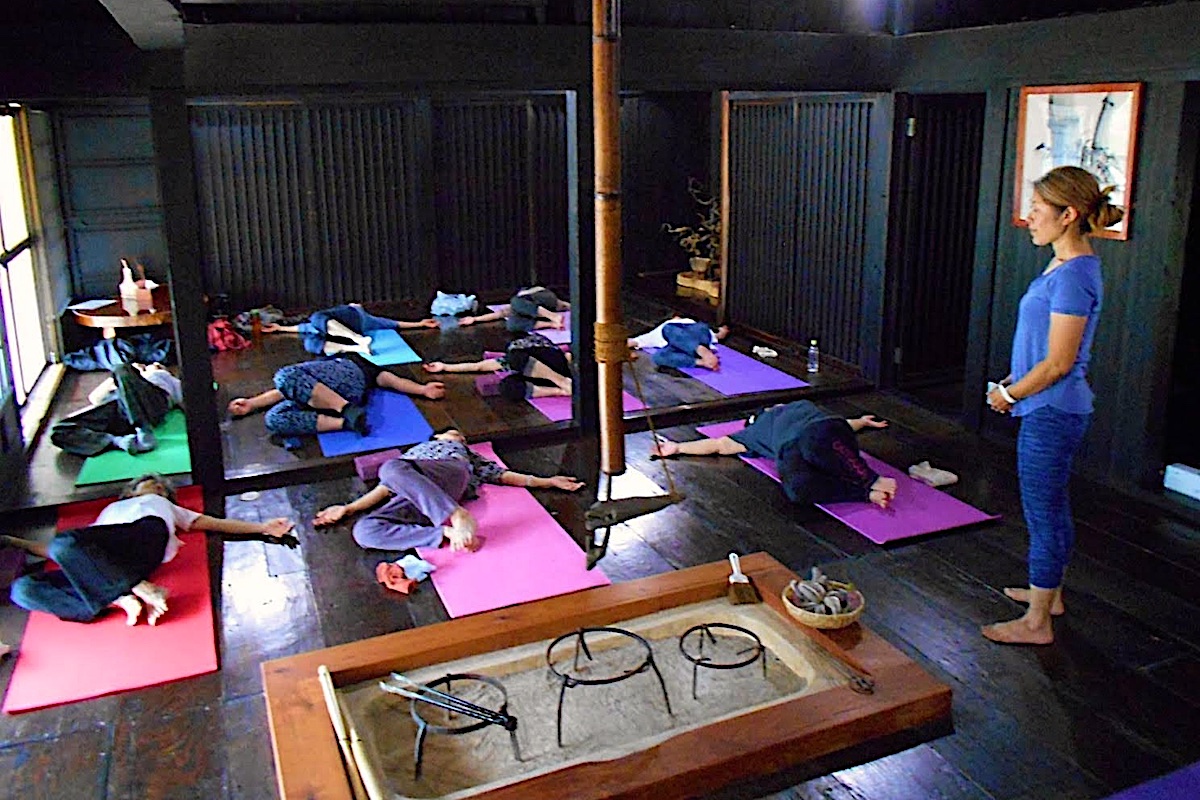 And even more impressive is her dedication to her craft despite the limited pool of possible students in this rural and remote valley. “I just want to be the best teacher that I can be, even if I only have one student.”

Since starting Yama Yoga she has traveled back to India to train in a yoga ashram, took power yoga lessons in New York, enrolled in online anatomy classes offered by foreign universities, and even went to Thailand to get her license to be a Zumba dance instructor. 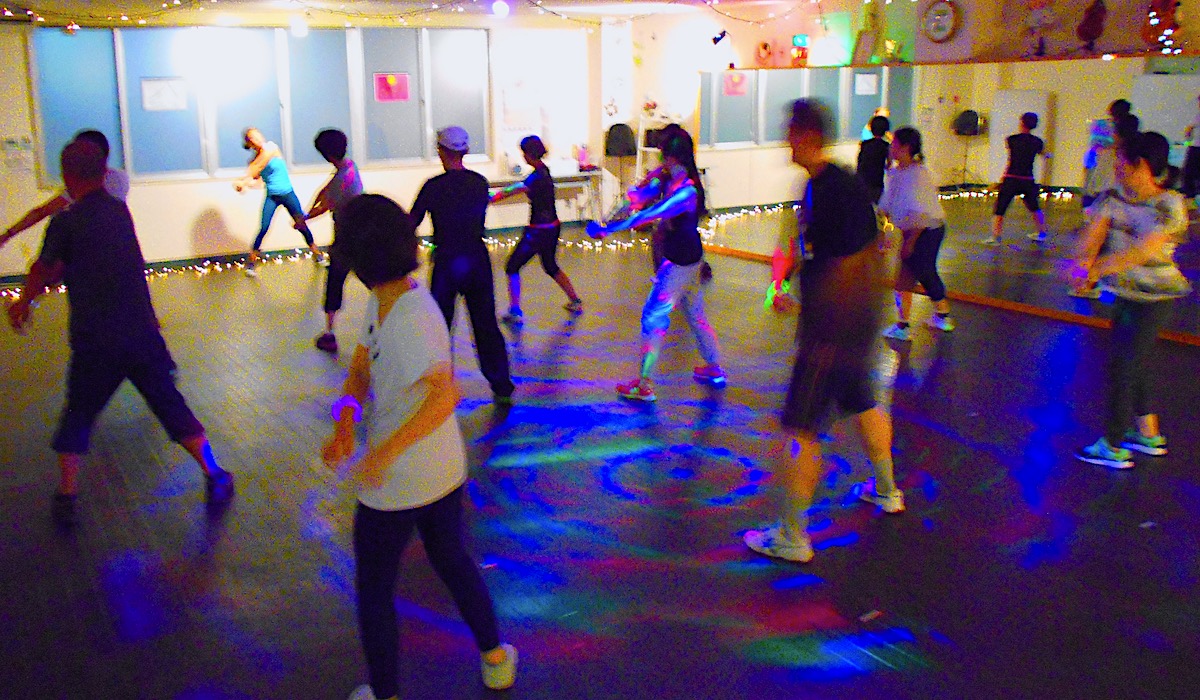 But her classes aren’t just limited to the Iya community, because she also goes out to do fitness workshops at various other places, from one-on-one classes to huge events, and she even offers special lessons to visiting tourists in spectacular Iya Valley locations. 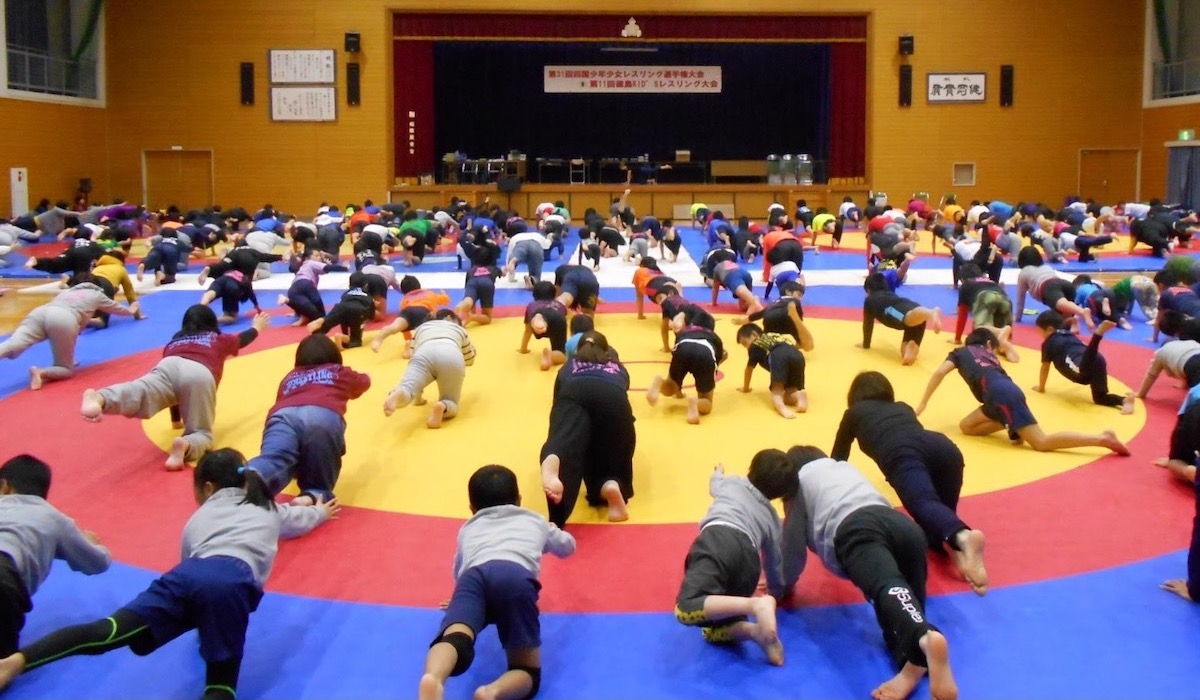 In Part 3 we will find out more about the types of lessons Aki offers in the Iya Valley.