Based in the Iya Valley, the English speaking instructor at Yama Yoga offers a variety of fitness classes to both residents and visitors, including weekly drop-in yoga lessons, dance fitness classes for local residents, exercise workshops for kids and the elderly, and special yoga experiences for tourists in beautiful locations all around Iya.

On a recent Sunday morning I decided to drive deep into the mountains to the remote Iya Valley to take part in one of the weekly yoga classes that has apparently been going on out here for several years. Usually yoga studios are located in cities or bigger towns, so I was curious to experience such a small village class which is actually open to anyone. And from what I heard, it has developed a solid reputation among the residents of Iya and beyond. 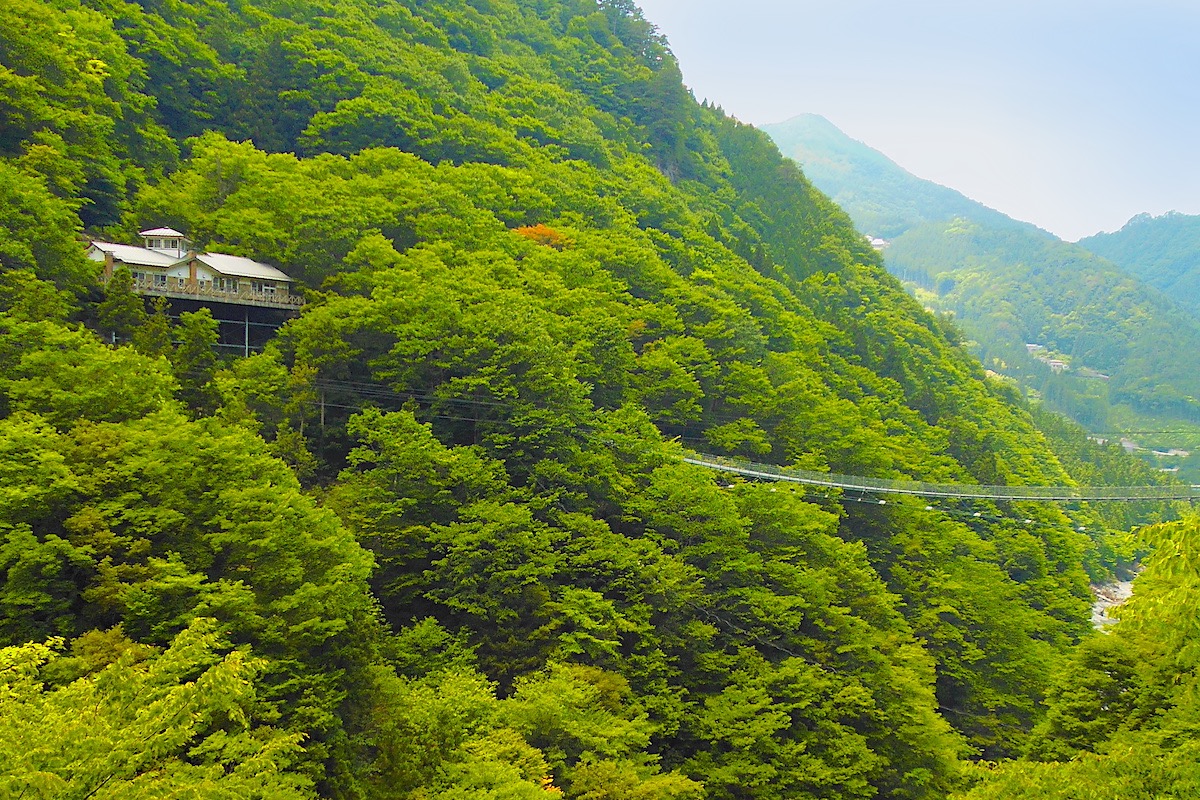 The main studio for Yama Yoga is located in the primeval forest of Ryugugake Park in Higashi-Iya (East Iya), about an hour from Ikeda Town, and the slow drive into the park from the main road through the tranquil scenery immediately made me feel relaxed. And though the windy road goes right up to the studio building, it’s also possible to access the hillside studio by walking over a fantastic wire suspension footbridge.

With a hardwood floor, high ceilings, and a nature-filled view, the large studio space for Yama Yoga is in the main building for Ryugugake Cottages, which are a set of several cabins here available for visitors to stay in. The quiet, forest-enclosed, and surprisingly affordable cabins would make for a great weekend escape from any hot and hazy city. 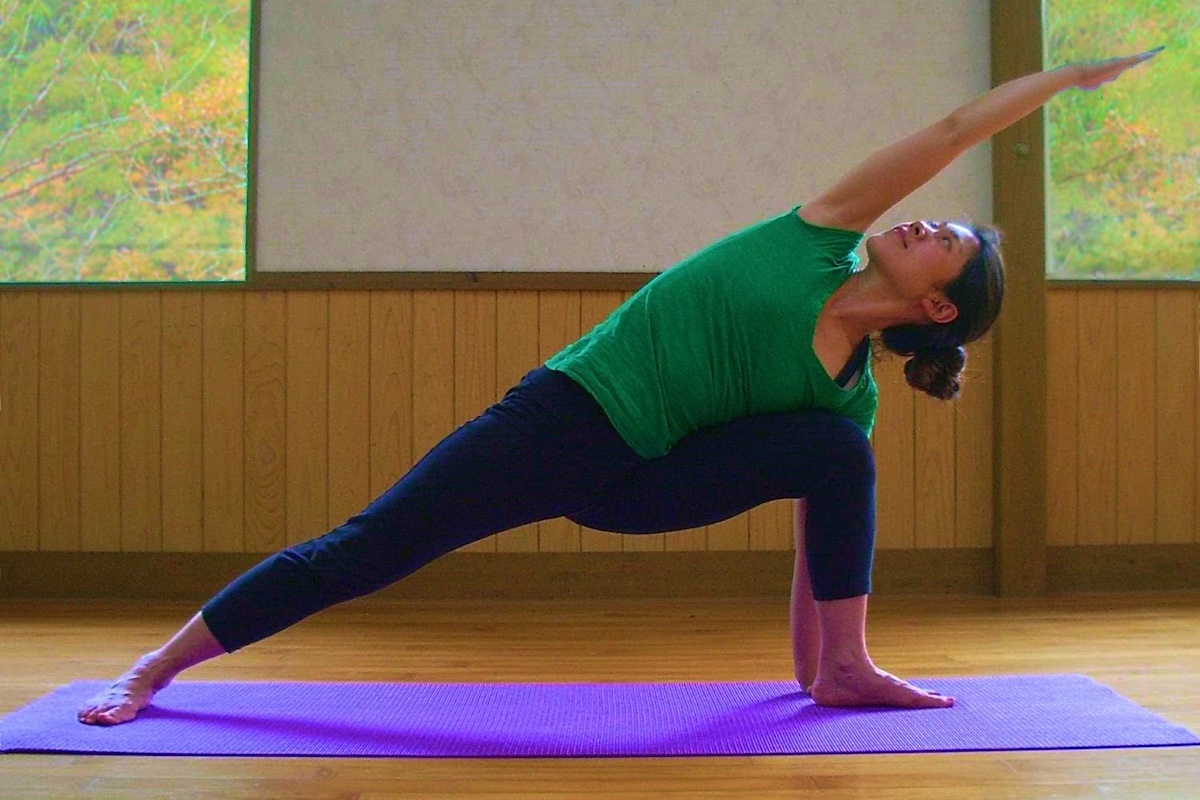 Inside the studio I met the welcoming teacher, Aki, who has been teaching yoga for over a decade. There were a few other students there as well, all from Higashi-Iya, but as mentioned, the Sunday morning classes are open to anyone, and guests at Ryugugake Cottages get a discount off the yoga class fee.

Though I had only done yoga a few times in the past, I was overcome by the inclusiveness and personalization of the class. Aki went out of her way to not only explain the poses, but she also helped adjust my body and showed me plenty of tips on how to get my form correct. Her knowledge of anatomy was impressive, and judging from how well the others in class followed along, I could see that Aki had taught them well. 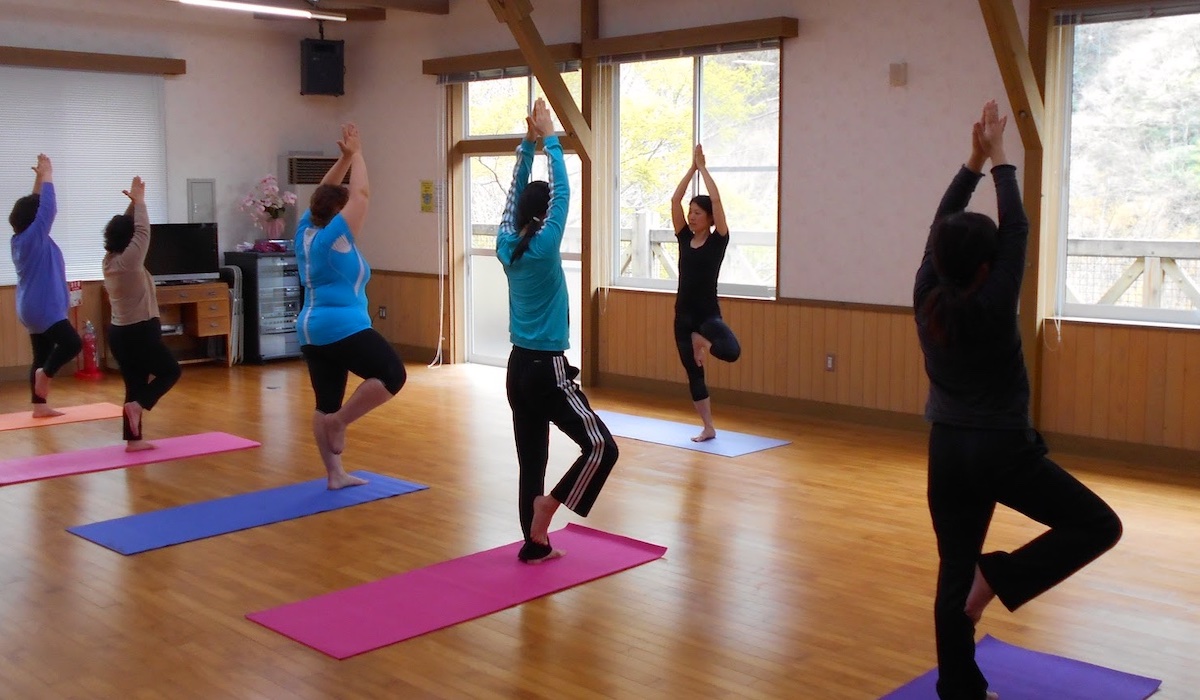 The class was invigorating, yet also calming. And with the birds pleasantly chirping outside, during the final relaxation pose of shaba-asana, I actually fell asleep.

After class and now deeply stretched, we sat together to enjoy some herbal mint tea that Aki had picked from her garden just that morning. I asked the other students a bit about their yoga experiences and I was surprised to hear that they all had never before done yoga until Aki introduced it to them!

“I remember my first time having class here. It must have been 7 or 8 years ago and I didn’t know anything,” recalled one of the students, “But Aki was so thorough with explaining things. It took me some time, but now I can really understand my body and do poses I used to think were impossible. Yoga has become part of my health. I also enjoy doing dance fitness classes with Aki.” 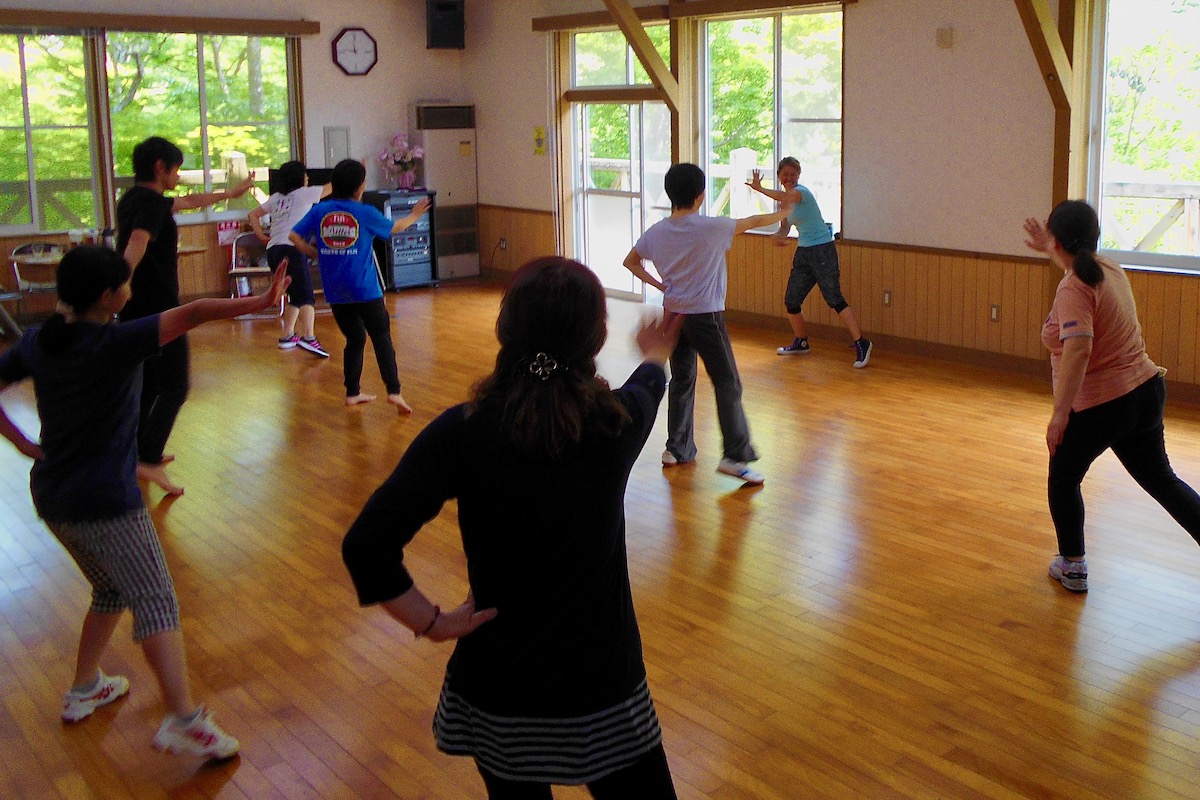 In Parts 2 and 3 I will explain more about Aki’s yoga history and how she has introduced yoga and fitness to a variety of people in the Iya Valley, including kids, the elderly, and even foreign tourists.

For more info about Yama Yoga check the website:

Sunday morning drop-in yoga classes are 1000 yen, and those staying at Ryugugake Cottages get a discount.