Known for as a place for growing millet due to its unique environment, the traditional methods for growing millet in Miyoshi City’s Iya Valley are being passed on to a new generation. Recently, 6th graders from the Higashi-Iya (East Iya) Elementary School planted this year’s crop of yatsumata millet under the guidance of volunteers from the Higashi-Iya Millet Production Association.

Millet for the Future

When the seedlings of the yatsumata millet were fully planted in the two fields, I spoke again with the chairman of the Millet Association, Yoshikazu Sugihira, who seemed particularly satisfied with the performance of the school children. “As I expected, they were able to plant it pretty quick since this isn’t their first time.” 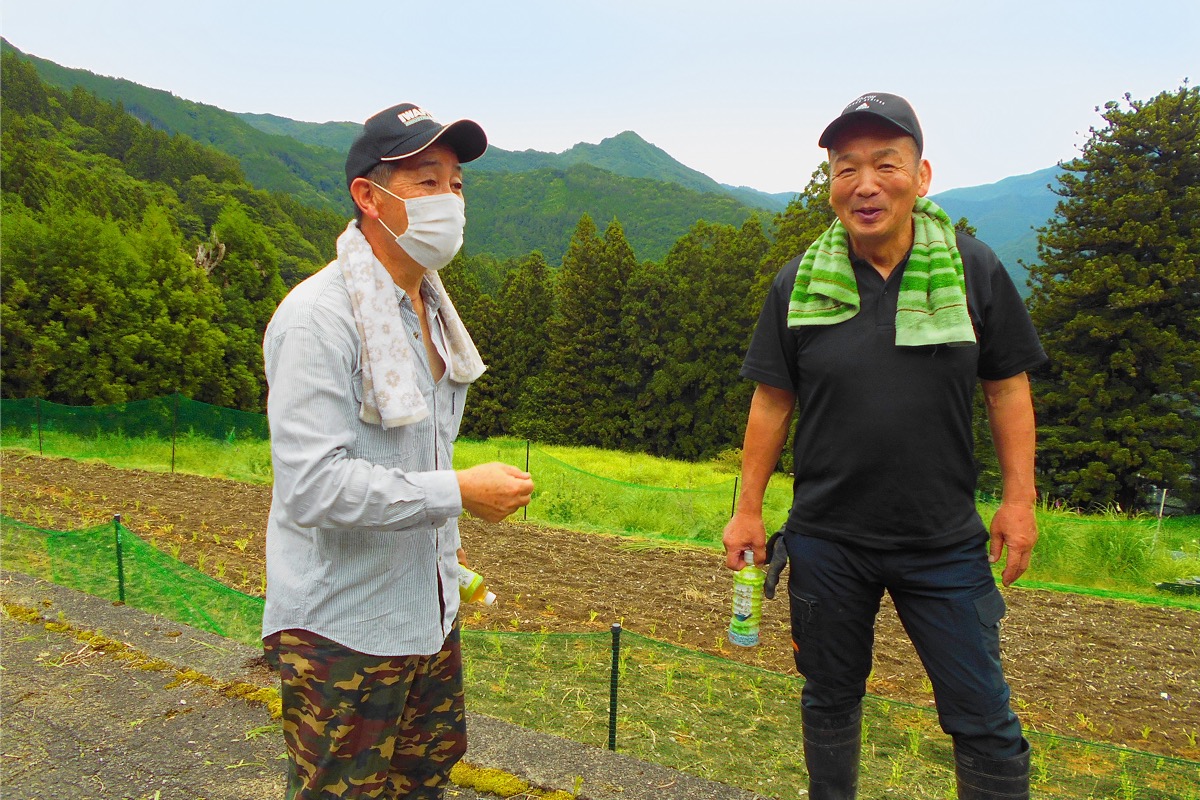 Not only do the Higashi-Iya kids learn how to plant millet grain here on the Associations’s farm, but at their elementary school they also grow millet at the school garden, which is then utilized for their school lunches as well as for cooking together with their parents. No doubt, the students are very familiar with the crop.

The school staff at the planting event were also pleased with the results. “It’s great to interact with different people of the area, and to experience these traditions first-hand, “ commented their teacher. “And I’m happy that such activities can increase the student’s relationships with the local people of Higashi-Iya.” 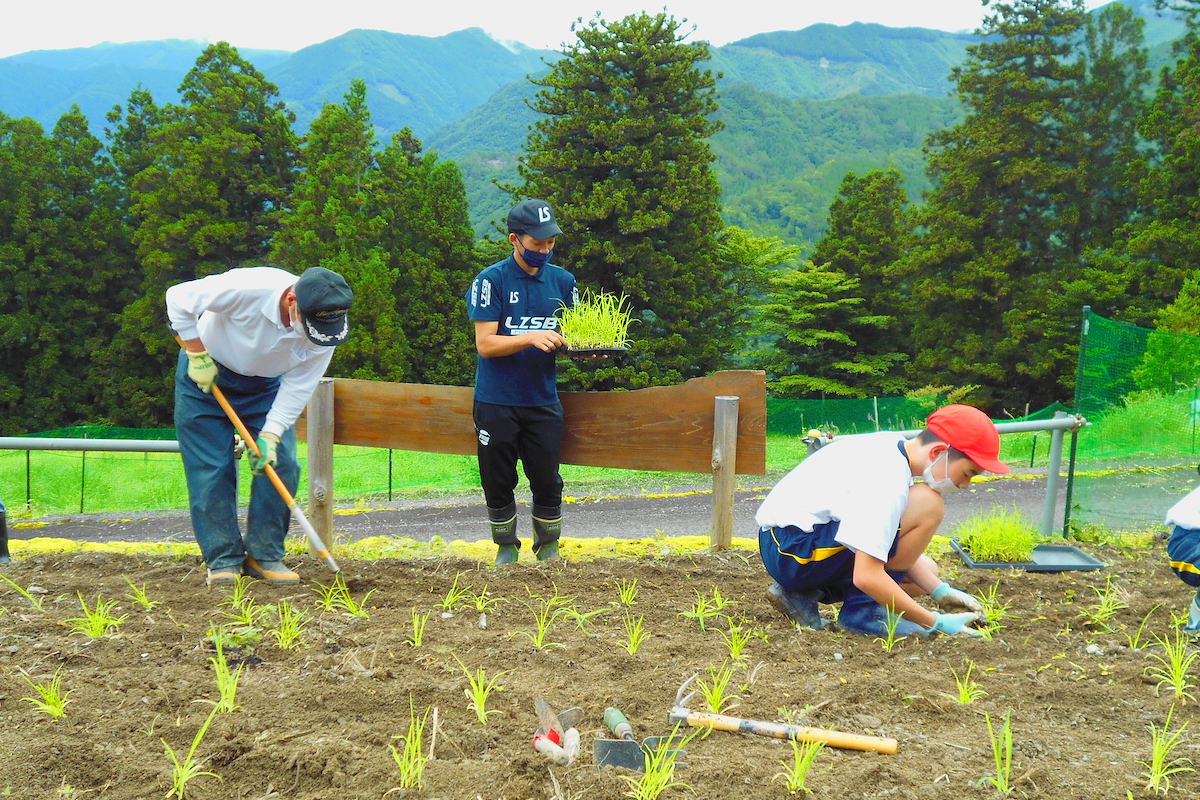 At the closing ceremony the children also unveiled their most recent project, the mascot character they created for the Higashi-Iya Millet Production Association. Named “Shika-maru”,  it is designed to be one of Iya’s many deer, with yatsumata millet sprouts for antlers while wearing traditional chef’s clothing due to being “a master of making Iya soba (buckwheat noodles)”. In the future, the Association intends to use the character for promoting their products. 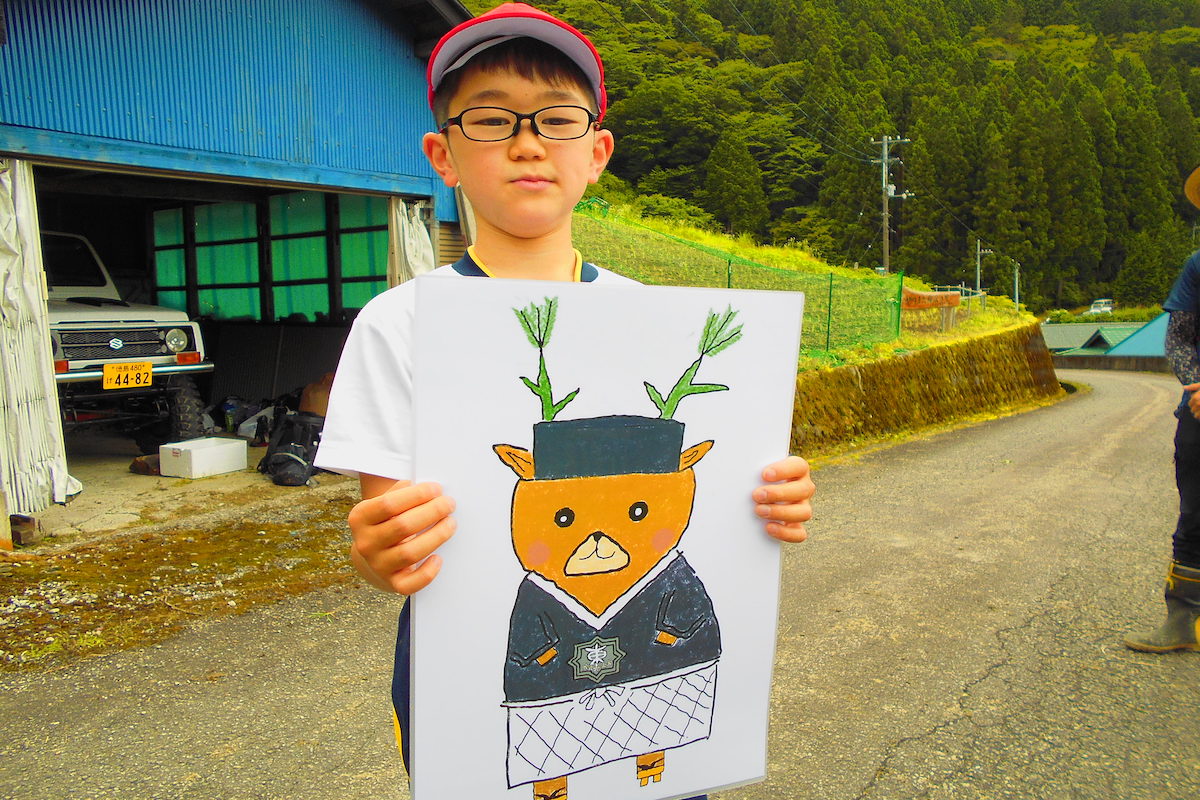 “The yatsumata we planted today will be harvested at the end of September or early October,” added association chairman Sugihira as he spoke of coming together again this autumn. “I’ll keep an eye on them to make sure they grow well, and let’s hope we can continue to do our best together.”

Fortunately the Iya people recognize the importance of their long-held traditions, and hopefully they will continue to cherish this almost-lost millet farming culture for generations to come.

This fall I hope to do a follow up article detailing the harvest as well as introduce various dishes utilizing Iya’s millet. But till then, if you would like to sample some of the local millet, it is both sold in packages and prepared in meals at the Oku-Iya Hotel and Cafe in Higashi Iya (also called Taniguchi Shouten).