East Asian culture researcher and writer Alex Kerr is involved in a wide range of activities, including the restoration of traditional homes as well as providing consulting across Japan. His connection to the Iya Valley spans decades and he considers Iya to be his second home. A tour in Miyoshi City featuring Mr. Kerr entitled “Travels in Iya I’m Reluctant to Reveal“ is being planned, however the date is still undecided due to the coronavirus situation. But for now, please enjoy some of Iya’s hidden charms which he introduces in the video below.

The Iya Valley isn’t merely wide, it’s deep. It is roughly divided into two sections, Nishi-Iya (West Iya) and Higashi-Iya (East Iya), with Higashi-Iya also being known as “Oku-Iya” (“Deep Iya”). Out in Oku-Iya Alex has an old house called “Chiiroi” which he now operates as a tour and accommodation facility. 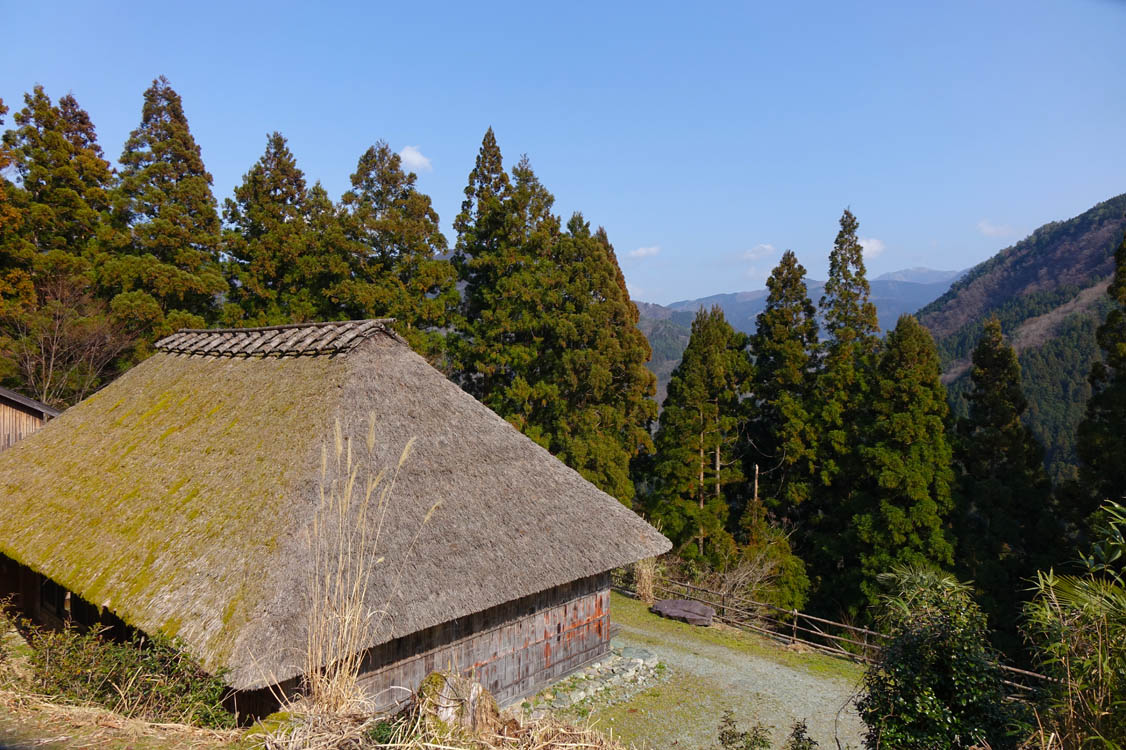 “It’s been about 50 years since I first came to Iya,” explains Alex, “and my feelings, every time, are really the same as when I first came here.” In his initial travels to Iya so long ago he happened upon the 300 year old house which is now known as “Chiiori”. 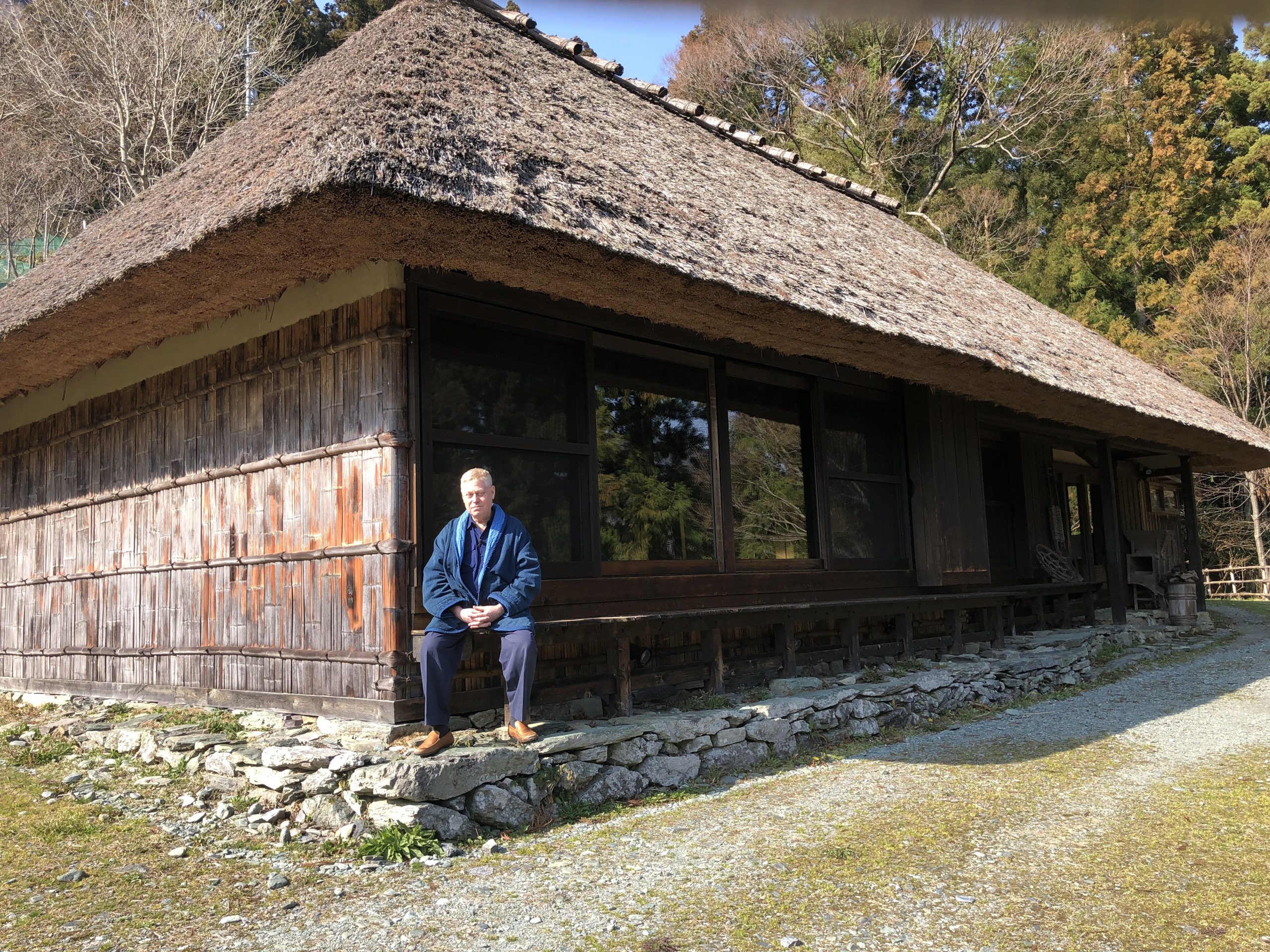 With wood beams that are shiny and blackened from years of smoke and soot, the rooms inside this traditional-style farmhouse (kominka) have exposed ceilings that look up to its impressive thatched roof. Time seems to flow by slowly within this ancient structure, and by opening it’s sliding doors, gentle breezes and natural light are welcomed in. 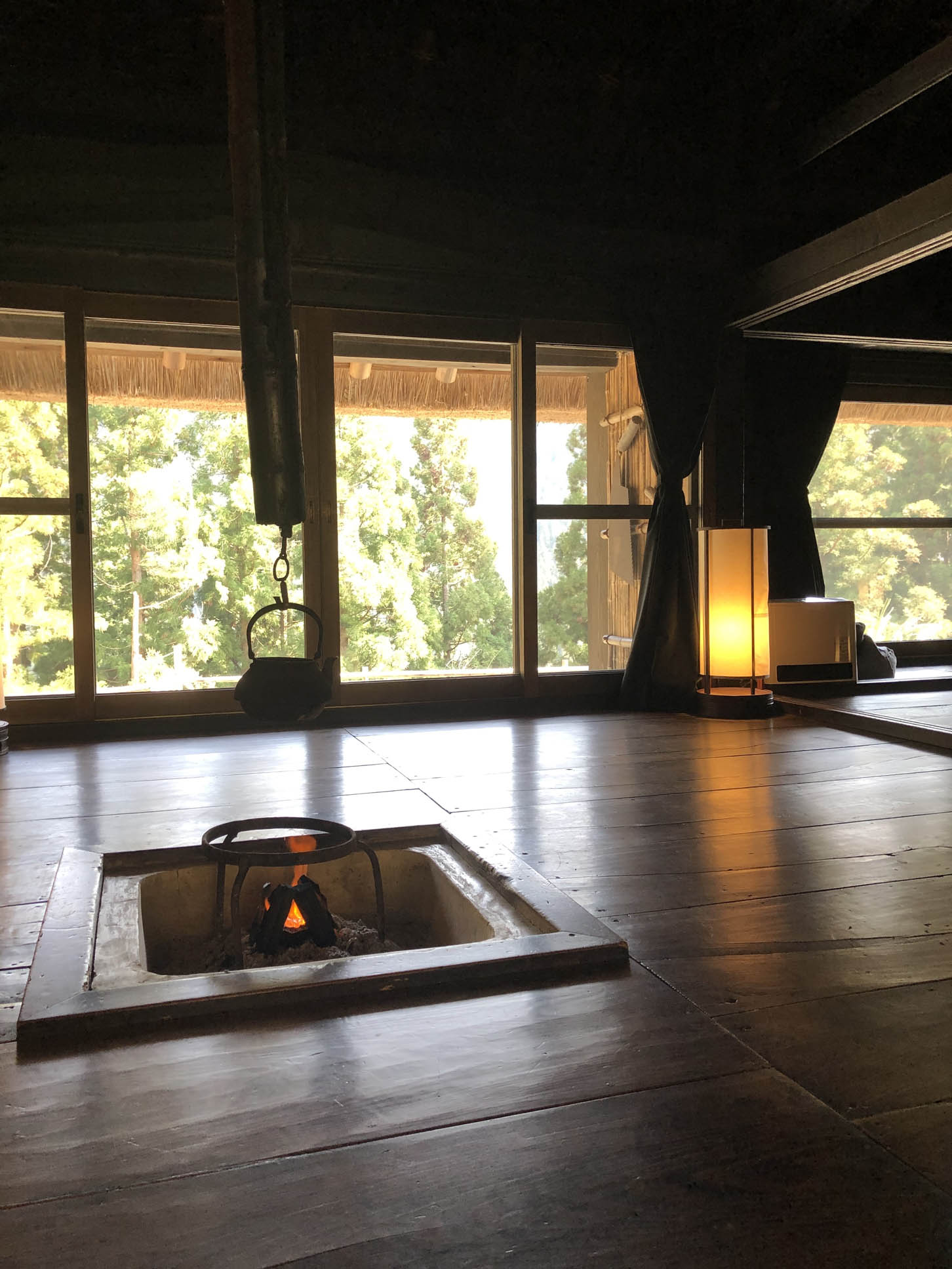 “Japan is the land of tatami (straw floor mats),” says Alex, “Well they didn’t have tatami (in Iya), they had wood floors… which are the original flooring. So you’re seeing something that is the original Japan.”

It’s surprising to know that Iya has such things which are much older than what people feel to be “Japanese”. And yet, these old things also feel very new. 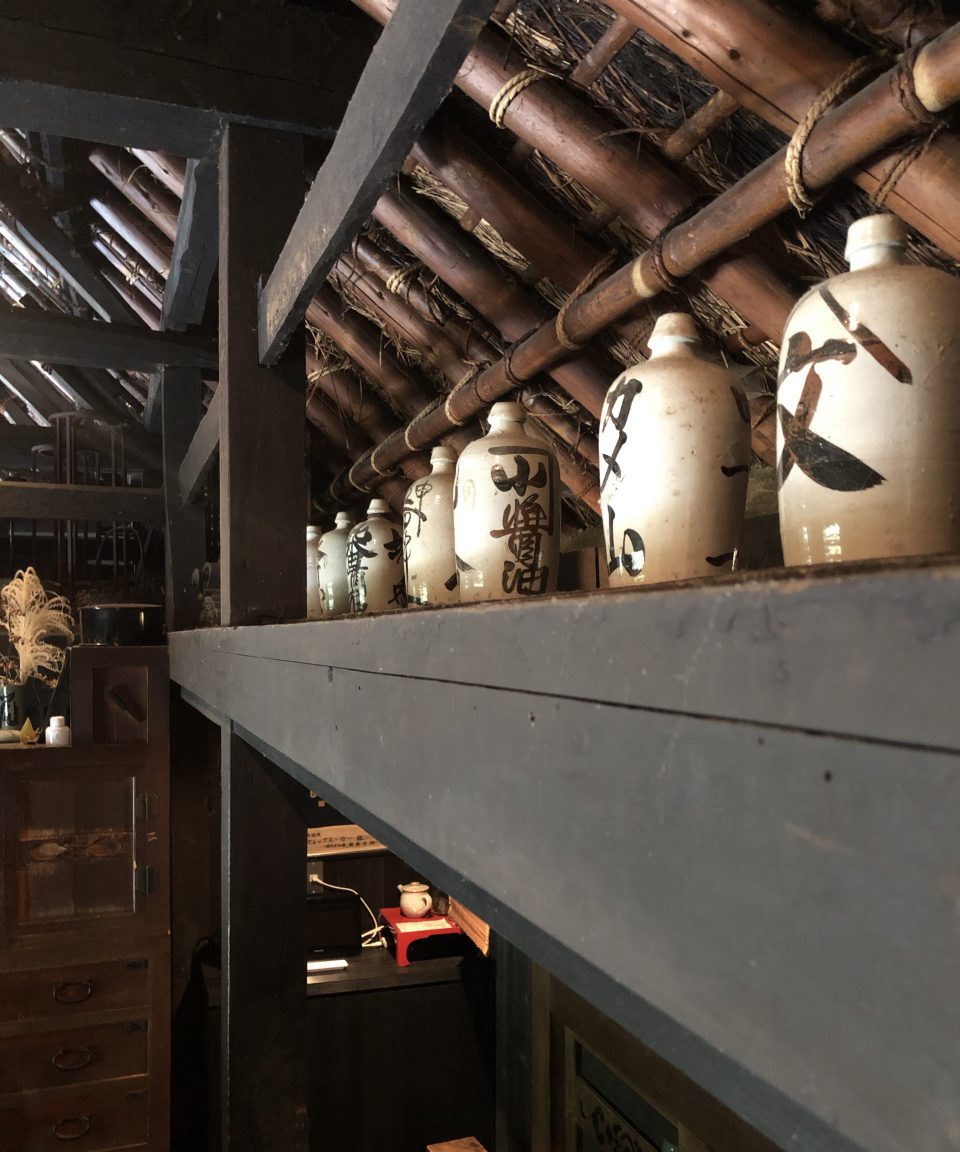 With his local base at Chiiroi, Alex has been engaged in the restoration of traditional houses along with regional revitalization projects to utilize these age-old buildings. Further off in Higashi-Iya, he has also contributed to the “Togenkyo-Iya-no Yamazato” project in historic Ochiai Village.

With about 70 centuries-old houses spread across a steep hillside that spans an elevation gain of 390 meters, in 2005 Ochiai Village was designated a Nationally Important Preservation District for Groups of Traditional Buildings. 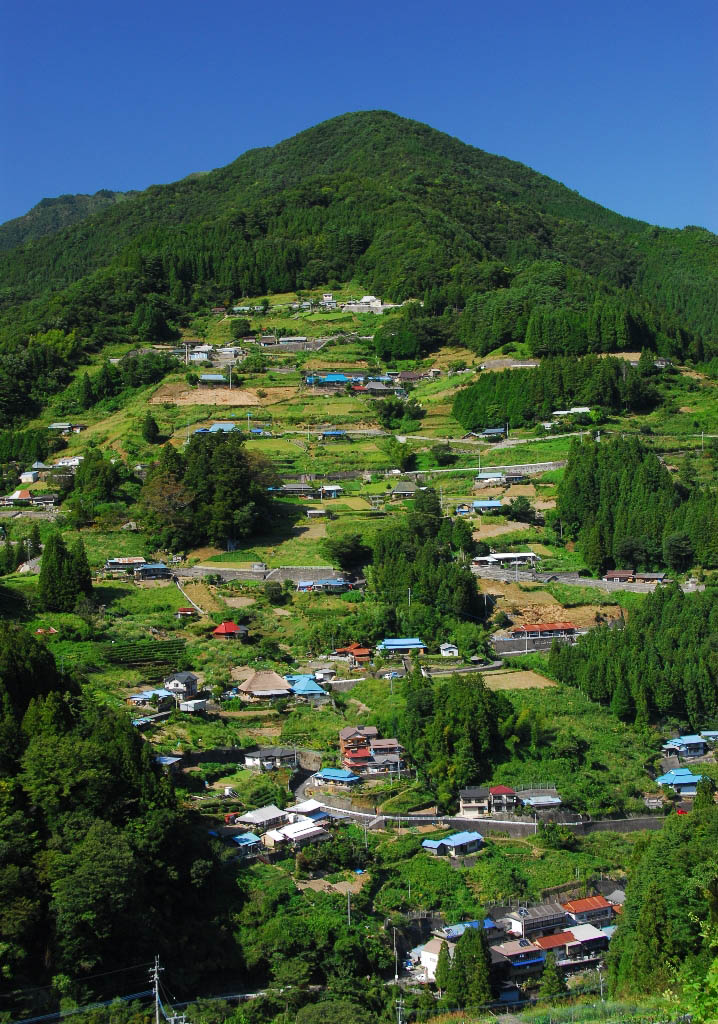 The Togenkyo-Iya project has restored eight of the vacant farmhouses in Ochiai Village and converted them into accommodations for visitors to stay in. Renovated with modern upgrades, the homes still feature their original wooden beams and large thatched roofs. And the place has all the elements that Alex loves. By making available these beautiful traditional houses to tourists, many people, especially foreign visitors, have been attracted to this remote and natural place.

“I’m glad that Iya isn’t simply known to me,” says Alex, “but that it is now known throughout the world.”

And an additional feature of the tour is the “Iya Nouvelle Lunch”. For centuries, buckwheat (soba), varieties of millet, and potatoes have been cultivated upon the steep sloping farm fields of the Iya region. Accordingly, this special lunch course offers these traditional ingredients along with wild boar, venison, and river fish while using cutting edge techniques for their preparation. The meal is provided by Obokekyo Mannaka Hotel, where one can also enjoy their relaxing hot spring baths that overlook Oboke Gorge. 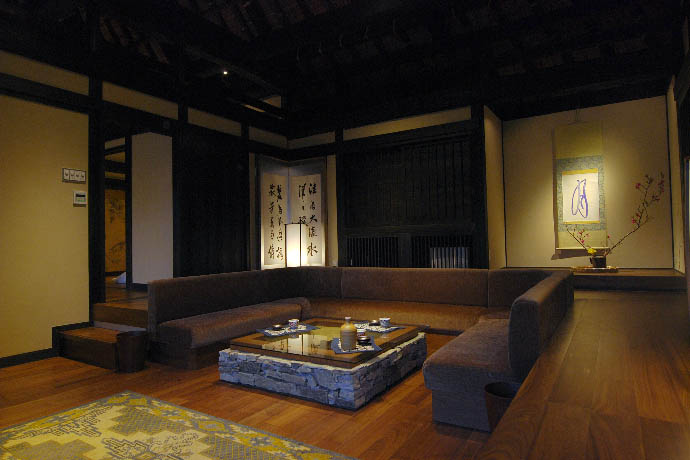 Iya is full of many hidden charms which Alex is “reluctant to reveal”.  Due to the coronavirus situation, the date for his tour is still undecided, but for now, please enjoy some of Iya’s secret beauty in the video below.

And once it is possible to again travel freely, please be sure to visit Iya at least once to find your own hidden charms that you, too, may also be “reluctant to reveal”.