East Asian culture researcher and writer Alex Kerr is involved in a wide range of activities, including the restoration of traditional homes as well as providing consulting across Japan. His connection to the Iya Valley spans decades and he considers Iya to be his second home. A tour in Miyoshi City featuring Mr. Kerr entitled “Travels in Iya I’m Reluctant to Reveal“ is being planned, however the date is still undecided due to the coronavirus situation. But for now, please enjoy some of Iya’s hidden charms which he introduces in the video below.

“Until the 1930’s, Iya was almost like an independent nation, since it was so far removed from the rest of Japan,” explains Alex. “The Iya Valley and the Iya Gorge are like the Tibet of Japan.”

When most people think of the Iya Valley, it is the renowned Kazurabashi Vine Bridge that usually comes to mind. And while the famed bridge is certainly attractive, for Alex, the most appealing aspects of Iya are its more primitive and mysterious parts.

These include secluded shrines deep in the mountains, old mossy tombs, thatched-roof farmhouses perched on the steep hillsides, and the ancient local lifestyle centered around the traditional irori floor hearths. 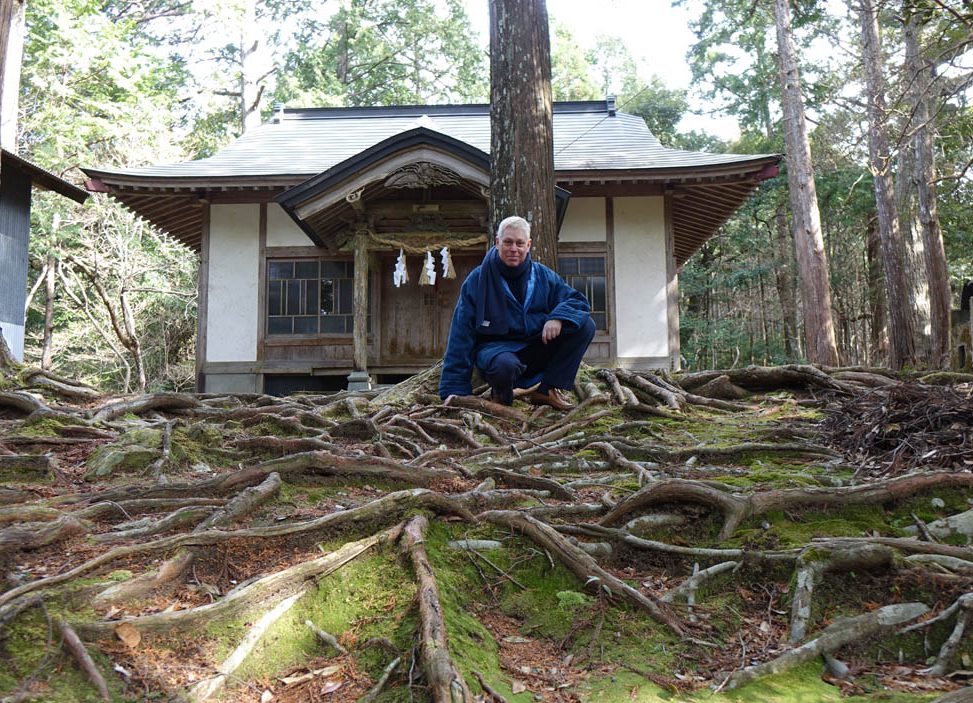 Located about 15 minutes from Oboke Station on the grounds of Gosho Shrine in the Kamiahashi area of Nishi-Iya (West Iya), there is an enormous cedar (sugi) tree that is believed to be 1100 years old. The trunk of this massive tree is 12 meters in circumference, and from about 5 meters above the ground it splits into seven main branches that rise up 45 meters into the sky.

In touching the massive trunk, Alex comments and chuckles about how typical cedar trees are usually straight and thin, but ones like this “are really kind of monstrous, Jurassic looking trees with huge branches going off… This is the ancient look of a really old sugi (cedar), and it’s a remnant of really ancient Iya.” 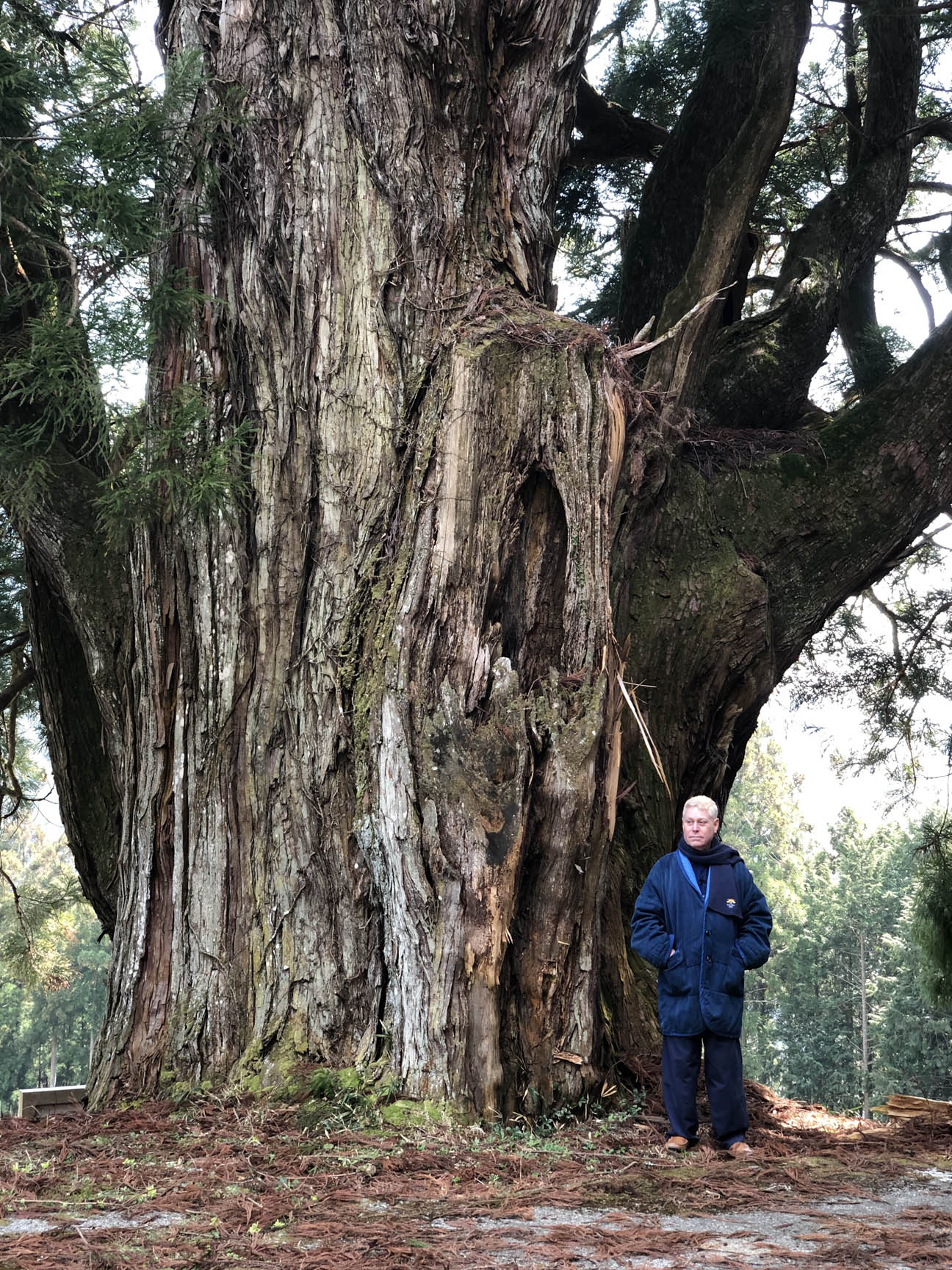 One of Alex’s favorite places is Arimiya Shrine.

“The old, crumbling stone steps here covered with moss create an atmosphere that is hard to describe. It’s an atmosphere that harks back to ancient Japan,” says Alex. “The mountains of Iya are so steep that it’s hard to know what lies at the top of such staircases. In climbing stairs like these to discover what they have hidden above is one of my favorite aspects of Iya.” 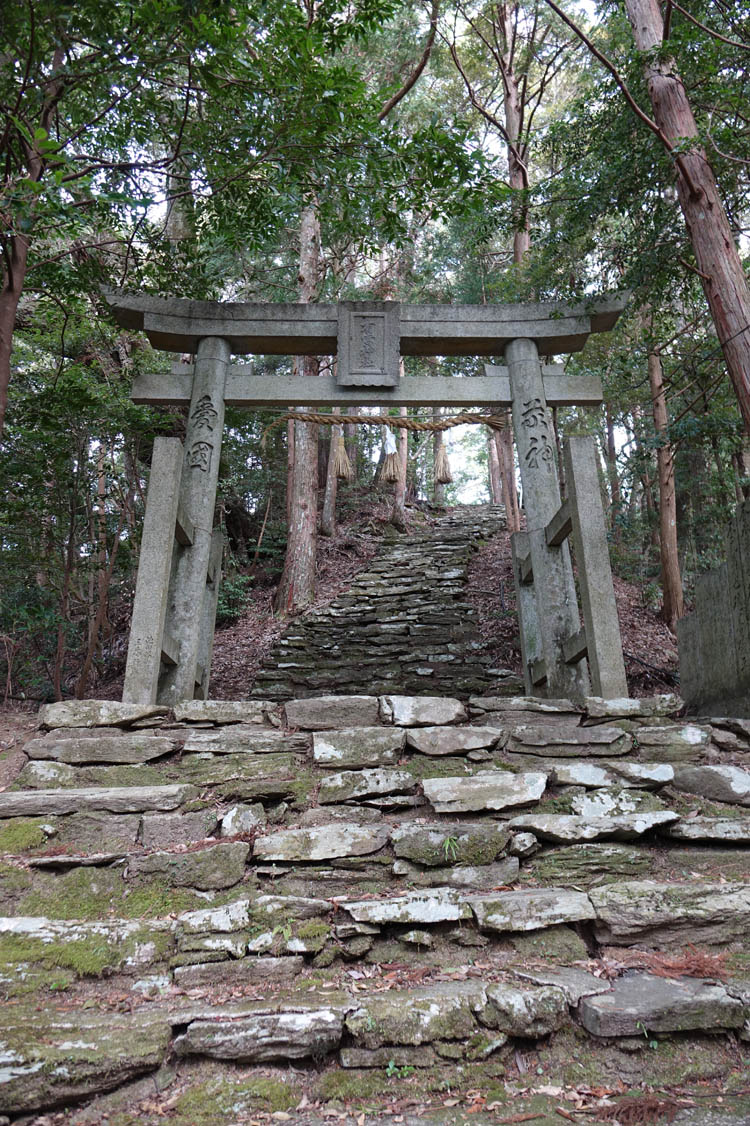 Near the Arimiya Shrine is the historic residence of the Tokuzen family, which is one of the eight families who reigned over the Iya Valley in ancient times. Here can be found the secretive “Flat Graves” which are particularly unique.

According to legends, it is said that when the Heike people escaped to Iya 800 years ago in order to hide, they built their tombs in this flat style in order to make them concealed since standing graves would be easily seen. 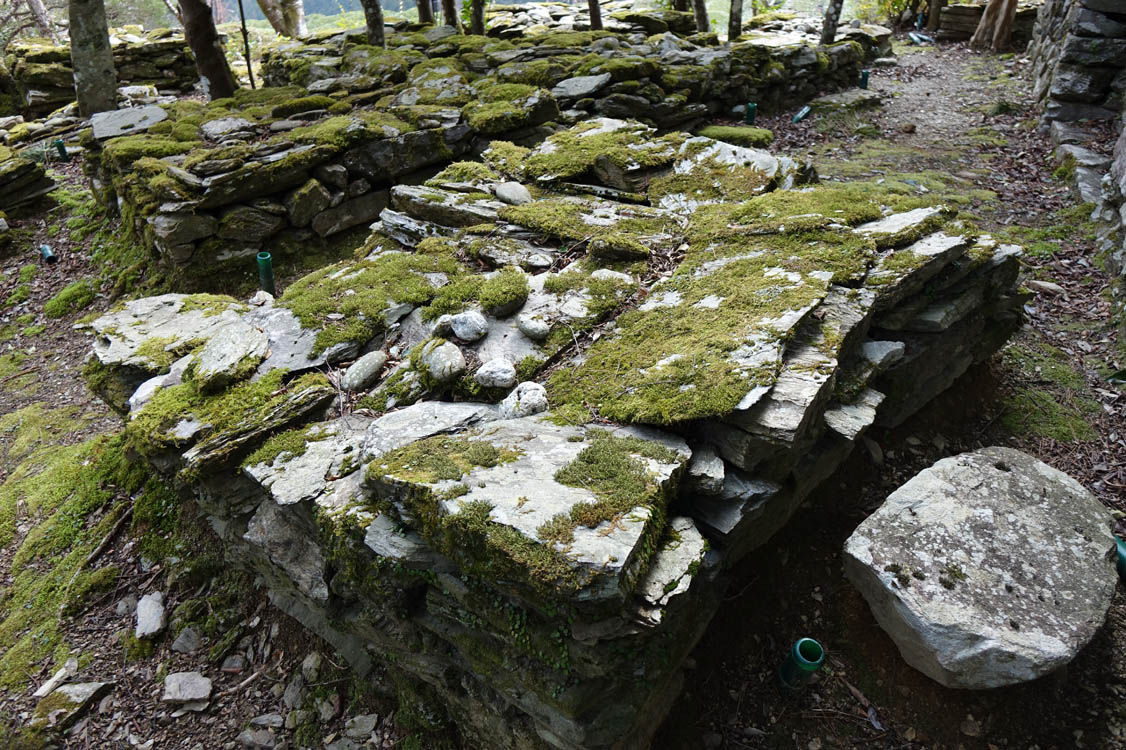 Nearly a thousand years old, these tombstones are now covered in lush moss. According to Alex, Iya’s secrets can be found in the connections created between humans and nature.

In Part 2, we will visit some of the traditional farmhouses that Alex has helped to redevelop.