As explained in Part 1, the “Sea of Clouds” natural phenomenon is when early morning fog settles into the valley, making the surrounding mountains peek out like islands.

Watching the “Sea of Clouds” above Miyoshi’s Yoshino River from Oboke’s Asahi Viewing Deck is otherworldly.

Aside from needing the atmospheric conditions to be just right, as well as the need to get up before sunrise, it’s also important to be high enough in the mountains to see the “Sea of Clouds”. 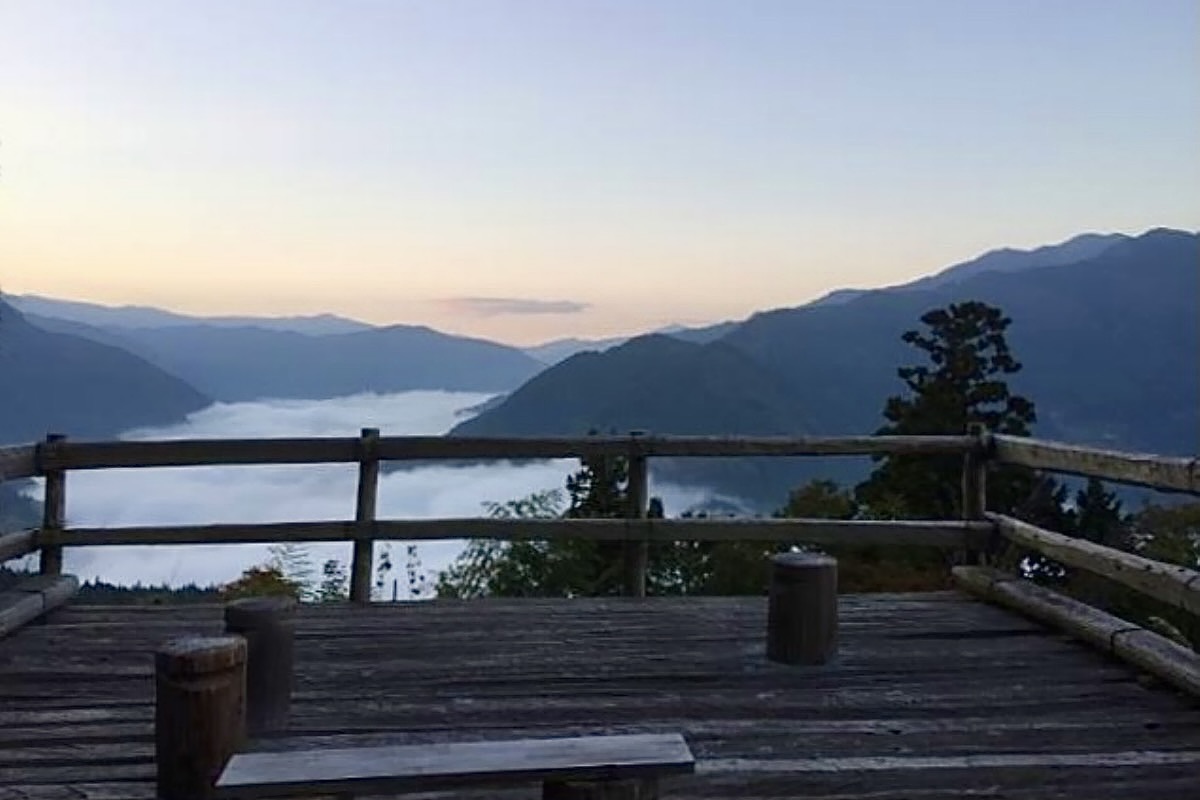 Usually you need to be at least 300 meters or more above the valley bottom in order to see it properly, and at the Ahashi Viewing Deck in the Oboke part of Nishi-Iya, the elevation is 575 meters with the Yoshino River about 400 meters below.

Built in 2015, this viewing deck was specifically created for observing the “Sea of Clouds”. The surrounding trees were cut out to allow for great views and the wood from those trees was used to make the deck itself. There are also some log chairs here for enjoying the view to your heart’s content while drinking some early morning coffee. 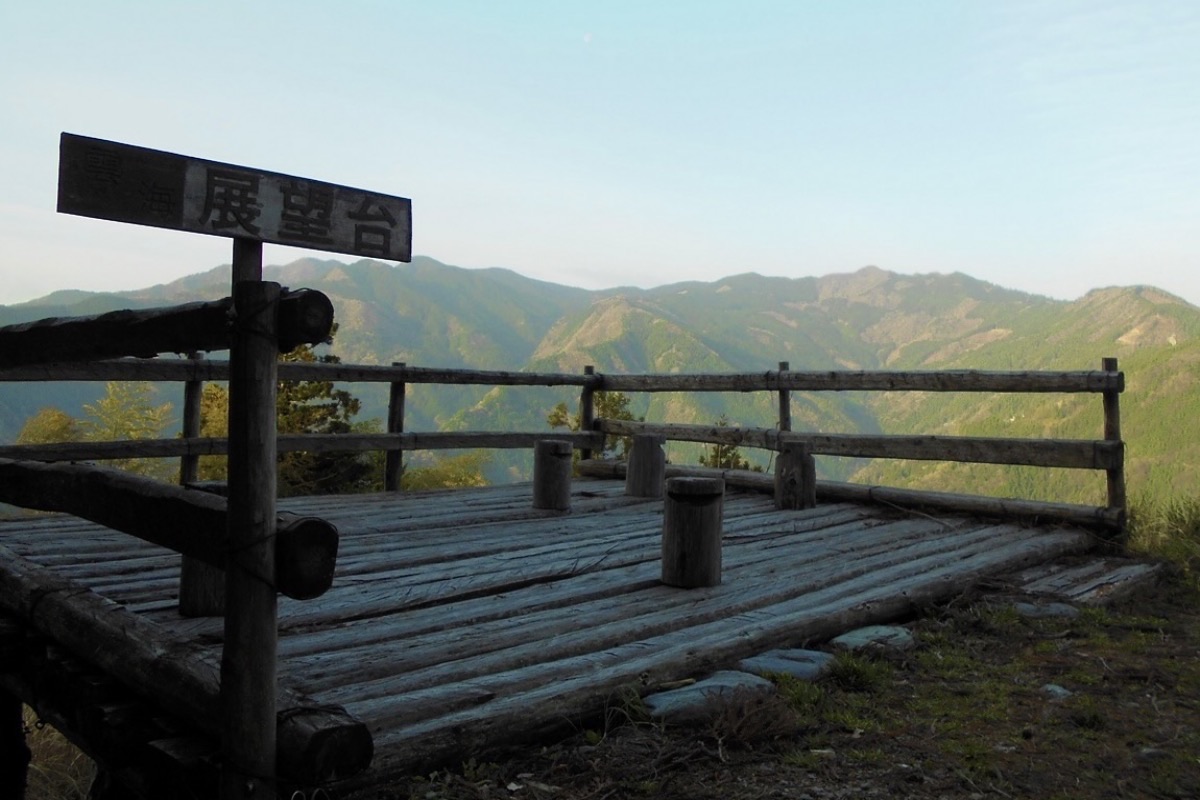 In addition to Ahashi Viewing Deck, there are several other viewpoints in Miyoshi City to see the Sea of Clouds, as well as right from some guest houses, and we hope to write more about those spots in the future.

The best conditions for seeing the Sea of Clouds include:

If coming from Oboke, go up Rt 45 from Oboke Station about 10 minutes. About 500m before the Iya Tunnel, go to the right onto the access road leading into the forest.

If coming from the Iya Valley, go up Rt 45 from central Nishi-Iya about 5 minutes and go through the Iya Tunnel. About 500m after the tunnel make a very sharp left turn (almost a U-turn) onto the access road leading into the forest. 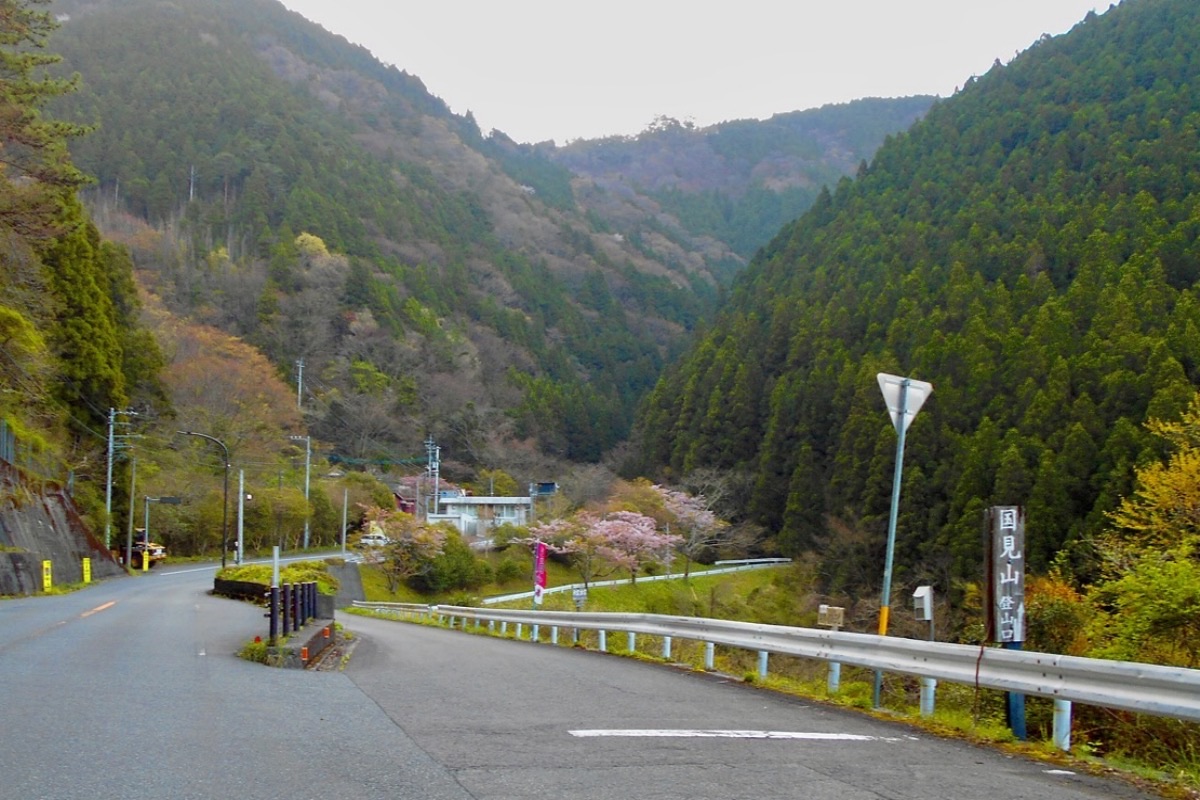 The hand-painted signs for this access road are only in Japanese, and the largest says “国見山” (“Kunimi-san”).

Once on the access road, follow it as it curves to the right around the mountain through thick forest. After about 2.5km you will see a small viewpoint on the right with a wooden railing (also nice views here), and about 50 meters after this near the large cell-phone antenna is the Ahashi Viewing Deck.

So when visiting the Iya / Oboke area, hopefully the conditions are right for you to see the magical “Sea of Clouds”… and be sure to remember to bring along some coffee!

For more information about the Ahashi Viewing Deck