Even for Japanese people who are not fans of baseball, it’s quite possible that they heard of Fumiya Tsuta, who is better known as “Tsutahan”, and is the former Ikeda High School baseball team director. Indeed, ever since the team was runner-up at the national Koshien baseball tournament in 1974 (an annual event that is particularly popular in Japan), he has led the team through several winning seasons and multiple national tournament championships, making Ikeda for several years the number one high school team in the country. Tsuta, whose nickname is “Seme-Daruma” (“Attacking Daruma”, who is the founder of Zen Buddhism), is known throughout the country for coining the terms “Refreshing Eleven” (“Sawayaka Eleven”) and “Mountain Echo Batting Line” (“Yamabiko Dasen”).

In this article, we will introduce Tsutahan’s grandson, Tetsuichiro Tsuta, who also happens to go by the title “director”, however he is not a baseball team director but instead a director for film production. Amongst his works, he has made a widely acclaimed documentary about his grandfather called “Director Tsuta: The Truth About the Man who Changed High School Baseball” (“Tsuta Kantoku: Kokoyakyu-wo Kaeta Otoko-no Shinjitsu”). 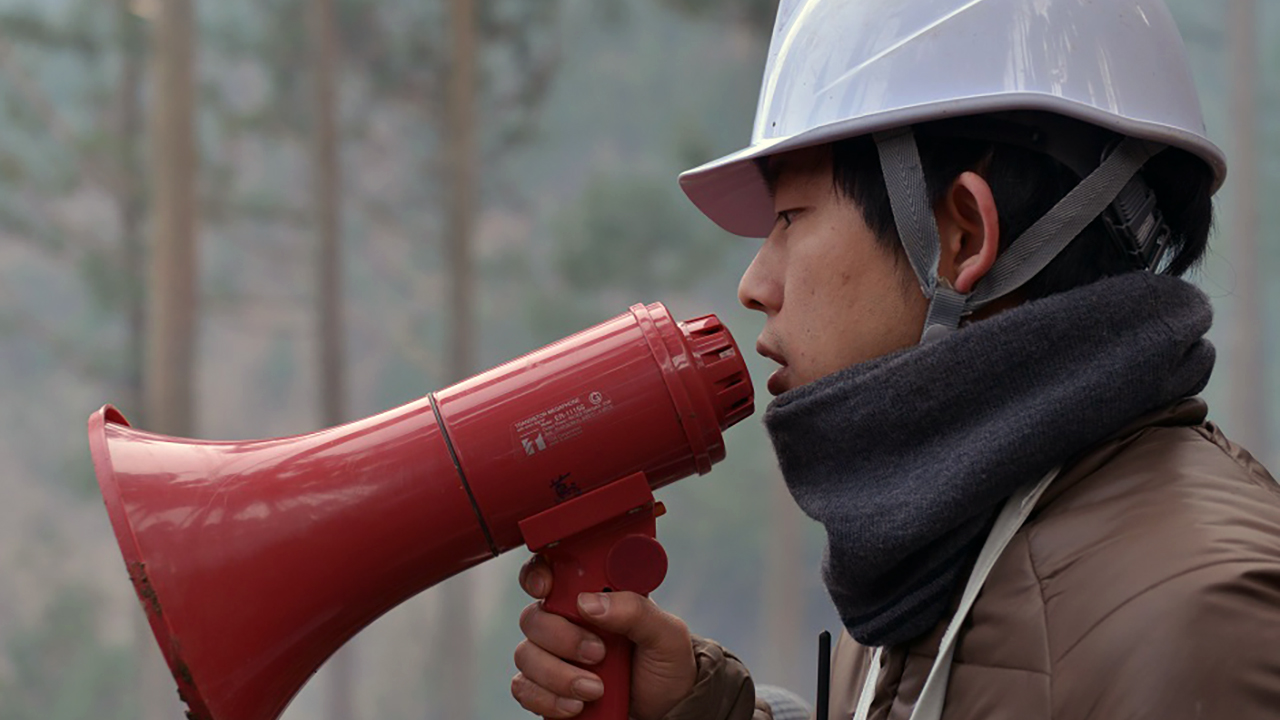 His renowned feature film “Iya Monogatari Oku-no-Hito (The Tale of Iya)” won the Special Mention Award in the “Future of Asia” section of the 26th Tokyo International Film Festival.

We asked Tetsuichiro to talk about his life and work:

“When I was a child, I didn’t really learn about baseball directly from my grandfather. It was in my first year of high school that my grandfather passed away, and ever since elementary school I had always been more interested in playing soccer.

“My main memories of my grandfather was that he was just a typical grandpa. He bought me toys and model kits, and our relationship was rather normal. Yet when I think back, on the one hand might have been just a regular grandfather, but he also had this special aura around him which made him seem a bit inaccessible.

“However, being that my grandfather was rather famous in this area, it also gave me several opportunities to be on stage and attend events since I was the grandson of this renowned baseball director.

“Actually, I filmed my documentary “Director Tsuta: The Truth About the Man who Changed High School Baseball” while I was filming a different film.

“The concept for my grandfather’s documentary was born from the requests of several local people. It took me about four years to make the film, whereas I needed to gather material from his former members at Ikeda High School who went on to be professional baseball players, as well as interviews with the directors of rival baseball teams at the Koshien tournament, and of course, footage of my grandmother who always supported he my grandad. 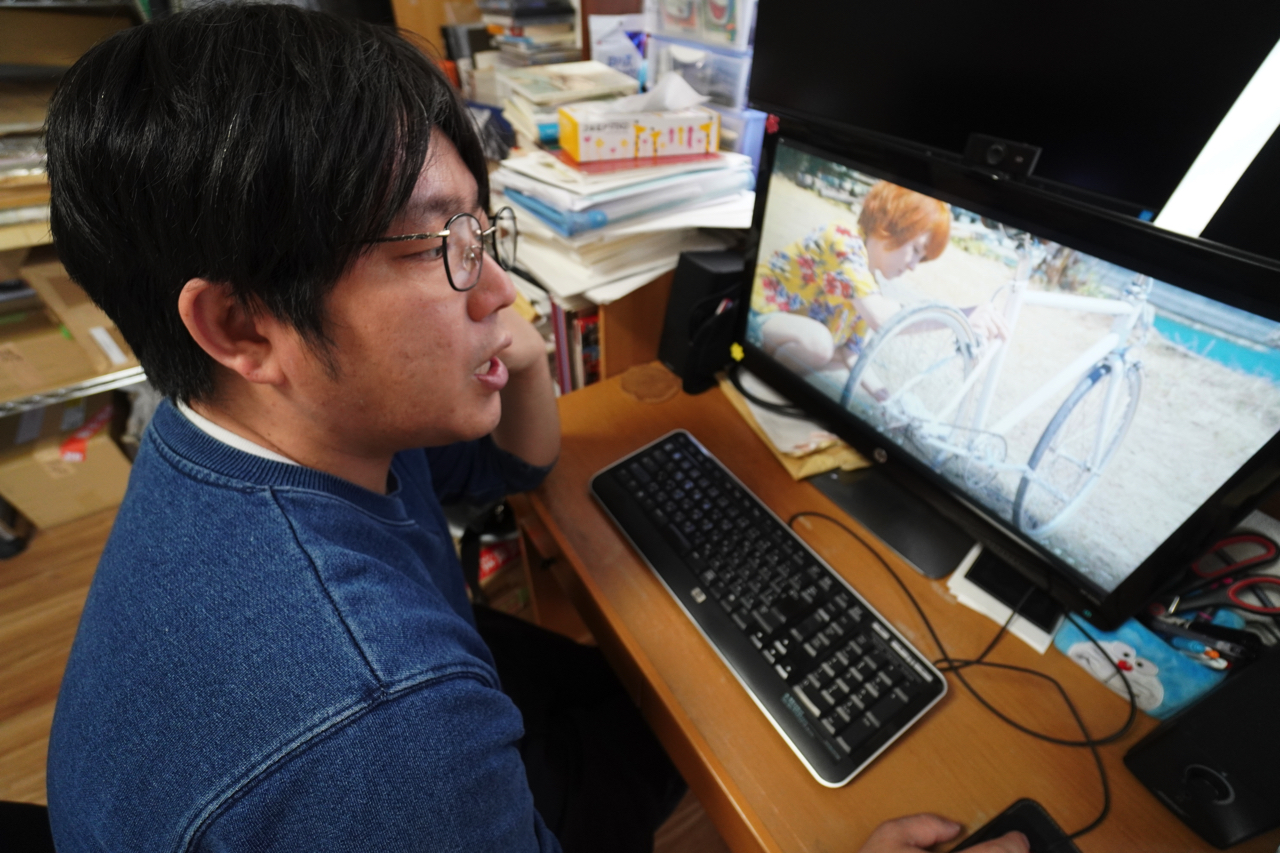 “At that time, I was already filming “Iya Monogatari Oku-no-Hito (A Tale of Iya)”, which was based on people who live in the Iya Valley area of Miyoshi City in Tokushima Prefecture.

“The Iya Valley is a place where original scenery still exists, and is famed as being one of the hidden regions of Miyoshi City, Tokushima. At the time I was putting the film together, the city was trying to develop tourism in the area, so I was able to get a lot of support and cooperation from the local people and the city government.

“In my case, whenever making a movie, I usually take the theme of portraying the “coexistence of humans and nature”.  I think for the rest of my life I will continue to shoot these types of films.

“In the past, stories of human drama were the central themes of mainstream movies, but due to the environment of where I was born and raised, in the Tokushima Prefecture town of Ikeda located in the center of Shikoku, I could not detach myself from the keyword of ‘nature’. Nowadays, terms like green tourism and SDGs (Sustainable Development Goals) have become popular, but I’ve been having these feelings my whole life.”

Set in Tokushima’s Iya Valley, which is said to be one of the last unexplored regions of Japan, this feature film depicts the grandeur of living connected to the earth through the interactions of younger people from the city and the local people who have continually existed in such remote nature. 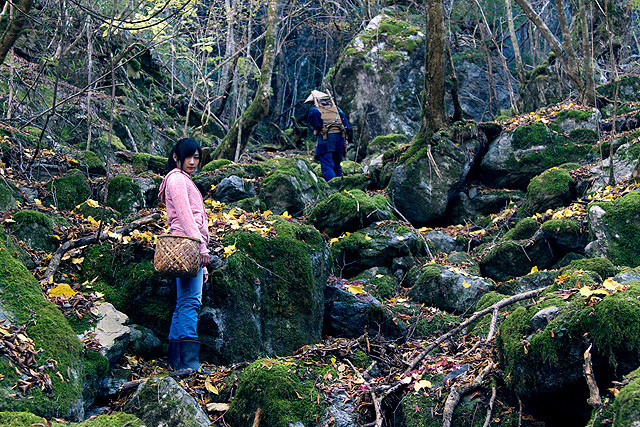 In Part 2 we will go deeper into director Tetsuichiro Tsuta’s commitment to film making as well as his feeling about the local community.