Yoshinogawa Sports Park is in the Ikeda-cho area of Miyoshi City. There is a bridge called the Hesokko Ohashi nearby. As events were being cancelled left and right due to the spread of COVID-19, this bridge was used as an enormous screen for a drive-in theater.

They screened the family movie Casper for around two hundred people to enjoy. The person who planned the event, Shinichi Masaki, saw off the families and other people after the movie was over, and said, “I think we had a great response. Everyone had a smile on their face and seemed to enjoy themselves.”

Masaki has visited around 50 countries, meeting people and experiencing cultures around the world. After working at a local fire station for around a decade, Masaki decided that he wanted to expand his horizons, see the world, and grow as a person, so he left for trip around the world.

Masaki explains, “I wanted to make people laugh so I travelled in costume.”

Why did he do this? It comes from his experience as a firefighter, when he was called to the scenes of many suicides.

“I wanted to find a way to help people be more comfortable, to help them be able to relax and enjoy their lives more. So I thought, what can I do for people?” he says sincerely. 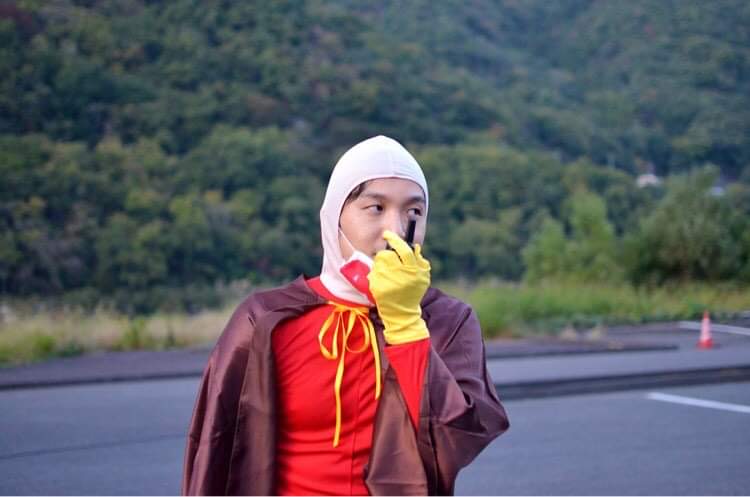 He is currently planning film screenings at other locations – such as waterfronts, shopping areas, and Kazura Bridge – in the hopes of creating new places for people of all ages to enjoy themselves. He believes that his work will help revitalize the Miyoshi area, and let him give a little back to the place he was born and raised.

He feels that watching movies gives people the chance to experience a world different from the one they live in, and gives people dreams and hopes to hold.

“For example, when you watch a movie, you learn about the wider world and that there are people out there who need help. Then people start thinking about what they could do to help. They might think about visiting those places. They might think about getting national qualifications. I think this sort of event can spark off those sort of thoughts and actions in people,” Masaki says.

He also believes it is important for people to gather and share feelings with each other. He is planning other events where people can watch a movie that addresses a social issue, then attendees can share their feelings and thoughts in a discussion afterwards.

Masaki believes that it’s the things that are difficult that are fun.

“When I was in Namibia, a pair of men grabbed me by the arms and stabbed at me with a knife, and I was scared. I shook my arms free and ran away as fast as I could,” he tells us.

That was one of his worst experiences, but throughout his trip, he was robbed and had things stolen. He received a talking to from a police officer while drinking a beer in an airport waiting area. One time he couldn’t find a toilet, and so while taking care of business behind a tree, he was discovered by police, put in a patrol car, and taken to the police station. He experienced altitude sickness while climbing Mt. Kilimanjaro. Masaki faced many difficulties, but every time, he received help from local people. Hearing his stories, it feels as if the true pleasure of travelling comes from experiencing the kindness and warmth of others.

On his voyage, Masaki also realized just how lucky Japanese people are to be blessed with the opportunities they have.

“People in Japan tend to think that failure is not a real option, so they are afraid that people are watching them, and are afraid to make mistakes, and they never challenge themselves to find what they truly want to do. That is such a waste. The fact that they were born in Japan is the biggest opportunity of all,” Masaki says.

People often hear people say that it is okay to fail, but what is important is to challenge yourself, but it just sounds so much more genuine hearing it from Masaki, who is actively practicing what he preaches and working to help make people happier. Masaki is just trying to help others, and in the best sense of the word, he can be described in a simple way – as a man who inspires others to support him in his chivalrous goals. 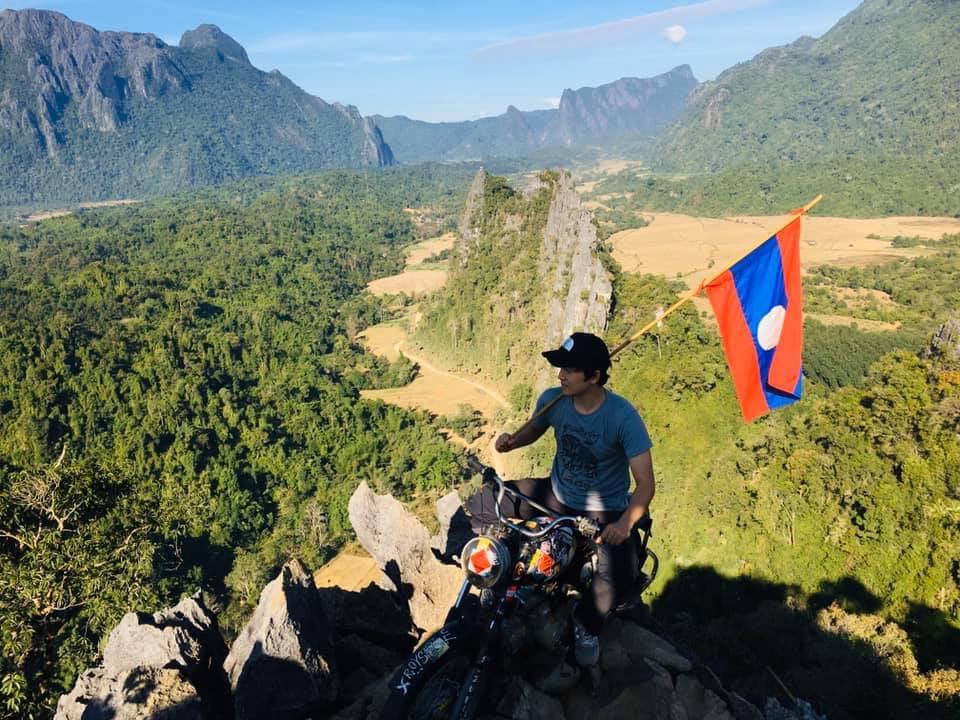