“First are legs. Second are dogs. And third is the gun.” I was at the deep Iya Valley home of old-school hunter Eiji Domai and he was explaining the traditional methods “oi-yama”, which is a somewhat peculiar sounding term in Japanese used by outdoorsmen for “hunting”, yet is more directly translated as “chasing the mountain”. 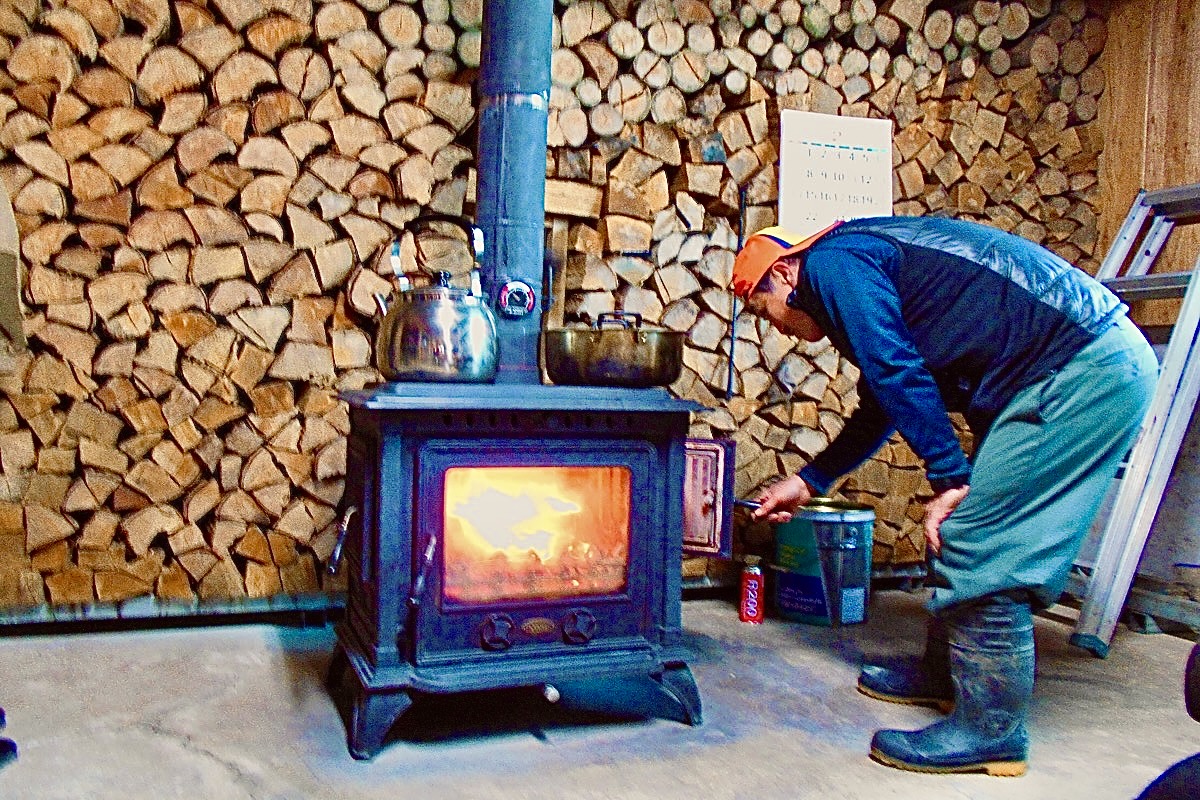 The walls of Domai-san’s den were stacked high with wood and a mid-winter fire was ablaze in his large stove. All about the place were the markings of his craft: a slew of knives, a variety of antlers and taxidermy, and a hefty winch bolted into the ceiling that he uses to suspend his catch for butchering.

“When on the hunt, having the best rifle in the world means nothing if you don’t have good legs for the chase and trained dogs that know what to do,” according to Domai-san. “That’s why the gun is only third in importance.”

Indeed, the hunt for wild boar and deer in the steep mountains of central Shikoku is a task for neither the meek nor the mild.

Winter is the season for wild boar, when hunters like Domai-san take their packs of 4 or 5 dogs into the forest to scout the snow for fresh boar prints. Years of practice have taught him how to judge the prints, from the size of the animal to how long before it was there. 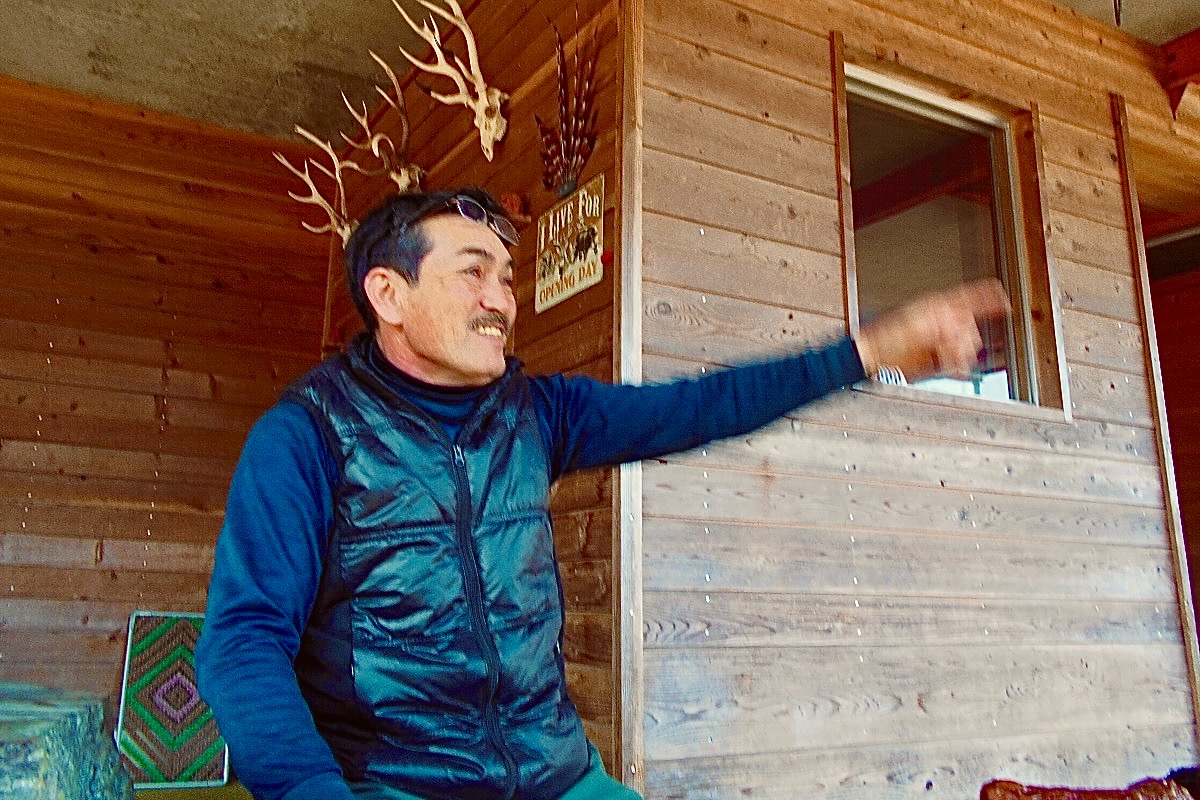 Once good prints are found, the hounds are released and the chase begins. Often covering well over a dozen kilometers and a full day of running, if the dogs are successful they are trained to encircle the boar and bark incessantly to keep it from escaping. When the hunter finally catches up, he finishes the job with his gun, and then begins the arduous task of hauling out the animal.

“Once we got a 150kg boar at the bottom of the valley,” Domai-san explained. “It took me and five other guys 9 hours to pull it up to the road!”

But times are changing and hunting has become much less common today. On the one hand this can be good for someone like Domai-san, who nowadays usually hunts alone, since there are a lot more animals around. 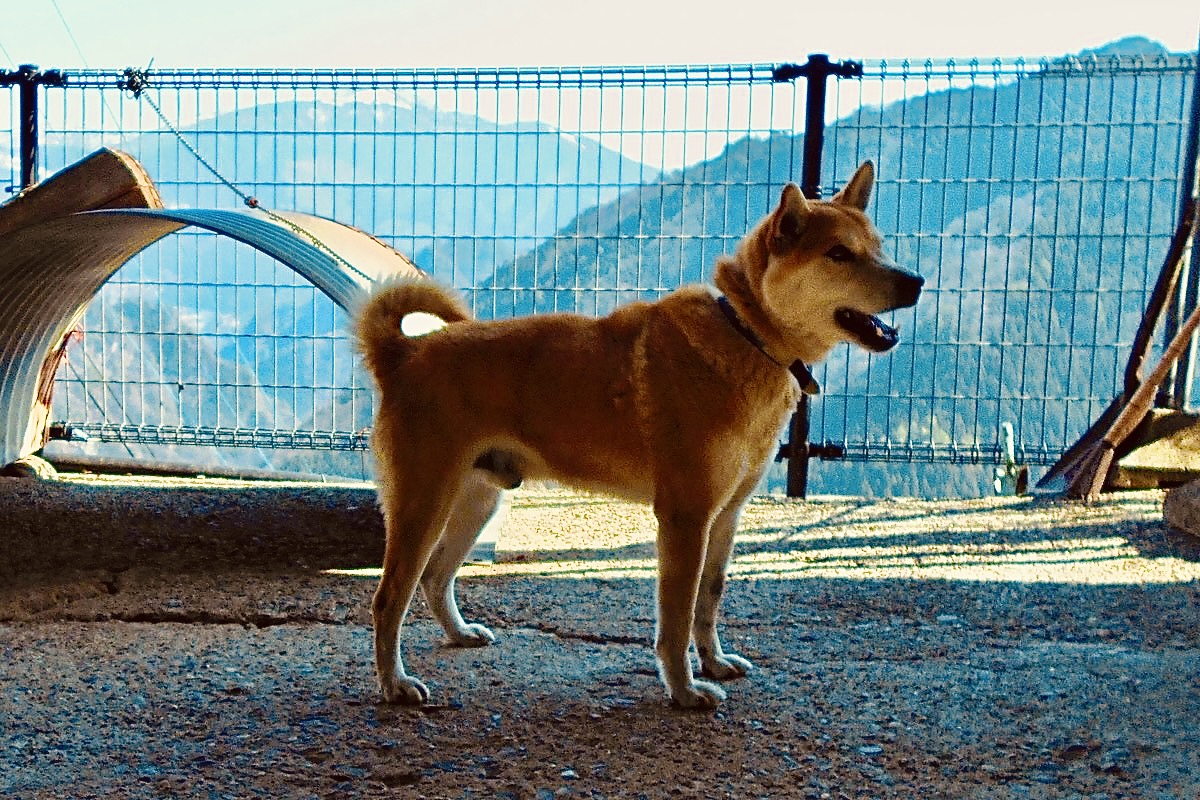 “As a kid, I used to catch rabbits and mountain pheasants on my own, but wild boar and deer were pretty scarce. There were still lots of hunters around as I grew older and began hunting for real, but if we ever caught a boar we’d have to split the meat between everyone in the group.” He laughed as he detailed what this sharing meant as a younger member. “If we got a 50 or 60 kilo boar, there were so many guys involved I’d be lucky if I could get just a handful of meat!”

However, the lack of hunters today also means an increase in the animal populations, and in parts 2 and 3 of this series I’ll explain the effects of this and how it is being managed.