The heart of the house

Within the older homes of the Japanese countryside, and particularly in the thatched roof farmhouses of Miyoshi’s secluded Iya Valley, probably the most prominent interior feature is the irori, which is essentially just an open fire pit built into floor.

Used for cooking, heating, and for socializing around, these traditional hearths bring the campfire atmosphere into the home and serve as a focal point for daily Iya life. Though there is no fixed size, an irori is usually about 1 meter square, formed from clay inside with a stone foundation, and ringed on its top edge with a thick wooden mantle frame. 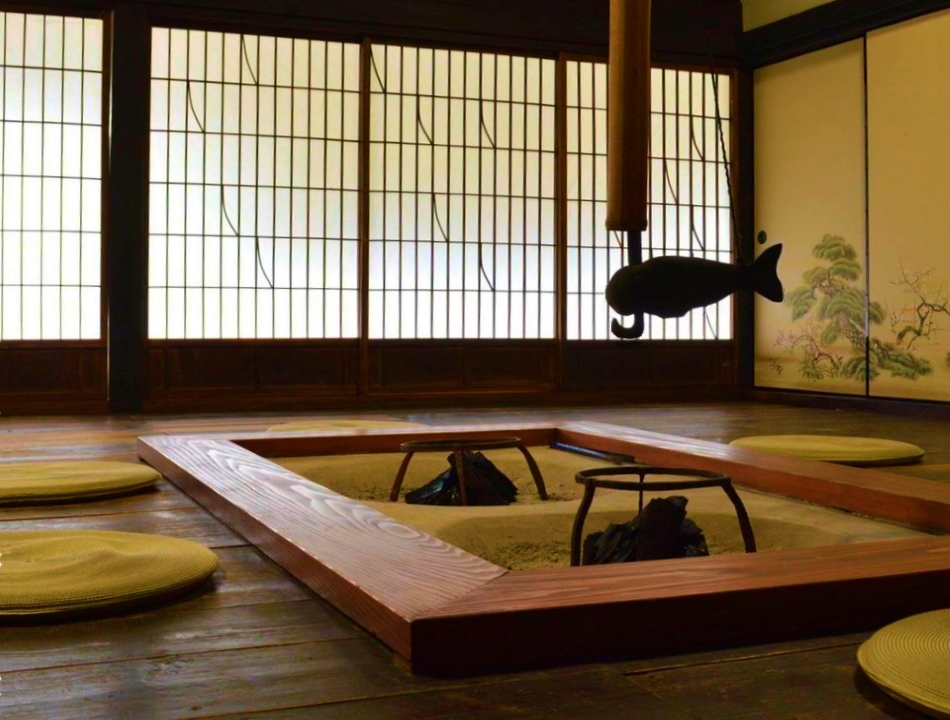 Usually located in the center of the main room, some more stately Iya Valley farmhouses feature broad double-sized irori or even two irori in the same room. Within the irori a small wood or charcoal fire is almost continuously burned, upon which food is roasted or stewed.

Suspended above is the bamboo jizai-kagi, which is a long adjustable hook that holds a water kettle and features a wooden adjustment lever that is often in the form of a fish. People say that it takes this symbolic shape since fish sleep with their eyes open, so it acts as a talisman for fire protection 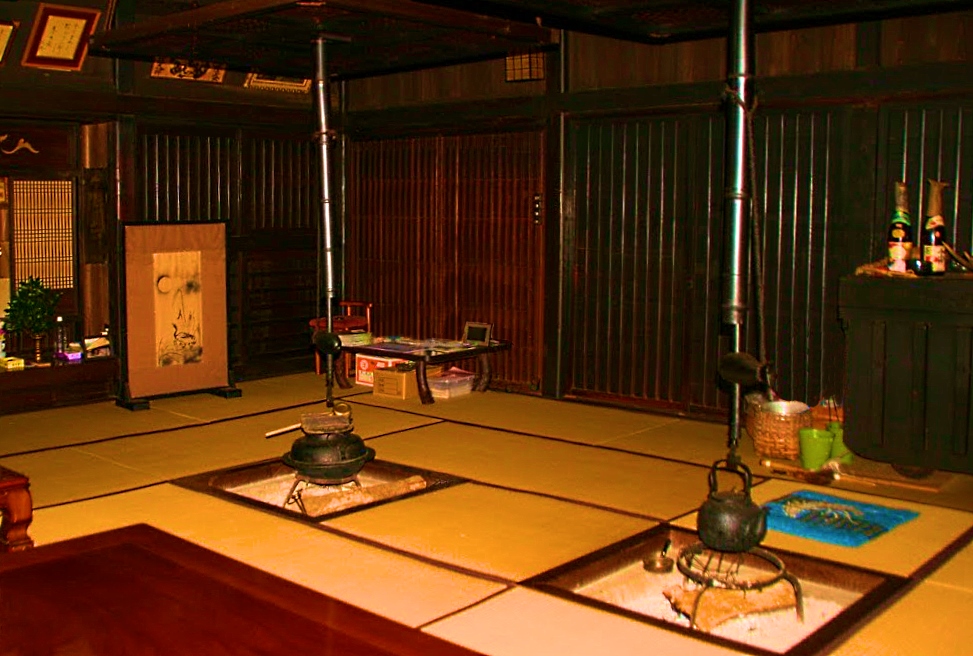 Nowadays, even though modern homes rarely feature these beautiful floor hearths, Japanese people continue to revere the sentimental function of these ancient, life-sustaining fixtures. And while irori are often only ever seen in movies or museums, the Iya Valley is still a place where people gather around them in their true form, allowing visitors to experience the customs of traditional life.

In Part 2, we will explain how Iya life revolves around the irori.