Historically, irori in the farmhouses of the Iya Valley served a variety of functions. For one, they would be used as a place to both dry wet clothes and to dry foods for preservation. And until relatively recently, tobacco was grown as a cash crop throughout the Iya Valley, and the harvested tobacco leaves were annually strung up on ropes in the rafters above to dry and cure with the aid of the irori smoke.

Another key importance was in how the smoke would raise up and permeate the thatched roof, helping to dry it out while also stopping insects from nesting there, and thereby preventing the thatch and its framework from rotting. 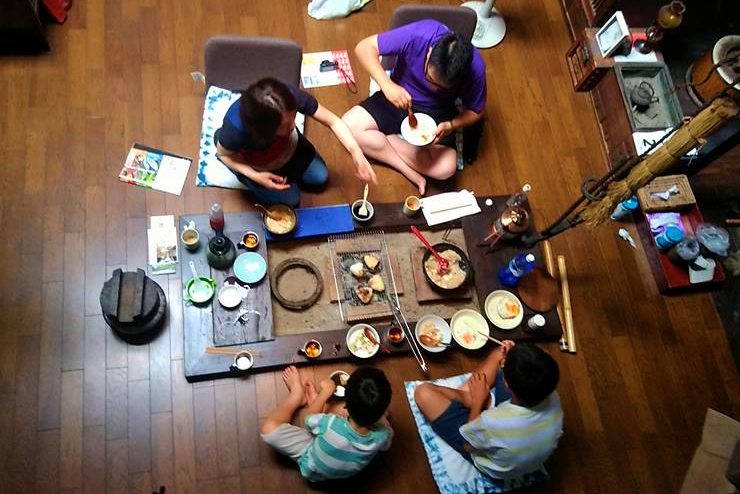 And while an irori always served as a gathering place for the family, around which they would tell stories while doing their daily evening tasks, one of the main functions was of course for cooking, and the Iya Valley has a variety of traditional irori-based foods. 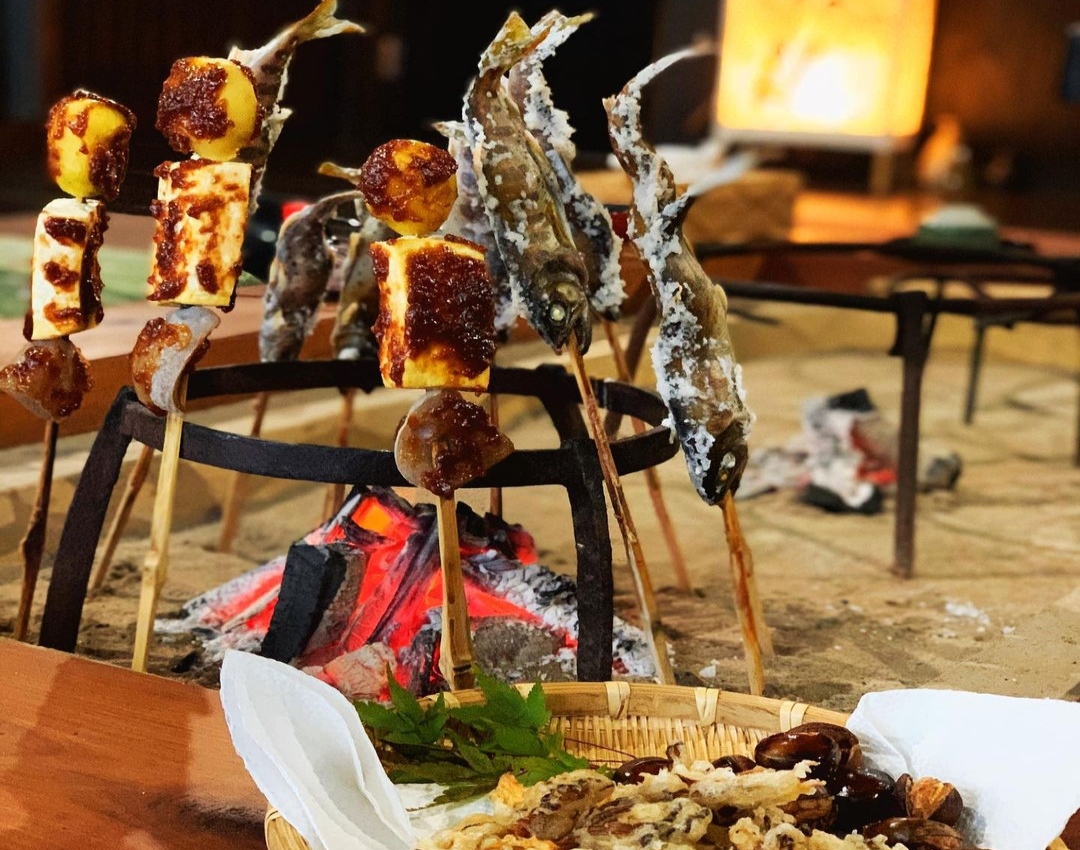 Barbecued river fish and wild game meat, roasted vegetables, and simmering stews all offer a hearty down-home taste that is intrinsic to the valley. One of the unique offerings only found in Iya is called dekomawashi, where a small local potato, a cube of dense local tofu, and a wedge of konnyaku are all put on a bamboo skewer, slathered with sweet miso paste, and stuck into the irori pit around the fire to slowly roast.

Indeed, the offerings of the irori are nourishment to both the stomach and the soul.

In Part 3, we will explain how and where visitors can experience irori life in Iya.