[MIYOSHI JIN] “I keep doing this because I have actually felt the benefits of it…” Kazuya Shima, community exchange center Hashikura Tocoton

In the early morning, you will usually find Kazuya Shima enjoying a cup of coffee and a chat with the local coffee shop owner. The conversation changes direction often, from silly things to friends and work, and even the state of the world. But, at the heart of the conversation is the concept of bringing their community together to exchange ideas and more. Shima is the head of publicity and planning at Hashikura Tocoton, a community exchange center in the Shuzu area of Ikeda-cho, Miyoshi.

The Hashikura Tocoton Community Exchange Center is a facility run by Ikeda Hakuaikai, a social welfare company that specializes in responding to the needs of the elderly and those with disabilities. The center is engaged in various initiatives that make the bedrock of the community, and locals can receive support for shopping and childcare, help in maintaining an independent lifestyle, and even take part in intergenerational exchange programs.

Shima is involved in numerous programs, one of which is called Tocoton Kissa. (Tocoton Café in English.) Tocoton Kissa is a small-scale market held on the first Sunday of the month, and each month, Tocoton invites between three and seven shops to come to the center and open booths.

“I hope it gives the shop owners a bit of PR, but I also hope they interact with each other,” Shima says.

Tocoton Kissa is coming up on its first anniversary, and there are already rumors that new products are being developed through collaborations between shop owners. Shima’s goal is to give people the chance to exchange ideas, and he also gets involved by sharing his ideas and promoting events. 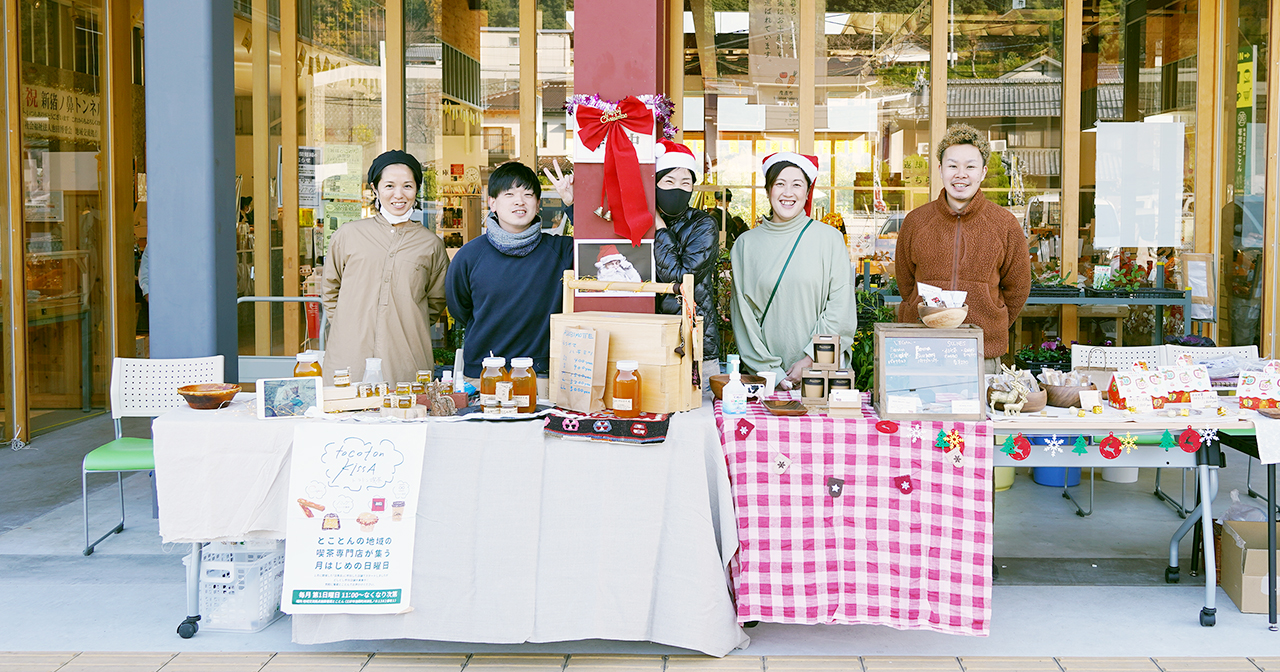 Another event he is involved in is the Book Exchange, which started in February 2020 as a chance for people to meet up and trade books they had finished reading.

At first, he set up book tables in the center’s event room, and book lovers would gather and look around to find something new. But he wanted to make it easier for people to trade books, so now they have bookshelves set up all the time. All people need to do is bring in a book and trade it for one they haven’t read yet. Some people will bring in three books and take just one, while others will exchange expensive-looking photography books for short paperbacks. They are all essentially equivalent exchanges, and it is interesting to see how people’s ideas of value differ. Everyone uses it in a different way, too.

“Some people come in around noon. I think it might be their lunch break. They go over and stare at the bookshelves for a bit, select a book, then sit down to read it as they have lunch. It makes me happy every time I see that,” Shima explains with a smile. 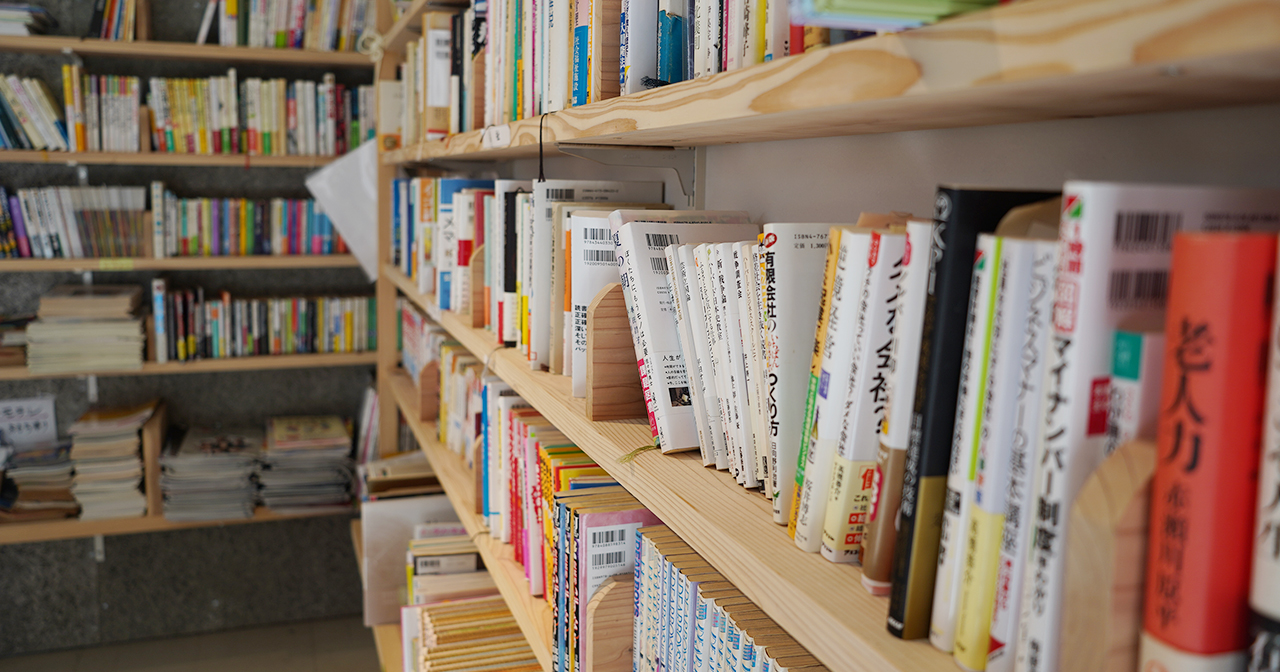 According to Shima, “I keep doing this because I have actually felt the benefits, and I’ve felt the drawbacks of quitting. The one who keeps going wins.”

It all started with a fun little idea of bringing things, ideas, and people together, but by continuing to do it, different people have been able to take part, and that has built up interest in the idea even further. That is surely how the center has managed to place itself at the bedrock upon which the community is built.

Shima tells us that he meditates every morning when he wakes up, for only five minutes. You might think that since he interacts with so many people each day, he might find his own ideas and way of thinking getting pushed to the backburner, but that is not so.

“I’ve been meditating for about a year, and it’s now as a part of my routine as washing my face. It helps me naturally find my true self – to bring me back to neutral,” he says.

Creating opportunities for community exchange can take up quite a lot of time, but Kazuya Shima keeps himself prepared, so that won’t be a problem for him.