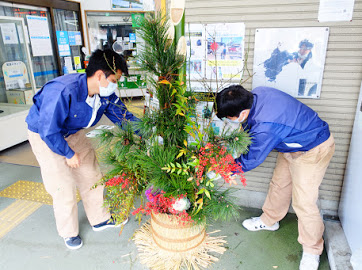 Even though this winter is said to be a mild one, the cold arrived in full force on December 8. That was also the day when the kadomatsu (a New Year’s decoration made from bamboo and pine) was set up at Awa-Ikeda Station.

This year marks the 32nd year of the annual kadomatsu decorating tradition, which began in 1989.

This year, once again with the cooperation of students from Tokushima Prefecture’s Ikeda High School, Miyoshi Campus, in addition to the kadomatsu, flower beds were planted on the station platform to add color to the scenery of Awa-Ikeda Station in the middle of winter. 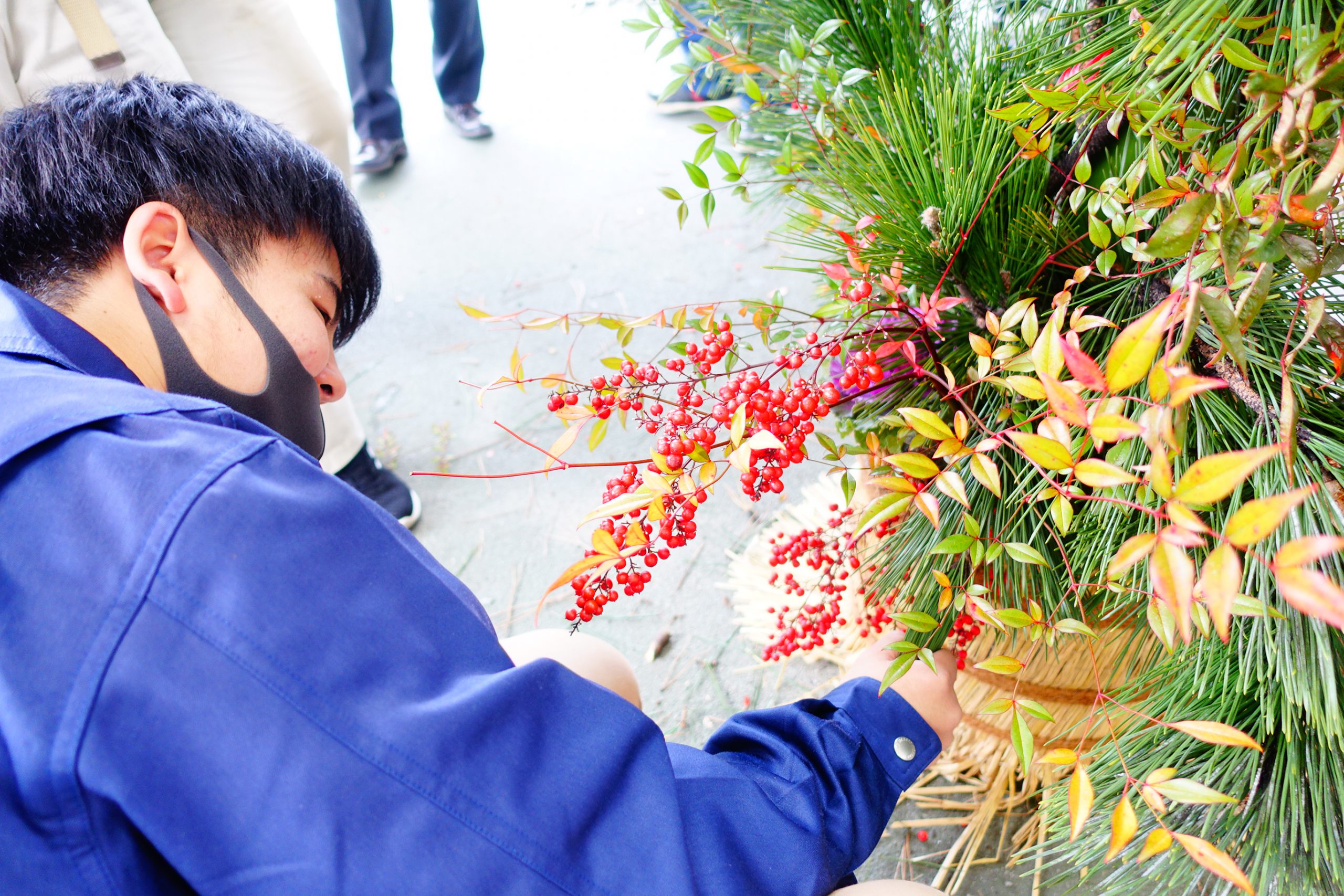 Ryuji Masaki, one of the students, smiles as he works on the decoration in the cold, saying that he was looking forward to this project.

“Making the kadomatsu wasn’t easy—we had to make sure that the pine branches weren’t too crowded in one spot and consider the color and compositional balance—but it was really fun. Fewer people may be out this year because of COVID-19, but I hope as many people as possible get the chance to see it.”

Ryuji has been interested in greenery activities since he was in junior high school. He loves his hometown and hopes that more people will be able to appreciate the abundance of greenery found here as one of the things that makes this area so attractive.

When I asked him what his dream for the future is, he replied with another cheerful smile, “I want to be a person who can help others.” 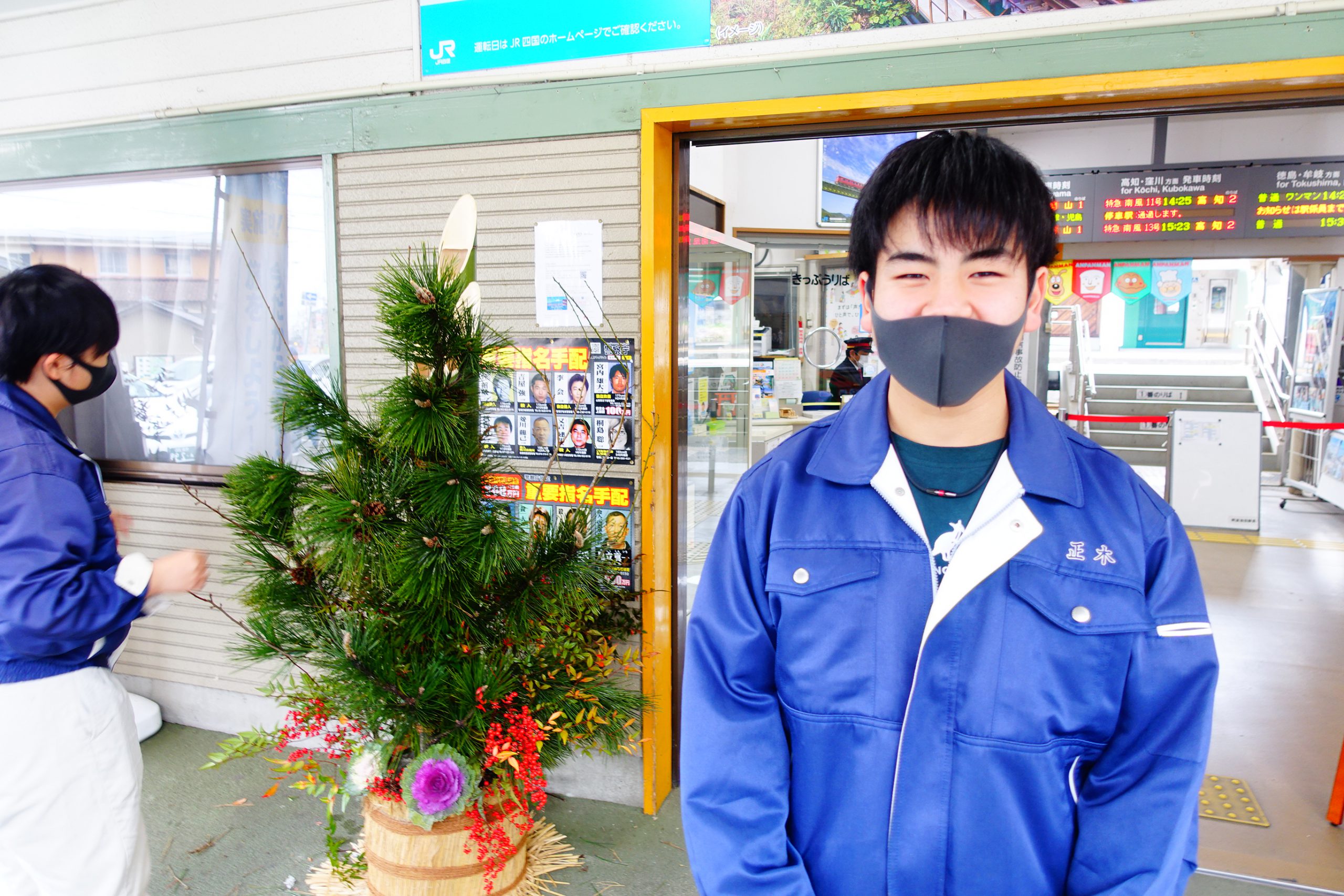 Ryuji’s smile was pure and bright. It was enough to convince me that he, having grown up free and relaxed, surrounded by abundant greenery, would undoubtably realize his dream to help many people in the future.

The kadomatsu will decorate Awa-Ikeda Station until January 15 next year.