Forests cover 86 percent of Miyoshi City, Tokushima. Living in this city, we tend to forget that we’re in a lush environment with trees all around us—trees we played under as children, trees that we see on walks or on our way to school or work. We will be asking Miyoshi City residents to introduce their “favorite tree,” an unforgettable tree that they personally cherish, to be showcased in this “86 Hugs” special feature, which will include an article and photo of them hugging the tree. 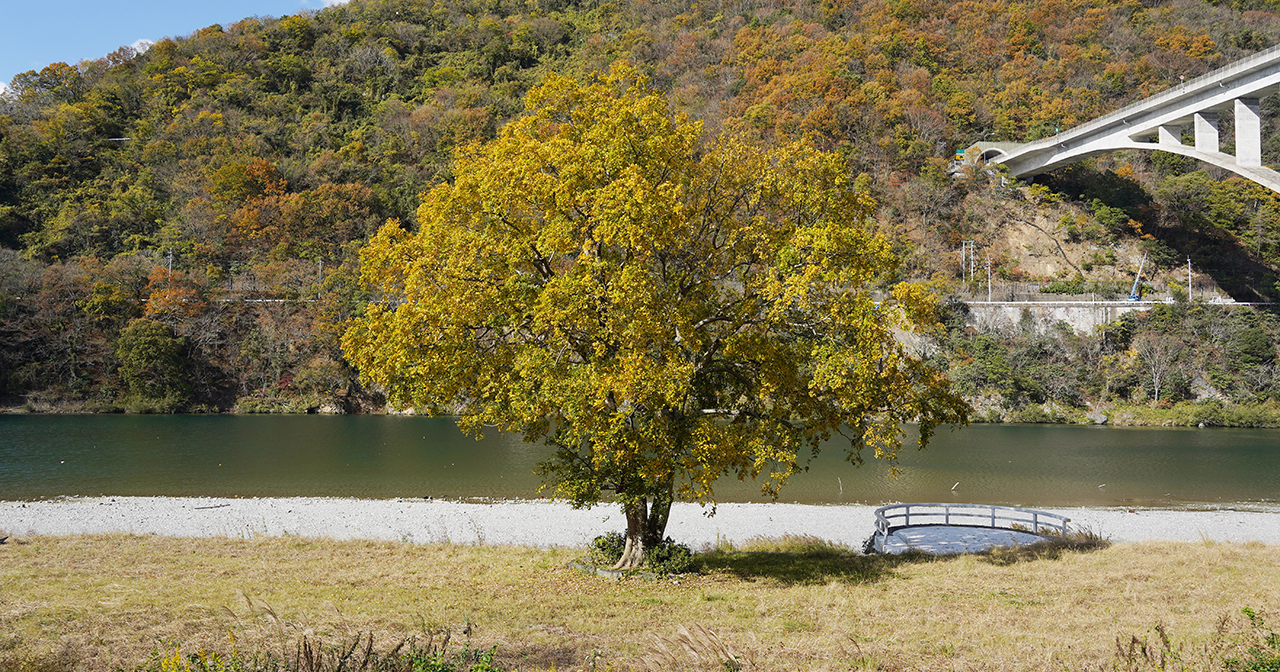 A favorite tree on the edge of Lake Ikeda

At around nine o’clock in the morning, I met up with Juri Fujisaka, the subject of the very first episode of the “86 Hugs” special feature series, at Lake Ikeda. She was born in Miyoshi City and grew up in a lumber mill. The tree she introduced as her favorite tree in Miyoshi City was a large tree sitting here on the banks of Lake Ikeda.

Fujisaka is engaged in activities to promote self-care through organic cosmetics and flower essences. By offering training for therapists and nurses and self-care workshops for mothers and working women, she continues to propose a lifestyle with a deeper level of healing.

After living in Tokyo and abroad, Fujisaka moved back to her hometown in 2019 and currently lives in Miyoshi City, Tokushima.

“This tree is unique somehow. It has a presence that other trees don’t have, as though it’s watching over me…” When I asked her to stand next to the tree as she told me its story, she seemed a little hesitant to touch it. This tree is a great tree that deserves respect, she said.

She told me about how she had lived in Tokyo and abroad and had experienced work and parenting in the metropolis—a completely different environment than the wilderness here where she had grown up. At some point, however, her mindset gradually changed, and she began thinking about living somewhere surrounded by more nature. Although she considered many potential moving destinations, none seemed to stand out as places where she wanted to live.

The only place that seemed to fit both logically and intuitively, and not simply because of nostalgia, was Miyoshi City where she was born and raised.

When one actually starts living here, one is overwhelmed by nature’s energy every day. The trees in this city are so free and unhindered that one begins to feel sorry for the trees growing in busy urban environments.

Fujisaka often visits Lake Ikeda, and she says that taking a stroll along the water’s edge while gazing idly at the lakeshore clears her mind. As time went on, spending time at Lake Ikeda became something akin to her life’s work. I suppose it didn’t take long for her to notice the special presence that emanated from this tree. 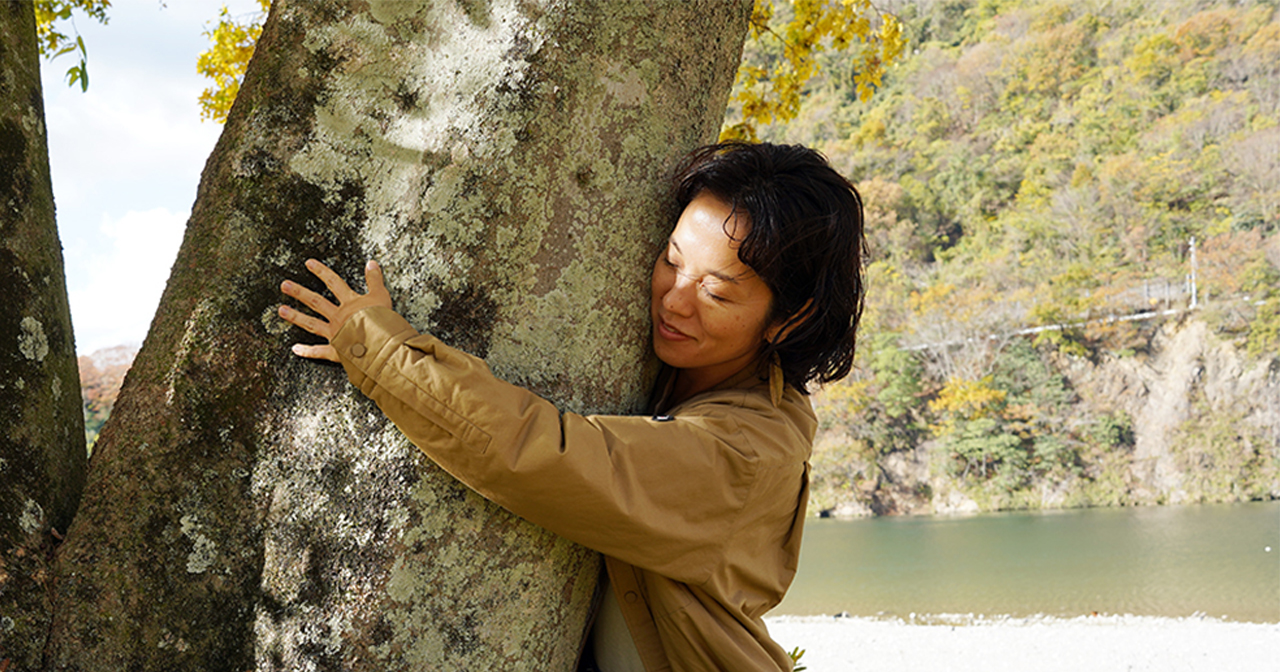 “Just like how women are compared to flowers, I think trees have a somewhat masculine presence,” Fujisaka says.

Fujisaka’s first name, Juri, is written with characters that mean “village of trees.” This name, she says, was given to her by her father, who once told her that he gave her this name with the hope that she would one day return to her hometown and become a leader in the community. I can’t help but imagine that this tree, which she dearly respects, might be her father.

The Tree: A tree by Lake Ikeda

Living Miyoshi City, a city that’s 86 percent forest, we tend to forget that we’re in a lush environment with trees all around us—trees we played under as children, trees that we see on walks or on our way to school or work. This 365-day photo and article series asks Miyoshi City residents to introduce their “favorite tree,” an unforgettable tree that they personally cherish, and shows them hugging that tree.