River Guides are on the river almost every day during Yoshino River’s open season, which lasts from April to October. If you ask one of them what they’re doing on their day off, they’ll likely reply, “Going to the river.” It’s simply a part of life for the River Guides of Yoshino River, where rafting, kayaking, stand-up paddle boarding (SUP), and other water adventures are so commonplace.

Rookie River Guides work hard to improve their skills, floating on the surface of the crystal-clear water and feeling its healing powers, plunging into the rapids to experience its thrills and excitement, and gazing at the river, imagining the line the current makes as it flows downstream. A wonderful aspect of the Yoshino River is that there’s always someone there frolicking in it. We respectfully refer to such river-lovers as “River Idiots.”

Just the other day, I encountered a River Guide, or River Idiot, out there playing in the Yoshino River.

It was Misaki Yamashita, from Hiroshima, who’s aiming to become a rafting guide.

After experiencing rafting on the Yoshino River, she became interested in river guiding, the job of directing the boat used by river guides, and quit her job in Hiroshima to work for a rafting service company in Miyoshi City. Currently, she has completed her training period and is working as a guide.

After completing the training period and being promoted to a guide (becoming able to guide customers on her own), her fascination with the river only continued to grow. 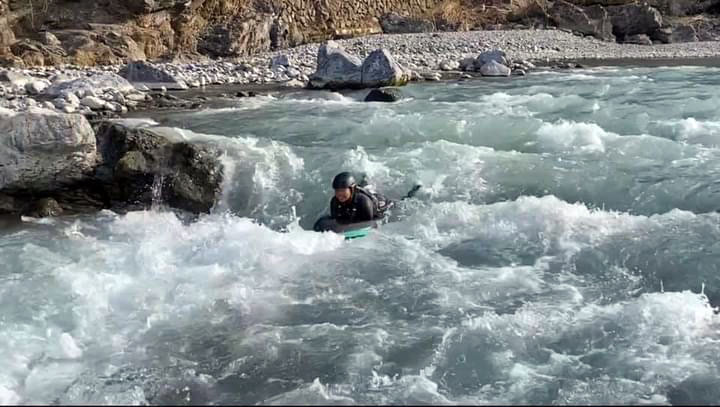 Her helmet was the only thing visible above the surface of the river as the whitewater current carried her toward me from upstream. She looked as though she was being swept along with no equipment, but she was holding a river board in her hands and had fins attached to her feet. Feeling the complicated current with her entire body, she drew a precise line down the river. I’ve played in the river with a Paddle Boat before, but anyone who rides the river with their whole body must be quite the “River Idiot.” Or just completely nuts.

I asked her what drew her to riverboarding, which seems like such a reckless activity at first glance.

“It was the encounter with completely new sensation. I realized that I could feel the river with my whole body and naturally enjoyed it, forgetting that I’m not a strong swimmer. The feeling of crashing into the waves with everything I had was a great stress reliever!!”

After blurting this out excitedly, she added that it’s a very complex and deep sport in which how you position your body changes the way you move. 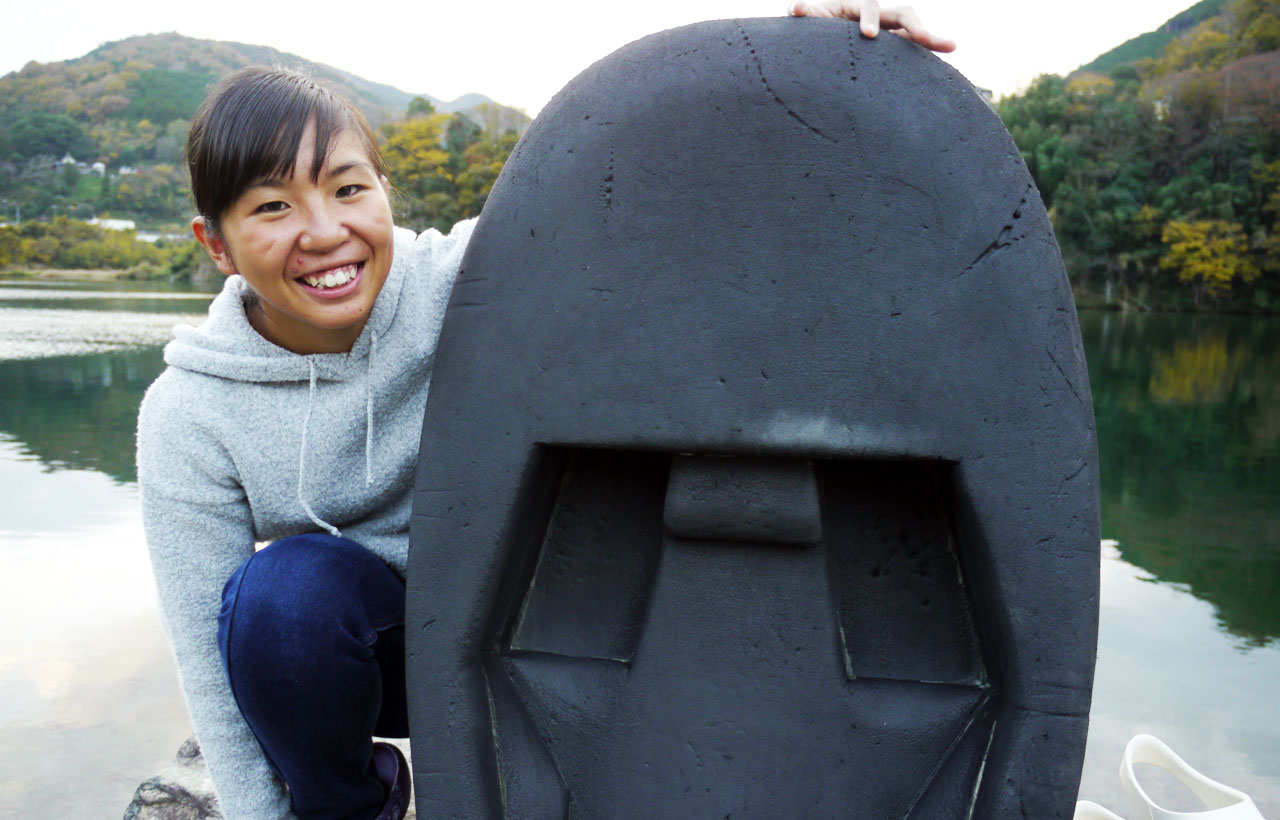 The appeal of riverboarding lies in its simplicity. The main equipment are the fins, which are important for generating propulsion, and the riverboard, which acts as a steering wheel to determine the direction of travel. Kicking your feet as though trying to grab the water is essential, so it’s a great way to exercise the lower body for those who need a workout—or maybe it’s a little too intense for that…

The difference between rafting and riverboarding, she says, is that riverboarding allows you to do what you want more directly, “increasing the excitement and thrill.” The key to the descent is to “prepare yourself, be determined, and plunge into the waves with a smile!!” Exactly the answer one would expect from a “River Idiot.”

After experiencing the exciting rush of the river descent, a feeling of hunger sets in. It’s supposedly quite common for people to end up eating more calories than they burned by riverboarding.

Apparently, she doesn’t have many friends who are into riverboarding, and her ultimate ambition is to descend the river with a bunch of friends. “Please try it! It’s fun!” The way she talked about it made me feel less intimidated by the ordeal of getting into the freezing water.